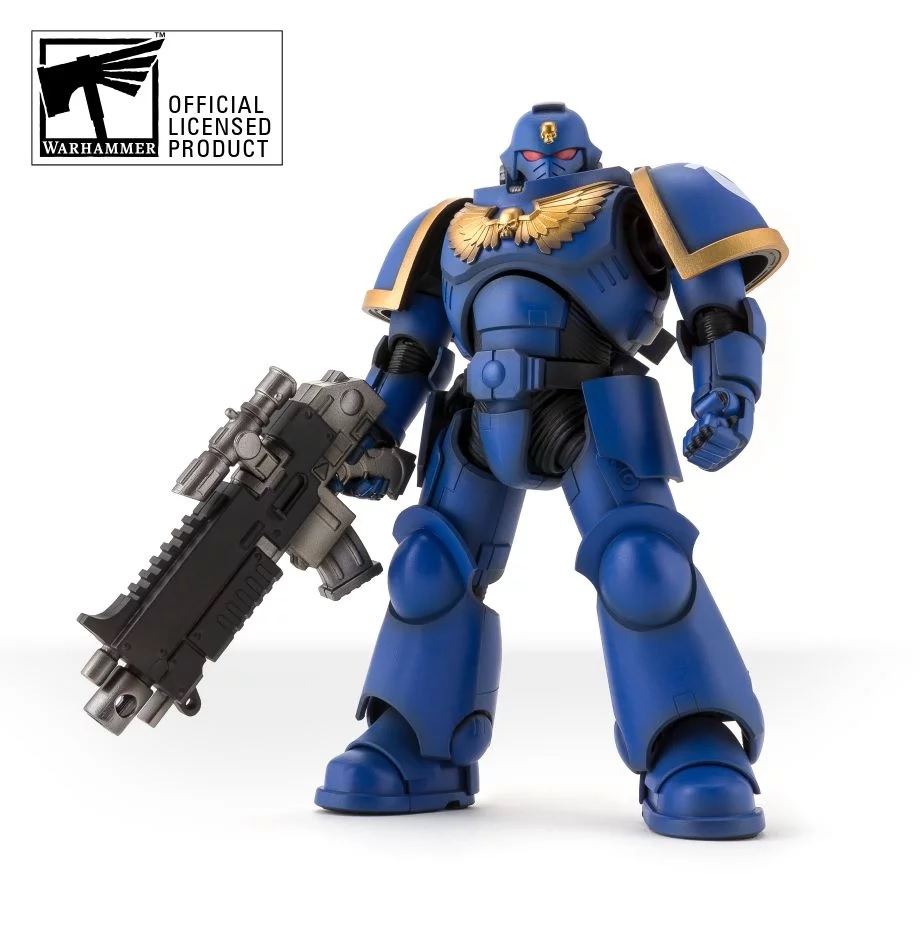 Please Note: Here at Games-Workshop.com, we’ll be taking orders for up to 9,000 of these action figures, and we expect them to go quickly. Once the order period ends in November 2019, Bandai will then begin production, and we’ll start fulfilling orders in the second quarter of 2020! If you are ordering other items and would like them sooner, please order them separately to avoid any delay.

The Adeptus Astartes, commonly known as Space Marines, are incredibly powerful transhuman soldiers armed with potent weapons of war and power armour that allow them to go toe-to-toe with the unspeakable horrors of the 41st Millennium. They’re organised into over a thousand Chapters, each with their own heraldry, history and methods of warfare. The myths and legends of one such Chapter, the Ultramarines, reaches back over ten thousand years. Their unblemished record marks them out as shining examples of everything that makes the Adeptus Astartes Humanity’s greatest defence in a galaxy consumed by total war.

The distinctive armour and weaponry of the Space Marines have been explored in the form of miniatures for longer than Warhammer 40,000 has existed but never at this scale – until now. Our partners at Bandai have captured an unprecedented level of detail, yet deftly honoured every aspect of the iconic design that makes the Adeptus Astartes instantly recognisable. This incredible figure will be the pride your collection, displayed prominently on your shelf to amaze and inspire you for years to come. Of course, nobody could blame you for spending hours putting him into dynamic power poses and making pew-pew noises for his bolter – the figure is so well articulated that you can even pose him running or kneeling! All told, there are over 50 points of articulation – you’ll find 11 in the head and waist, 8 in each arm, and 12 in each leg.

This first of its kind action figure depicts an Ultramarines Primaris Intercessor – a brother of the 2nd Company, assigned to the 3rd Battleline Squad. This 8” figure is cast and assembled with the exceptional quality you’ve come to expect from Bandai, and painted to a very high standard with accurate markings and heraldry. He’s armed with a holy bolt rifle and vicious combat blade, including swappable, alternate open hands. This figure also comes complete with a display box that’s impressive in its own right, if you prefer to show it off with the seal intact. 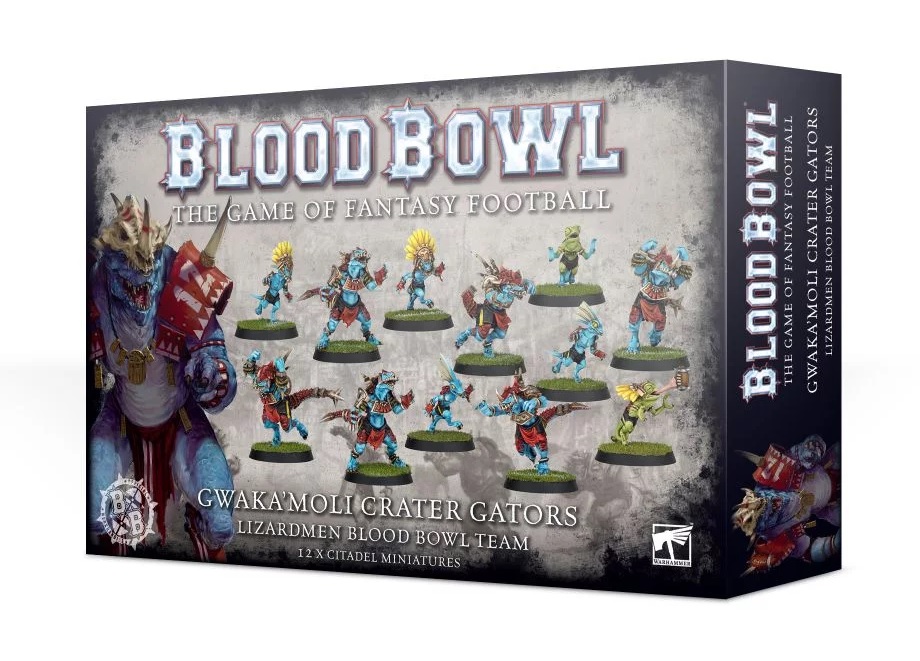 If rumours are to be believed, the origins of Blood Bowl lay in Lustria, home of the ancient and powerful Slann, and their Lizardmen servants, at the very dawn of time. Though the game has moved on and evolved in the Old World, the Lustrian League is working with the NAF to bring the old and new closer together. The Gwaka’moli Crater Gators have made the leap across the world-pond to match their skills against some of the biggest names in the sport, and their natural talent and unconventional playing style have proven to be a massive hit with fans.

If you’re looking for a funky and fresh new twist to the game, Lizardmen teams are where it’s at. They have access to the best of both worlds: with players that are strong and tough, plus fast and agile ones. Once you get the hang of using your Saurus Blockers (not to mention Kroxigors if you really want to make an impact) to protect the nimble Skinks long enough to perform some slick plays, you’ll find yourself scoring again and again. Add their unconventional aesthetic to the mix, and you’ve got a team that looks great, plays well and scores big.

This multipart plastic kit contains all the components you need to assemble the Gwaka’moli Crater Gators, a Lizardmen team for use in games of Blood Bowl, containing 6 Saurus Blockers, 4 Skink Runners, and 2 Chameleon Skinks, plus a roster sheet. Also includes a transfer sheet, 2 Slann-statue turn markers, egg-themed balls, and 12x 32mm Citadel round bases which feature holes to place the ball.

The rules to use Lizardmen teams in your games of Blood Bowl can be found in Spike! Journal 7. 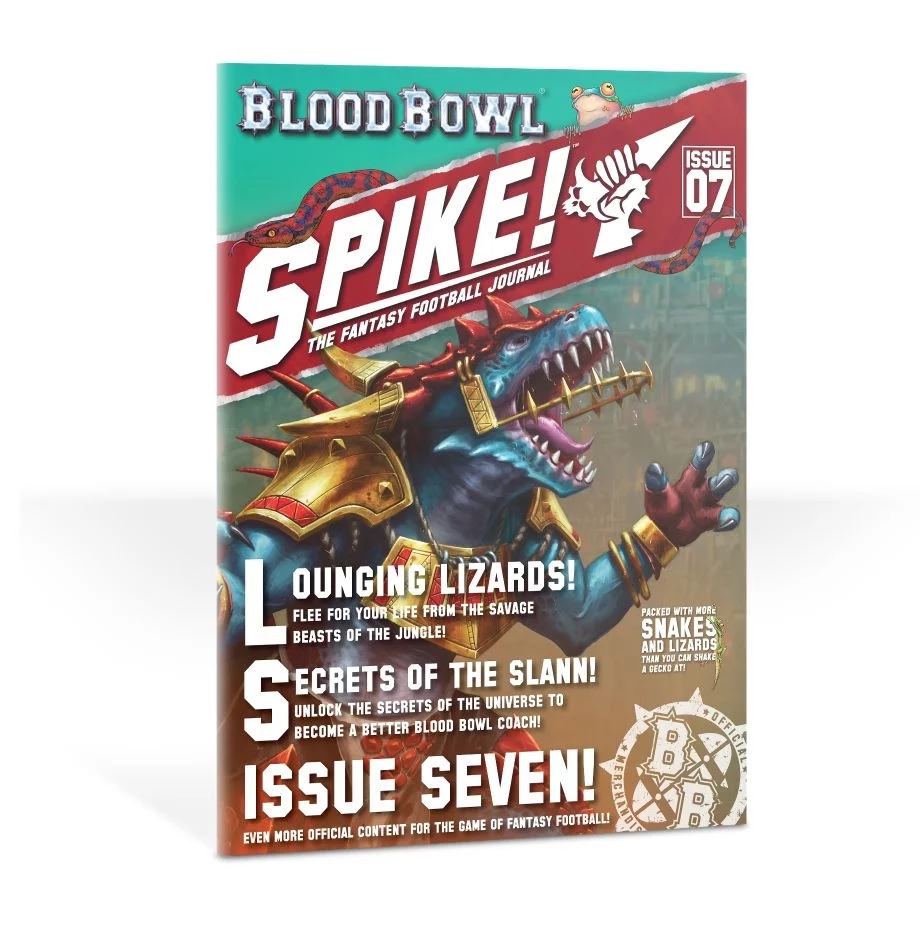 Take a Blood Bowl tour to the New World in Spike! Journal 7. Guest editor Pterry Dactyl plunges into the jungle to explore the exciting history of the game, rumoured to have been invented by the Slann and their Lizardmen servants.

The Lizardmen are ready to make a splash on the Blood Bowl scene. Combining the cold-blooded killer instinct and steely-eyed defence of Saurus Blockers with Skinks possessing speed and agility to rival the fastest teams on the pitch, the illustrious Lustrians play the game like they were spawned ready to play… because they were.

This issue is packed with everything you need to know about Lizardmen in Blood Bowl, and then some!

– A Lustrian Adventure: setting out the broad history of Blood Bowl in the New World, and the various cold-blooded creatures that play it.

– Star Player Spotlight: Anqi Panqi – This massive Temple Guard Saurus is just what you need to shore up your line of scrimmage, and he only plays for Lizardmen. Take a look at his history, stats, and in-game cost.

– Chat With the Rat: Hackspit ‘the Scribbler’ Quillchewer interviews Georgie Johns, an adventurer-archeologist who specializes in Lustrian history. He asks her a series of very oddly pointed questions about the history of Skaven-Lizardmen relations in the New World.

– Star Player Spotlight: Glotl Stop – This Kroxigor doesn’t come cheap, but once you see what he can do for Lizardmen and Amazon teams, you’ll understand why. Dig into his background, rules and cost in this issue.

– Lustrian Leagues: Run a season in Lustria and see how (some would say) the game is meant to be played! Take in the full rules for running matches in the temple-stadia, including rainforest weather patterns and an alternative kick-off table.

– A Skink in the Plan: Top tips for getting the most out of the variety of players available to Lizardmen coaches. Here’s a hint: hide the quick, squishy little ones behind the big, scary ones until the last moment. You’re welcome!

– Star Player Spotlight: Drull and Dribl – Get two for the price of one with twin Skinks! They’re surprisingly violent in all the right ways. Take a look at their unusual story, stats and the cost to add them to your roster.

– Travellers from Beyond the Stars – A true and completely unbiased account of the Slann, the most powerful mages that ever lived, which we weren’t at all compelled to write by powerful sorceries. Plus, how to hire them as an Inducement for both Lizardmen and Amazon teams.

– Dirt from the Dugout: Mindy Piewhistle dishes about the conflict between the priests of the Old Ones and those of Nuffle. There are… differences of opinion when it comes to the ‘right’ way to play.

– Coffin Corner and Tatzina Babarini’s guide to Lustrian Style: You’re not going to find coverage like this anywhere else, folks. Get the inside scoop on these mysterious players and their home.

– Classic Commentaries: Bob Bifford’s shares a riveting tale of a memorable game played against the Ssservants of the Ssslann. We double checked, and that’s definitely how it’s spelled. 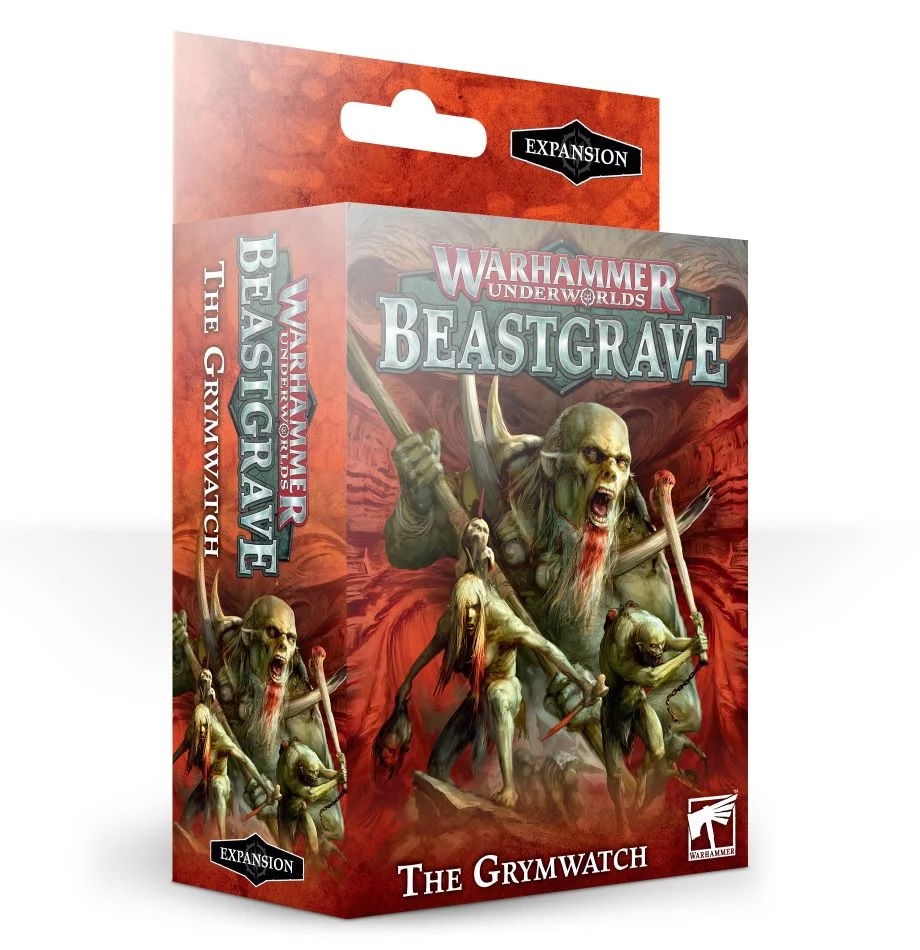 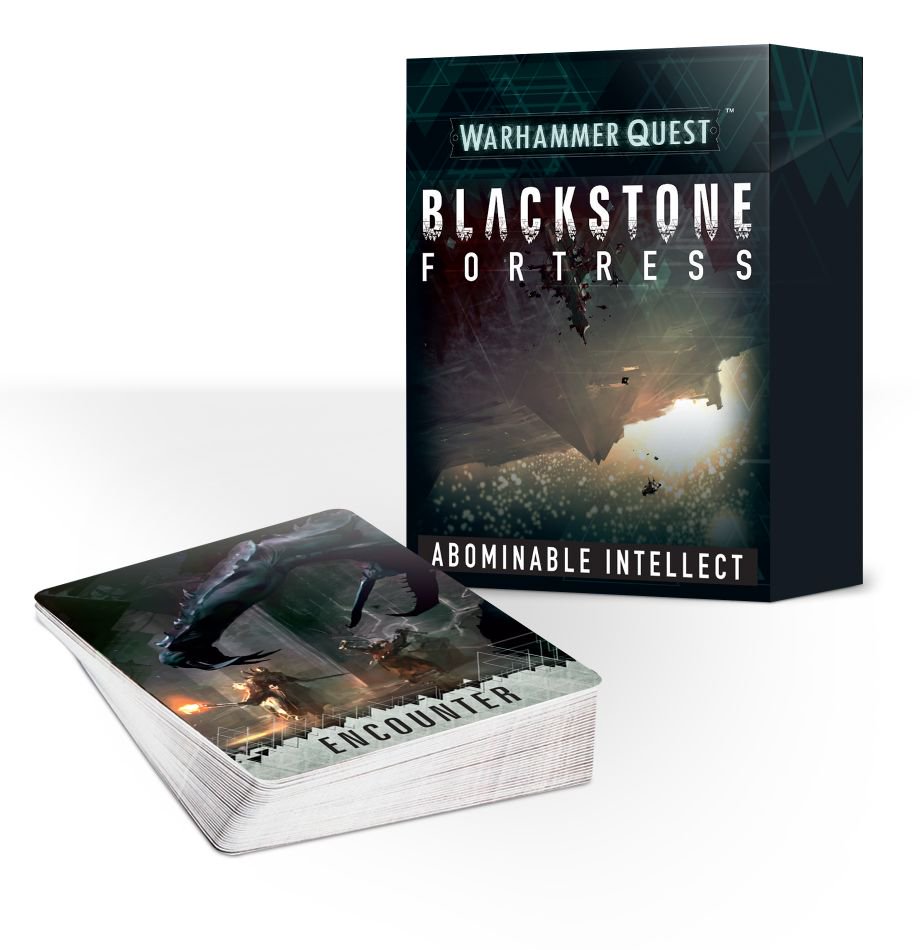 An Abominable Intellect rises in the Blackstone Fortress to challenge even the most experienced of adventurers.

The rules in this set allow you to increase the difficulty of your Warhammer Quest Blackstone Fortress games, and present fresh tests in the form of nightmarish twists and an increased hostile presence.

Contents
– 34 new encounter cards and a rules card which explains how to play the game in Challenging or Abominable modes.
– 9 additional encounter cards for use with the Dreaded Ambull, Traitor Command and Escalation expansions.

You will need a copy of Warhammer Quest: Blackstone Fortress to use the contents of this pack. 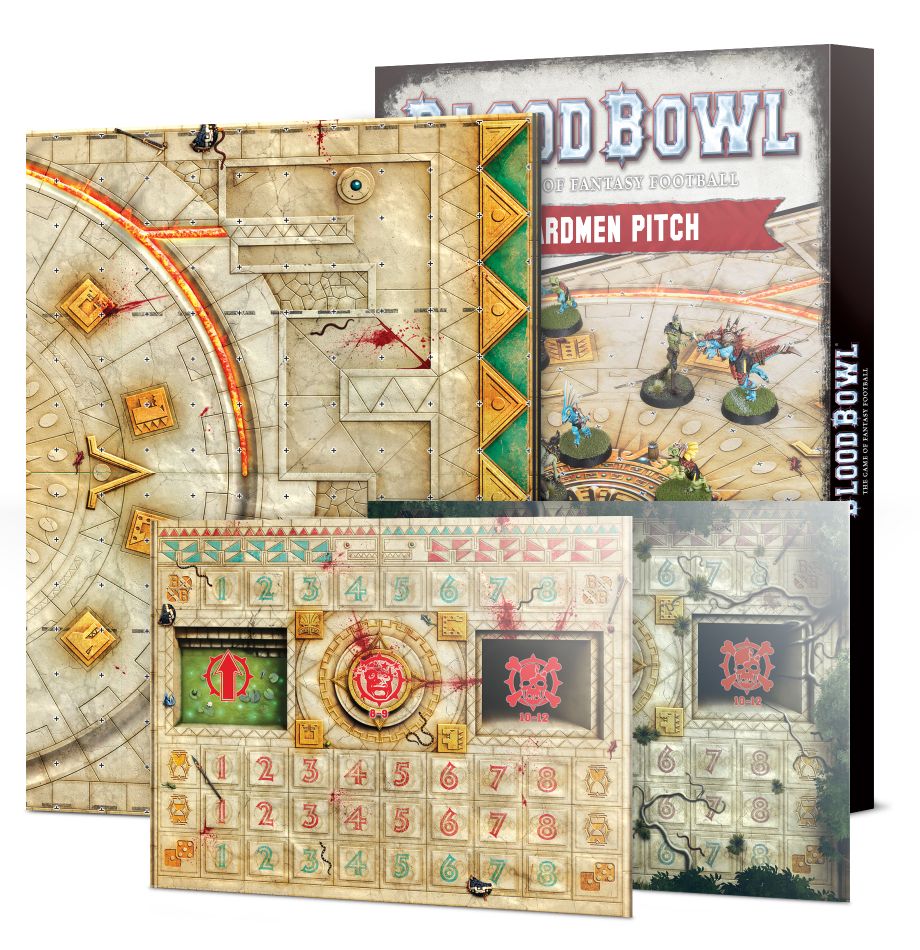 The jungles of the New World are riddled with the remains of ancient temples, built by the Lizardmen in service to their Slann masters. This reversible Blood Bowl pitch features one such ruin, in two different states. On one, the temple lies dormant, the flora and fauna of the rainforest threatening to reclaim it. On the other side, the temple has been pressed into new service by the Lizardmen, with fresh glyphs and blazing pyres.

You’ll also find a pair of matching double-sided dugouts to complete the theme. Each dugout features a score tracker, boxes for Reserves, Knocked Out and Serious Injury, plus goal and re-roll trackers. Rules to use each side of the pitch are included for easy reference. 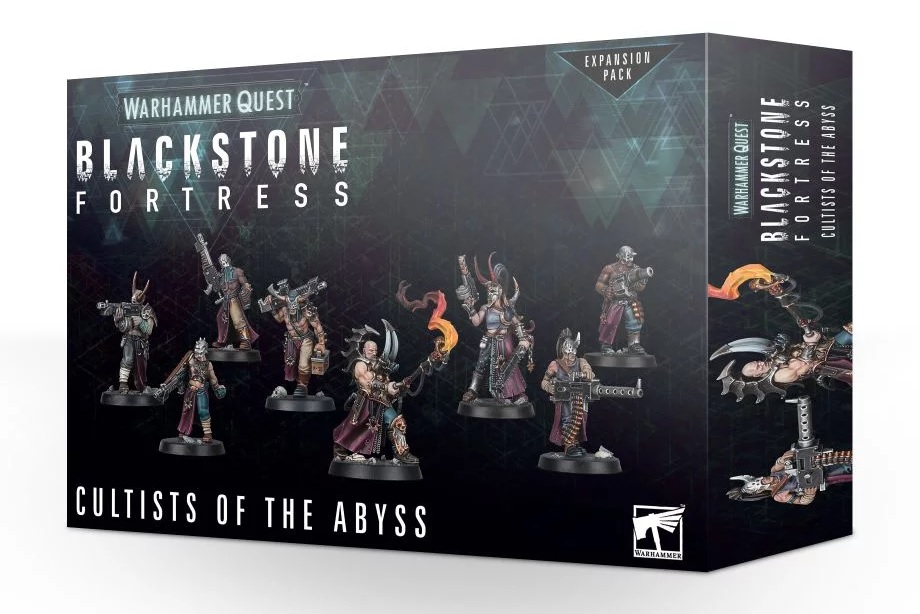 This is a multipart plastic kit supplied with 1x 32mm and 7x 25mm Citadel round bases. 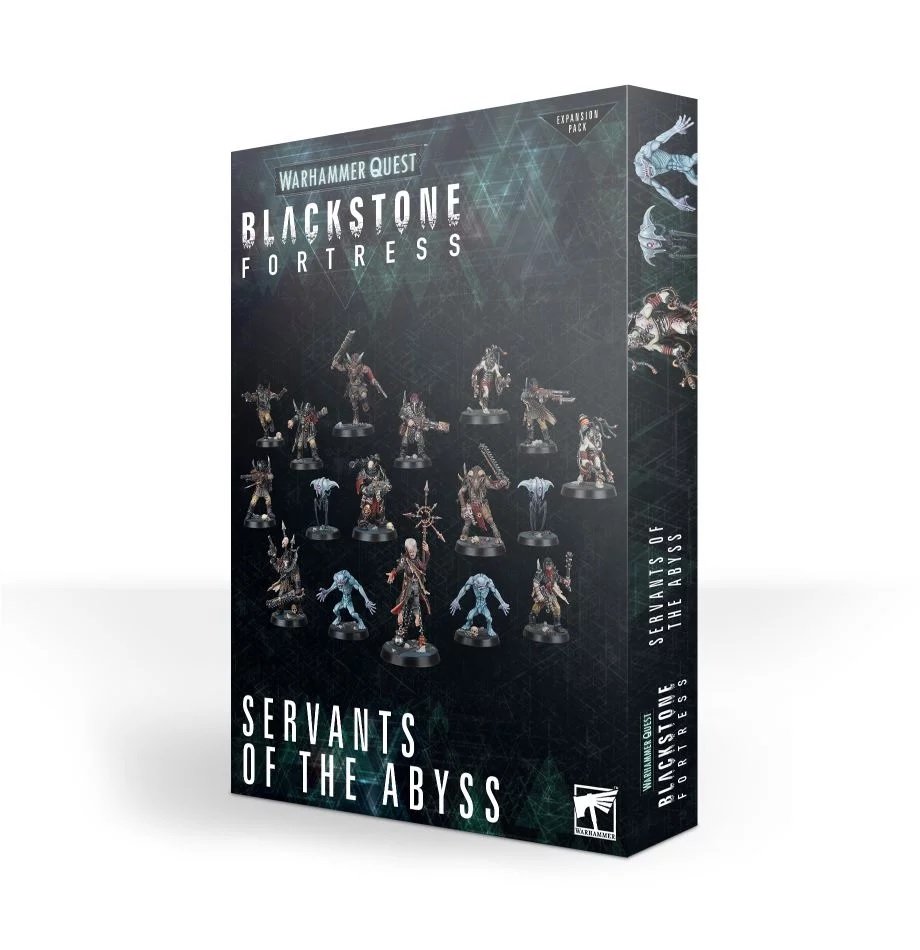 This is a multipart plastic kit supplied with 8x 32mm and 9x 25mm Citadel round bases. 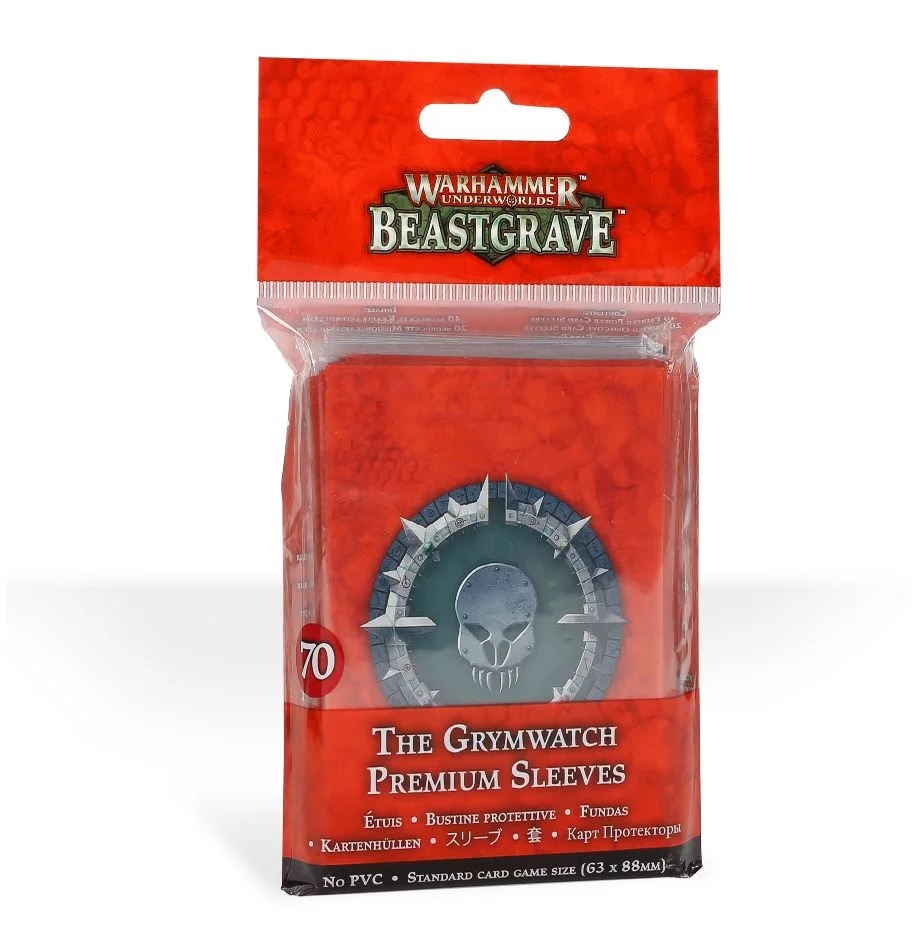 Protect your cards from spilled tea, tears and slavering spittle with these specially themed card sleeves! Hard-wearing, great-looking and designed for smooth shuffling, they’re a must have for any fan of the Grymwatch looking to keep their Warhammer Underworlds deck in great condition. 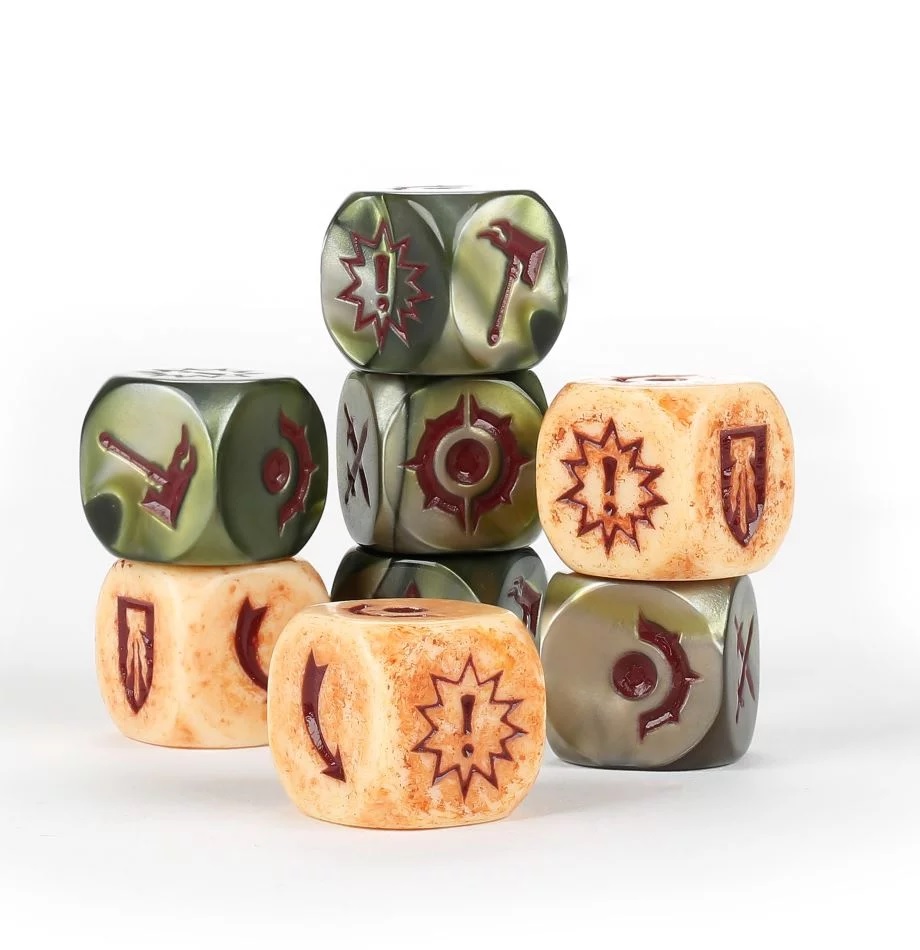 Show your dedication to the Grymwatch with these nifty custom dice! This set contains some extra attack and defence dice for your games, cast in bespoke colours to match this Flesh Eater Courts warband. 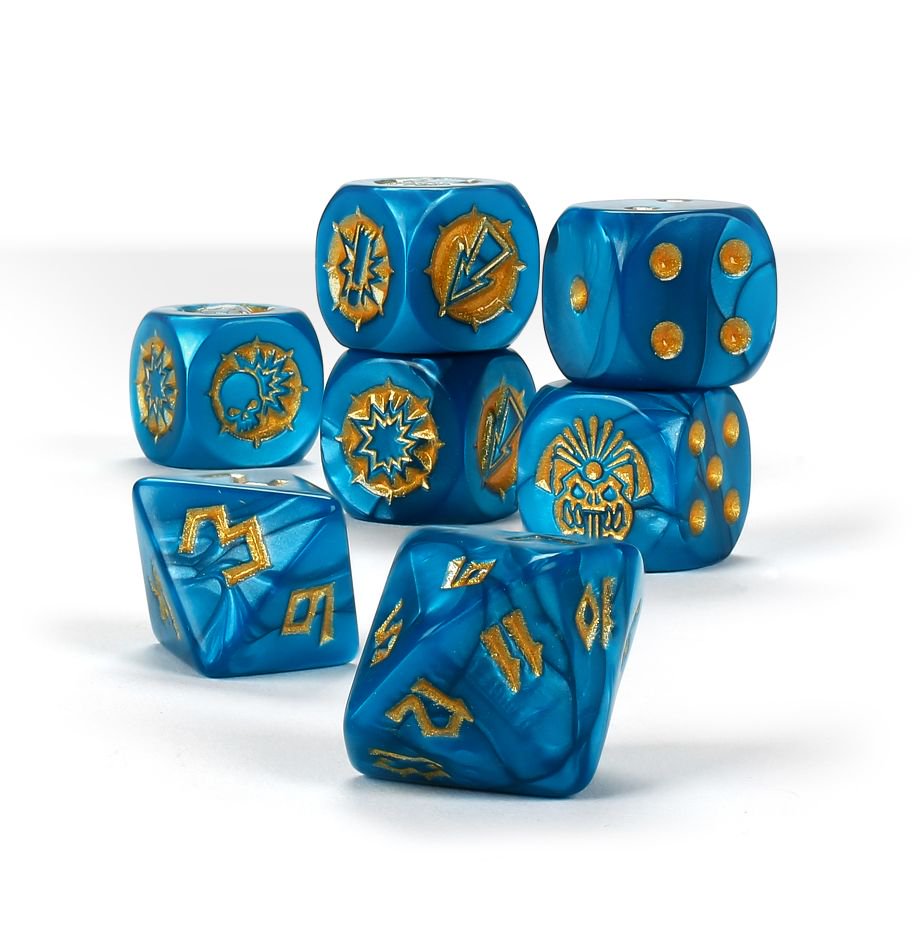 Lizardmen are products of their environment – Lustria is rich in natural resources, including precious stones and metals that are rare in the Old World. These stunning turquoise dice with gold markings call that richness to mind, and match the team’s exotic decorations.

What are you looking forward to this weekend from Games Workshop?