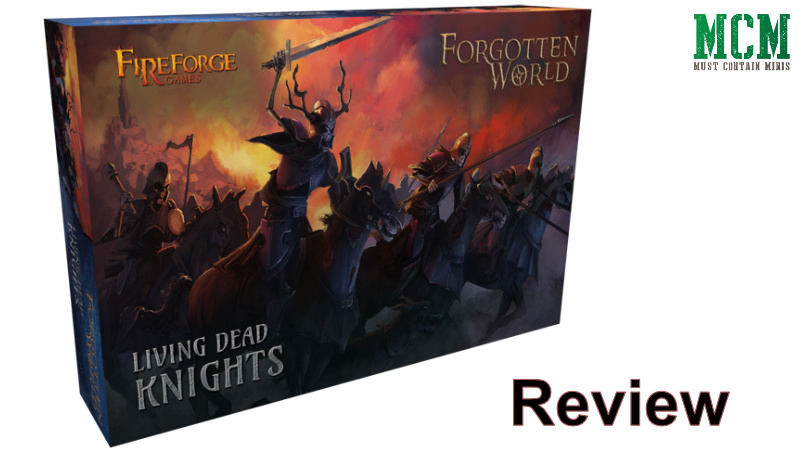 Personally, I like these miniatures. They are fairly affordable, fun to build and look pretty decent too. Their original sales approach was through Kickstarter and I have been hearing from various people that their orders are coming in. Now, you can purchase certain boxes from their website. This is one of the sets available today. 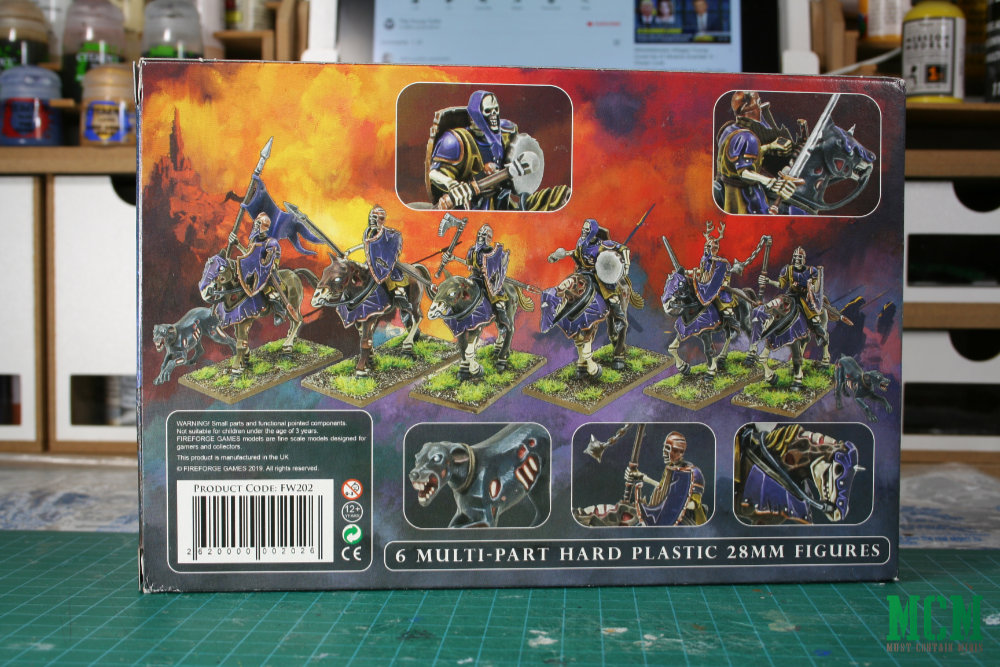 A look at the back of the box. Yes, the boxed set comes with two bonus miniatures – undead dogs.

From this box, you actually get eight 28mm miniatures. They give you enough bases to do the horses on either squares or ovals. This means that you also have bases for the two bonus miniatures along with four more bases. Now, let me show you how the miniatures look after I built them.

A troop of six mounted undead knights and two zombie dogs comes in this boxed set of minis.

Not bad at all, and they are going to look good on the table whenever I get around to painting them.

The picture above is not 100% clear due to its size, so let’s take a closer look. Keep in mind when you look at these blown-up images that the miniatures are 28mm and I didn’t do anything to emphasize the shading areas. 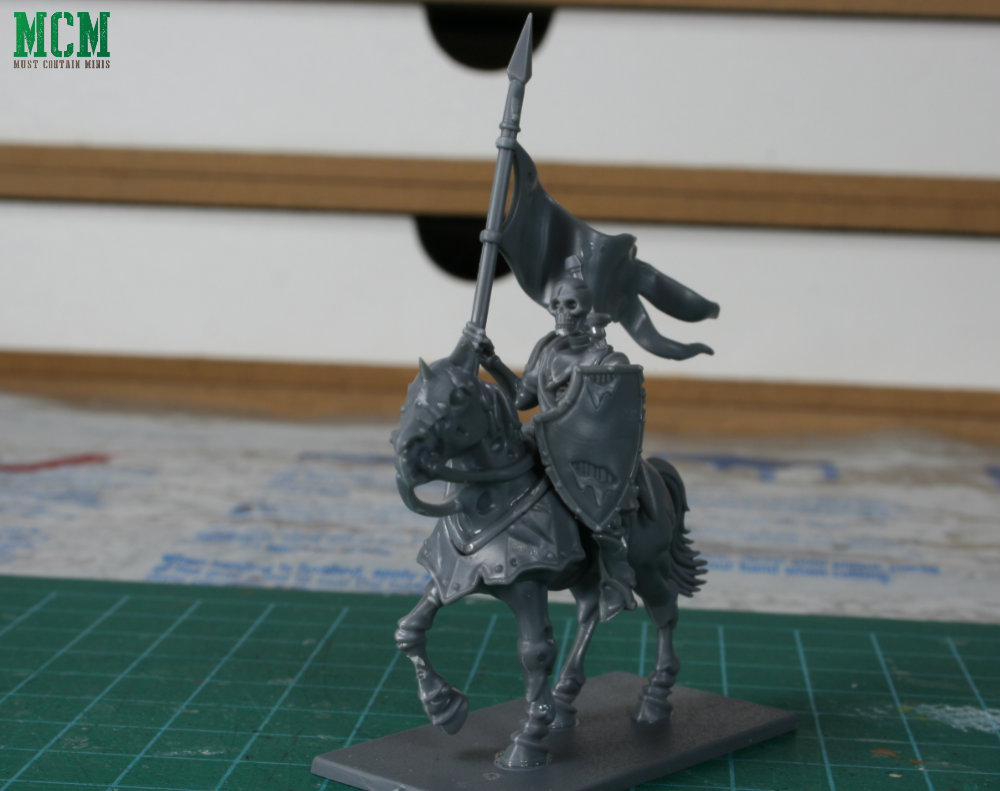 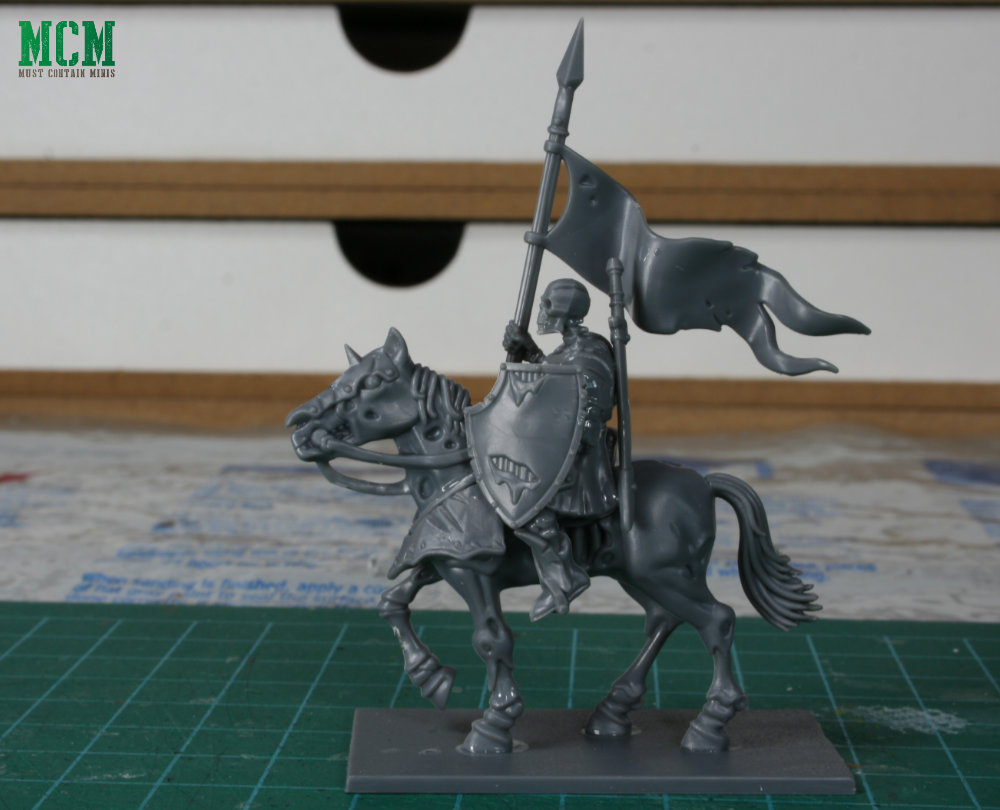 Another angle on the same mini. 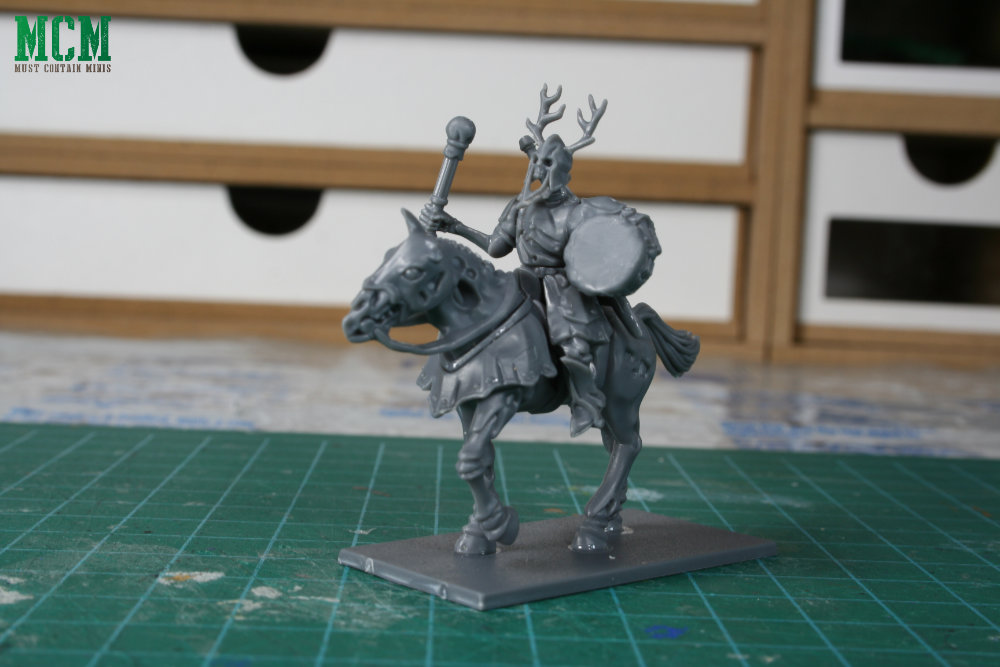 The unit’s musician. I wonder what the benefits will be for him once Forgotten World’s rules are released. 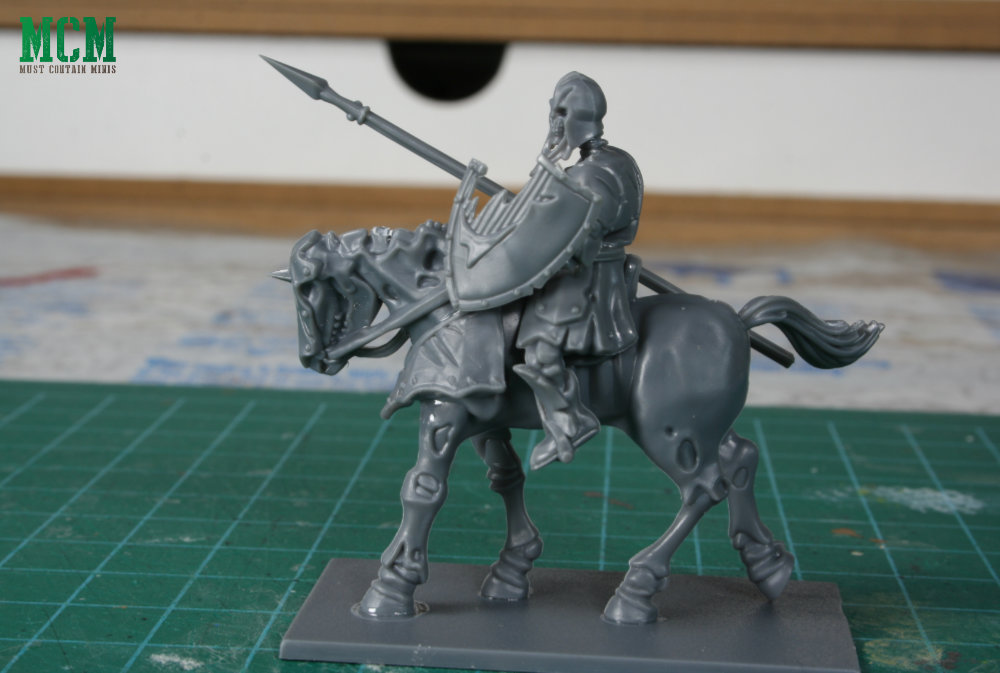 I really like how well this one turned out. He is one of my favorites. 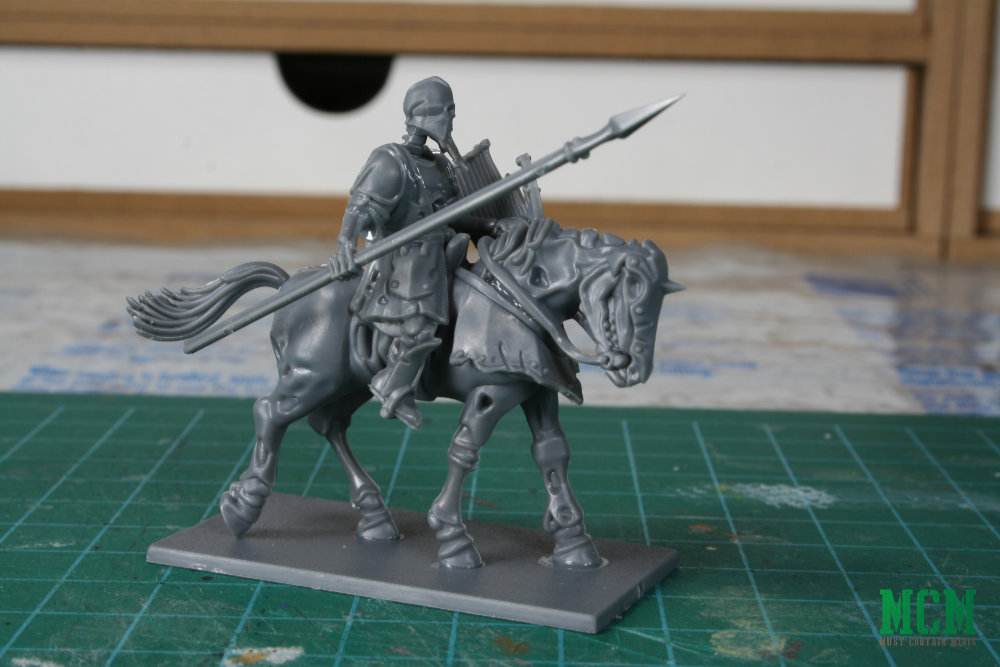 While he is one of my favorites, I modeled him with his arm a little too far out. He will have to be on the edge of the movement base for him to fit in file with the other miniatures. I didn’t have to make him that way, I was going for a more dynamic pose. The oval bases would have worked very nice for this one.

Now, this is a small sampling of the minis that come in the box. There are three more riders that I did not picture here. If you want to check them out, please take a look at my earlier review for them on Must Contain Minis.

Below is one of the two bonus miniatures that come in the Living Dead Knights box. Both of the extra minis are living dead dogs. 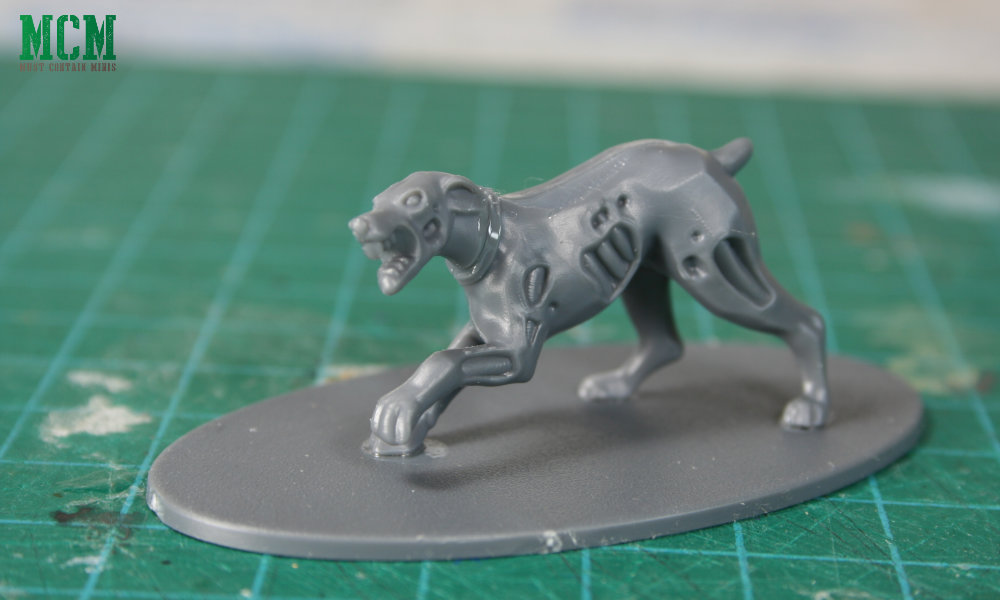 One of the two bonus miniatures. You could use this miniature in a number of games outside of the fantasy realm too.

One of the things that I always like is to know how the mini stacks up to others. Below are two photos for scale comparison purposes.

Overall, these are some nice hard-plastic miniatures. If you are interested in more about them, I have some sprue images and pictures of all of the knights on Must Contain Minis. I also wrote a post for Bell of Lost Souls, last month, reviewing Fireforge Games’ Living Dead Peasants boxed set for Forgotten World. Those are some pretty cool miniatures too!

Finally, as stated earlier, these miniatures are now available from Fireforge Games.