The Salamanders and the Imperial Fist FAQs are out now – check out the changes for the defenders of the Imperium!

The Codex Supplements have been out for about two weeks and that means it’s the perfect time for GW to drop some FAQs on us. Let’s take a look at the Sons of Dorn first with the Imperial Fist FAQ:

This one is pretty cut and dry. With the tweak to The Shield Unwavering, the Imperial Fists are still super tough to dislodge from objective markers. The FAQ also cleans up the interactions between the supplement and the remnants in Vigilus Defiant. Again, it is just clarifying that the supplement overrides similar rules from Vigilus Defiant. The strangest one, to us, is the removal of the Imperial Fists Siegebreaker Cohorot Specialist Detachment Stratagem. Not because of the rule itself, but the answer is …odd. Even though it’s got Imperial Fists in the name, it’s not an Imperial Fists Stratagem. Does it really matter? It was important enough to get FAQ’d, so there ya go! 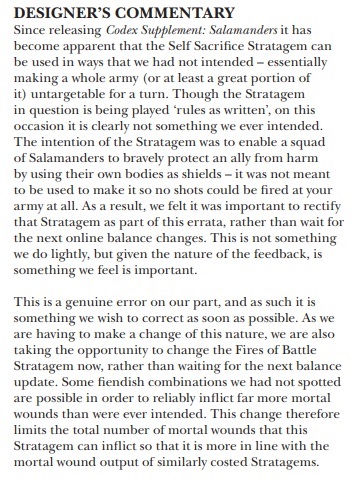 This one kicks off with the Designer’s Commentary first. It’s an interesting insight behind why GW is making the change. It’s also an admittance of an oversight on their part and it’s one they are quick to change – that’s a good thing. These changes are going to be considered nerfs to the Salamanders in the meta, but functionally, they were not working as intended. So let’s take a look at the changes to Self Sacrifice and Fires of Battle:

So there you have it. The two most dramatic changes are the updates to the stratagems. The Fires of Battle has been curbed in power to a max of 3 Mortal Wounds per phase with this stratagem. And Self Sacrifice has been reworked so that you can’t have an untargetable army. Stand Your Ground no longer impacts invulnerable saves and Drake-smiter Relics can do 9 damage a swing (with the right conditions). 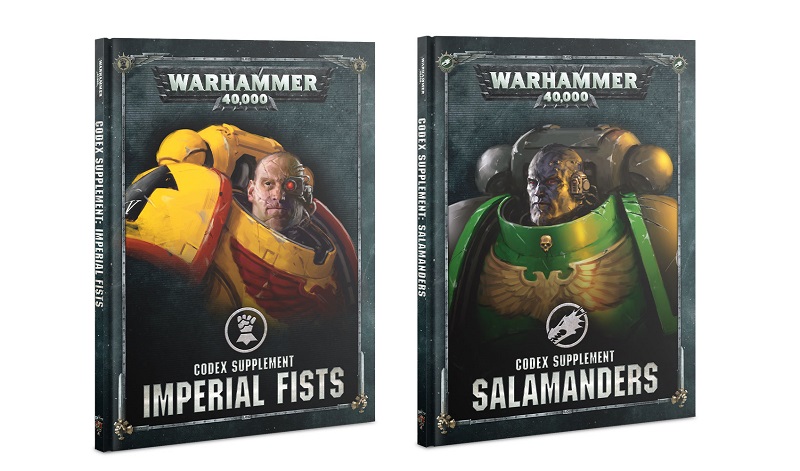 So there you have it, folks. What do you make of these changes to the Imperial Fists and the Salamanders? Over the line or some necessary tough love? Let us know in the comments!

If you’re going to make an army untargetable, shouldn’t it be Raven Guard or something?