Warhammer 40K: Something Is Hiding On Baal

The stage is set for the Battle of Baal round 2 – It’s Blood Angels vs Tyranids (again) and now we have a clue as to why.

Psychic Awakening Part 3 is going to pit the Blood Angels vs the Tyranids in a rematch that is sure to push the Blood Angel forces to the brink once again. Last week I asked the question “Why are we heading back to Baal?” Over the weekend, GW hinted at the answer:

In the video we basically have Mephiston following a similar line of thought that I had. Basically it’s something like this:

We fought the Tyranids all over the system. The Blood Angels and their successors fought an unending and adaptable foe. We are being pushed to our breaking point, but we are still here.

“But what cruel fate has drawn the Hive Mind to our home? Wracked by war and cursed by radiation, Baal offers little enough to sate the unfathomable hunger of the Devourer.”

Mephiston, in the video, acknowledges something I was wondering myself:

“The Tyranids are also known to avoid conflicts where the gains aren’t worth the losses. The Blood Angels proved Baal to be a very costly sector to try to devour. At this point, wouldn’t the Hive Mind just avoid that meal for easier prey? Especially with the intervention of Daemons – which don’t provide biomass anyhow.”

Why the heck are the Tyranids so interested in Baal?

The moons are pretty barren and the planet is basically a radioactive wasteland. Sure, there are living things to devour on the planet, but the Tyranids function by a rational set of rules when it comes to devouring planets. If the amount of biomass gathered is less than the amount needed to take it, bypass the planet and come back later (if necessary). The Baal system doesn’t stand-up to that rational argument at this point. Clearly, there is something ELSE drawing the Tyranids there. 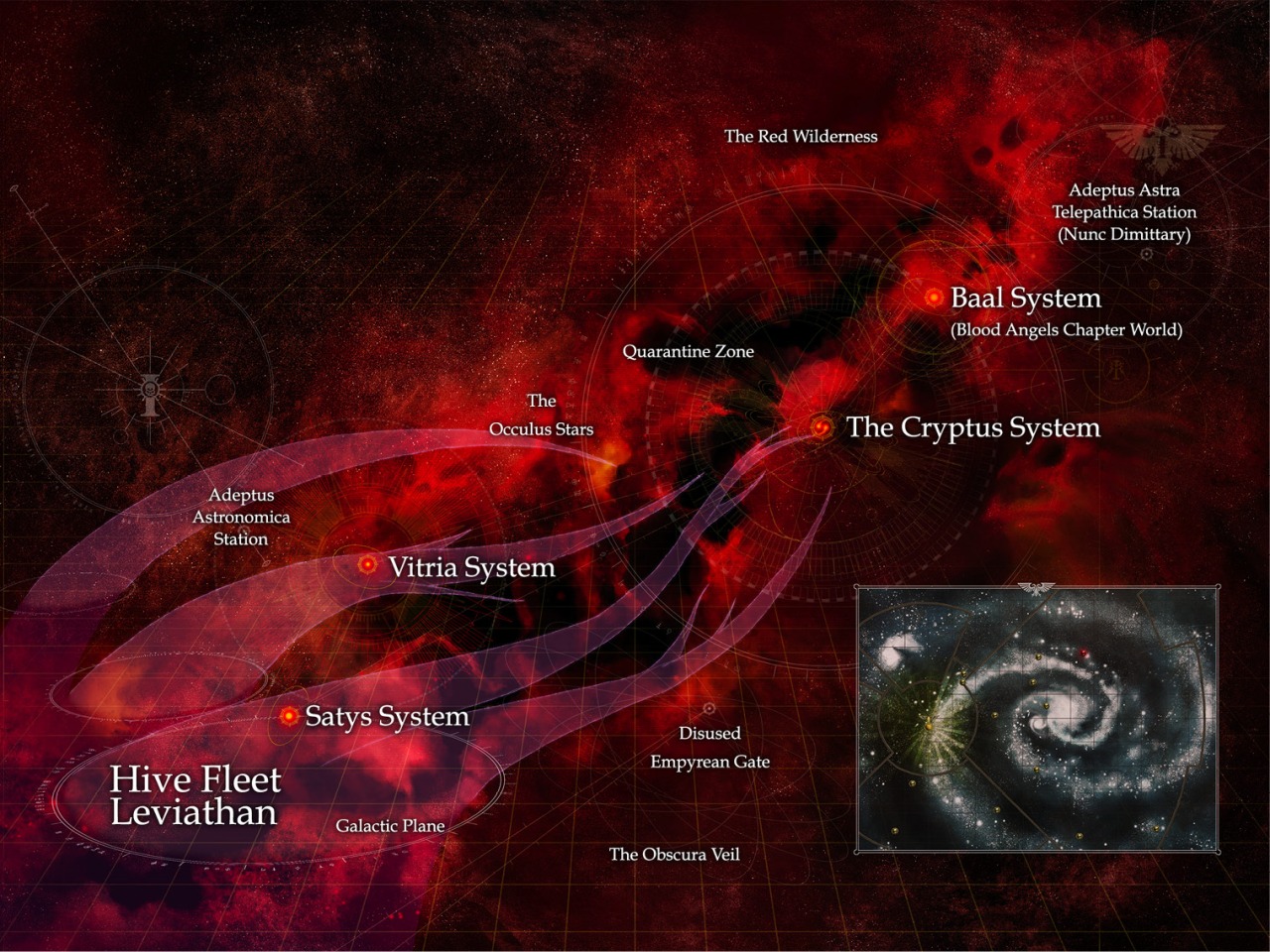 What could that driving force be? My guess is some sort of psychic beacon (I almost typed “bacon” and seeing as how this involves Tyranids, that still works – NOM NOM NOM). Looking at the overall narrative, this being Psychic Awakening, it’s the most obvious answer. There is clearly some Psychic McGuffin at play here and it’s certainly making me stir crazy.

Whatever the case, Detective Mephiston will have to work it. I think he might be the key to figuring out what is drawing the Tyranids to Baal and if he can solve that mystery, the home planet of the Blood Angels may be spared. Then again, there is alway the option for the Blood Angels and their successors to become a fleet-based chapter, right? Roaming Space Vampires sounds kinda fitting…

So what do you think this Psychic McGuffin will be? I’m hoping it’s something cool and game changing…