Dungeons and Tombs is the latest Young Adventurer’s Guide, and it wants to take you to some of the most famous–and deadly–dungeons of the world.

If you haven’t read our earlier review of the Young Adventurer’s Guides, then you don’t know that these are incredibly versatile books that help introduce the wonder and imagination of D&D to audiences of all types. As the title suggests, these books are aimed at younger adventurers, but there’s truly something in here for everyone. Especially newer players to D&D, who don’t have the benefit of having played the game for years, or even being super well versed in fantasy. 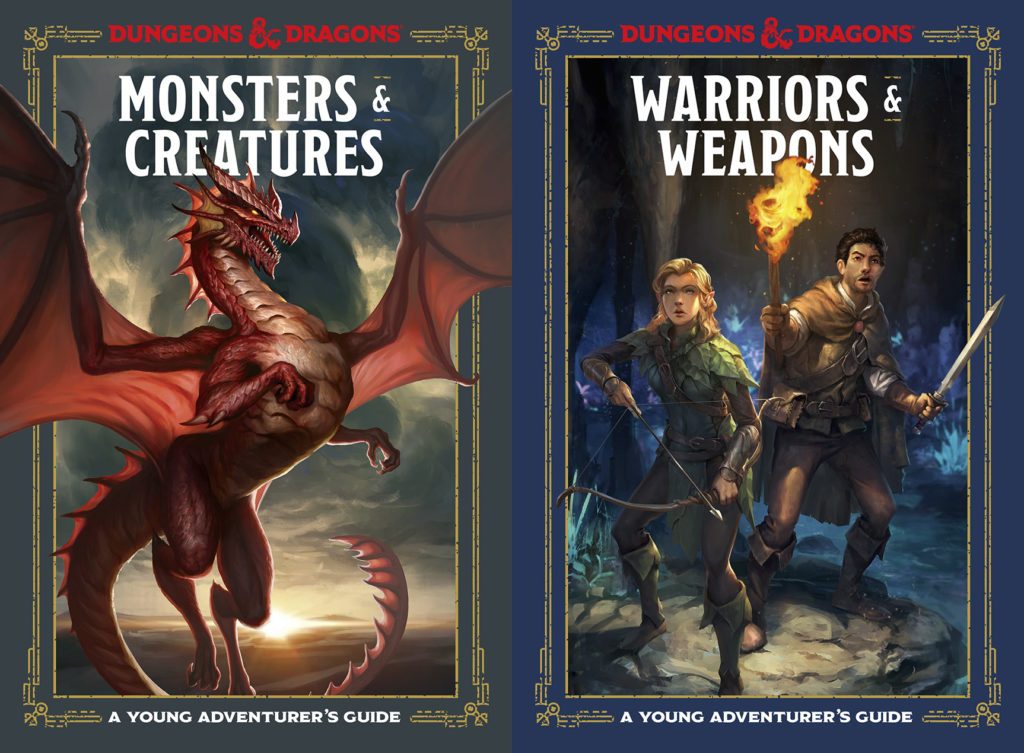 Each of these books is a guide, not to the rules of the game, but to the world. In the previous volumes, you’ll find advice and descriptions of the different kinds of weapons and warriors there are, as well as some of the more iconic monsters in D&D. And all the advice contained within sort of has the tone of a more experienced adventurer passing along their wisdom. It’s a great way to introduce someone to the game–all of these books start with story.

And for 5th Edition D&D, there’s no understating of how important narrative is to the game. I love how much these books explain the things we take for granted. Whether it’s stopping to get you to think about what an Elf really is, or taking a look at well-established dungeons like the Temple of Elemental Evil or Castle Ravenloft, and seeing them with fresh eyes, these books have a way of revitalizing the game. 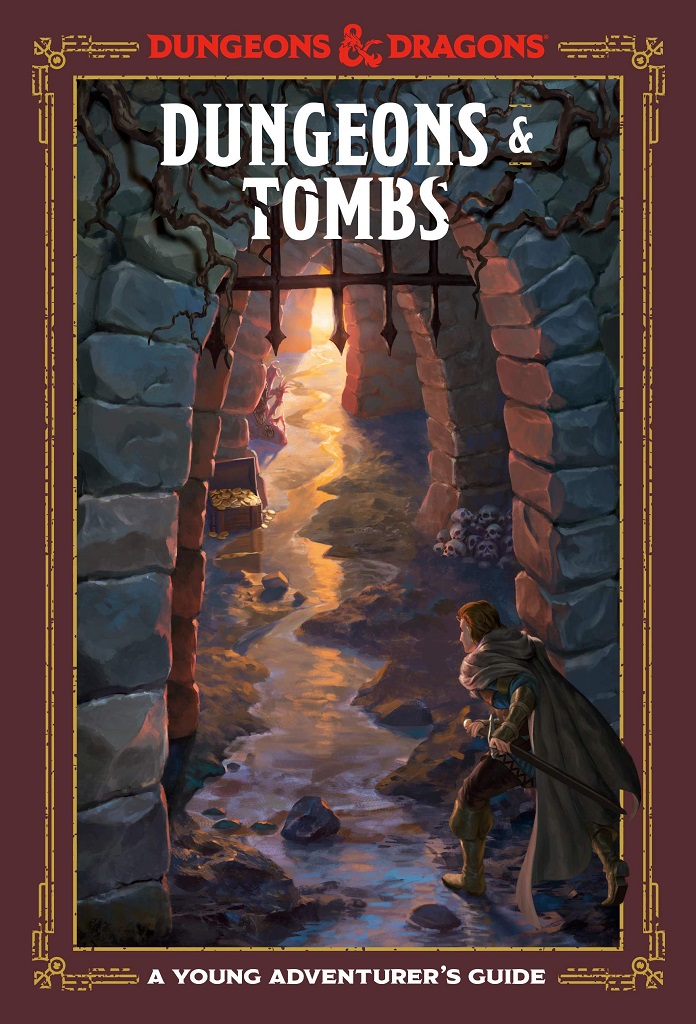 You can’t help but want to start playing, as you read through these books. They do such a wonderful job of hooking you in. And I think a huge part of that is, they’re not bound by having to make way for rules. These guides have the freedom to just play in the world, and so you can get a passage on Strahd von Zarovich’s castle that explains what you’ll find inside and helps spark the imagination of folks looking to play in it. 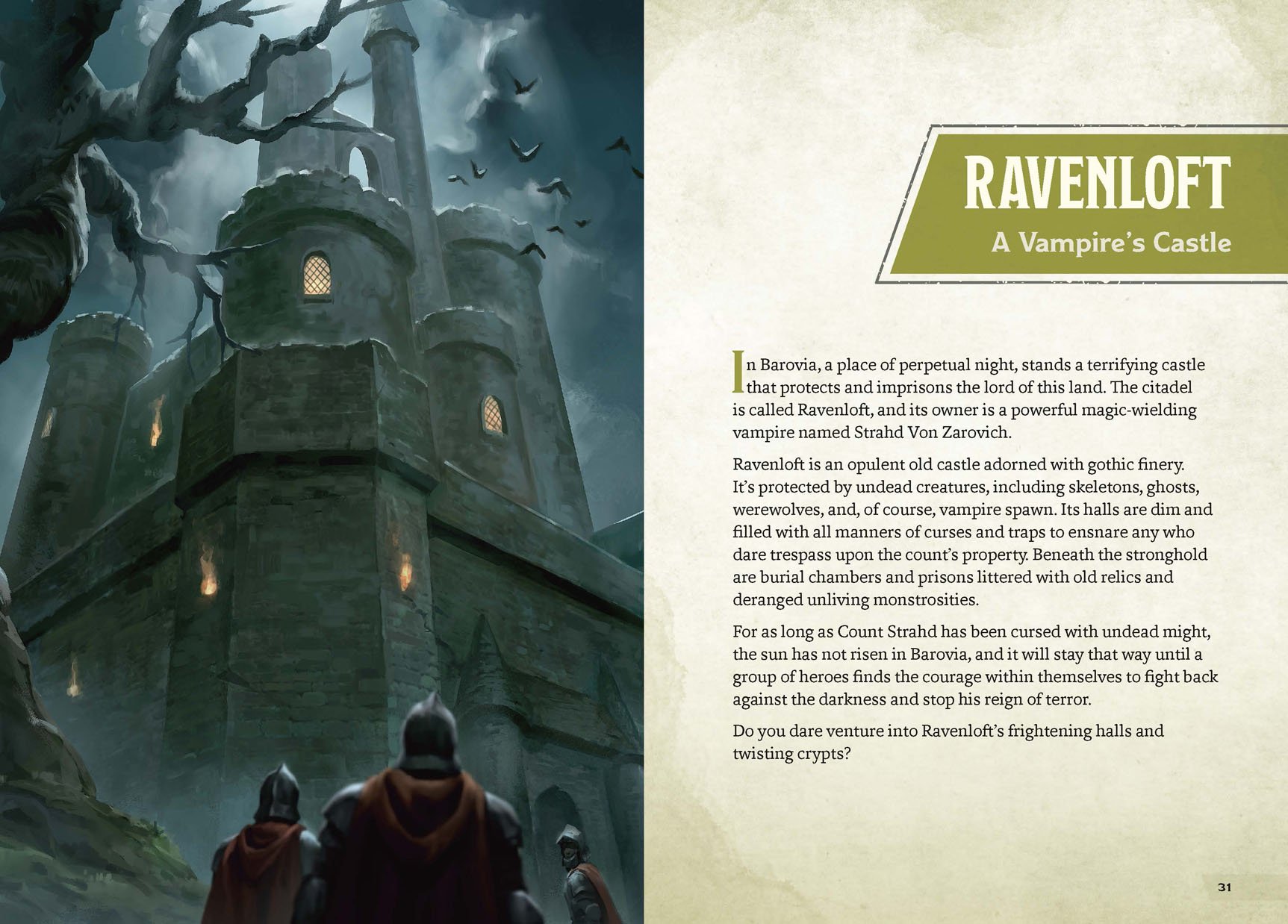 Each Dungeon gets a similar treatment. There are six dungeons described throughout the book: Chult, Undermountain, Castle Ravenloft, Ironslag, The Temple of Elemental Evil, and The Sea Ghost. Each one has a general overview of the dungeon that sets up the tone and purpose of the dungeon; is it a fortress, a foundry, a lost ruin, that sort of thing. Then you’ll get a rundown of important places, including my favorite feature in these books, the Spotlights. 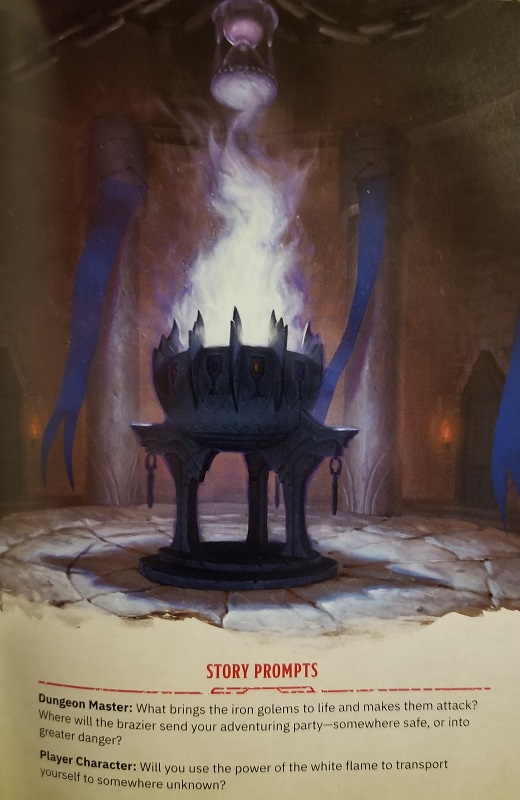 These are a fantastic tool for both players and aspiring dungeon masters. Where the other books before are sort of more generally aimed at young adventurers, this one feels like it’s primed to teach DMing to a new generation. How? Well, each of these sections is a primer for running an encounter or kicking off a session. They describe one of the important areas of a dungeon, including setting up a scenario for something that takes place there, and then, most importantly, they ask questions of both the DM and the Players.

This is fantastic. This is exactly how you encourage imagination and get the DM excited to run the game. Rather than saying “the trap is triggered when the player steps here” or providing a step by step guide for how an NPC might react, it asks questions. Take the example from the Castle Ravenloft section, which outlines the brazier room from the original dungeon.

It describes the room in rich detail, and sets a few pieces in motion–like a pair of Iron Golems that protect the space “if triggered.” But it does not tell you what activates them. Instead, the book prompts:

What brings the iron golems to life and makes them attack? Where will the brazier send your adventuring party–somewhere safe, or into greater danger?

This is already encouraging DMs to think on their feet and as they read. It’s such a helpful lesson to have baked into the core of every dungeon. You’ll also find encounters, similar to the monster encounters from the other two books. These highlight a story from the perspective of someone in the universe already, highlighting how you might think about what your characters do. 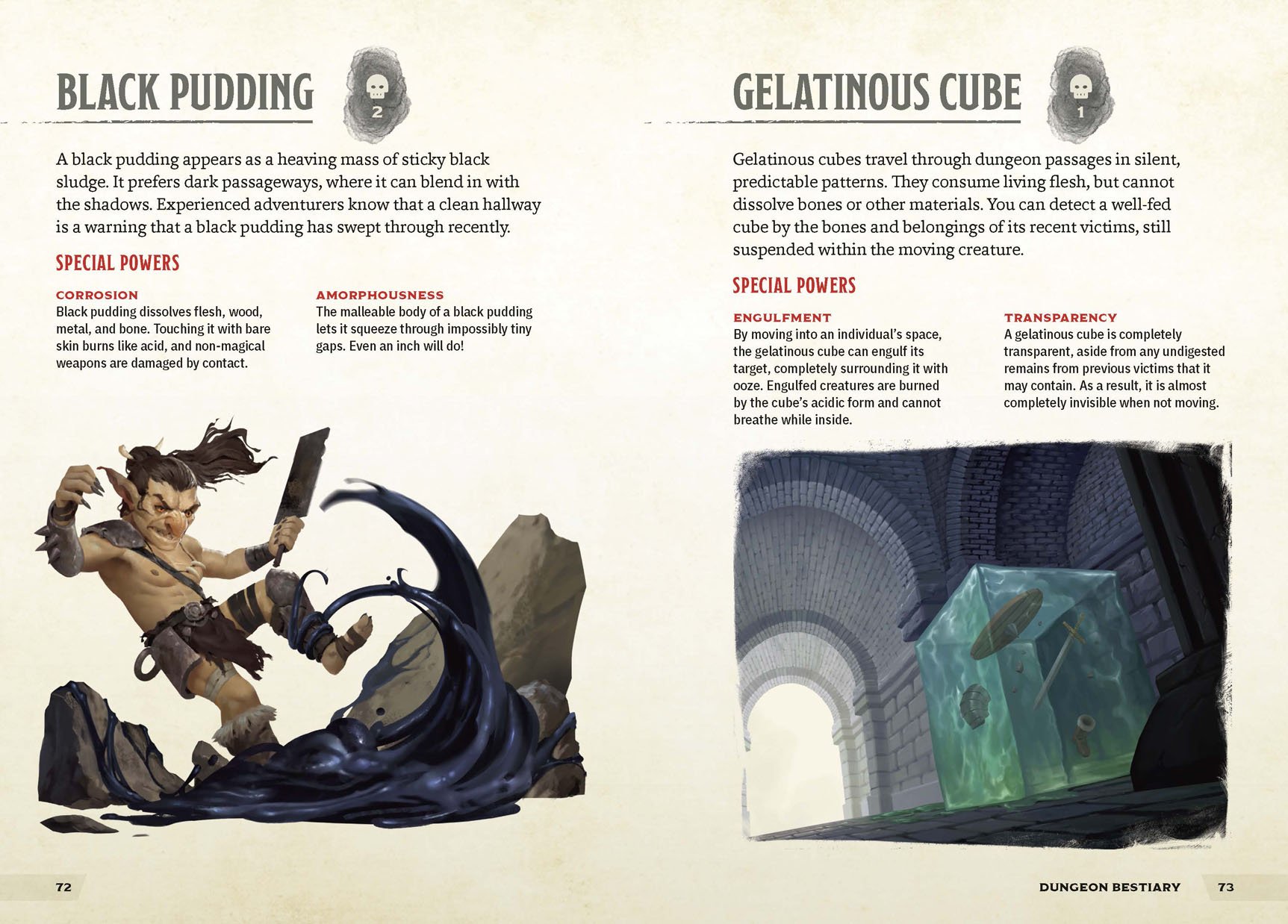 But that’s not all. You’ll also find a mini manual of 15 new monsters, each one done in similar style. It talks about the habits and powers of the different monsters and gives some helpful DOs and DON’Ts to remember when encountering these creatures.

And if that’s not enough for you, it even has a guide to building your own dungeon. This section is full of gamemastery gold. It asks questions that are meant to get you making your own dungeons, which was one of our big goals in 2019. These guides want you to think about the narrative, about the fiction of your world, to help bring it to life. 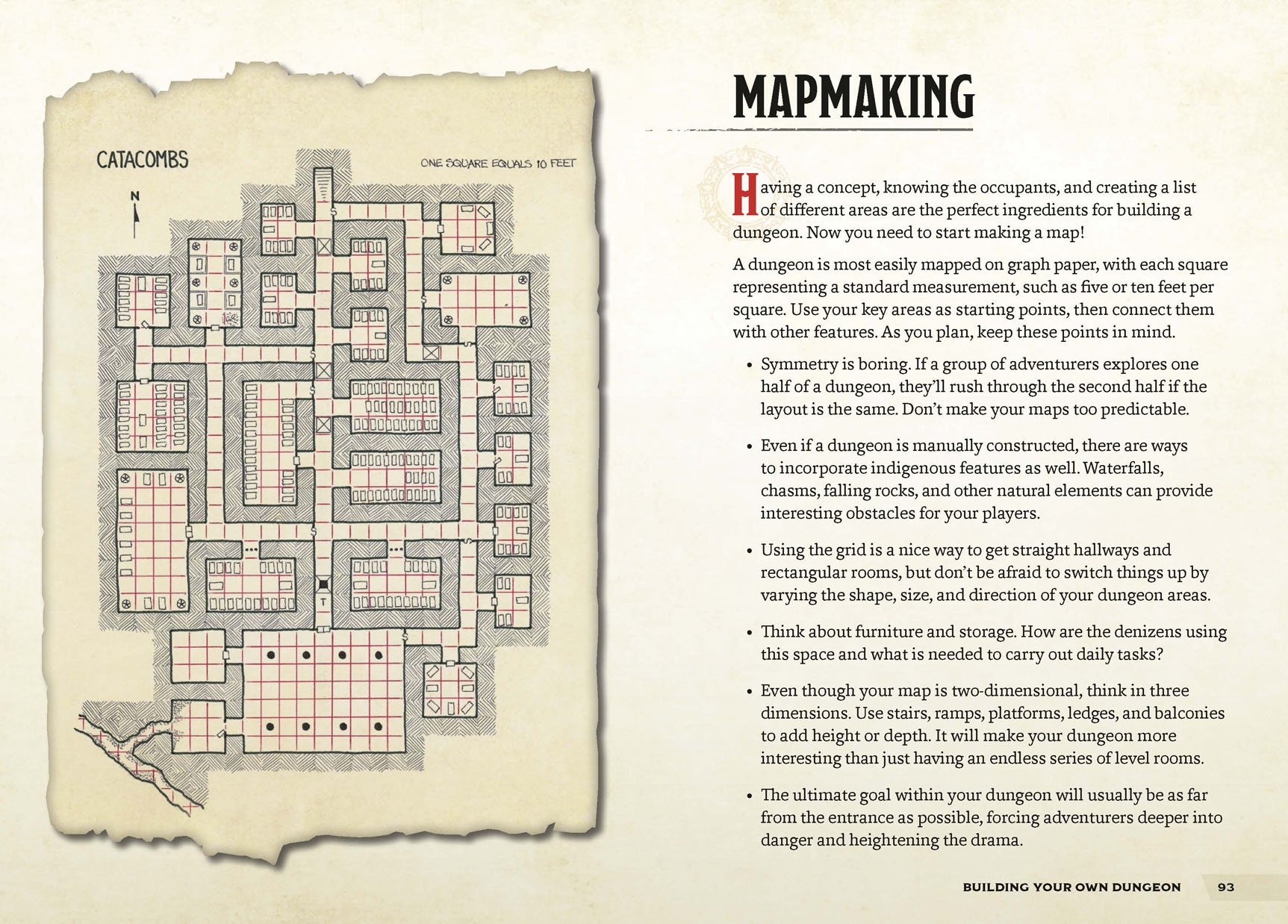 They know that imagination and exploration are some of the game’s most enduring impacts, and it walks you through how to create memorable moments in a dungeon. How to populate it with a variety of monsters, and better still how to build exploration and quests right into your adventure! Let me leave you with this:

Are there any other tasks you can add to the final encounter beyond merely fighting a villain? Freeing prisoners, stopping a ritual, activating an ancient artifact, or undoing a curse can split the adventuring party’s attention in a way that feels frantic and exciting.

Whatever you decide, make it exciting; because if you do, you and your friends can build stories together that you’ll always remember.

These books do so much for the game. You can feel the love that author Jim Zub has for D&D and if you want to share that love, and tell these stories, the best way to do that is to pass it on. And Dungeons and Tombs, in particular, is a great way to do exactly that.