Forge World has a new Warlord Titan Bundle along with a Macro Gatling Blaster weapon option – time to bring the BOOM! 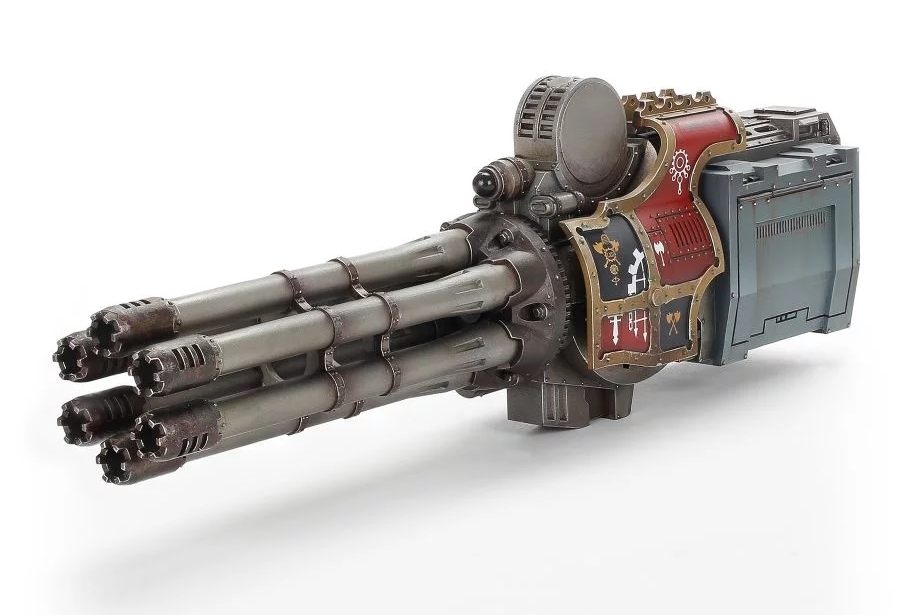 The macro gatling blaster is a monstrously destructive weapon, capable of firing thousands of explosive shells in moments, deluging foes with armour-piercing rounds that will leave them pinned and ready to be assaulted – if they’re lucky enough to survive the volley. 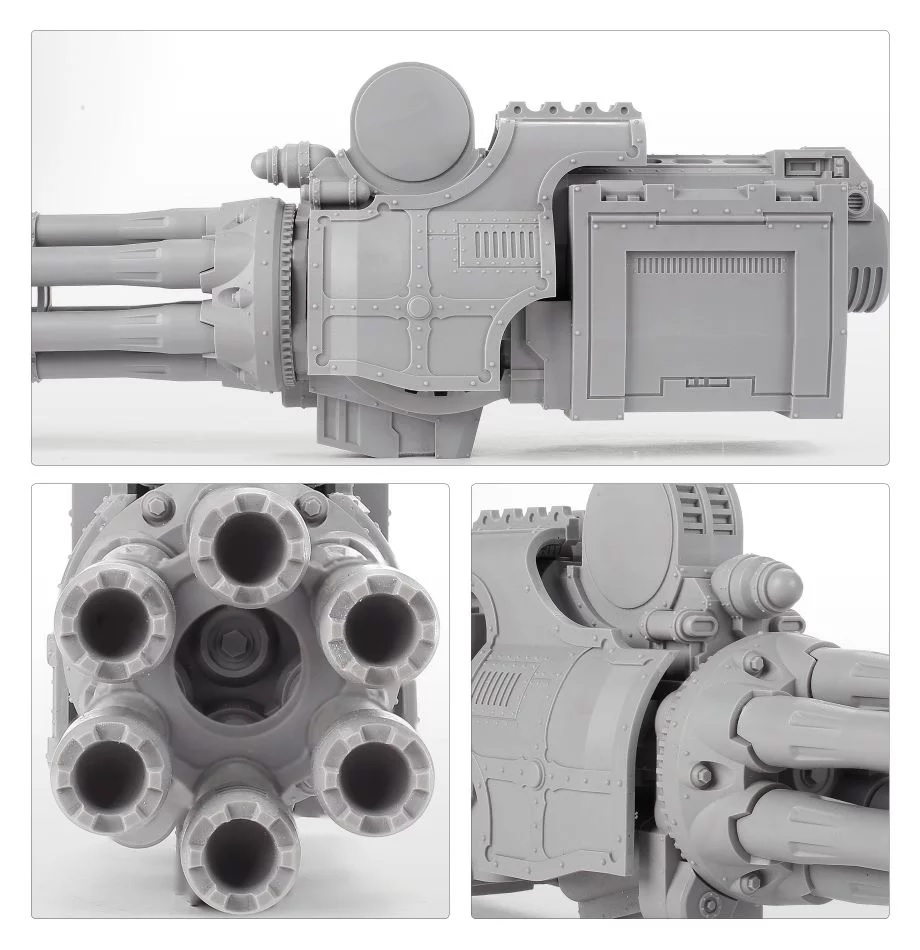 In your games of The Horus Heresy, the macro gatling blaster can be fitted to the arm of Warlord Battle Titan, providing you with enough firepower to destroy the most heavily armoured vehicles or utterly annihilate unfortunate squads of infantry.

This multipart resin kit includes 15 components to construct one macro gatling blaster which can be mounted to either the Warlord Titan’s left or right arms. Build your complete Titan with the Warlord Titan Builder. 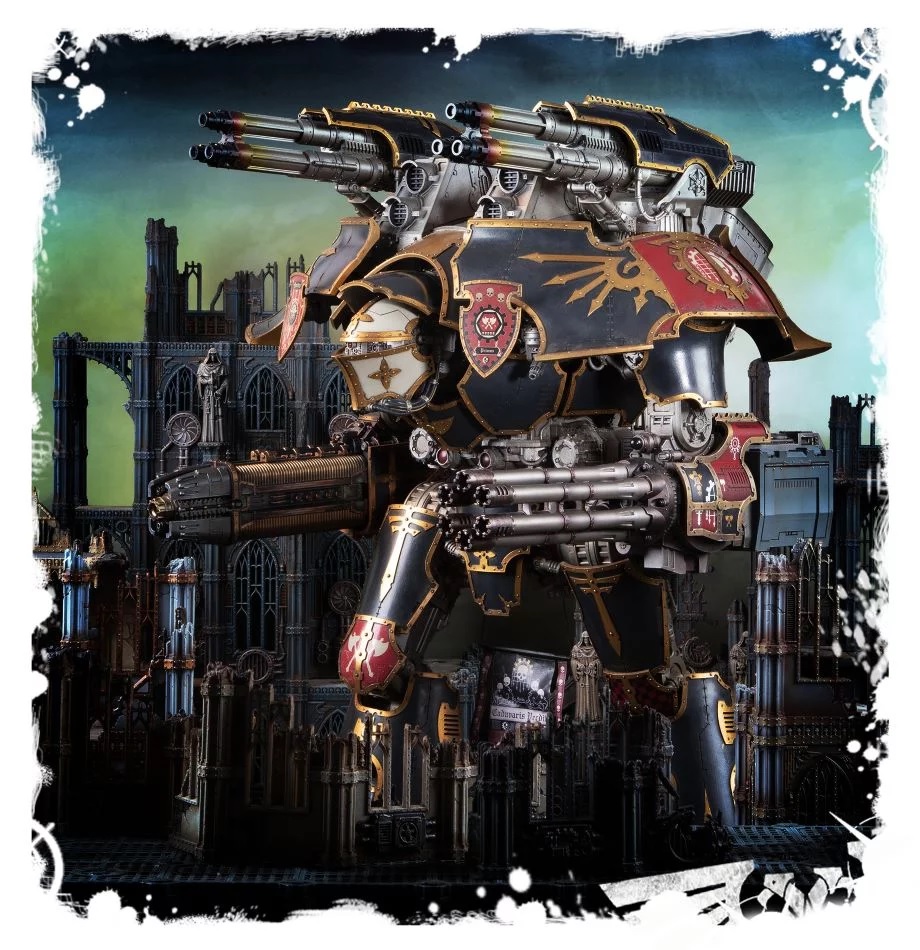 The rules for using the Warlord Battle Titan and the macro gatling blaster can be found in The Horus Heresy Book Five – Tempest and the Horus Heresy: Mechanicum – Taghmata Army List. 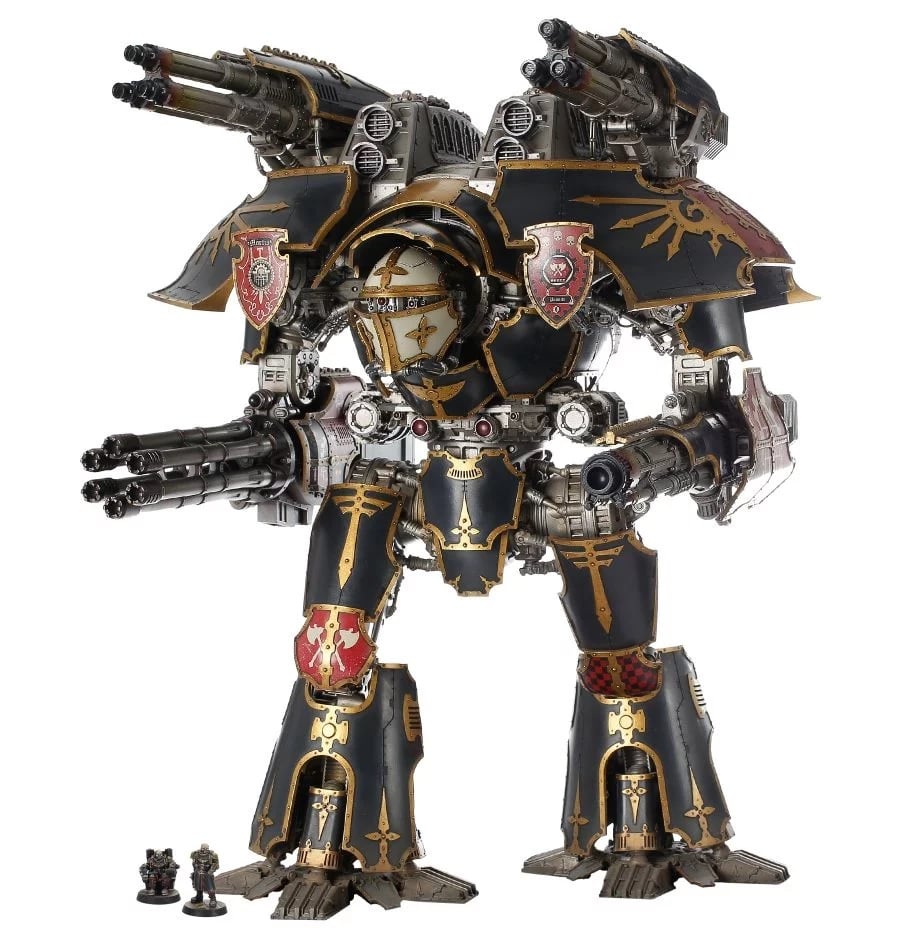 The colossal Mars Pattern Warlord Titan is among the most ancient and feared of the Imperium’s war machines. Forged on the Red Planet itself, it is worshipped and venerated as the Omnissiah’s will incarnate – each god-engine is encased in layered armour and powerful void shielding, and armed with weapons that are capable of reducing armies to ash.

This bundle contains a complete Mars Pattern Warlord Titan for Warhammer 40,000 and The Horus Heresy, comprising a body, head, and three weapons. On the carapace, a pair of laser blasters can destroy entire squadrons of armoured vehicles in blazing volleys of pure energy. A Belicosa volcano cannon mounted in one arm is powerful enough to devastate even enemy Titans – not to mention anything else that it hits. The other arm carries a macro gatling blaster, which deluges the foe with armour-piercing rounds capable of wiping out squads of infantry and vehicles alike.

CONTENTS
In this bundle you will find:

The rules for using a Warlord Battle Titan in games of The Horus Heresy can be found in The Horus Heresy Book Five – Tempest and the Horus Heresy: Mechanicum – Taghmata Army List. Rules for Warhammer 40,000 are available in Imperial Armour Index: Forces of the Astra Militarum.

Can we still call this thing a “Miniature” at this point?