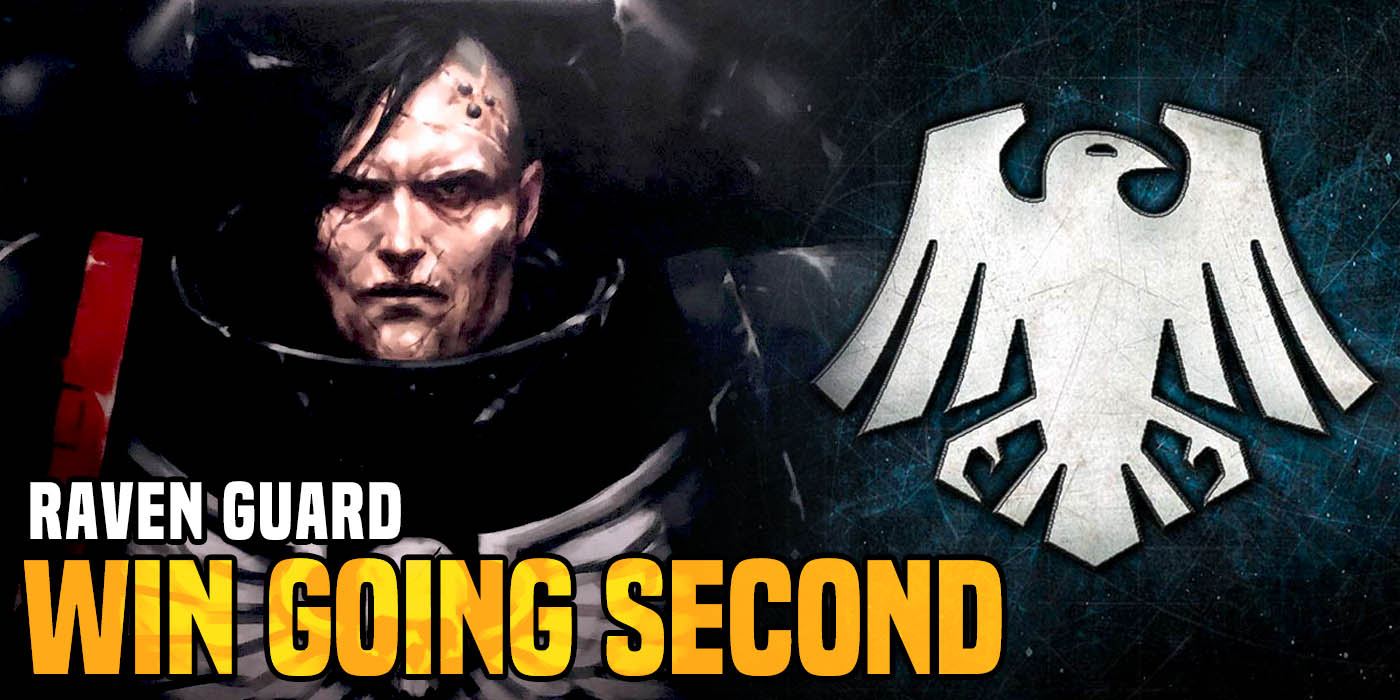 In many games of 40K, there’s a big advantage to going second. Ravenguard, however, have a strong bent towards an alpha strike. Here’s how to win either way.

Things I Have Learned

Ravenguard have some of the greatest ability to re-deploy. Using the Master of Ambush and Lord of Deceit warlord traits can let you re-deploy up to 5 units pre-game. While the Offensive power of re-deployment is clear, the defense nature of it is just as, if not more, powerful. With Lord of Deceit, you can use Eliminators, Incursors, Infiltrators, and Characters to take prime area’s of the board and deny them to your opponent during deployment, then move back to safety before the shots get fired. This combined with the Master of Ambush, means that your army can quickly and decisively move to threaten any part of the board.

The second thing I have learned, is they need transports. I am quite partial to the Impulsor, as 93 points for a Toughness 7, 3+/4++ transport that can move 14″, fly, and carry primaris marines is a nice unit to have. I tend to prefer a more assault oriented list, and this helps close that distance. Even just with a shooting focus, the 14″ move with fly helps you get your troops to where they need to be, either to get line of sight on a target or to scramble to an objective. Often times, when going second, you have to give up advantageous positions to try and take cover. Transports help you make up that lost ground. As a general rule, I don’t like the space marine vehicles simply due to their lack of survivability. The 4++ this unit can take I am still not entirely sold on if it is needed or not, but even having it as an option is very nice. I love having it, but once we get into the realm of 4 of these running around, 18 points per upgrade adds up quickly. There is something to be said for target saturation as a defensive mechanic too. More play-testing is required. 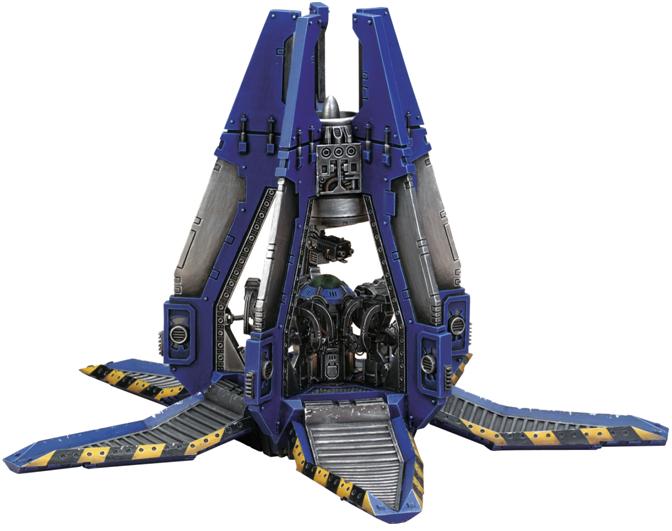 Alternatively, I think there is a lot of potential play in Drop pods. They do have their weaknesses, but one thing I think they can do extremely well is block movement zones. Between them and Phobos units and the Impulsor, there is a good bit of mobility control available. Going second means a pod can come down after your opponent has committed to moving units a certain direction. Another unit that I want to test more with, but I think there is certainly some play to be had there. Ravenguard are a lot about controlling the movement phase, especially pre-game. Pods allow you to continue to dictate it the first turn or two.

Another trick is for going second is Grav Centurions deep striking in. The Strike from the Shadows strat to deepstrike an infantry unit for 1 CP is pure gold. I have used it often on a lone Intercessor squad, and have always been very pleased with the results. Assault Centurions are the main thought for this one, and I have used it several times with them as well, but have not been as pleased. Getting that 9″ charge off, even with re-rolls, can be very tricky. The other thing I am noticing is Ravenguard tend to trend a lot more towards an infantry based list, over a vehicle heavy one. I very much enjoy this style, but it leaves your anti-tank a bit lacking. Grav Cents can help mitigate this in several ways. First, they get access to the Gravitic Amplification strat. This beauty of a strat allows them to re-roll wounds and damage rolls. Secondly, being infantry means they may indeed deepstrike, and with their Decimator Protocols special rule, they don’t suffer the penalty of moving and shooting either. Finally, deepstriking them in keeps the safe from enemy units that would want to stop them from doing theor job, either by tagging them in combat or by removing them from the board. The deepstrike means they are all but guaranteed to come in on target and hit what they want to hit. Your opponent then is forced to spend resources screening their units. This all combines to make a unit of Grav Cents to be a very good tool for Ravenguard to drop in and do some serious damage to enemy armor.

Finally, pre-measure everything. When going second, you have to be absolutely certain of your distances. The same applies when going first, but this is even more crucial when you are planning to make pre-game moves. Check charge ranges, movement etc of your opponents units. Giving up the pre-game moves is, to me, losing a lot of what makes RG so good. Instead, make certain to use it but know where your opponent can go and what he can do with your units placed so far forward. Always assume you are going second. So that big 6 man unit of Aggressors or Centurions you placed forward so aggressively is now in range of your opponents entire army… Don’t be afraid to deploy aggressively if you think you will go first, but have a contingency to use Infiltrators to use the unit to a safe(er) place should you get seized upon. Use the terrain, the angles, and elevation to protect your big units. Nothing feels worse than mis-measuring and watching your prized unit get pulverized before they get to do anything. Don’t get too aggressive if you don’t have to! I find that a lone unit pushed up gets eaten by the opponent quickly, but 4-5 units that are threatening them right off the bat can make for some target saturation choices. 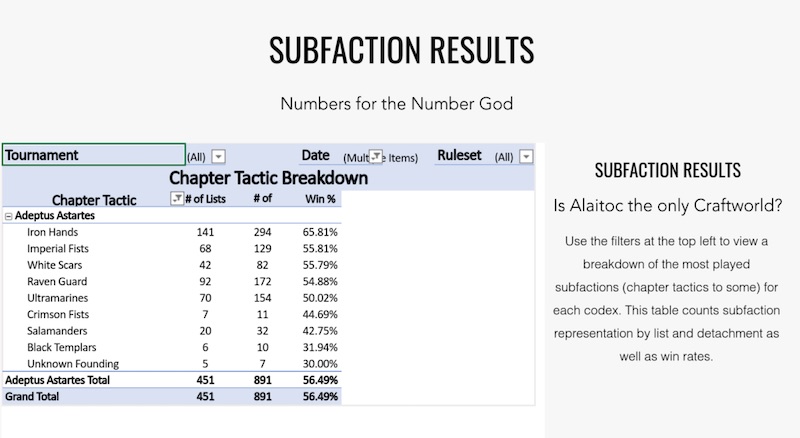 I believe though, what holds them back is taking the second turn. Having the second turn in the ITC is very strong, allowing you to know exactly what you need to do in order to score the ‘more’ points – or at least deny them to your opponent. Ravenguard are so heavily loaded on the first turn alpha strike, that many of the players I talk with say when the get first turn they win, and when they get second turn they lose. 40K has come a long ways away from the roll-off-to-win state it has been in the past, and RG need not fall into this pit. Practice going second, and when you get first turn, be able to capitalize on it. That is what I am trying to do too.

If you have any additional tips as they apply specifically to Ravenguard, feel free to share them below.