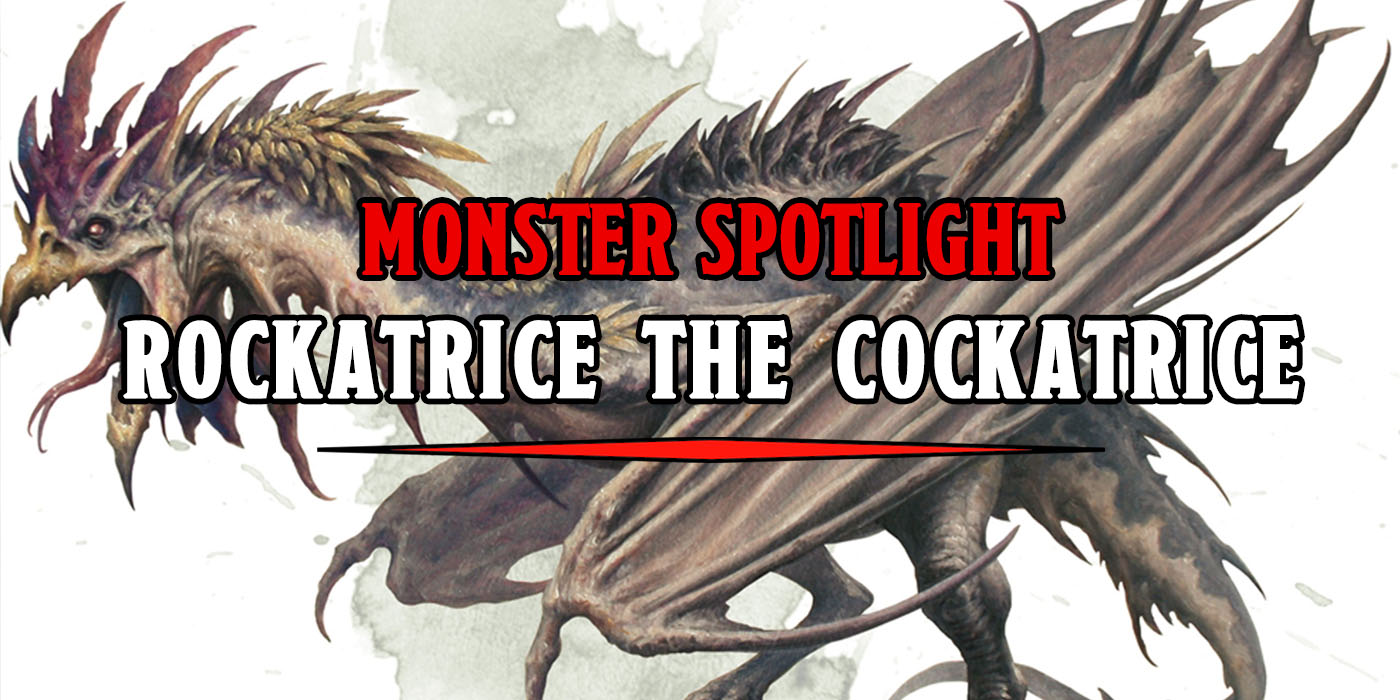 Last week we learned a little more about the basilisk, today let’s take a look at their Parent Trap style long lost twin, the cockatrice.

The cockatrice in our world mythology is a bipedal dragon or serpent with a rooster’s head and the ability to kill its enemies by looking at them. Opposite of the basilisk, they are hatched when a chicken’s egg is incubated by a toad or a snake, and raising a lot of nature v nurture questions for cryptozoologists everywhere.

In Dungeons and Dragons the cockatrice is similar in capabilities and danger level to it’s reptilian long-lost sibling with very unique differences in aesthetic and power. 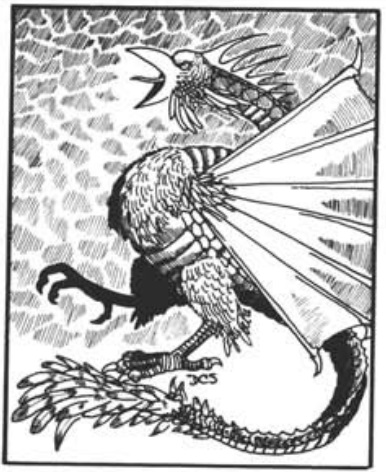 Similar to the basilisk, cockatrices can inflict minimal damage with their beaks, but have the ability to turn their enemies to stone by touching them. This petrification ability can effect creatures on the astral and ethereal plans as well. Basic but scary and something I’d prefer to avoid. 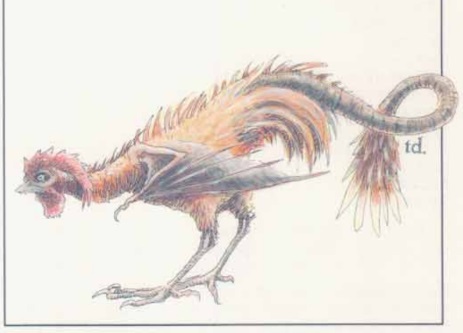 This is just a sort-of-ugly chicken, right?

2E really separates the cockatrice from its lazy sibling by describing how fiercely they will attack anything that could be deemed a threat including flying right into a foe’s face in an effort to overwhelm and confuse it. It is also explained that the cockatrice is at least somewhat aware of their own abilities and shortcomings, knowing that they should touch their victim’s exposed flesh as opposed to clothed or armored areas. Second edition also introduces that pyrolisk, an almost identical relative of the cockatrice that can make its enemy burst into flame and seems to thrive on creating mayhem. 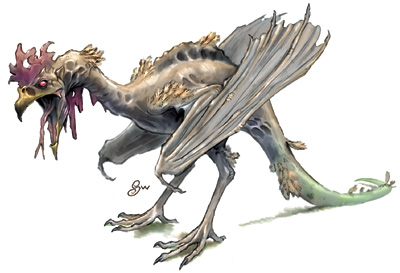 Three and three point five bring nothing new to the cockatrice in terms of power or flavor text. There is a one sentence mention of how their feathers are prized as quills, but that feels more like commentary on human nature than the creature itself. And honestly, I’m not sure if 3E had to add anything to the cockatrice, they’re ugly, they attack alone or in flocks, they turn you to stone, and they’re a classic. Why mess with perfection? 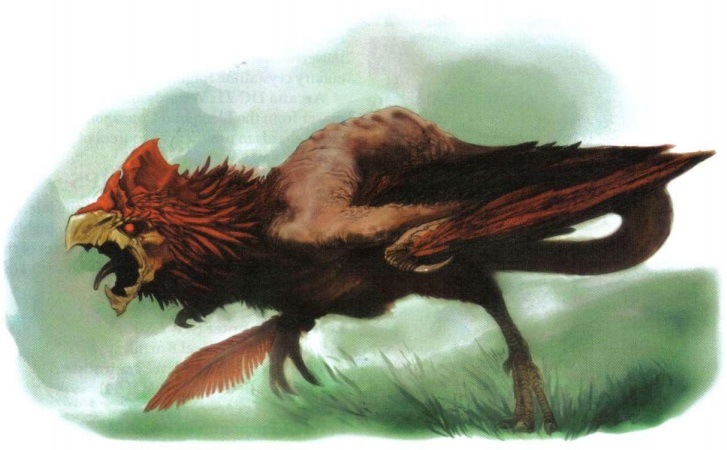 4E cockatrices has more technical capabilities now with a bite worth 1d6+3 damage and Buffeting Wings, allowing it to attack and retreat quickly in addition to it’s petrifying touch. But the creature’s description is also shifted now from viciously going directly for its victim’s face to “a cowardly foe.” I don’t know about you, but I’ve been chased by a wild turkey (about the same size and terror level as a cockatrice, I think) and it feels sort of cheesy to make cockatrices almost more interested in scaring you away and keeping a distance. Or maybe I just want all scary looking birds to act like the raptors in Jurassic Park, who knows. 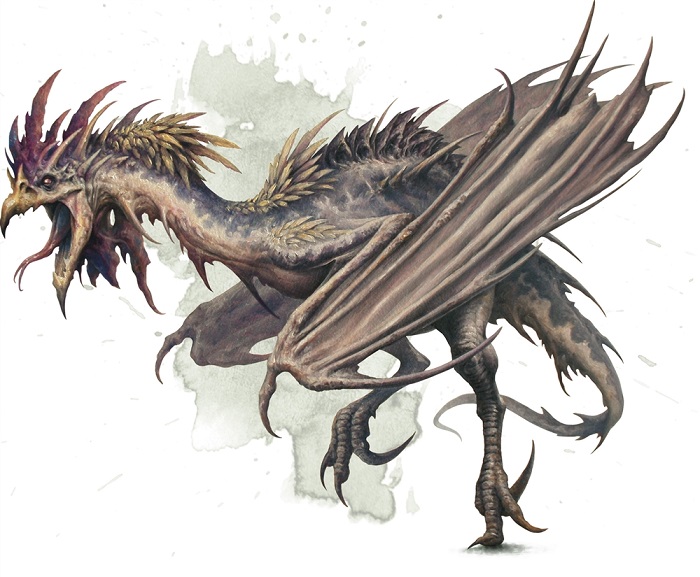 Our awful frenzied attack bird is back in 5E. The fifth edition cockatrice takes all of my favorite aspects of the previous editions and simplifies it down to one paragraph and calls it a day. They react to the slightest hint of danger in a terrifying display. They have the basic diet as a chicken and would be just as dangerous if not for they’re petrifying scratch. One of them isn’t much of a problem with a challenge rating of 1/2, but a flock of them is one of the worst thing I can think of.