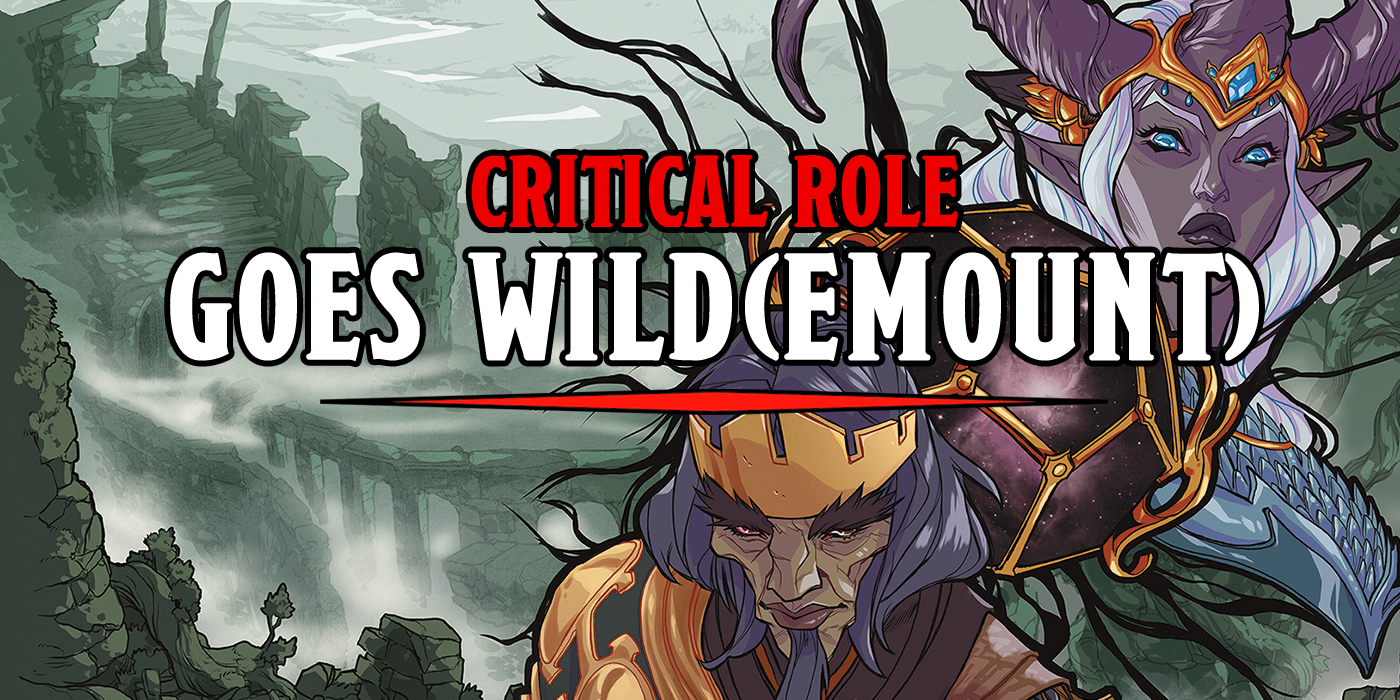 The world of Exandria has a Critter’s ransom in lore, explored in greater depth in the Explorer’s Guide to Wildemount. Here are a few of our favorites.

Exandria is a world rich in secrets and history. Part of Critical Role’s charm is the world that Mercer built. Full of its own stories, lore, and secrets that fans can obsess over and winnow away in wikis and message boards. It appeals to the same crowd of people that hunt down and actually read all the entries in the codexes in Bioware games, or who ‘know the story’ of Destiny. Which I didn’t think there was one besides ‘click on heads, make enemies explode.’ 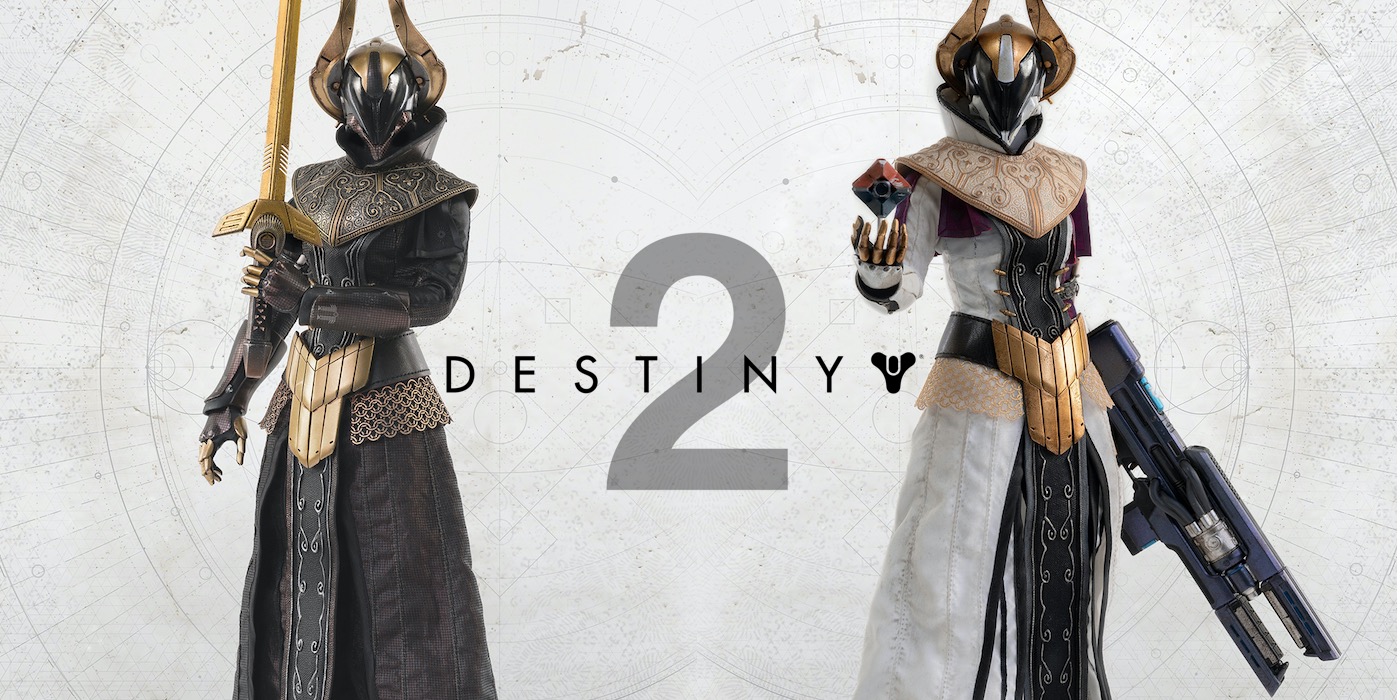 Nevertheless, the Explorer’s Guide to Wildemount is a Chronicler’s dream. And today we’re going to be taking a look at five cool pieces of lore that make the world stand out. Even if you’re not playing in Wildemount, these might be stories and concepts worth stealing for your game. 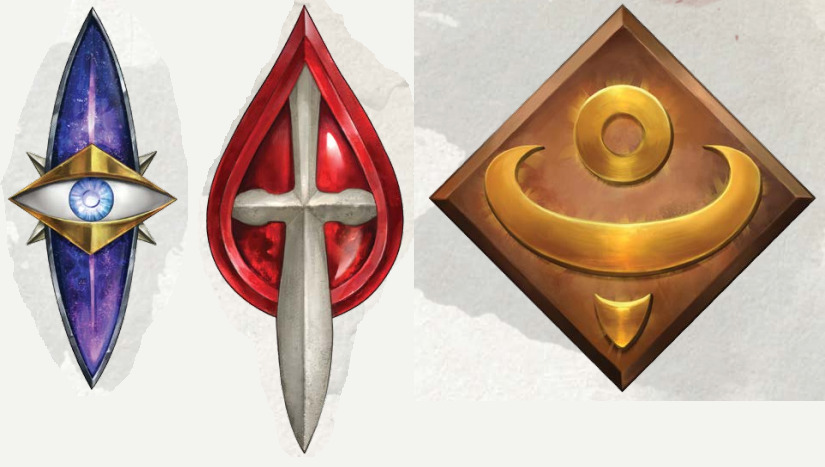 Fans of Matt Mercer’s Blood Hunter class will find a lot to sink their teeth into here. The Claret Orders stem from an order of followers of the Raven Queen’s priest, Trence Orman, who learned the secrets of blood magic from the Matron of Death. Armed with ‘forbidden magics’ the people who would become the Claret Orders traded away their humanity to seal away evil and defend themselves against an ancient fiend who had brought devils and undead into the Marrow Valley.

The Claret Orders used their blood magic to defeat the fiend that had taken root in their home, only to be crushed by the invading might of the Dwendalian Empire, held at bay only by the presence of the fiends. They quickly blamed the Claret Orders for inviting the fiends, and thus cast aside some of the only aid the common folk had. Now they exist in the shadows, an organization of monster hunters who strive to protect those who cannot protect themselves.

Wildemount introduces three figures and details some of their secret history. Even if your heroes aren’t playing Blood Hunters, this order makes for fantastic allies/members who don’t know the ultimate secret. It’s a very Bloodborne kinda organization, so if you’re looking for that dark gaslamp feel, this is it. 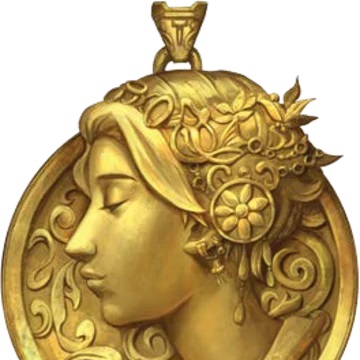 In our review, we mentioned that the lore is sometimes a little dense. But when the book shines it’s handing out usable lore that tells a story. And one of the more tragic stories that exemplifies the best of Wildemount’s storytelling is the history of Avandra, the Change Bringer, and Raei, the Everlight. Avandra is a deity who rose to prominence in 4th Edition, and was a prime candidate for Paladins who wanted to stretch their wings outside of the Lawful Good alignment.

In Wildemount, Avandra is called “She Who Makes the Path,” and champions freedom, travel, trade, and adventure across the land. She’s and adventurer’s deity to be certain. Her commandments center around changing things for the better and taking your fate in your own hands.

Raei, the Everlight is a new goddess to D&D–originally adapted from Sarenrae, the Everlight of the Pathfinder origins. Raei is a deity of atonement and compassion, believing that anyone can be redeemed. Her followers were lured in by Asmodeus’ treachery and all slaughtered in a single stroke that binds Avandra and Raei together in opposition to Asmodeus. 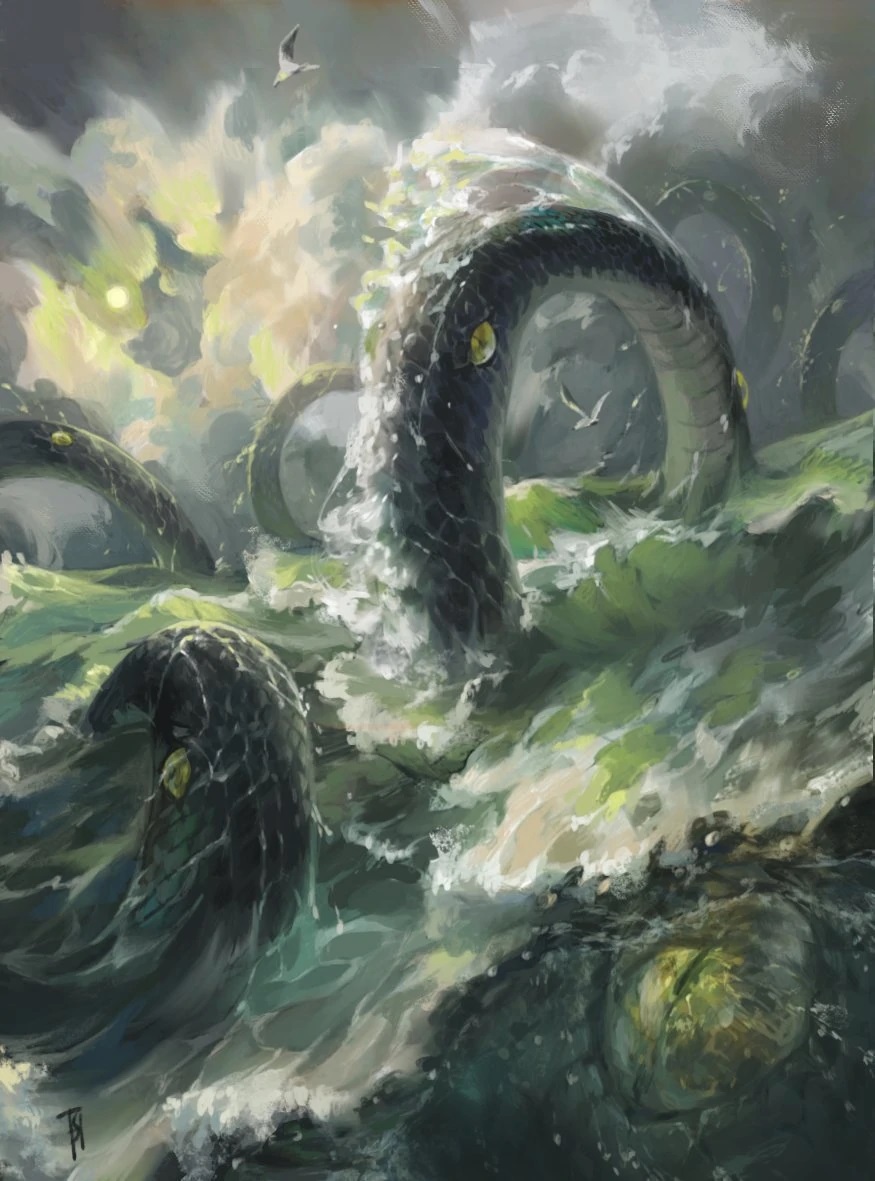 Fans of Critical Role campaign 2 will recall the time that Fjord descended into an ancient temple at the behest of his patron, Uk’otoa. Along this temple were murals depicting two other figures, a brilliant purple-winged figure and a massive tunneling worm–all seemed to have a certain significance to the ancient peoples who built the temple. Now those figures turn out to be two of the demigods and lesser idols mentioned in the Wildemount lore: Desirat the Twilight Phoenix and Quajath the Undermaw.

Desirat was once the companion and mount of Asmodeus during the great wars of the Calamity. Long ago she was imprisoned by the Cerberus Assembly, who wished to study and harvest the phoenix’s fiendish form for their own purposes. When the evil deities wer ebanished during the calamity, Desirat remained imprisoned, where even ow her sanity has shattered. She reaches out to those looking for vengeance, hoping to find a way to wrest herself free.

Quajath, on the otherhand, is either a creation or progeny of Torog, the crawling king. Quajath is a gargantuan worm creature that was thought to have been slain in the final battles of the Calamity, but instead burrowed beneath the cold of the Eiselcross to recover and regrow. Now the Undermaw creates wormkin, strange creatures who take its gifts and hope one day to free it. 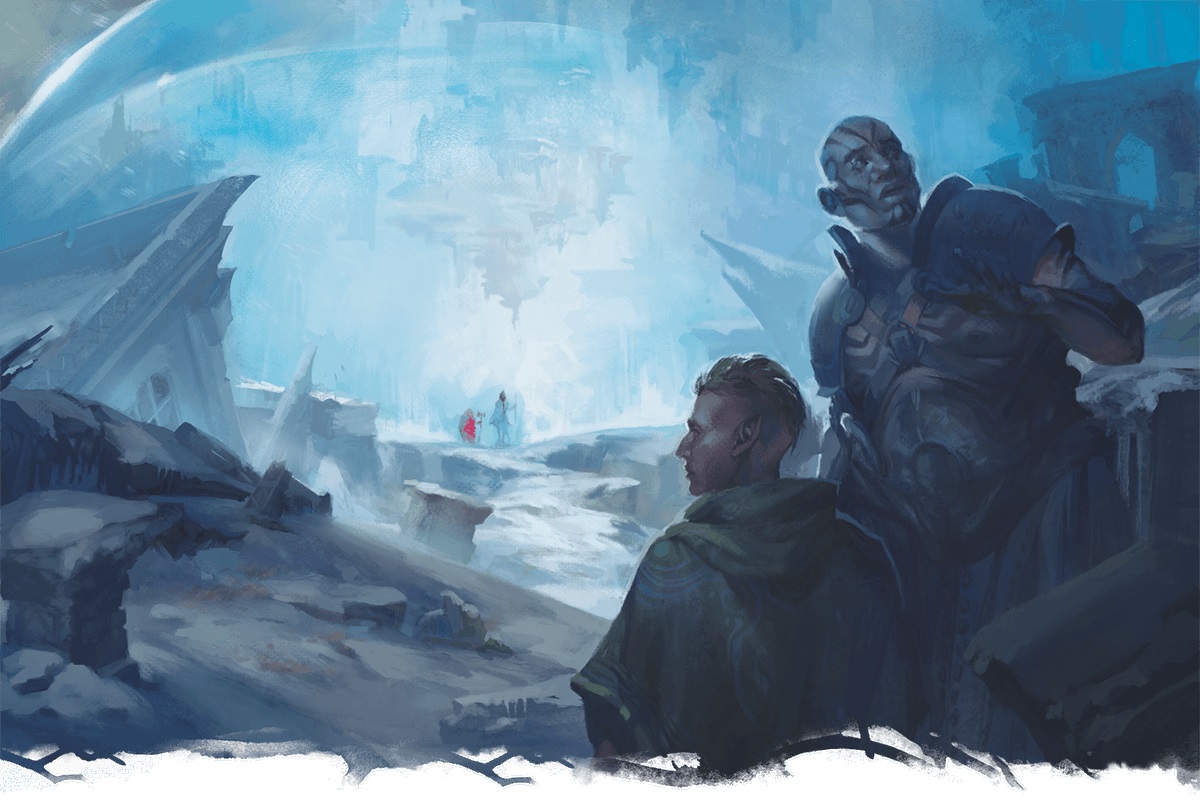 Aeor was a powerful city in the days of the Age of Arcanum, the golden age of magic in Exandria’s distant past. Aeor was a kingdom full of flying cities and wondrous technologies–but then one day it all came crashing down, literally. Now Aeor is scattered over the frozen stretch of islands known as Eiselcross. The city’s main crash is centered around an ice-covered crater, three-miles wide, created when the main city fell.

Amid the ruins, though, are magic fields of translucent blue force surrounding moments frozen in time. Aeorian technology is hidden within these stasis bubbles, that kept people safe–there are many things for adventurers to find here. Weapons that can kill gods, experimental creatures and soldiers turned into hulking dreadnoughts called Aeorian Hunters.

And of course, here is where you find the strange black obelisk that is in every single one of the D&D books put out so far.

Exandria’s Dragonborn have a unique history that’s only been hinted at. There are two types of Dragonborn, the Draconblood and the Ravenites. It’s worth mentioning, because Wildemount was once the cradle from which all dragonborn civilization grew. The city-state of Draconia rose in the Dreemoth Ravine when a band of invading Dragonbloods, calling themselves Draconbloods, built a society to keep out the wandering monsters of Xhorhas.

Sadly the Draconblood betrayed their Ravenite kin in order to seize power and ruled a corrupt empire for years until the Chroma Conclave destroyed their city-state twenty years ago. In the chaos of the attack, the Ravenite Dragonborn who are characterized by being tailless and vengeance-minded, overthrew their masters and rebuilt their home.

And all that’s just a small sampling of the rich lore embedded in the Explorer’s Guide to Wildemount.