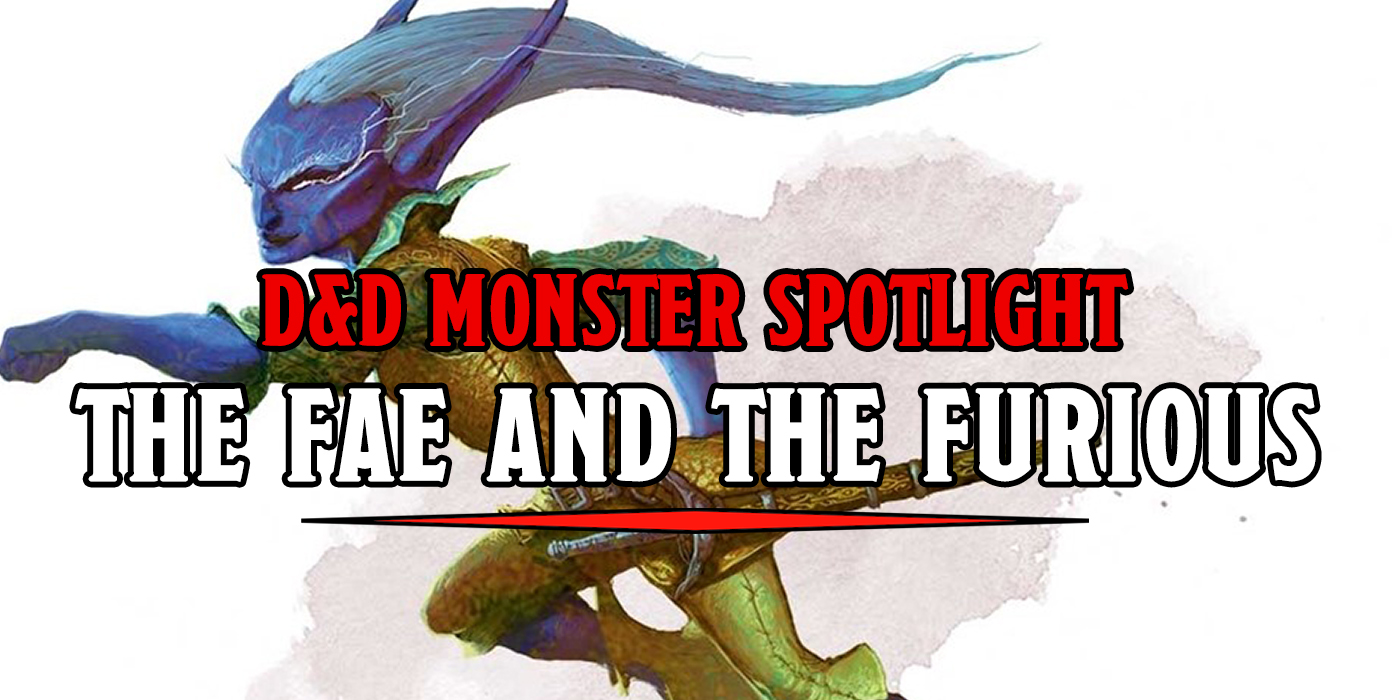 Live fast, die young, ruin as many lives as you can in the meantime with quicklings.

I admittedly knew very little about quicklings before I started this monster spotlight. They haven’t come up in games I’ve played, and I never randomly hit their page while DMing (my DM style isn’t very exact or planned). I knew they were small, fast, fey and had a series of assumptions about them based on that knowledge. Probably mischievous, probably cute, probably live forever; Puck, I was picturing fast Puck. Well folks, fast Puck they ain’t.

These speedy little murder fairies might have lost some of their edge over the years, but don’t let that fool you into thinking they’re anything less than a tiny pack of villains moving as fast as they can. 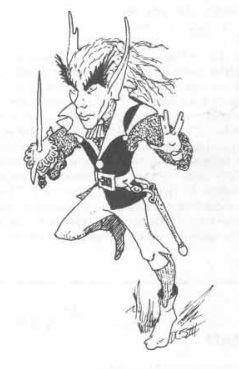 “It is I, Jareth the Goblin King from Labyrinth. Give me your children!”

Quicklings are said to be a sub-race of brownies (who are themselves said to be a distant relative of halfling) who discovered magic and should just be left alone as they’re quick, small, and malicious towards humans and human-like creatures. They move so quickly, in fact, that it shortens their life span to twelve to fifteen years and when mixed with the highness of their voices their speed makes them hard for humans to understand. Despite their tiny stature, quicklings aren’t pushovers. Dashing about makes them difficult to hit while they’re likely to take three strikes per turn with their needle like, sometimes poisoned, daggers. Whether through magic of superior survival skills, quicklings are able to remain unseen when standing still, and when at movement are often only seen as a blur.

Quicklings don’t appear in 2nd or 3rd editions… Or are they just standing still and invisible? 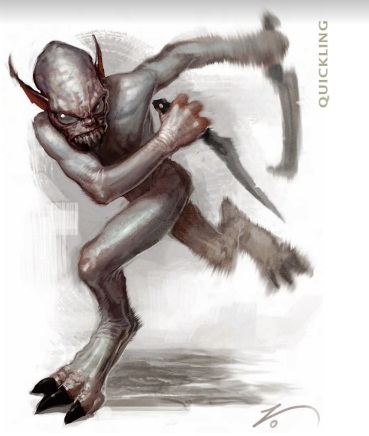 Quicklings came back meaner and uglier than ever for 4E. Emphasis on the uglier, look at that thing. It’s like the offspring of Gollum and Thanos – I digress.

Before quicklings were malicious and evil, but now they delight in tormenting and killing other creatures and have no qualms about leaving an ally to fend for themselves and die if it furthers the quickling’s desires. Their 24+ AC makes them nearly impossible to hit and their speed makes it hard to run away once they’ve gotten their eyes on you. Luckily, a quickling doesn’t like to pick on stronger creatures, avoiding tough fights in preference of targeting weaker creatures. But that does mean that if you’re attached by quicklings, you probably looked like an easy mark. Time to go shopping for a more formidable look! 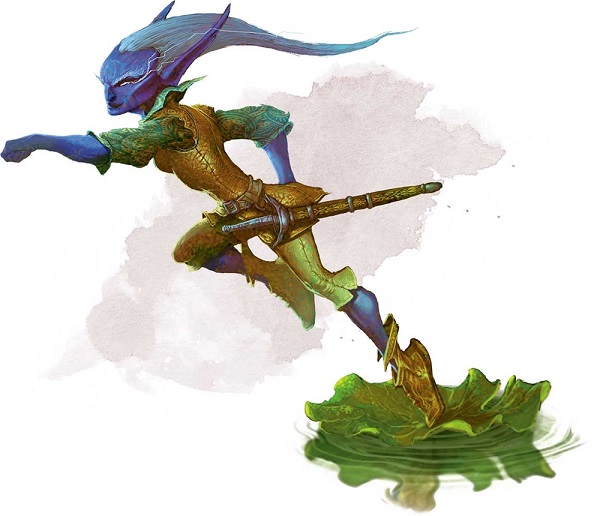 Volo traveled far and wide to educate us about quicklings for 5E and he’s here to tell you that they’re really not all that bad anymore. Fifth edition changed quicklings from the monsters who would stab you for your lunch money into mischievous little scamps. They have a “capricious nature” and don’t pass up “an opportunity to tie a person’s bootlaces together.” They’re still more than happy to ruin a life or two, but no longer commit outright  murder.

They remain quick and are, from the artwork here, canonically blue. So you are legally required to play either of the Sonic SatAM theme songs when busting these fae out.

Quicklings have undergone a transformation since first edition much more dramatic than I usually see throughout the monster manuals changing as creatures and encounters at their very core. But I also don’t entirely trust that Volo, he always feels a little too much like Gilderoy Lockart to me.

Which incarnation of the quicklings are your favorite? Have you encountered them in your campaigns? Which ones? Let us know in the comments!