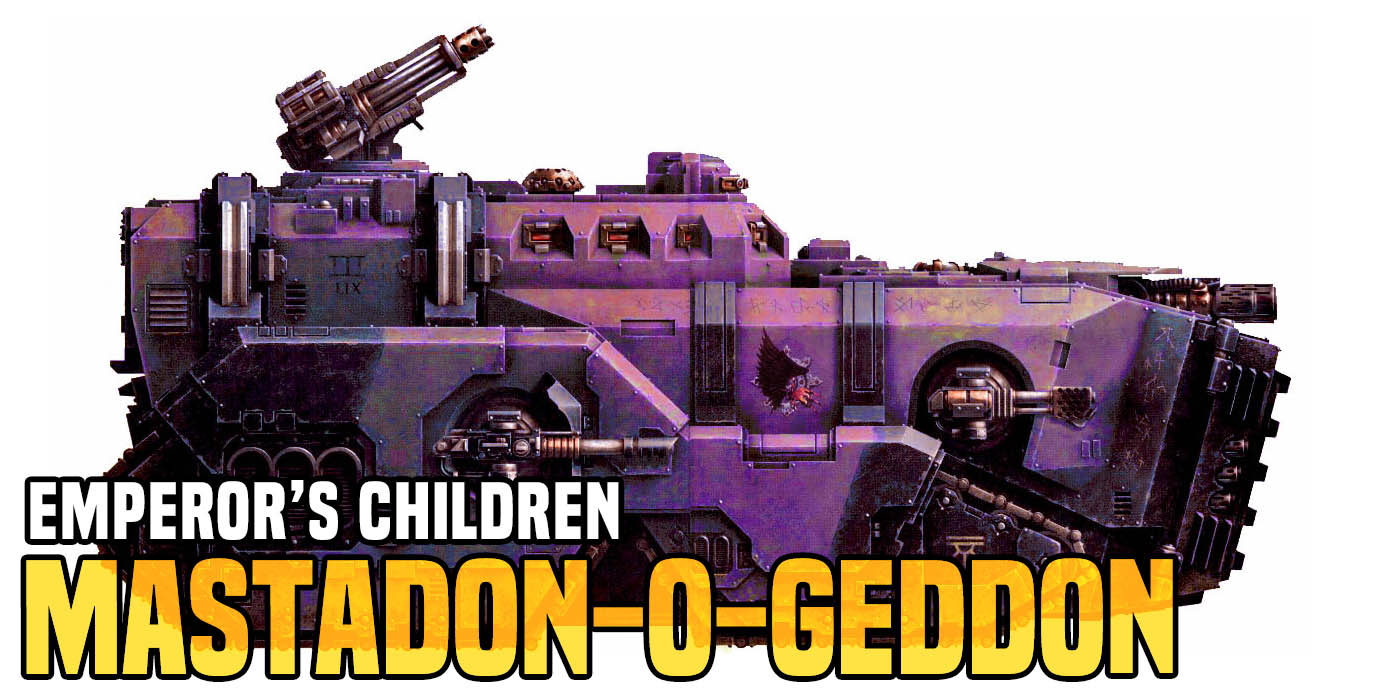 Today I have a crazy army for you all based around the Grimdark Snowpiercer tank of doom- the mighty Mastadon.

Goatboy here and this list is due to the nonsense Don and myself started chatting about online.  The Snowpiercer tank of doom in 40k right now is the Mastadon.  It is this huge monstrosity of nonsense that is both strength 9 and toughness 9.  It also holds 40 models, has some ok weapons, 30 friggin wounds, a 2+ armor save, and it even has Void Shields.  Heck it can hold dreadnoughts too so that is a whole mess of nonsense in one giant tank.  Of course it costs like 1060 points so there isn’t a ton of space left over to fix it – but I am sure we can fit something in there. 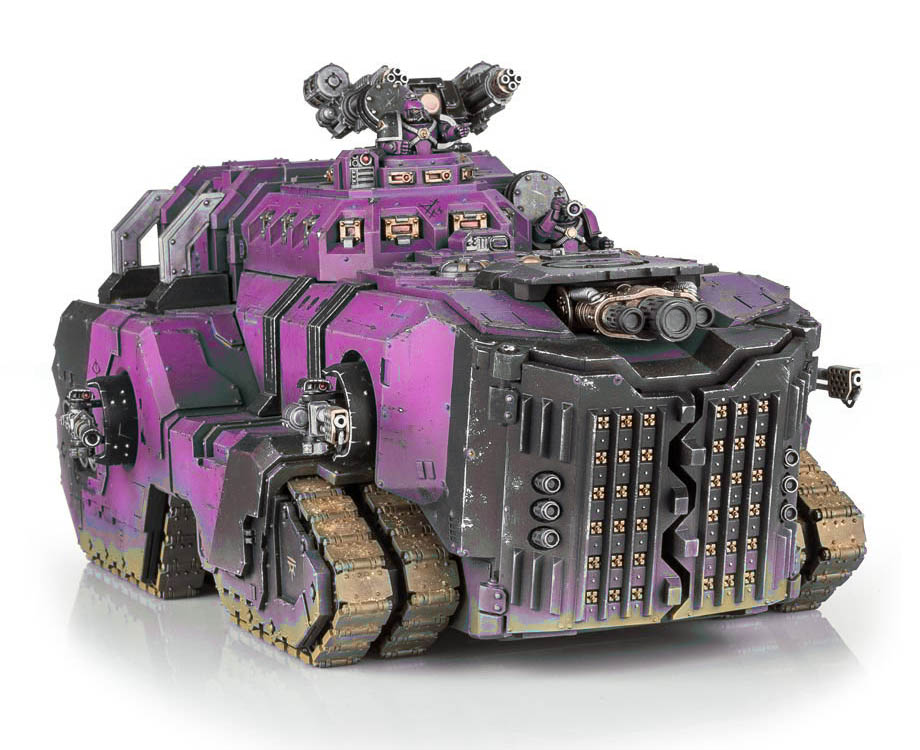 With that – let’s begin with the overall point sink I’ve decided to try and put in an army list. 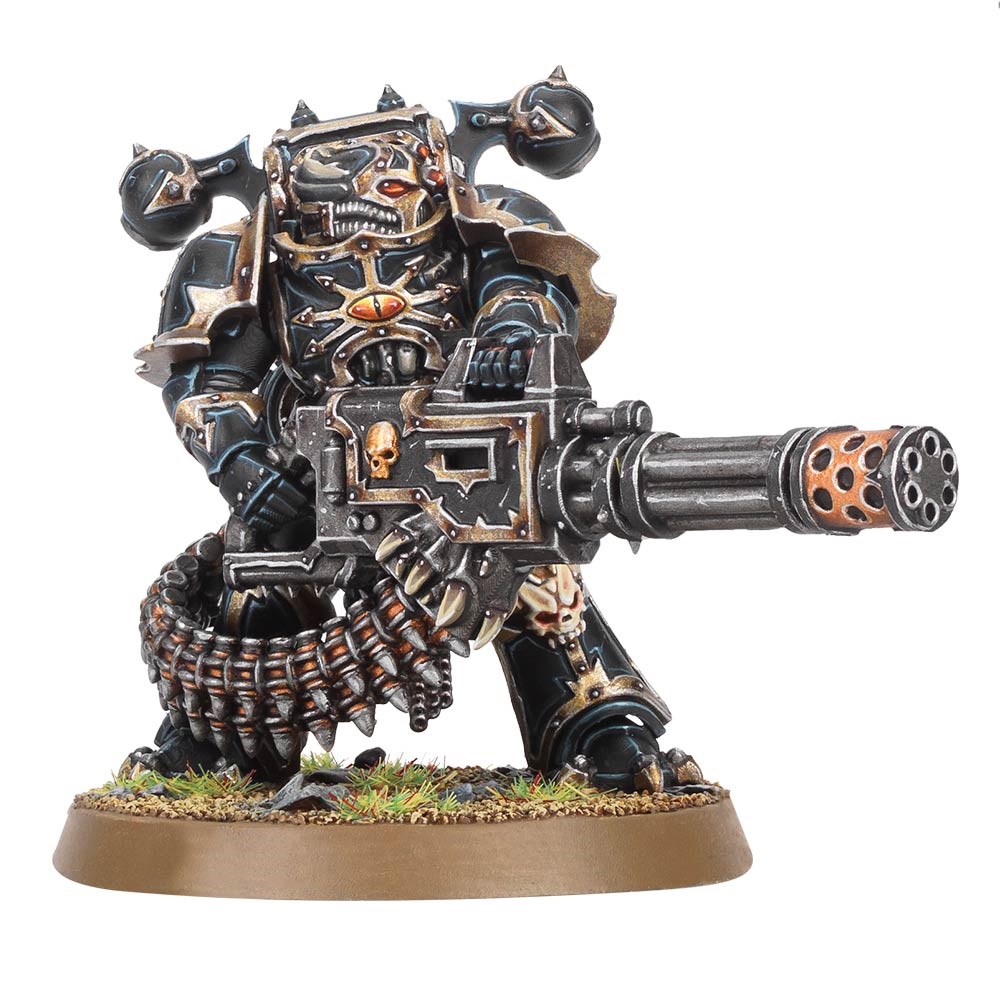 The idea here is you just deploy the Mastadon and then the 10 cultists.  Everything else is inside of it in this giant gross rocker semi truck of doom.  The idea is you move it up, eventually jump out, cast some spells as needed, the Havocs clear any chaff with 32-64 shots, and you charge in with Possessed to do some crazy damage as needed.  I wish I had more CP and would throw on some extra drugs on the Possessed but who knows if it is worth it.  You want to make sure you have the ability to guarantee a 7 inch charge if needed.  If I had 10 more points the CSM would just be Noise Marine as it would feel like it would fit.

Will this army work?  Who the heck knows.  Will it look goofy as hell on the table top?  Oh heck yes.  Get some gaudy pink paint on a big hunk of Resin and go to town throwing down with Possessed and cultists. 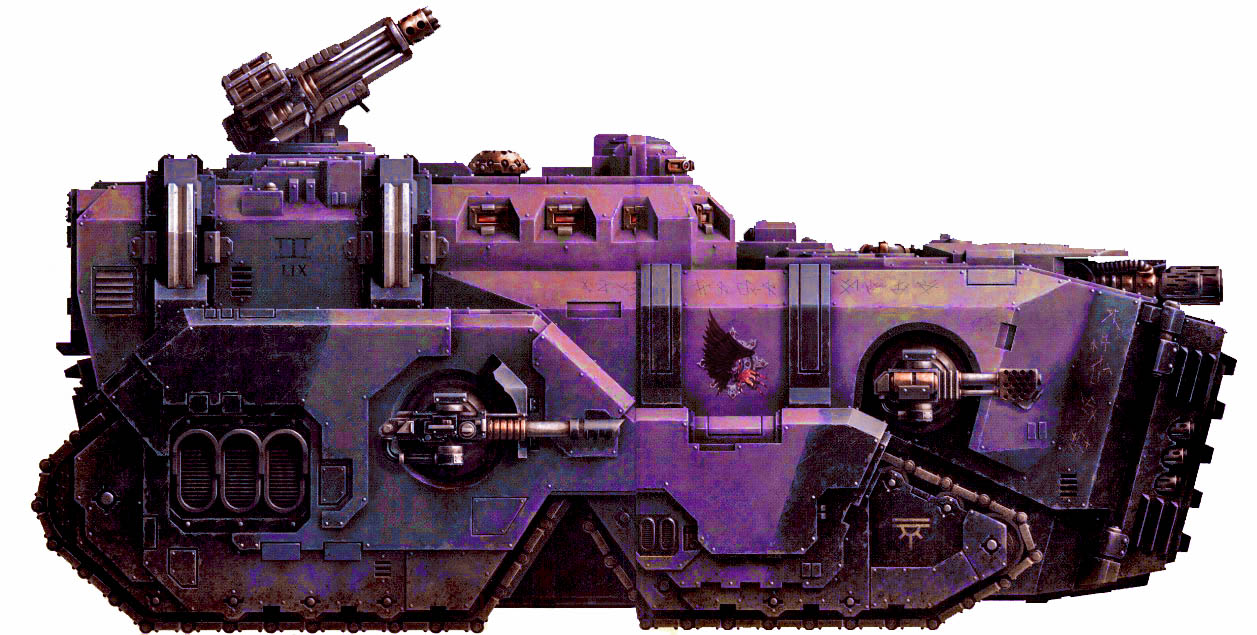 All aboard the pink bus!

~Until next time – Death to the False Emperor and all that jazz.