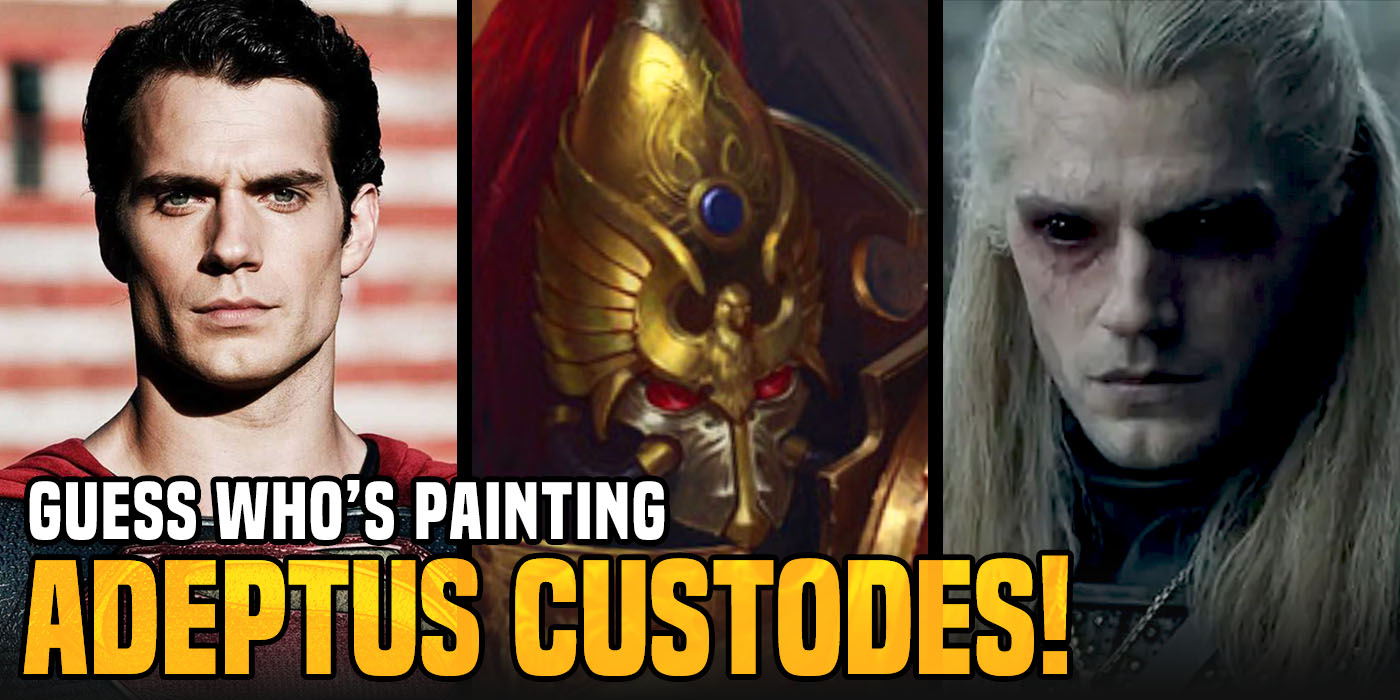 Proving that he truly is a super man, Henry Cavill has shared some pictures of a loyal Adeptus Custodes getting the brush.

We all might be stuck at home, but Henry Cavill, who is both Superman and a Witcher, has taken some time off from saving Metropolis and hunting monsters to self-isolate and finally getting around to painting those Adeptus Custodes of his, according to a recent post on Instagram from the actor and Last Son of Krypton. Let’s take a look.

That right there is one of the illustrious Adeptus Custodes getting a couple of thin coats. And here’s Cavill talking about plastic crack.

Considering we are, both, going through the Easter period, and going through The Lockdown, I figured it a good time to put a silver lining onto the cloud that is some of the darker moments during this time. So I’ve decided to polish some old skills and try my hand at some new ones! It is a time of rebirth after all. So, as you can see here, the obvious might look a little bit like a tiny helmet…which it is. One of my almost life long hobbies, that I’ve been following but not actively doing, is this. A company called Games Workshop…or plastic crack as “we” call it. Genuinely can’t get enough of the lore they have built over the decades. They have been some of my most enthused reads! If you were in denial about me being a geek before, you can’t hide from it now. Also, in the background of this photo, there may just be some completely new skills I’m working on….or there may not be, so all of your eye squinting and attempts at digital unfocusing will be in vain….orrr maybe they won’t.

I also wanted to take this opportunity to thank, from the bottom of my heart, all of the NHS (National Health Service, here in the UK) and healthcare workers worldwide for your unceasing efforts to protect us. I imagine it might be feeling a little rough right now, but you Ladies and Gents are absolutely smashing it! Keep it up! You got this. “Hold on a second”, I hear you utter…..”if he has both hands in the photo…how is he taking the photo??” New skills, my friends….new skills.

We still can’t figure out what other new skills he might be talking about. Considering he can shoot heat beams from his eyes and also hang out with Jaskier, any ‘new skill’ especially one that looks like it involves text and bar graphs, only invites curiosity.

At any rate, if you ever wondered what faction of 40K he’d play, there you go.

Who else do you think out there is a secret 40K fanatic?