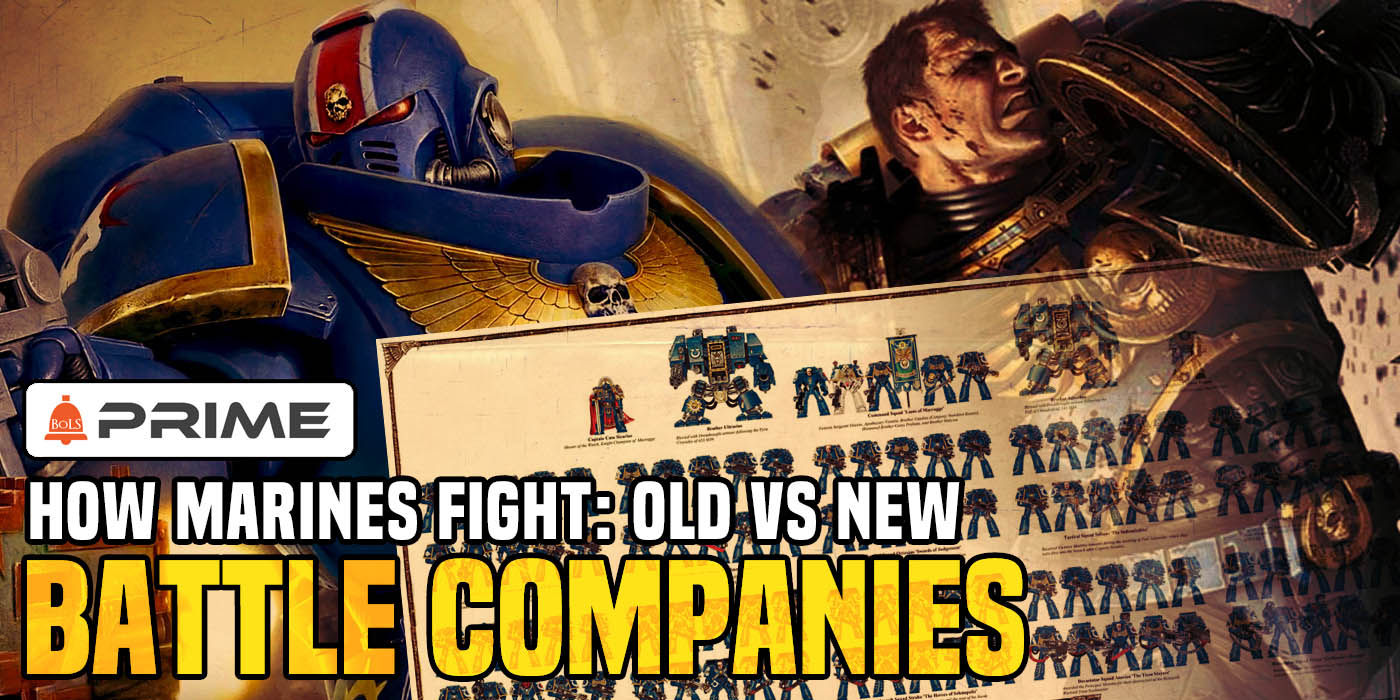 Today let's take a look at how Cawl's innovations have transformed how the modern Space Marine Companies fight.

Space Marines are the center of Warhammer 40,000, and represent, for their size, the most deadly fighting force in the galaxy. They operate according to the Codex Astartes; itself built on lessons and the ways Space Marines have operated since the days of the Unification Wars. As such, Classic Marines (the pre-Primaris Marines) operate within some fixed guidelines and in some precise ways.
Previously we've looked at how the Classic, non-Primaris, Marines fought and how that was heavily based on the armies of WWII. We've also taken a look at how Belisarius Cawl changed the way Primaris Marines fought, leading to a military renaissance as well as the real-world sources, the designers drew on in creating the Primaris Space Marine way of warfare. We have focused on the core squads previously; today lets look at the bigger picture of how Primaris Companies were reorganized.

The Inflexible Company
Previously we've discussed how the makeup of the classic Tactical Squad was based on WWII infantry units, in particular British Paratroopers units circa 1944. As we saw,...

Author: Abe Apfel
Abe is that rare thing, an Austin local born and raised here. Though he keeps on moving around, DC, Japan, ETC., he always seems to find his way back eventually. Abe has decades of experience with a wide range of tabletop and RPG games, from historicals, to Star Wars to D&D and 40K. He has been contributing to BOLS since almost the start, back when he worked at and then owned a local gaming store. He used to be big into the competitive Warhammer tournament scene but age has mellowed him and he now appreciates a good casual match. He currently covers 40K tactics and lore, as well as all things Star Wars, with occasional dabbling in other topics. Abe remains in mourning over the loss of WFB to this day.
Advertisement
BoLS Prime Subscription
Advertisement