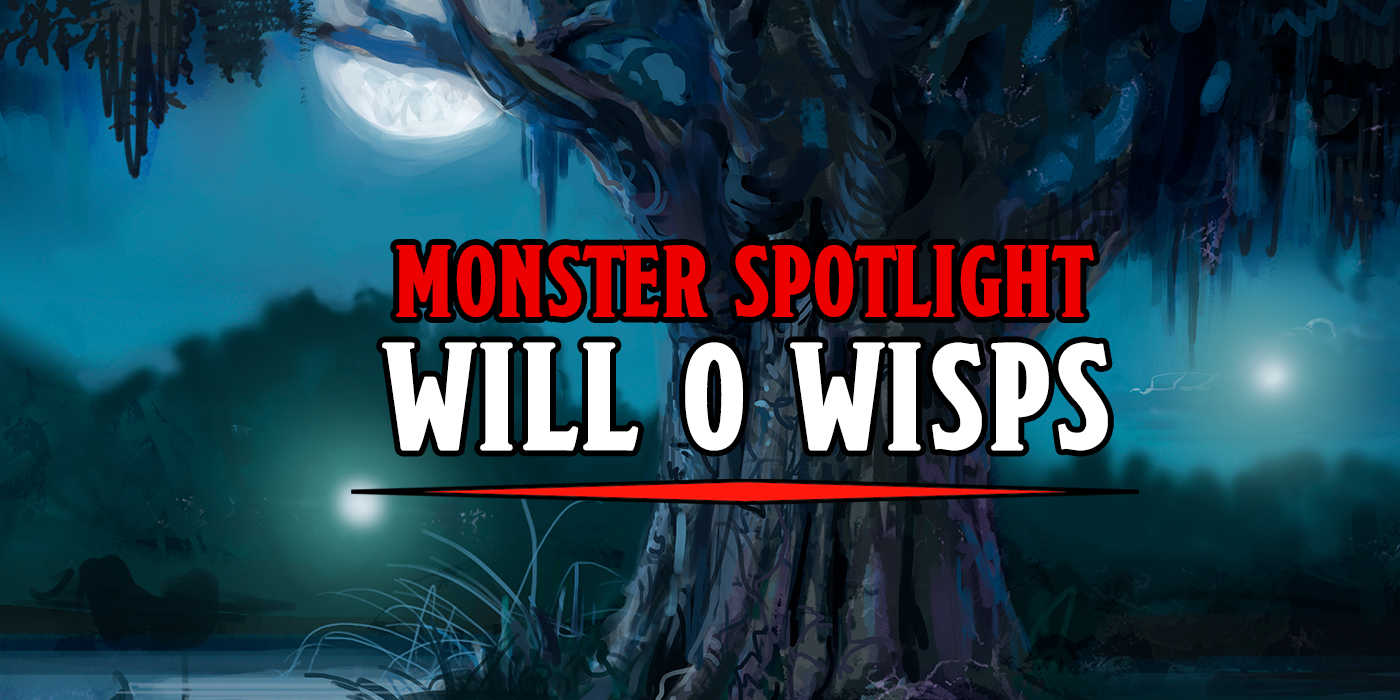 If your party is lost in a bog at night and you see lights bobbing in the distance, run away. That’s not friendly lanterns, it’s the Will O Wisps.

Will-o-the-Wisps have appeared in folklore for much longer than D&D has had us making up fantasy characters and rolling dice, and for the most part they’re not dissimilar. Will-o-the-Wisp refer to a phenomenon where a lantern like light will appear over swamps, bogs, and marshes. While it’s likely caused by the mixture of chemicals and normal decay creating a bioluminescent adjacent effect, the light shave been blamed on ghosts, faeries, and the paranormal. In the real world, wisps aren’t so magic after all, but in D&D they very much are. 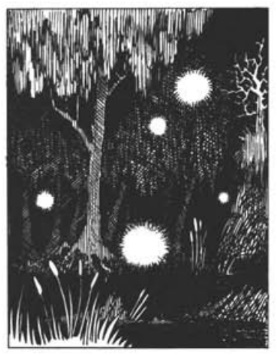 Will O Wisps appear as glowing spheres, described as looking a little like lantern or a torchlight dancing in the wind but with a blue, purple or green tint when engaging in combat. Effectively small spirits haunting deserted and usually pretty dangerous places like swamps and catacombs where naturally occurring traps aren’t uncommon. When an adventurer finds themselves trapped in quicksand the will o wisps will feed on it, so they try to lure victims to their doom like horrible dry angler fish. 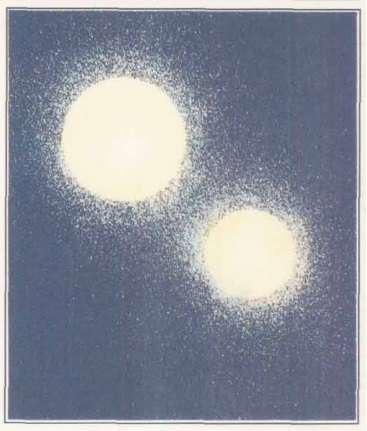 I know their description doesn’t leave an artist a lot to work with… but come on….

Usually found on their own, Will O Wisps will rarely be found in groups of up to three on particularly good hunting grounds. When that’s the case they will work together, using all of their combined color changing, lighting up, and going dark abilities to trick and disorient victims into traps. When working together like this they communicate optically, using changes in color and brightness which would be too subtle for the average onlooker to distinguish. A few Will O Wisps have mastered simple bits of audible language and have a ghostly sounding whisper of a voice when “speaking” to their victims. If I was lost in a bog and barely avoiding quick sand with twinkling lights coming in and our of vision around me, a ghostly whisper in my ear would probably be enough to end me. Will O Wisps are nightmare fuel while being themselves very small and having limited ways to directly harm their pray. 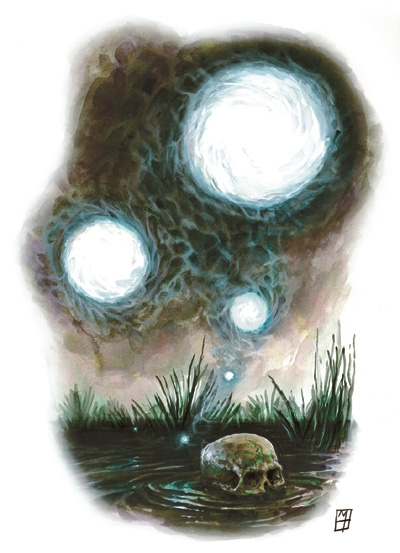 I’ve been ignoring this because it’s one of the less interesting parts of Will O Wisps, but they aren’t limited to luring their victims into sticky situation. When they want to or have to engage in combat, WoWs use small electric shocks which act as a melee attack and do 2d8 of shock damage. They are also immune to most spells, only effected by magic circles against chaos, evil, magic missile, maze, and protections from evil and chaos. And that’s only if you can recognize that you’re seeing Will O Wisps instead of fireflies, far off lanterns, or adventure madness optical illusions AND if you can see them and they haven’t made themselves invisible. 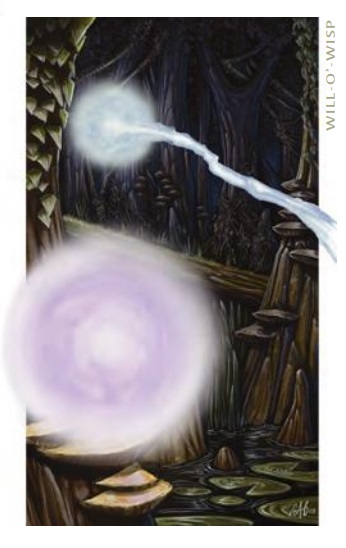 Will O Wisps aren’t just tiny light balls that want to lure you to your death and drain your spirit, they are also attracted to the sounds of battle, and in turn attract other fey creatures, undead, and predators intelligent enough to take advantage of the Will O Wisp’s lures. On their own, these creatures can be challenging or even terrifying, but a knowledgeable adventurer who knows what they are looking at would easily be able to recognize and avoid these dangers, much like the Fire Swamp. But this addition makes them pitfalls of danger. Sure, you may see whispering flickering lights and know to turn the other way, but that doesn’t mean that there aren’t more directly aggressive fey or undead just around the bend. 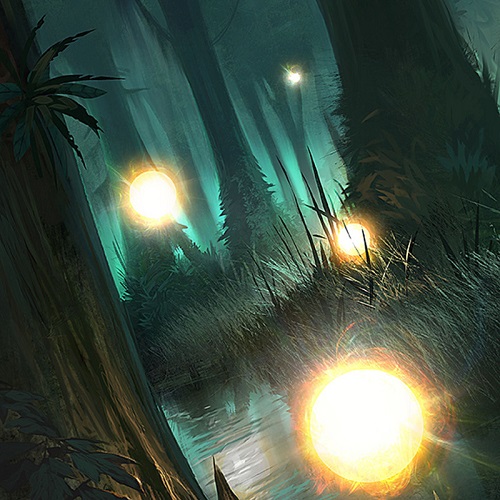 Here we learn that Will O Wisps can be formed when evil beings die in the lures that Will O Wisps have laid out. They can come from other places as well, but when an evil creatures dies in anguish or misery in forsaken lands with powerful magic energy, their souls become trapped, luring other creatures into a similar fate as them. So it stands to reason that a certain percentage of new Wills are formed when existing ones lure evil creatures into the bog. At first Will O Wisps felt chaotic and almost random. They were listed as evil, but you could be tricked by one, or not. Throughout the editions they’ve slowly evolved like, become more malicious and incapable of being anything but malicious. They’re an interesting ghost story within a campaign, but as an encounter maybe a little one-note without much in the way of complexity or motivation.

Have you encountered a Will O Wisp? Were they flanked by other awful monsters, or did you just have to get away from the pretty lights? Let us know in the comments! 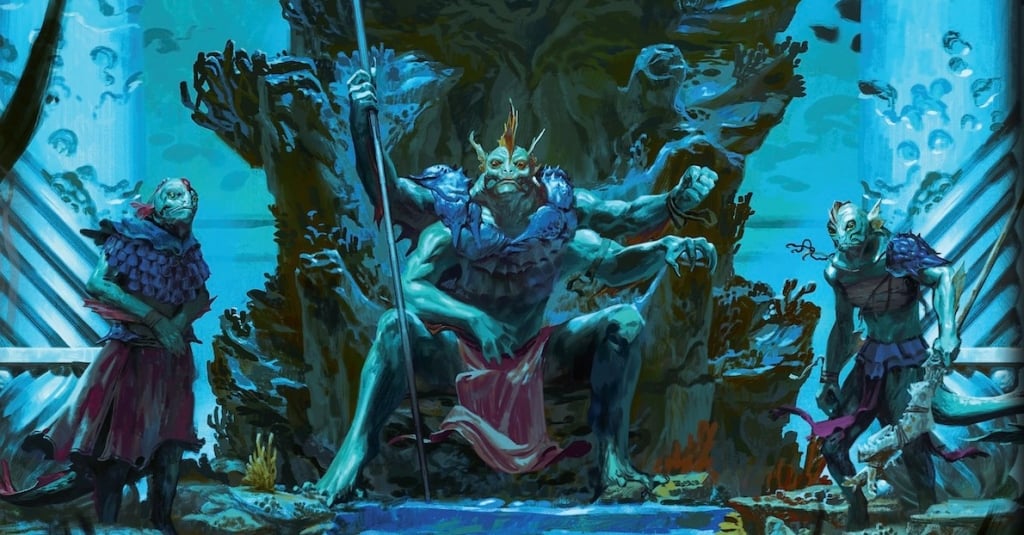