Goatboy’s 40K: Why the Harlequins Got Good 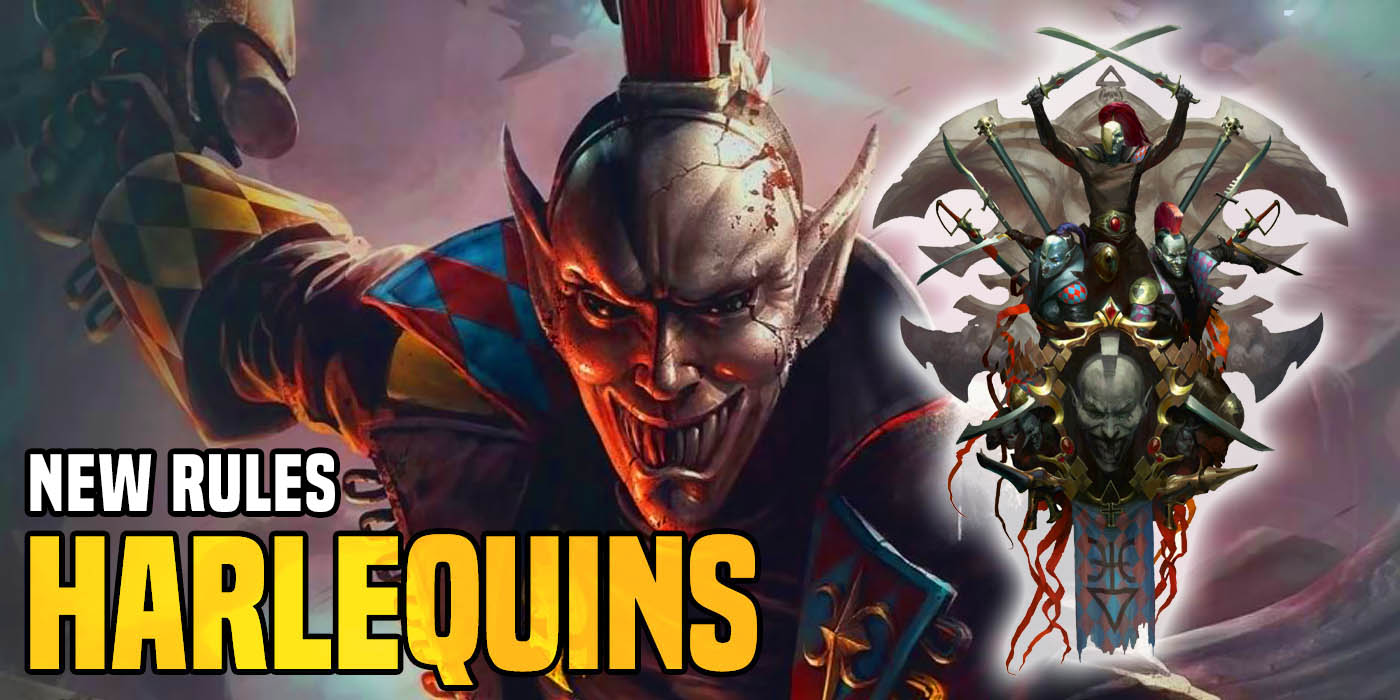 Today we are going to talk about what makes the new Harley rules so good compared to some of the other Psychic Awakening factions.

Goatboy here. Of course – a lot of others have done a good job of reviewing it so instead of looking at that – let’s discuss why these rules were successful and some of the other Psychic Awakening releases are not.  It’s pretty easy to see once you start to break it down.  The concepts are usually pretty universal for these lack luster armies getting some fun, extra sets of rules. 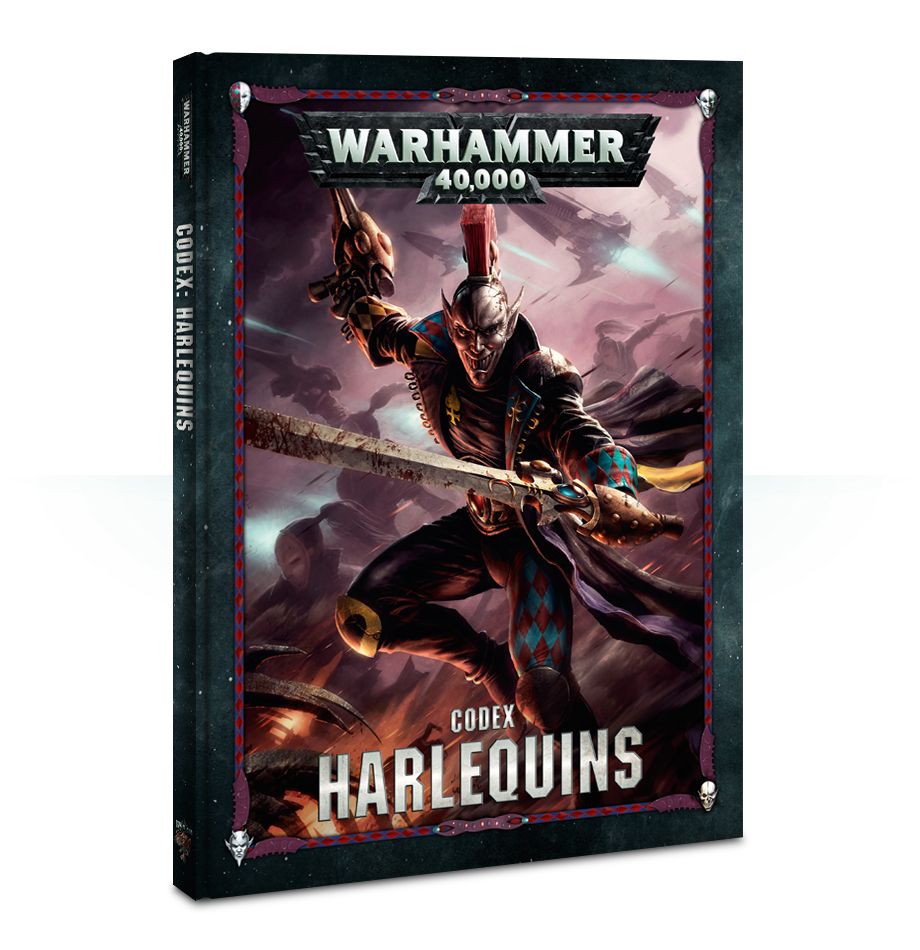 The Big thing the Harlie rules brought to the army is making them useful.  While only 4 pages of rules they are all – fairly useful.  That is the big thing in all of these updates is finding actual useful options to an army that needs them. This could range from army wide updates/changes like the Grey Knights updates – to just simple additions to their rules to allow for a more unique set of options (Chaos Space Marines).  The rules need to bring good powerful options that are both unique and interesting to play with.  If they only introduce more nonsense you will probably never try – then the rules are not going to be used (looking at you GSC).

The Harlie update is not going to make them a strong single choice army – they will still be look at as a “helper” to some of the other Aledari options out there.  This is fine as I think the book was never meant to be a single choice army.  It was always designed as a supporting player to the band that is the Space Elf army.  They are a unique type of Glass hammer meant to fill in some specific roles that a lot of these armies need.  Fast options that help answer a few things – whether it is throwing out some Mortal wounds, getting some powerful character options, or just finding a sweet sniper option – all of these things are within the little 4 page update the new White Dwarf gave out. 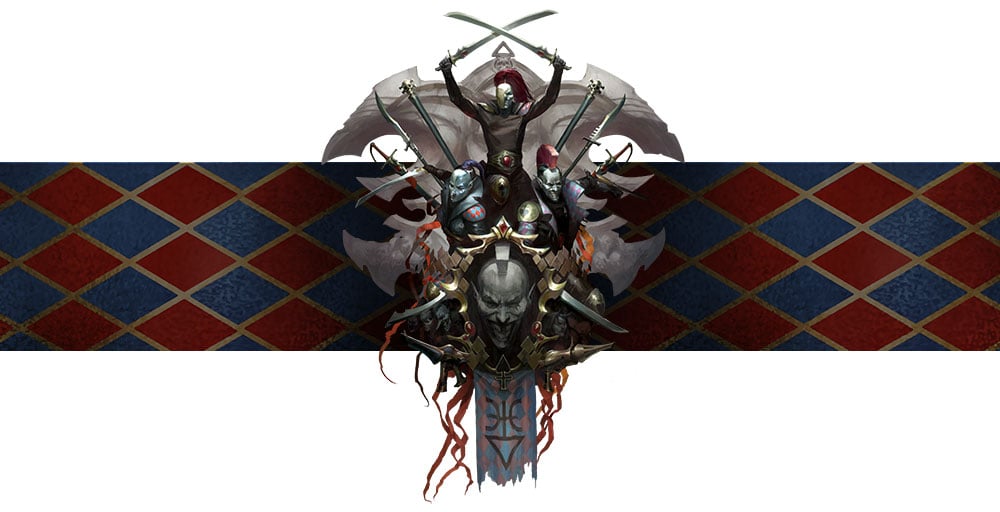 I think the sheer simple set of rules for updating each of the characters is probably the best thing to come out of these.  I think 40k has some issues where some of these characters end up being too good and dwarf the usage of some of the others.  Allowing some cool options to change the players up is a great thing and something I hope shows up in some of the other books.  Could you image some of the other characters we see given some new rules options instead of just the same aura?  How about those Daemonic Heralds having some new and unique rules that are just not hey you get my leadership, +1 strength, and maybe a unique option if the army is fully good focused.

Another unique thing is a set of simple but powerful Stratagems.  I don’t like trying to remember all the extra options I can spend a CP on.  Having simple and unique ones makes for a much easier game to think about as I run around the table top trying to shoot someone off the table.  It’s why I played Knights and also create “cheat” sheets when playing armies.  That way I can quickly figure out what strat to use at what time frame based on a few set of “circumstances” when playing a list.  Having 5+ pages of Stratagems is rather cumbersome as a ton are not that useful.  I think just limiting them and making more of them decent would be a great thing to help speed up this game.  Heck I also like how the Strats are set up to be useful whether the player goes first or not.  I think that is missing in some of the older books (cloud of flies…) that they need to set up these rules to not just need to go first to be useful.  Any of the Stratagems designed to be defensive need to be set up as a response to an opponent.  Make it feel like you need to complete a choice instead of just hoping you went first. 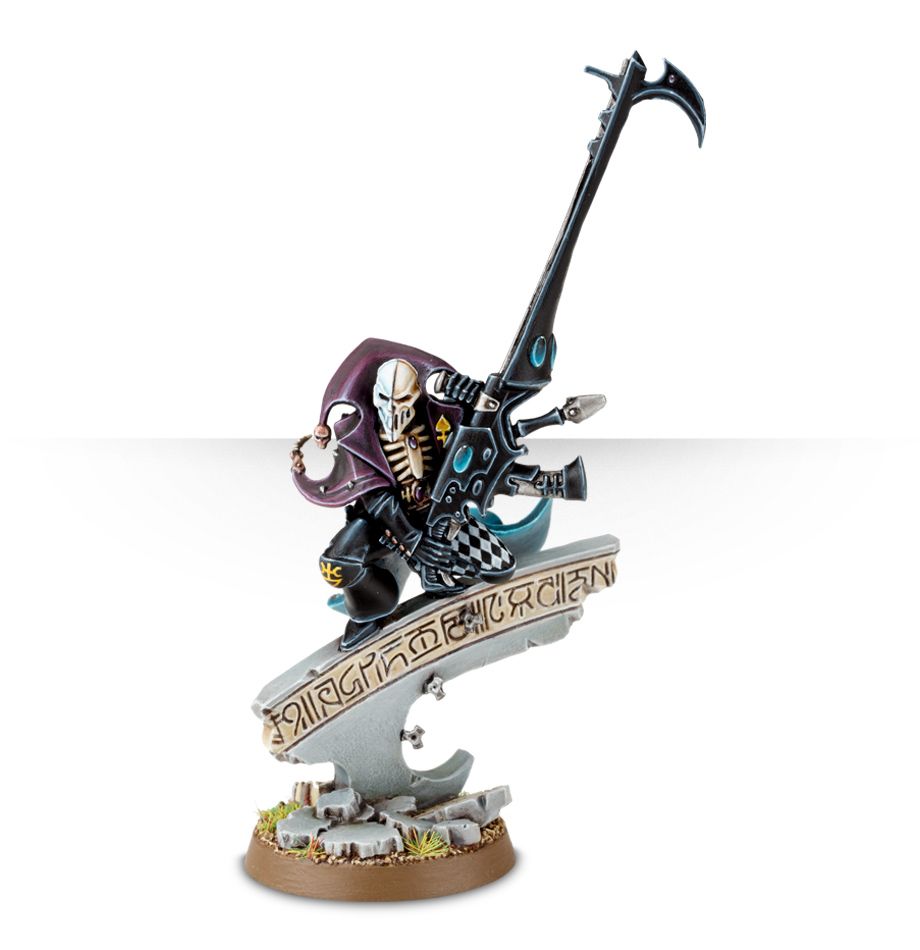 Send in (these two) Clowns

So far my favorite thing in the Harlie update is they made the Death Jester part of the one two punch with the Shadowseer.  They are pretty much the star players in this army and something I expect to see most games.  Heck I can expect to see a ton of characters in most Eldar armies as they are full of Harlie jerks, jerk Character airplanes, and them some gross mountains of flesh from the Dark Eldar.  It will be a unique list as the army tries to find multiple avenues to drive you crazy as you look for avenues to do damage to those space elves.  The Shadowseer’s sheer ability to make the awesome bikers better will be one of the main lynchpins in this army.  If we get any events going soon expect to see a lot of these fragile bikers with a buddy riding dirty on the back.  I built a few for a client – fun models but super fiddly.  Just having the ability to stack -1 to and -1 to wound on a fast platform will be huge for this army. 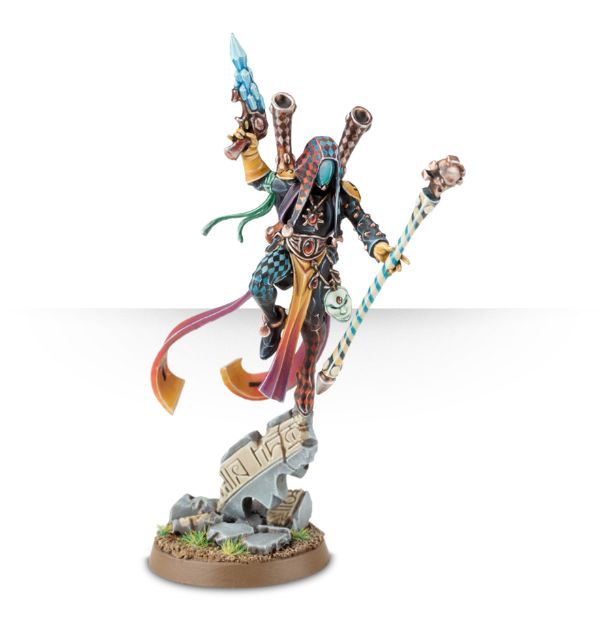 I was thankful they introduced a ton of new Artifacts too.  It was a shame the Death Watch didn’t get that kind of update as they could have easily had the “Vaults” opened up with some crazy weird war gear.  Heck it was why I felt the Harlie update would be lackluster like the DW one – but thankfully they gave out some fluffy options.  The Death Jester gun will show up a lot as the others are kind of weird – you could do a death machine Troupe Master if you wanted so that is neat too.  I just like that they added some which is great for those playing the dancers of death.

I am hoping the new Knight updates in Engine Wars following the Harlie side of things.  A useful set of updates to Character knights in some way, some extra Relics, and then good Stratagems.  If they give us a build your own Household type of thing then call that a win for those running the giant robots of death.  How did you guys like the new Harlie rules?  Are they as good as I and other people seem to think?  They don’t break an army but really just add a ton of fun to an otherwise lacking set of models?  Will we see Harlies show up outside of Sean Nayden’s awesome bit of nonsense?  Are other people going to be annoying with how fiddly they are to build and set up?  Is there a diamond paint pattern set of Contrast paint that you can just slop on and let it go?

Send In the Clowns!