Pathfinder: Curse Of The Crimson Throne Gets Pocket-Sized 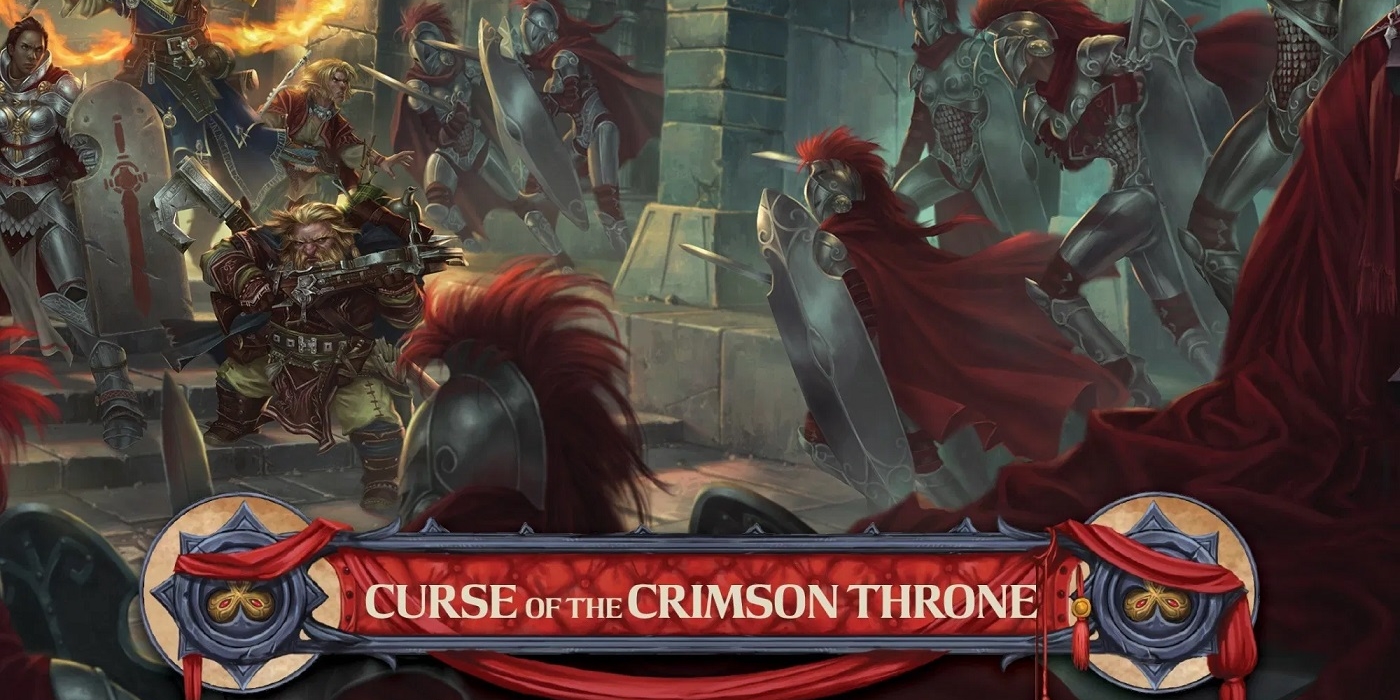 Move over Curse of the Crimson Throne there’s a new curse and crimson throne in town, and this time they’re both pocket sized. Check out this new release.

Come and check out this Adventure Path full of intrigue, action, drama, and a fair amount of swashbuckling and dragon cavalry. I love this adventure path because of how unafraid it is to go big. By the time you’re a few sessions in, you’re already dealing with a kingdom in turmoil, some missing heirs, and are vying for power in a land right at the brink of anarchy. And that’s before the golems and dragons show up. If you want an awesome book that puts the high adventure in high fantasy adventure, then Curse of the Crimson Throne. Check out the pocket edition, which compiles the entire adventure path in one single volume that’s ready to go and easy to use. 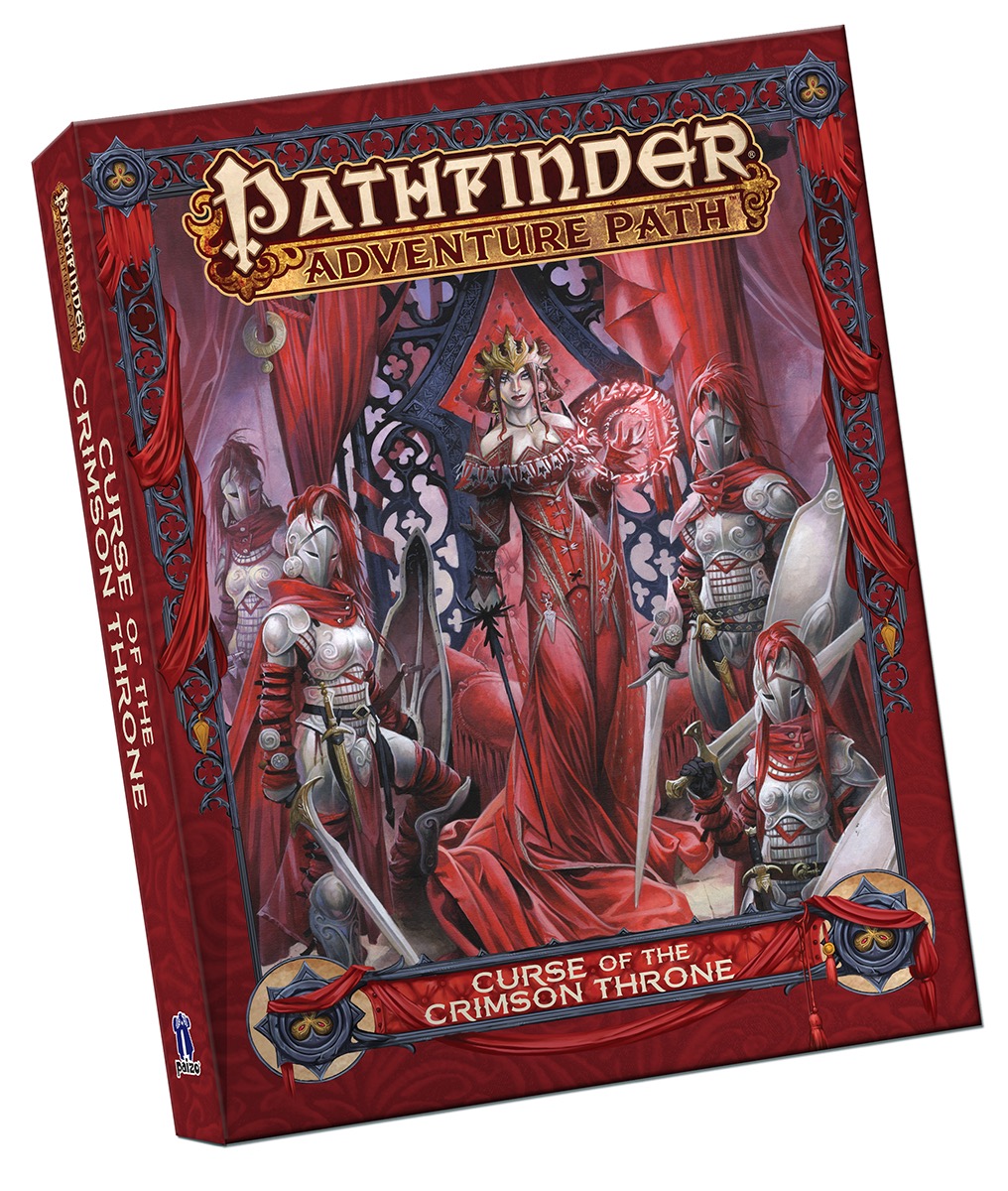 The kings and queens of Korvosa have long ruled under the shadow of the Curse of the Crimson Throne—an infamous superstition claiming that no monarch of the city of Korvosa shall ever die of old age or produce an heir. Whether or not there is any truth to the legend of the curse, Korvosa’s current king is but the latest victim to succumb to this foul legacy. Now, the metropolis teeters on the edge of anarchy, and it falls to a band of new heroes to save Korvosa from the greatest threat it has ever known! This softcover compilation presents the fan-favorite campaign for use with the Pathfinder Roleplaying Game First Edition, including new and revised content and nearly 500 pages packed with mayhem, excitement, and adventure!

The Curse of the Crimson Throne Pocket Edition contains: