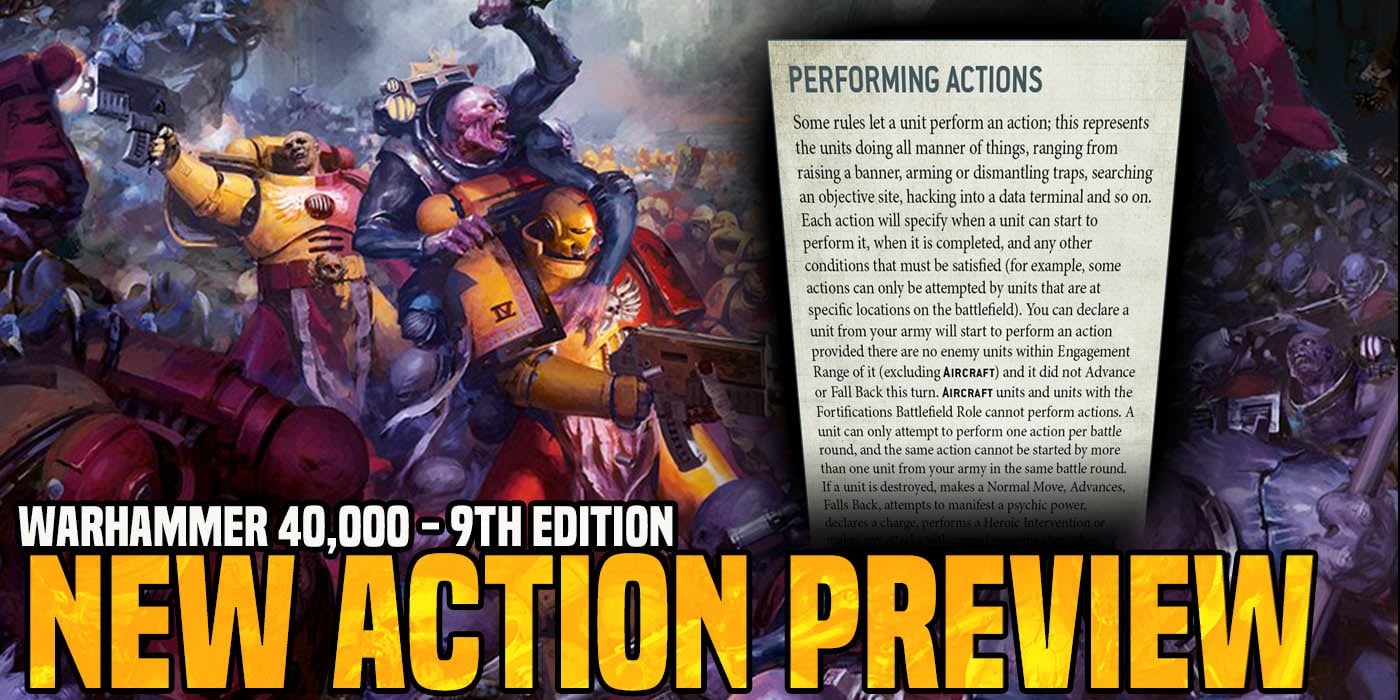 There is a new Genestealer Cult Faction Focus going down and it’s pretty informative for GSC fans. You can read about it here. But, as the GSC are wont to do, Games Workshop smuggled in some new rule previews and that’s what we’re going to focus on today. It’s all about those new Actions, folks.

“Actions are a new type of ability in Warhammer 40,000 that represent something that your warriors must accomplish in order to achieve victory. They can vary from searching for missing archeotech or activating a series of power generators, to completing a blasphemous ritual to the Dark Gods.” 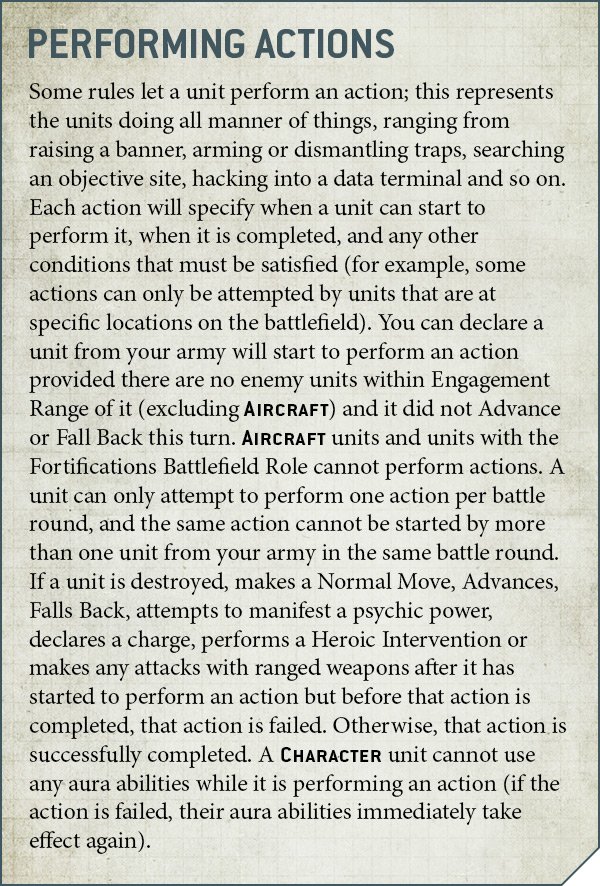 Okay, wow – that is a lot of text. Here’s the key things:

Okay – that’s still a lot of key things. How about an example action? 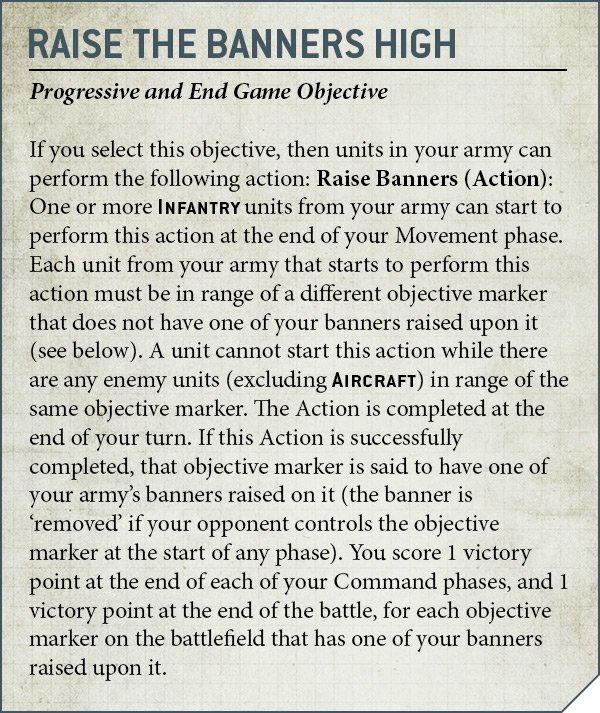 Here we have Raise The Banners High – note that it is both a Progressive and End Game Objective. Basically, it allows you to score VPs as the game goes on. It also counts as more VP per objective you’ve raised banners on at the end of the game. This seems like a pretty cool way to score VPs in as an Objective-based mission.

Actions seem like they are basically going to cost a unit a turn of doing stuff in order to complete these side-missions. At the same time, these can really score you some points and could tip a game in your favor if you manage to complete them. Is sacrificing a unit’s turn worth the trade? It most certainly could be! Especially if you’re rocking some of those pesky MSUs running around…

You didn’t think those 5-man scout squads were useful in the next edition? Guess again…

We’ll have to wait to see what other types of Actions/Objectives are out there. Personally, I’m looking forward to playing 40k with some of these new options to score VPs. If it changes up the way the game plays and handles missions, I’m all for it!

What do you think of these new Actions? Let us know in the comments!