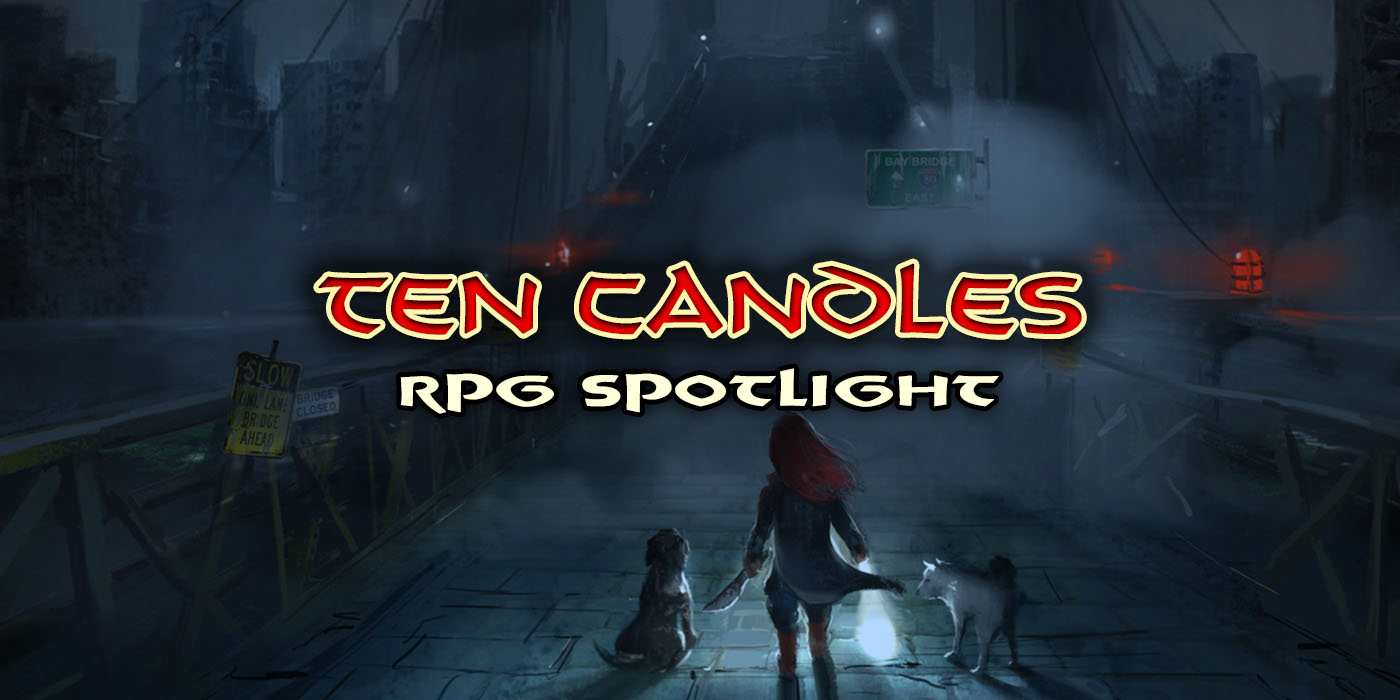 If you like your games a little on the macabre side, want more roleplaying than dice rolling, and appreciate some mood lighting, let’s light ten candles.

Ten Candles bills itself as “a tragic horror storytelling game.” It’s a game of storytelling and roleplaying over stats and skills where the mood you’re creating in the room is almost as important as the rules themselves. This uniqueness made the 2015 kickstarter for Ten Candles a very successful one, more than tripling its goal with nearly 500 backers. 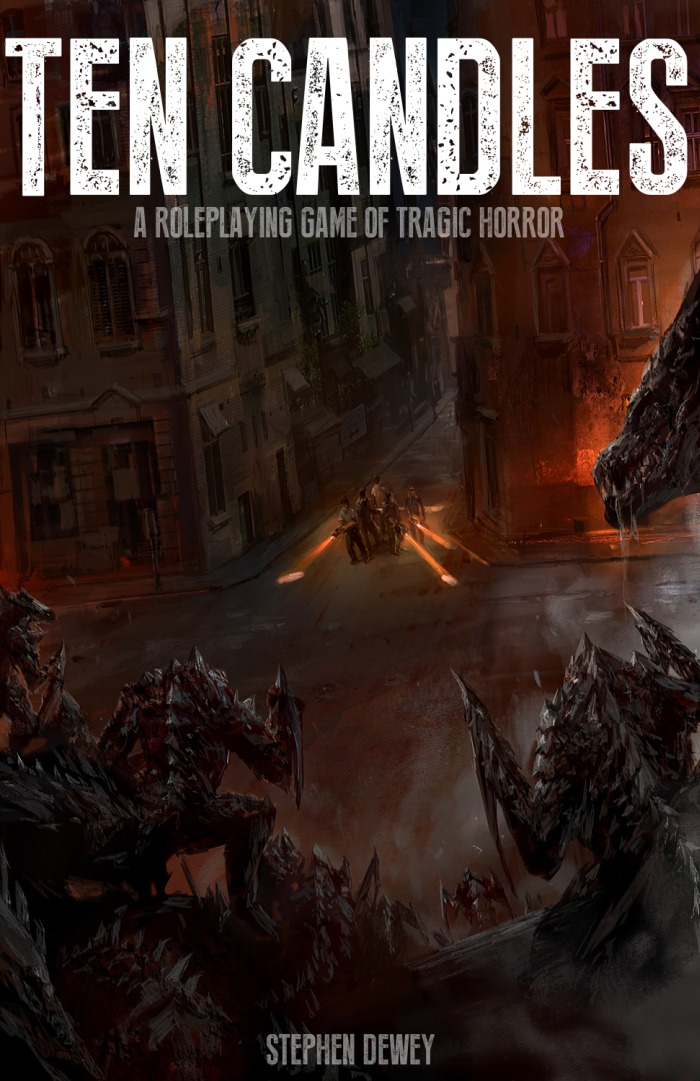 The first thing you need to know about this game is that when they say “tragic horror,” they mean it. Characters in Ten Candles have a 100% fatality rate, so if you want a pretty good idea of what the general tone of the game is going to be, imagine your favorite horror movie. Do none of the characters make it out? Perfect, got it in one. Is it one of those movies with one or two survivors? I’d list a few of my favorite extra-strength-bleak movies, but in the interest of not lobbing accidental spoilers into the crowd, I’ll assume you have a pretty clear image in mind now.

To set the game you want 4 notecards per player, a fireproof bowl, and ten candles as well as a ten like-colored dice for players and a separate, smaller dice pool for the GM. One one of each of your note cards you write a positive feature such as strong, brave, or kind. Another note card gets more negative attributes like manipulative, greedy or dishonest. These cards get passed around the table, and based on whichever descriptors you end up with, you design your character. They don’t need full backstories, you’ll only have them for a few hours. With the other two cards you write a goal your character has and on the fourth somebody else describes something awful they once saw your character do. Before you know it, you’ll have a character that is fleshed out well enough to drop into a horror movie scenario. From here you light up the candles, dim the lights, and start the game. 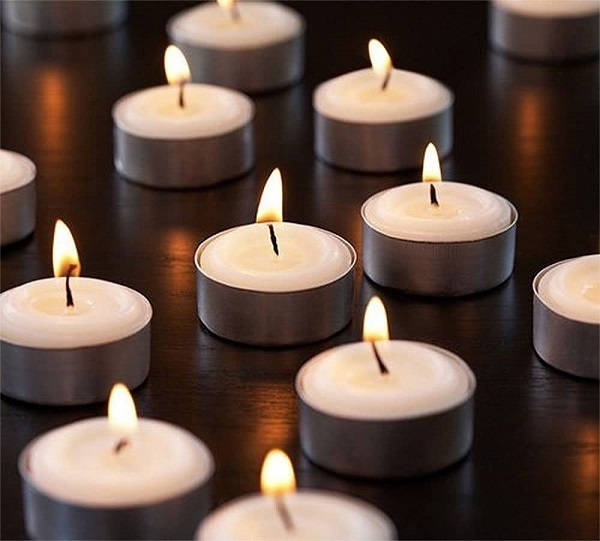 The game is made up of up to ten scenes where each player and the GM take turns adding “truths” to the world and then narrating their way through this world. Players describe their characters’ actions and speak their dialog, but when it comes time to try something a little difficult, dice start to get rolled. If a player rolls a 6 they succeed, but any 1s the GM takes and puts aside for the remainder of the scene. If you roll no 6s the GM permanently takes a die away from the player pool and adds it to their own. The GM only rolls to take over narration or outcome of a situation and if the GM rolls more 6s than the players, the GM gets to decide how things play out and the scene ends.

This may come across as a little confusing at first, but it sets up a series of very interesting dynamics. First, the players will start the game and the individual scenes with high odds of success, but every failure will bring their overall odds of success down further and further. And sometimes player failure give the GM a future boost. Second, it creates a situation where eventually characters will be desperate for a bit of an upperhand, and this is something you can purchase in Ten Candles by burning one of your note cards. Be careful though, because once all of your cards are gone, so is your character. 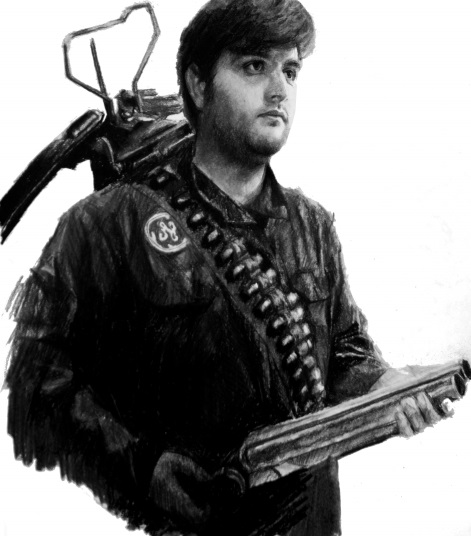 At the end of every scene a candle is blown out, remaining available dice are redistributed and you start the next scene. The game ends when the last candle is extinguished. What happens if you blow a candle out by accident? It’s gone. So just like a real horror story, a wayward sneeze could spell out certain doom in Ten Candles.

I am enamored by this game. It reminds of some scenarios in Betrayal At House On The Hill and Dread with its doomed-from-the-start tone. When the players know they aren’t going to “win,” the game goes much differently. It becomes much more cooperative and roleplaying out scenes can be fun as you’re not competing to cross the finish line. There isn’t a finish line, the best you can do is drag your entire team to the final scene. That isn’t to say that this game isn’t specifically designed to be a stressful, frantic, and desperate mess. It’s meant to be played in the dark as the candle slowly go out and you’ll clearly get at least a little attached to your character and the game before their last card is thrown into the fire bowl, but it’s that high stress kind of fun that comes from watching a suspenseful movie.

Ten Candles isn’t a game for everybody. I could see it being triggering for some of a source of not-fun stress for people who don’t watch horror movies in the dark when they have the house to themselves. But D&D isn’t an RPG for everybody either, and that’s okay. This is a fiercely unique tabletop game that doesn’t pull its punches, but you’ll still enjoy the fight.

If you want to check out Ten Candles for yourself, you can visit their website, here.

Which bleak horror setting would you want to visit? Have you  played Ten Candles before? Do you prefer a roleplay emphasizing game like this one, or an RPG with more mechanics? Let us know in the comments.