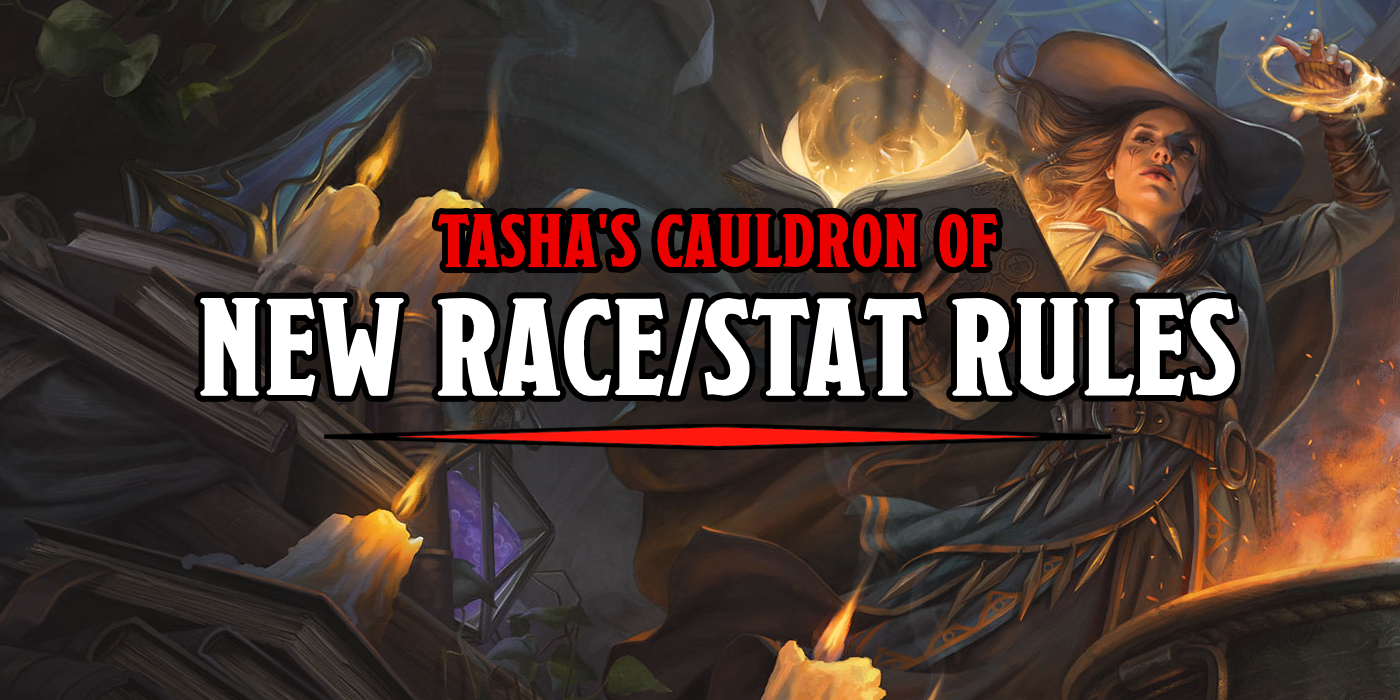 Tasha’s Cauldron teases new rules in the latest Dragon+. Come and see how the rules for character creation are changing, as race in D&D transforms.

Tasha’s Cauldron of Everything looks like it’ll be ushering in a bold new era of D&D, with more flexible character creation, more variety, and more options to change the game as you’re playing it baked into the game. This book presents optional rules that challenge core assumptions about the game, some of which are more than 45 years old. Character Creation is probably the biggest place where things are shifting, but the latest issue of Dragon+ reveals some delicious new details about the various rules featured in the book, so we can nail down some specifics about how things will work. 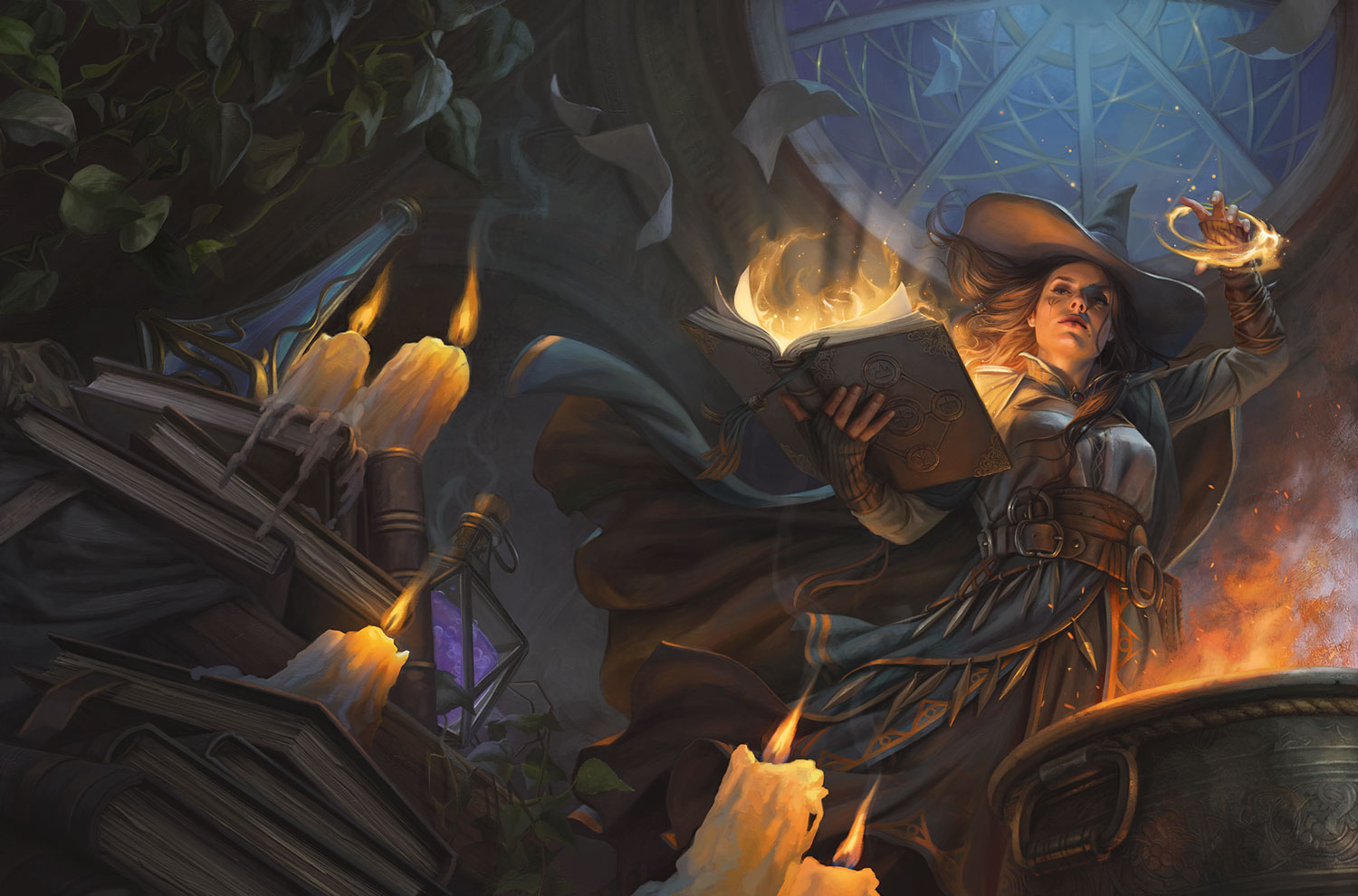 For starters, let’s talk about ability score modifiers and how they relate to which of D&D’s many “playable folk” you’ve picked. Wizards of the Coast is reexamining what it means to be an Elf, for instance, in their latest preview for Tasha’s Cauldron of Everything. Here’s a preview of how the rules will work, courtesy of Jeremy Crawford, lead rules designer for D&D (emphasis ours):

Tasha’s Cauldron of Everything includes a new way to customize your character’s origin. This rule allows you to take the ability score bonuses of your race and apply them however you like, based on the origin that you imagined for your character. The same rule also provides guidelines on changing certain other elements of your race. It’s all about digging into the fact that adventurers are exceptional. The race options as written in the Player’s Handbook are Western high-fantasy archetypes. If you want your character’s backstory to diverge from that archetype in significant ways, there are now some very simple rules to make those changes. Many players embrace these high fantasy archetypes. Yet for other players, having their character differ from the archetype is what draws them to that character. And we want to make sure that our rules make it just as possible to take that path as to follow the archetype.

Folks have taken this to mean that if you’re a High Elf for instance, you’ll be able to reassign your +2 Dex and +1 to Intelligence to whatever stats you like, meaning you could create a High Elf Fighter who sports a +2 Strength and +1 Constitution bonus. And as we’ve seen in past previews, you’ll be able to swap out certain features as well, so your High Elf with +2 Str/+1 Con might have a lineage that means you lose proficiency in Elven swords and instead pick up a feature better fitting a fighter.

Which brings us to the next point, Mountain Dwarves are the best at whatever they set their mind to. Their +2 Con and +2 Strength means a potential +2/+2 to whatever stats you need. Paladins with Strength and Charisma, both at +2? What about a Dwarven Wizard who maxes out both their Intelligence and Constitution at early levels. D&D isn’t Dungeons & Dragons, it’s Dwarves & Dwarves.

Frankly, it’s about time everyone else realized this. But these customization rules which allow you to diverge from “Western high-fantasy archetypes” aren’t the only things waiting for you. Another big reveal was a new version of the Bladesinger, reprinted from the Sword Coast Adventurer’s Guide. There’s lots of speculation as to what that means, everything from a clean up of class features, to something simple like dropping the Elf-only requirement, could be in the works for it.

Crawford also confirmed that most of the Class Feature Variants from previous Unearthed Arcana have made it into the book:

No other Unearthed Arcana published for fifth edition has been as popular as the one we created for Class Feature Variants. It was so positive, in fact, that most of those options have made it into the book. Some of that material has been refined in a variety of ways, but it’s all going to be recognizable. On top of that, Tasha’s Cauldron of Everything includes some additional options that were designed since that Unearthed Arcana was published. I think there are going to be some really delightful surprises.

Crawford says that the Character Options chapter is by far the biggest chapter in the book, with its myriad new rules that allow you to tweak the game to suit your tastes. We also got an indicator that the Group Patron rules have been tweaked, using the rules in Tasha’s Cauldron, players who serve a group patron can give each other advantage on various checks, a certain number of times per day.

We also got confirmation of some of the new artifacts that will be included. We knew before that the Demonomicon of Iggwilv was in the book, along with a new item: the Tarokka deck. But joining them are two classic artifacts out of D&D’s past: The Mighty Servant of Leuk-O, for some fantasy robot goodness: 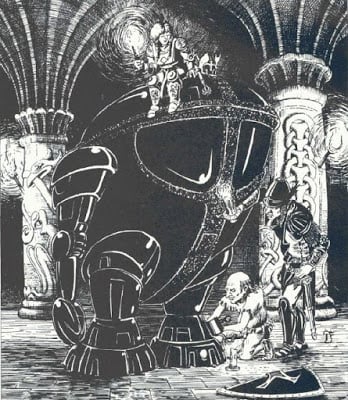 …and the Crook of Rao.

All four of the artifacts mentioned will be included with guidelines that encourage artifacts to be used as the plot devices/adventure generators they are.

Of course, there’s a lot more than just these snippets in the book, but already people are abuzz with possibilities.

What do you think of the new rules? Would you allow them at your table? What kind of character would you make?