Geekery: Behind the Scenes of ‘Our RoboCop Remake’ – DIY ED-209 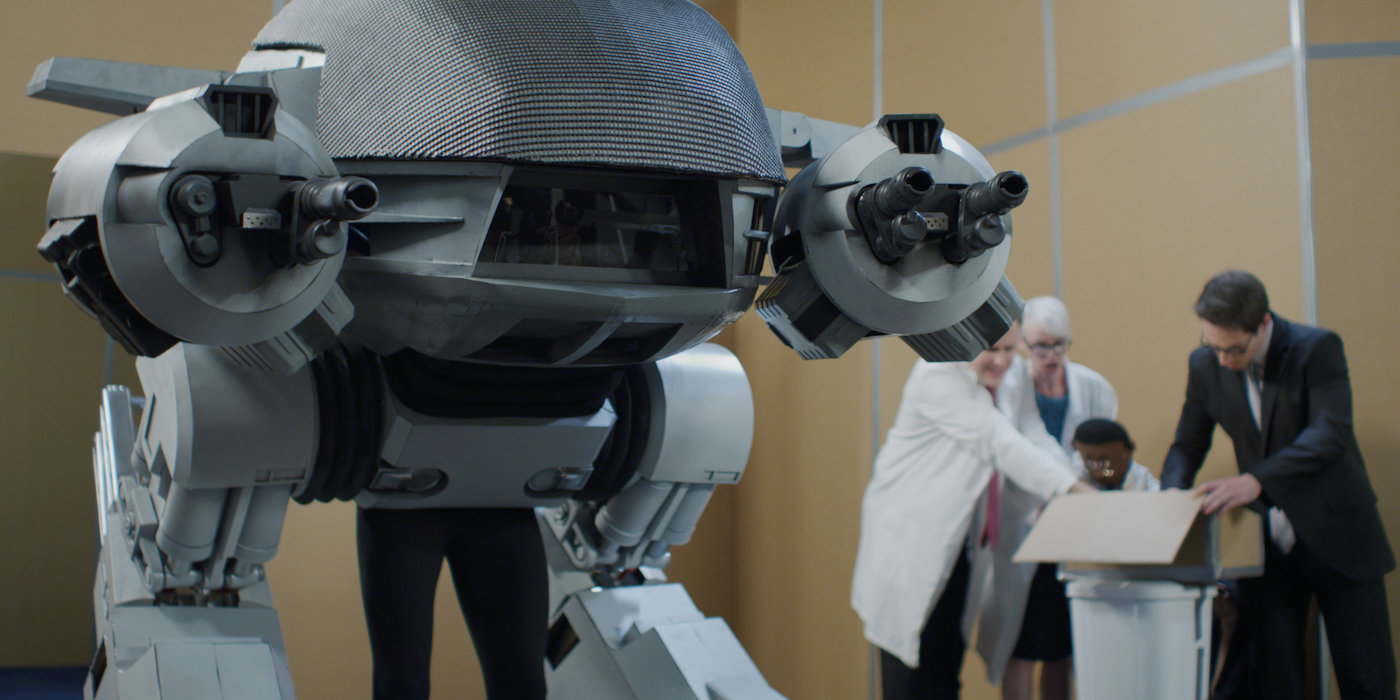 50 filmmakers patched together a remake the Paul Verhoeven classic, including a scene with a giant puppet ED-209 that kills a bunch of other puppets.

David and James Codeglia run Ghostlight, a production studio that works on all types of projects. They recently shot a segment for Our RoboCop Remake – a crowd sourced, scene by scene (kind of) retelling of the 1987 classic. They had the task of making a life sized ED-209 puppet for the infamous botched demonstration scene at the start of the movie.

You can check out the full project below. It is very not safe for work or kids… or anyone, really.

‘Our RoboCop Remake’ is a crowd-sourced film project based on the 1987 Paul Verhoeven classic. Connected through various filmmaking channels (including Channel 101) we’re 50 filmmakers (amateur and professional) from Los Angeles and New York who have split the original RoboCop into individual pieces and have remade the movie ourselves. Not necessarily a shot-for-shot remake, but a scene-for-scene retelling. As big fans of the original RoboCop, and as filmmakers and film fans admittedly rolling our eyes at the Hollywood remake machine, we’ve elected to do this remake thing our own way.