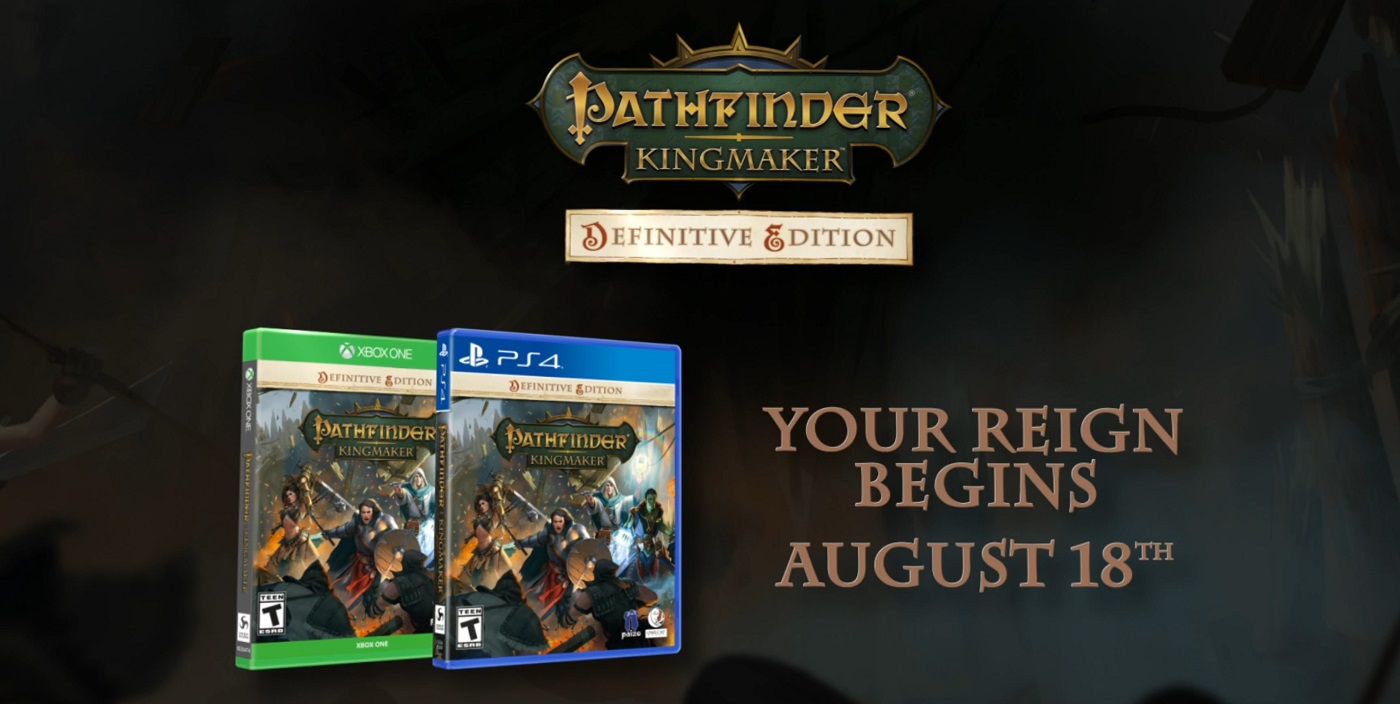 Pathfinder Kingmaker is the first Pathfinder video game, and today it’s coming to a console near you. Find out more, right here.

When Pathfinder: Kingmaker released back in 2018, it made waves as the first Pathfinder cRPG ever, and what a splash it made with one of the best adaptations of one of the most beloved Adventure Paths of all times. Part RPG, part kingdom-governing system, Pathfinder: Kingmaker had its issues, but over the last two years, updates, patches, and tweaks have been rolled into a definitive edition which is releasing on consoles today. Check it out folks!

Pathfinder: Kingmaker takes players on tour through the infamous Stolen Lands, the dangerous and turbulent territories well known within Pathfinder fandom. The computer RPG revisits familiar characters and well-known locations of the “series” lore and treats players to brand new adventures, deadly foes, and unforeseen twists and turns. Fans of the fantasy pen-and-paper RPG will experience its epic, heroic universe in new ways while computer RPG gamers will discover their favorite genre in a more contemporary light, in stunning 3D graphics that bring the universe to life.

Pathfinder: Kingmaker will challenge players as both adventurers and rulers as they claim explored lands and carve their kingdom from the wilderness. Kingdom founding goes beyond simple stronghold-building to become a true reflection of the hero’s character and choices made throughout the game. Each kingdom is a living thing shaped by alignment, choices, allies, and the hero’s ability to lead his or her people.