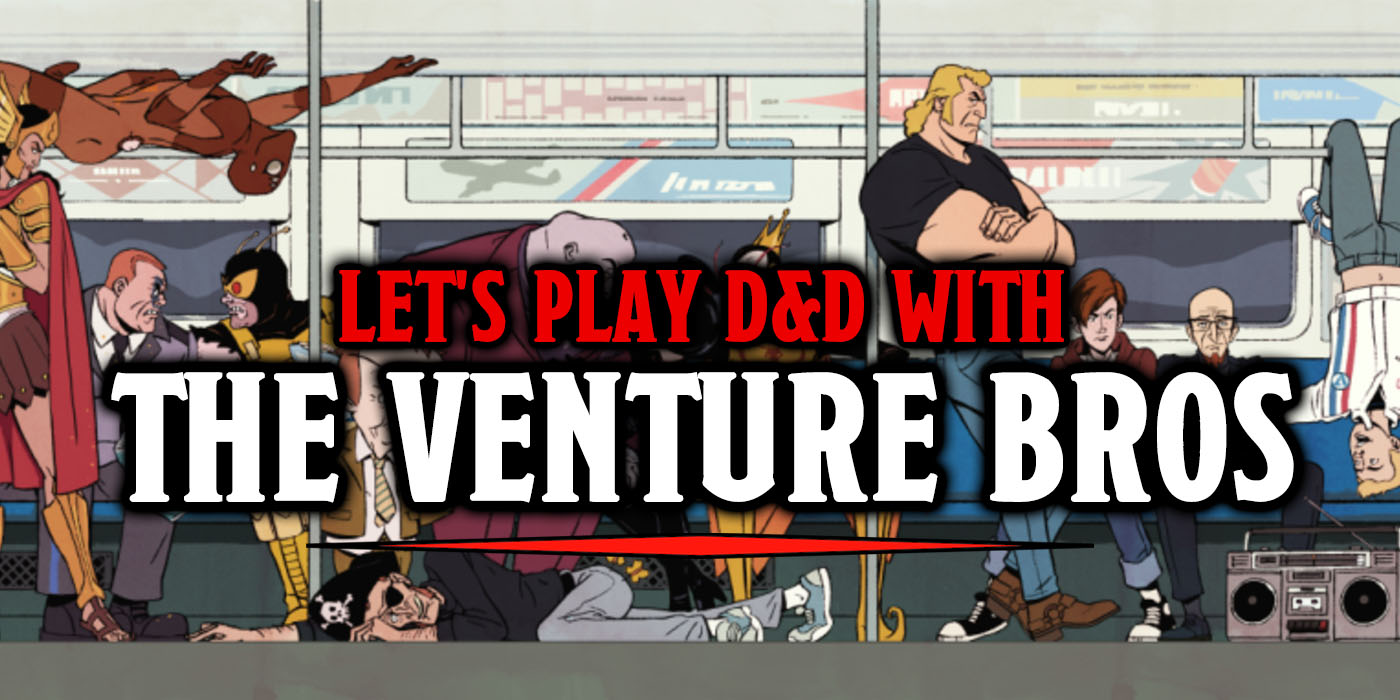 While we wait and see if the Venture Bros will find a new home and get the wrap up season we deserve, let’s take our minds off of everything with some D&D!

Except we’re not going to play with actual Venture bros Hank and Dean because those would be some pretty low level and maybe even a slightly boring sheets to make. Rusty and Brock on the other hand… 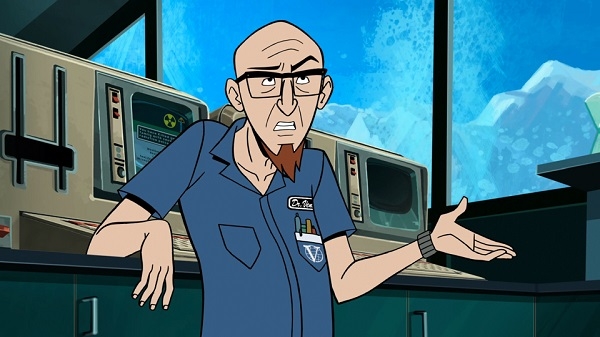 These are two of the most broken, fun sheets I’ve probably ever made. And if I’m being honest, I probably made a much more competent and playable version of Rusty than actually exists in the show. I went with artificer because he fancies himself a super scientist and picking battle smith as his specialty gave me an excuse to incorporate friendly robot Helper as his “Steel Defender.” My artificer has a robot friend… so I know first hand that in practice Helper will be incredibly useful about 30% of the time and hilariously unhelpful the other 70%. 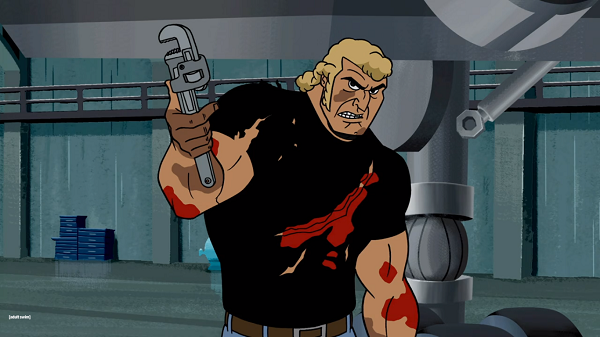 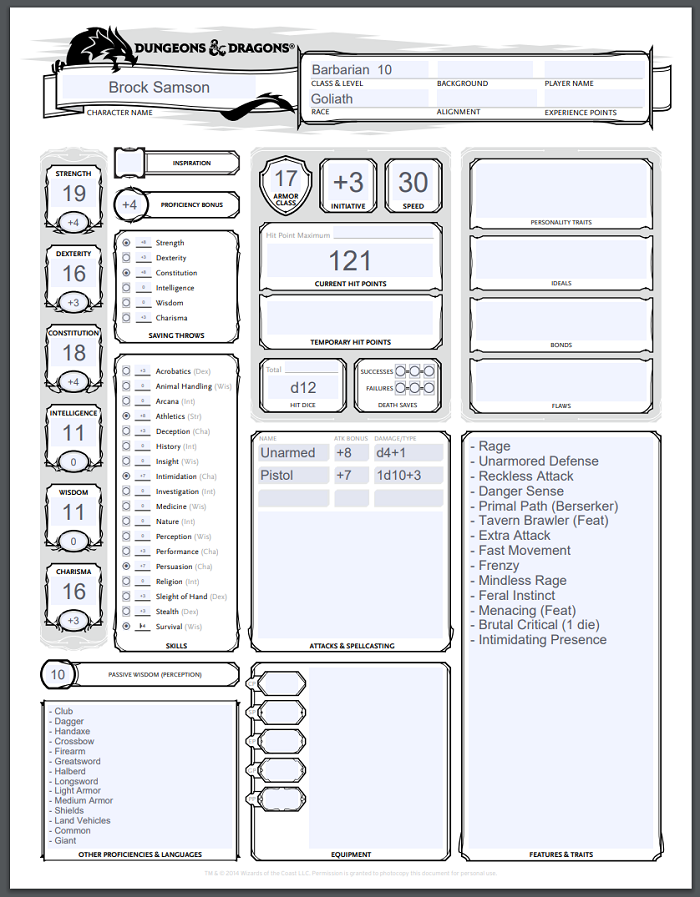 On the other side of the coin, Brock is big strong dude who you don’t want to cross. I forgot to add his alignment, but it’s Lawful Neutral – he’s hired to do a job and he’s sticking to the letter of that job regardless of how it gets done. Smart? Doesn’t need to be! Equipment? He’s got his weapons and he’s not going to take the time to put on any armor. Tavern brawler gives him the ability to make anything into a weapon, but he may just scare anyone who was thinking about attacking away before they even get close.

Which other Venture Bros characters would you want to see made for D&D? How would you have made these characters? Do you want to hear about the time I met real life Doctor Orpheus? Let us know in the comments!