RPG: Getting Metal With Mork Borg

Are you in the mood for some doom metal fantasy? How about apocalyptic tales of lost souls in a dying world. Grab your axe, it’s time for MÖRK BORG.

Besides being incredibly fun to say, MÖRK BORG is a new RPG that paints itself as a rules-light Artpunk RPG full of black metal flavor. MÖRK BORG, newly released through Modiphius and Fria Ligan, is an apocalyptic fantasy game that plays fast, but surprisingly deep overall. Though the book is light on rules, it’s heavy on theme, art, and settings, and gives you everything you need to run an entire campaign in its signature style by the time you’re done reading the book. 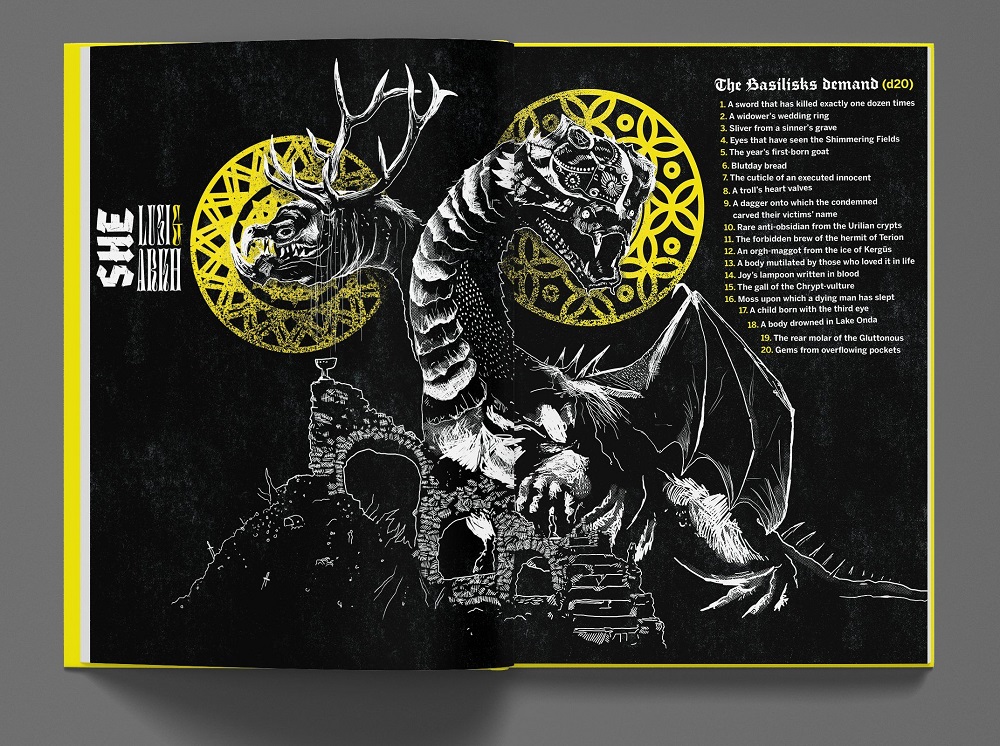 MÖRK BORG is a game where the apocalypse is at hand. Slowly, the various seals of its apocalyptic world are breaking, represented by a mechanic wherein you roll a die at the start of each in-game dame, and on a 1, a seal breaks–when seven have done so, the book instructs you: “the game and your lives end here. Burn the book.” Which is a good deal harder to do if you’re playing with a pdf, as most folks are these days. 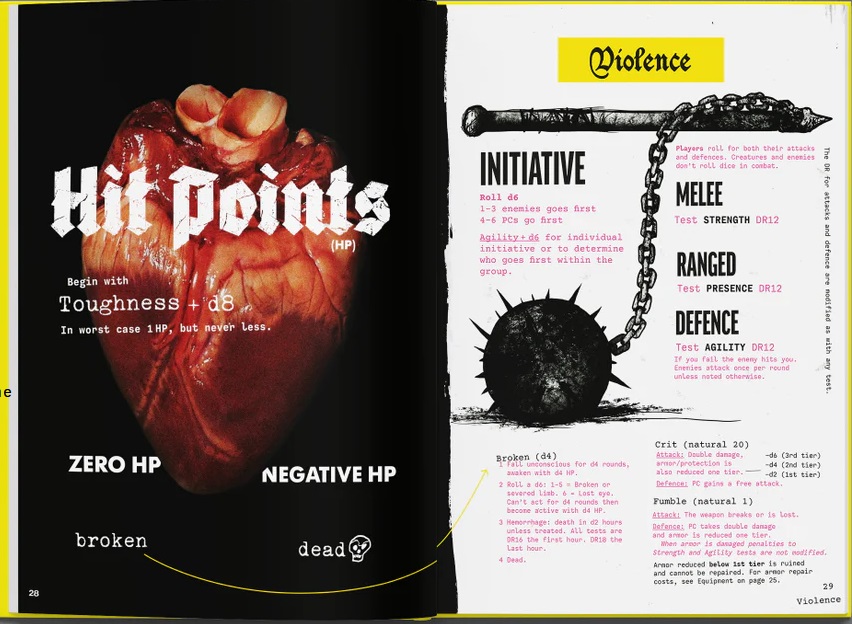 And for a game that sells itself on its artpunk nature, it lives up to the hype–though the style comes on occasion at the expense of substance or clarity. While the book is gorgeous, it’s not the most usable of texts, which is a shame, given that it won awards for its writing. But, if you’re looking for a game full of action and death and decay, this is it. 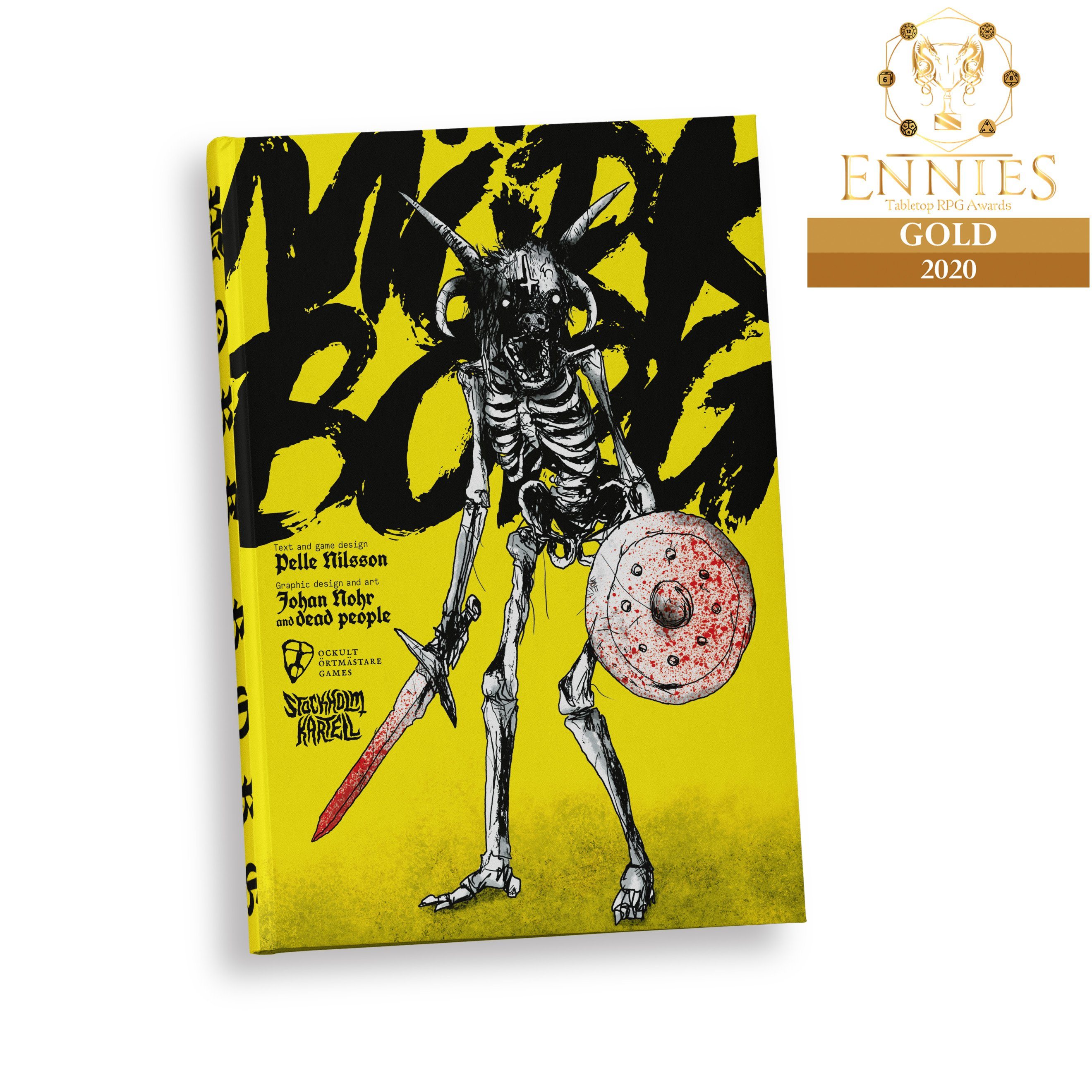 A doom metal album of a game. A spiked flail to the face. Light on rules, heavy on everything else.

MÖRK BORG is a pitch-black apocalyptic fantasy RPG about lost souls and fools seeking redemption, forgiveness or the last remaining riches in a bleak and dying world. Who are you? The tomb-robber with silver glittering between cracked fingernails? The mystic who would bend the world’s heart away from it’s inevitable end? Confront power-draining necromancers, skulking skeletal warriors and backstabbing wickheads. Wander the Valley of the Unfortunate Undead, the catacombs beneath the Bergen Chrypt or the bedevilled Sarkash forest. But leave hope behind – the world’s cruel fate is sealed, and all your vain heroic efforts are destined to end in death and dismay. Or are they? 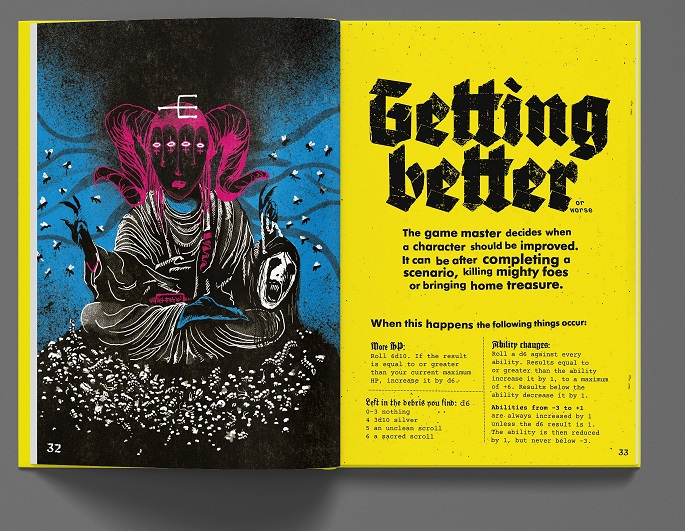 MÖRK BORG is a complete game in the OSR genre, that can be played as is or be picked apart for use in your own homebrew. The rules are easily made compatible with most of the editions of the world’s largest role-playing game. Within the book you’ll find: