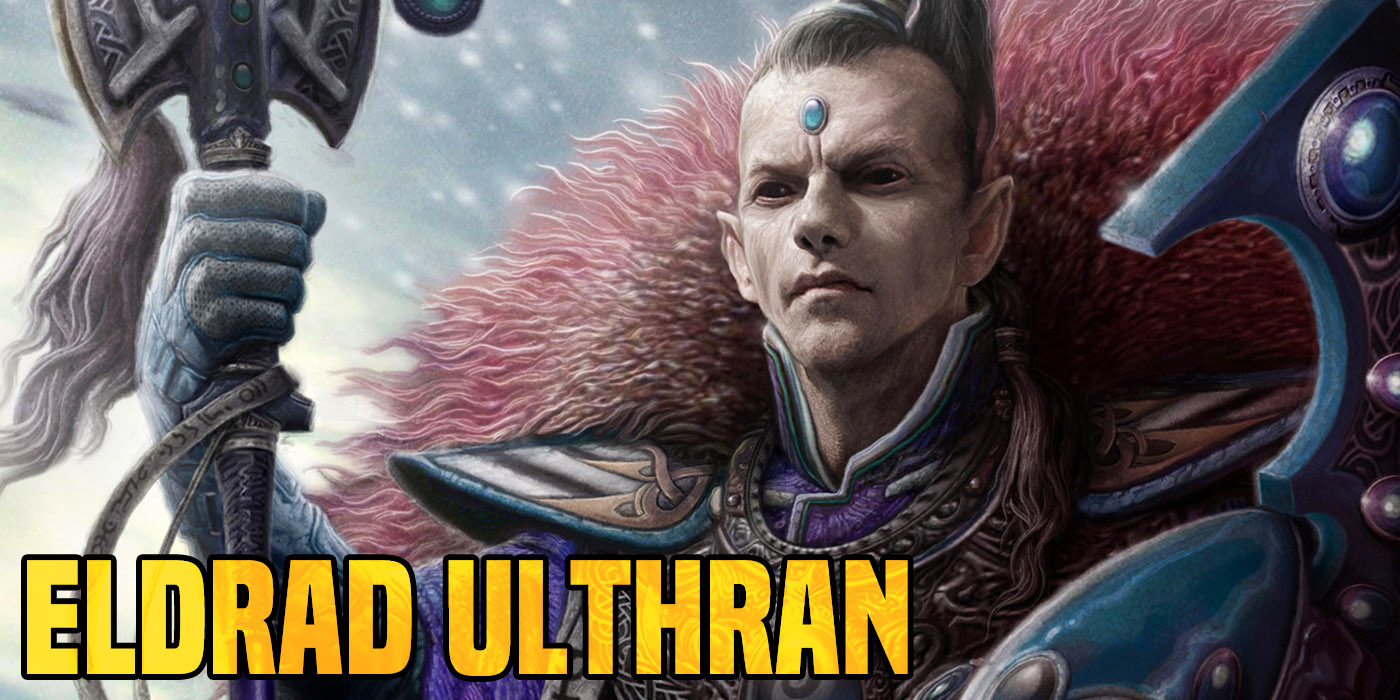 Today delve deep into the one who sees us as we seek to understand him – Eldar Farseer Eldrad Ulthran, greatest seer of his kind.

Eldrad Ulthran was the chief Farseer of the Ulthwé Craftworld. He was perhaps the most gifted psyker amongst the Eldar, his incredible foresight having saved many thousands of Eldar lives. He created and carried into battle the Staff of Ulthamar, and his resilience and power have been a rallying point for the declining Eldar race.

Before his apparent death, Eldrad was over 10,000 years old and was the first to warn the Imperium of Horus‘ treachery. On the Maiden World of Tarsus, Eldrad attempted to warn Fulgrim of Horus’ betrayal to no avail, only later discovering that Fulgrim had already been corrupted by Slaanesh and was beyond reasoning. Eldrad then attempted to end the lives of the Primarch and his bodyguards, but this would end disastrously for Ulthwé’s warriors, resulting notably in the loss of Eldrad’s trusted adviser, the ancient Wraithlord Khiraen Goldhelm and an Avatar of Khaine. The supposed perfidy of the Eldar would culminate in Fulgrim’s widespread virus bombing of many maiden worlds. It was this fateful event that would cause Eldrad’s massive distrust of the human race. 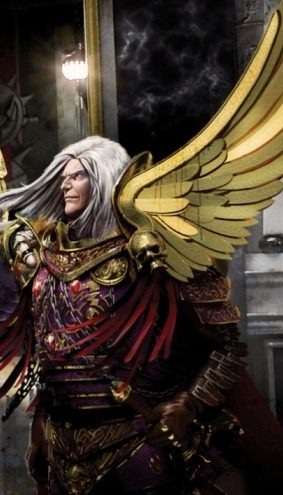 Nonetheless, Eldrad again intervened in human affairs when he appeared before the Cabal agent John Grammaticus. Ulthran revealed to Grammaticus that he opposed the Cabal’s aims and that their belief that Horus would usher in Chaos’ ultimate demise was not set in stone. He believed that humanity was meant to be the firebreak against Chaos and that without them the Eldar would fall and the galaxy shortly afterward. He offered Grammaticus a way to leave the Cabal and a chance to stop being a traitor to his own race. Using the Fulgurite originally intended to kill the Emperor and then Vulkan, Grammaticus was instead convinced by Eldrad to use it to heal Vulkan’s shattered psyche. 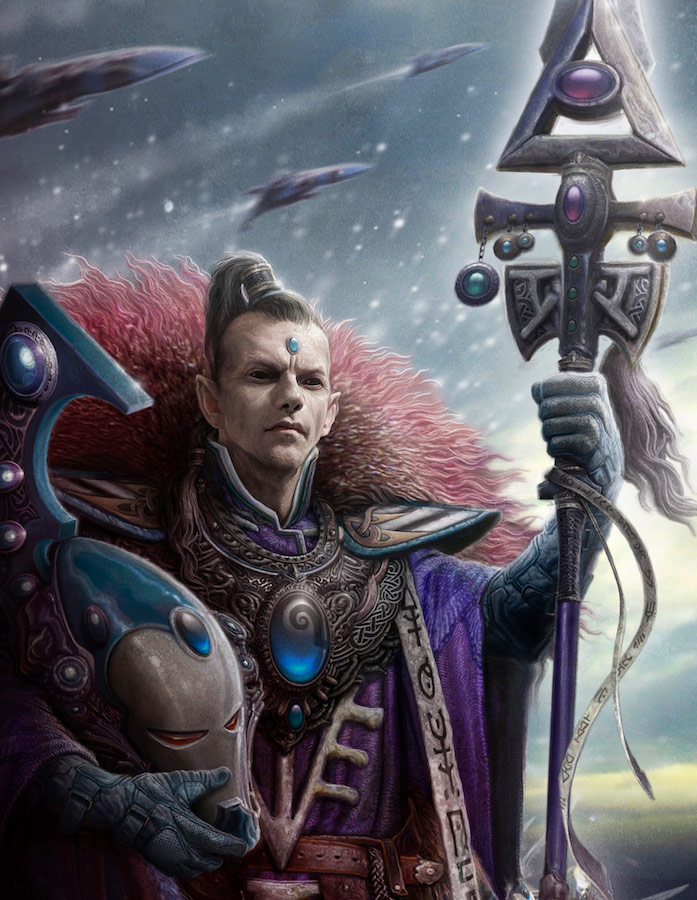 Eldrad next appeared psychically in the form of an old man to Vulkan, urging him to access the Webway on Nocturne and journey to Terra as his destiny demanded. He did the same to Barthusa Narek, recruiting him for a new mission. Eldrad became determined to eliminate the Cabal, believing their plans would eventually bring ruination to the galaxy and that humanity was the key to defeating Chaos. Together with Narek, Eldrad assassinated most Cabal members including Gahet, Slau Dha, and Damon Prytanis. After killing Prytanis, Damon allowed Narek to go on his way but took John Grammaticus.

During the War of the Beast, Eldrad led a ritual to transport Shadowseer Lhaerial Rey and her Harlequin Troupe into the Imperial Palace to deliver a message to the Emperor himself. Ultimately Lhaerial was captured, and as an olive branch displayed the tooth, Vulkan had given Eldrad.

It was through Eldrad’s foresight that the Eldar began a series of raids against the Orks, culminating in the emergence of Ghazghkull Thraka as perhaps the most powerful Ork Warlord in the galaxy, and diversion of his Waaagh! to the Hive World of Armageddon, rather than allow the Orks to move against the Craftworlds. Eldrad deliberately instigated the Second War for Armageddon, costing the Imperium millions of lives, to save 10,000 Eldar lives. Had it not been for his warning, the Iyanden Craftworld would have been completely unprepared for the attack of Hive Fleet Kraken. Also, he prevented Craftworld Saim-Hann‘s infestation by the Hrud, thwarted the mysterious works of the awakened C’tans and stopped the Days of Blood from coming to pass.

Eldrad’s predictions were also instrumental in the closing of the warp rift above the Exodite World Haran, which was to be used by the Gods of Chaos to pour forth its innumerable servants into the materium and the Eldar Webway. For many months, massed Eldar forces from all over the galaxy, joined by the mighty Phoenix Lords and led by Eldrad persecuted a great campaign against the forces of Chaos. Eventually, they succeeded in closing the warp rift, but at the cost of many Eldar lives. This lead to the planet being known as Haranshemash, the world of blood and tears.

On Andante IV, Ezekyle Abaddon and the Sorcerer Zaraphiston engineered a meeting between himself and Eldrad by attacking a Webway gate leading to Ulthwé. His ultimate aim was not to attack the Craftworld itself, but to wipe out Ulthwé’s Seer Council by eliminating their only means of escaping the planet. Many deaths came in the battle that lead to Eldrad and Abaddon’s meeting in combat but the ancient seer along with the combined might of his retinue prevailed over the Despoiler and his Black Legion warriors in a titanic hand-to-hand battle, but before the killing blow could be dealt by the Staff of Ulthamar, Abaddon was whisked away from the battlefield by his patron Gods. Eldrad had failed in his attempt to eliminate the great threat once and for all and realized that his own end would soon be at hand.

In the closing days of the 41st Millennium, Eldrad concocted a scheme to bring about the awakening of Ynnead through a mass psychic ritual. However, he was foiled by the Deathwatch in the Battle of Port Demesnus upon Coheria. Later during the Battle of Biel-Tan, Eldrad led the newly formed Ynnari to victory and helped create the Yncarne. However, the cost in doing so was high. Three of Ulthwé’s finest Farseers turned to crystal during the ritual that opened the portal through which the Ynnari made their escape. For this act, and for the wayward arrogance he displayed on Coheria, Eldrad was exiled from Ulthwé by its Seer Council.

Despite his exile, Eldrad continued to guide the Ynnari. He later reappeared during the 13th Black Crusade, dispatching the Shadowseer Sylandri Veilwalker to aid the Imperial forces. He next appeared on Kalisus in the Cadian System as a member of the Ynnari to guide several Imperial survivors of the destruction of Cadia into the Webway.

Eldrad eventually returned to Ulthwé, leading his Ynnari in defense of the Craftworld.

As of 6th Edition, Eldrad is still alive. The 6th Edition Eldar codex makes no mention of the 13th Black Crusade introduced in the 3rd Edition Eye of Terror campaign and its eponymous codex. Eldrad is now described as being in his last days, crystallizing, but very much alive.

Famous Farseers of the Eldar

~Whatever the Eldar and Ynnead have in store for the galaxy, Eldrad has foreseen it. 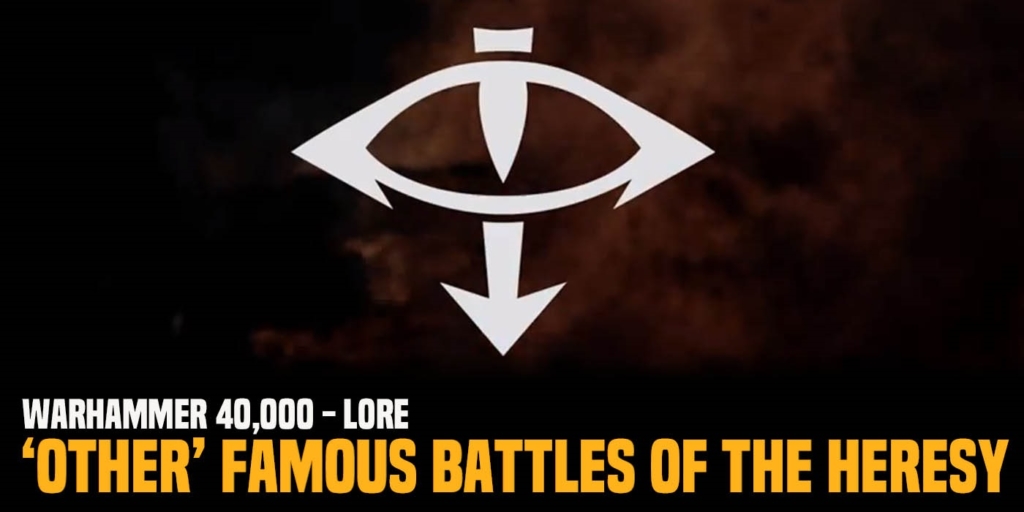