D&D: Just How High Can You Get Your Armor Class While Still Being Fully Nude? 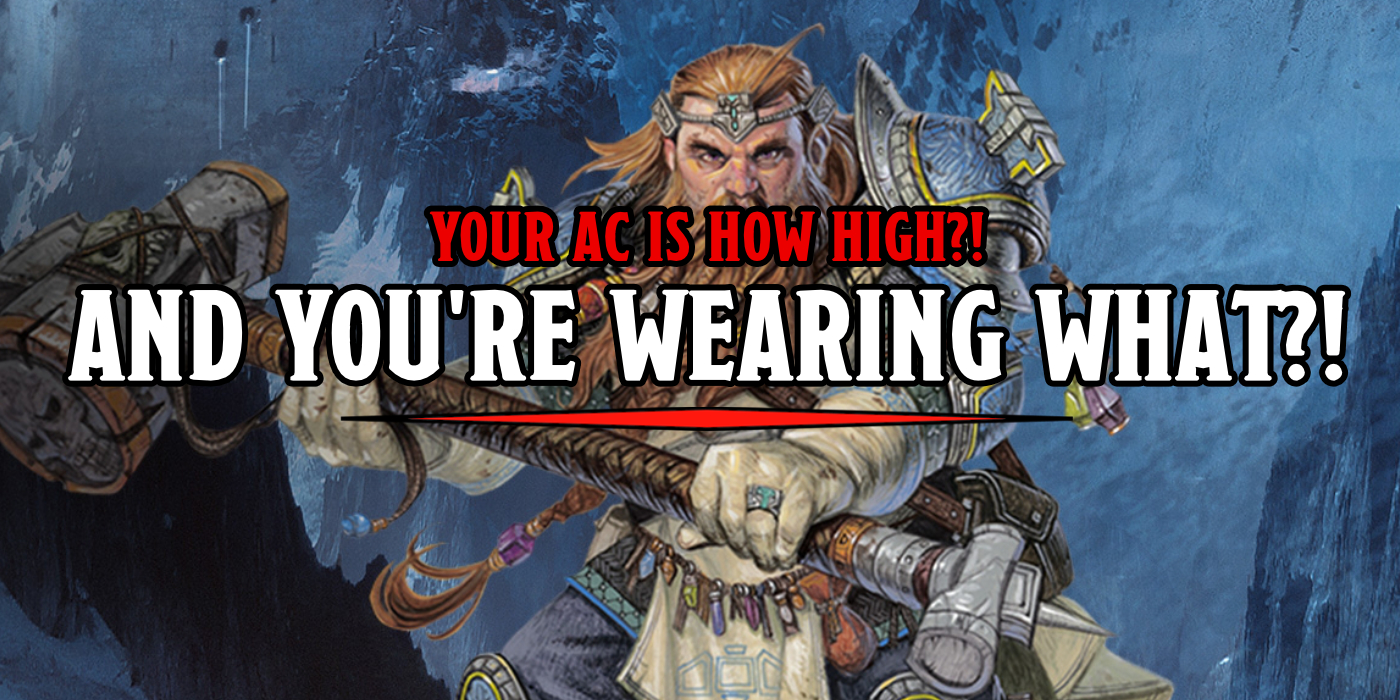 Sometimes Armor Class doesn’t require armor at all. In fact, you can get more out of your armor class if you’re wearing nothing at all…

If you’re a D&D hero, you might wear a suit of heavy armor, double it up with a mighty shield, and fight defensively to make it hard for those goblins to land their blows. And that seems like it should be the best kind of protection. But in D&D, it turns out, the best defense happens when you’re fully nude. Yup, that’s right. We’re going to show you how in D&D the best protection is nothing at all. Nothing at all.

And like stupid, sexy Flanders there, it all starts with an unbridled rage, by which we mean you’ll want to be a Barbarian. Armored defense is where it all begins–you’ll want a high dex and a high con. Fortunately, with the new Tasha’s Cauldron of Everything chargen rules, you can play a Mountain Dwarf and get +2/+2 to anything. So we pump Dex, Con, Int, and Charisma. Strength is for losers. And Wisdom will keep us out of trouble, and we don’t want that. Assuming we use point buy, we have a potential starting block of:

We’re playing your typical mountain dwarf, lithe and nimble, but with a hardy constitution. Our baseline AC is 16, which means that our dwarf, just letting it all hang out, as braided and brazen as you like, is as tough to hit as a fighter in chain mail. Harder if we pick up a shield. That’s only the beginning. Next we take Bladesinger, because that’ll let us add our Intelligence to our AC, which gets us up to an 18, as well as access to the Shield Spell, meaning our nudist dwarf is as hard to hit as a plate wearer. Then we start down our true calling, bard-dom. 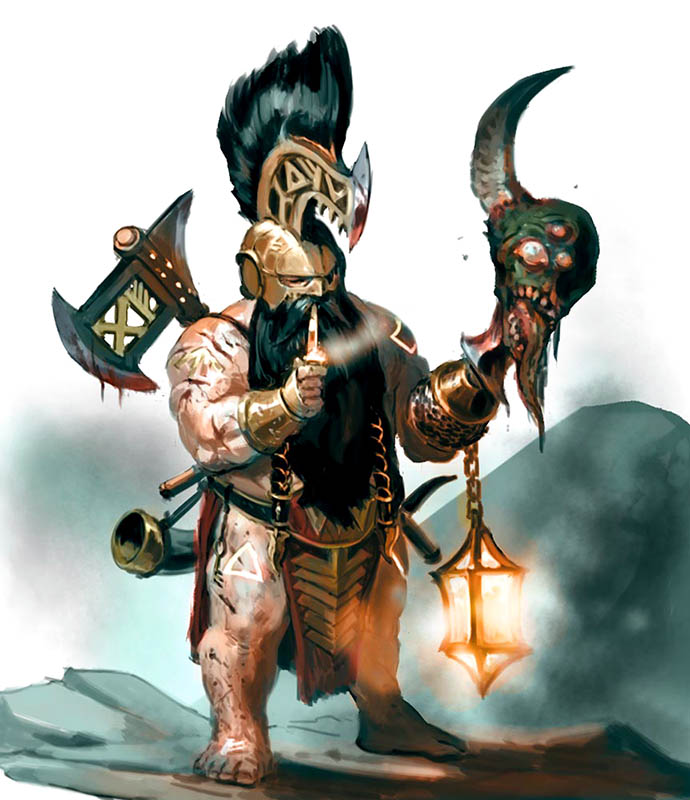 Because there’s no better profession for a nudist dwarf than a bard. Specifically we’ll take up the College of Swords, because we want to both improve our armor class, have lots of spells we can cast, and more importantly we want Defensive Flourish to help our AC hit the stratosphere. We’ll take that for 10 or so levels, which gets us the all-important extra attack, and lets us bump both of those 16s to an 18. Our baseline AC is now 20. Except that doesn’t take into account all the cool magic items we’ve found or stolen along the way. We picked up a belt of dwarvenkind, which boosts our Con to 20 and has the added benefit of making us even hairier. We also grabbed an Ioun stone to bring our Dex up to 20, and a headband of intellect which sets our Int to 19.

This makes our total AC 10 + 5 + 5 + 4, and then we add a pair of bracers of defense to give us a not quite shield, which still lets us play with Bladesong, giving us a 26 base. At 10th level Bard, when we defensive flourish, we can potentially gain +10 to our AC with a defensive flourish, which makes our highest AC a 36 right now. But we can do better.

Still too many clothes

Over the next seven levels, during which we take Fighter for defensive fighting styles and some much needed ability score increases we readjust our magic items. We pick up a Mask of the Dragon Queen because it’s fun to defeat followers of Tiamat, grab ourselves a Defender magic weapon, and max out Con and Dex. We have to say goodbye to our ioun stones, but that’s okay because we’re gaining so much more. Now we’re adding our Charisma, Int, Dex, and Con to armor class, which right now:

…only gives us a base AC of 23, but then you layer in another +2 from Bracers of Defense, another +3 from our Defender, up to +10 from Defensive Flourish, another +5 from Shield, we get a potential max of AC 43 just by ourselves and still naked (except for the dragon mask, which is a terrifying mental image).

But with friends, we can do better. If we know another high level Valor Bard, because what better companion is there for a nudist bard, we can swap our shield reaction out for a roll of their awesome D12 to our AC, so we can potentially gain a +12 from that (Or AC 50 max), stack in 3/4ths cover, either from the environment or from a helpful wizard friend, and we get another +5.

If we really want to get crazy, we can get married–we’ll propose to a wereboar who passes along their “curse”–per pg. 207 of the Monster Manual–for an extra +1 to AC (and bristly boarish body hair), and since we’re tying the knot, we can benefit from a Ceremony spell for another +2, then our wizard friend can cast Haste, the Cleric that married us can cast Shield of Faith, bringing us to a grand total of AC 62. 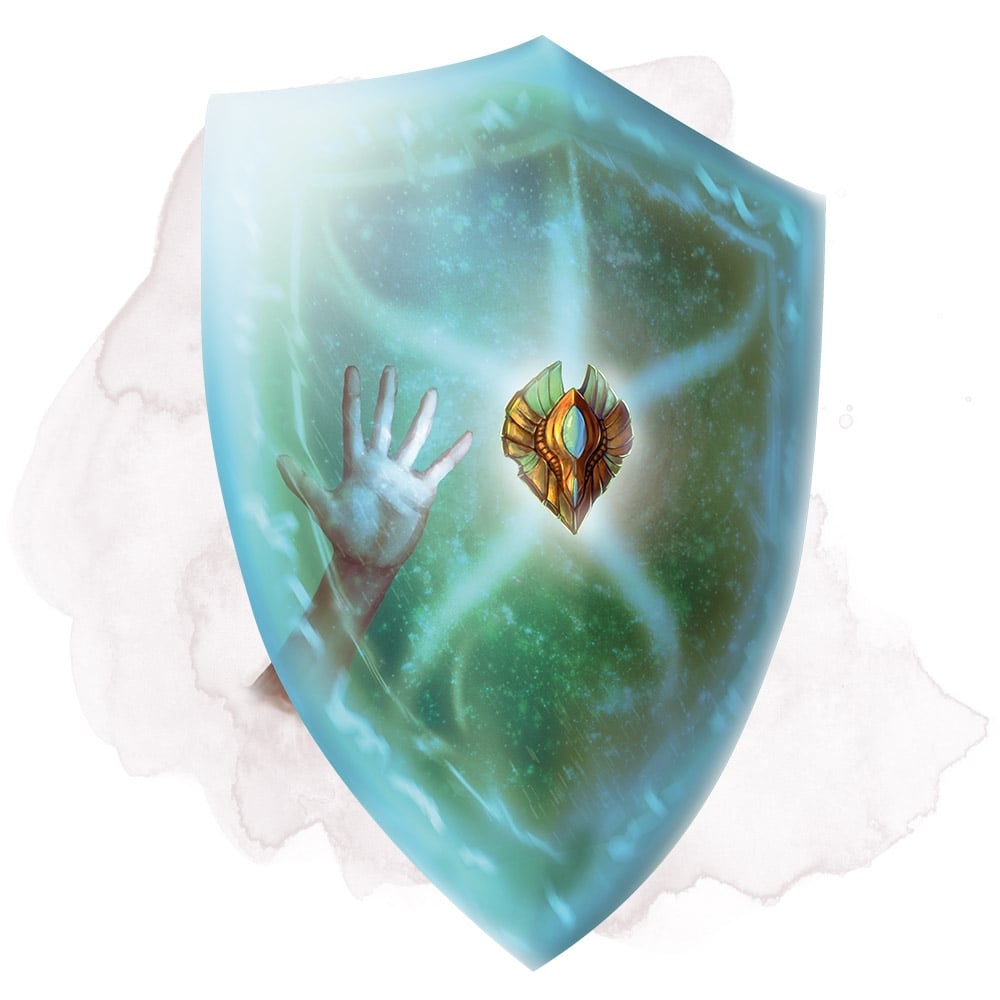 And that’s all fairly possible, without too much in the way of shenanigans (or clothes). If you really wanted to cheese it, and have an incredibly generous DM, you could potentially use multiple Stat Increasing books to push Dex, Con, Int, and Charisma to 30 (it’s technically in the rules as written), which gives us the best increase, pound for pound–pushing us to a grand total of AC 89. At which point we may as well swap out our levels in Fighter for Ranger so we can take Multiattack Defense so that, on the off chance someone manages to hit us once, we get to AC 93, again, nude but for a dragon mask.

That latter one is not likely, but it just goes to show that, with the right friends, and a little bit of magic items, anyone can be an unhittable hero. You know, unless someone rolls a 20, then it doesn’t matter what your AC is.

How high can you get *your* AC? Let us know in the comments!