Star Wars Costumes On a Budget 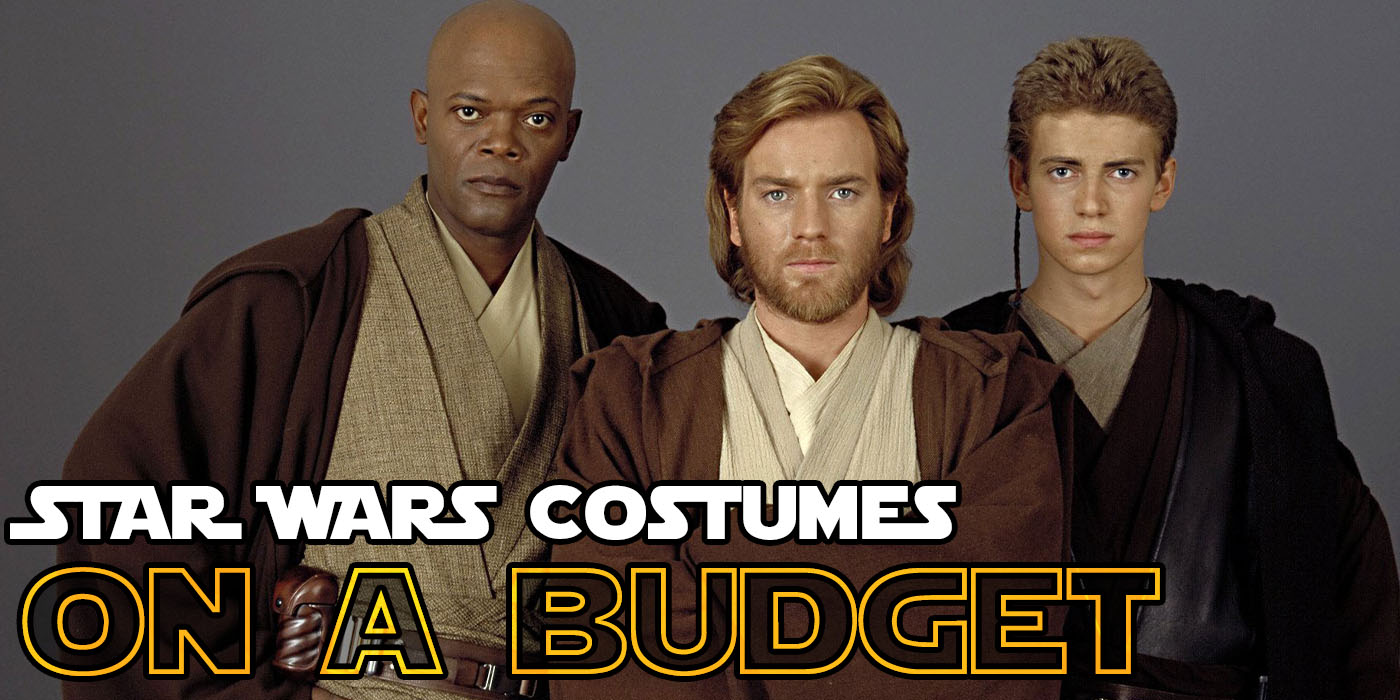 If you haven’t started thinking about your Halloween costume plans or weren’t planning to dress up this year, let me help you be a Star War on a budget.

It’s almost Halloween, and while many of us won’t be attending parties and the best way to hand out candy may be to rig up a Onceler-esque PVC chute, that doesn’t mean you can’t dress up to watch scary movies and eat way too many sweets. But how will you get together a costume in the next few weeks on a budget? Well, you have options and it can be surprisingly simple!

This is going to be the least budget friendly option, by a long shot, but it will also probably look best. Probably because I’ve seen some cosplayers who may or may not produce nicer work than anything the park will has on a mass-produced level. But at the end of the day, the Galaxy’s Edge offerings are pretty ding-dang nice. And, if I’m being very honest, fairly reasonably priced for what they are. Of courses, these are one of the more expensive options so if you don’t plan to attend a lot of conventions or troop with the 501st or Rebel Legion, this may be a bit much for a lowkey Halloween. 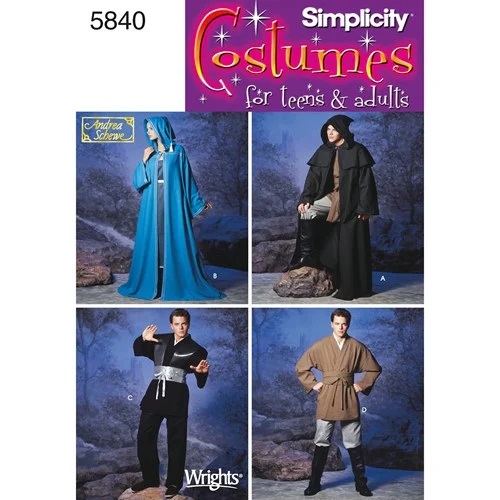 This is the route I’ve taken, and while it’s a pretty cool feeling to turn a pile of stuff fabric into a wearable article of clothing, it’s also difficult and a bit of a slippery slope. One day you’re making simple Jedi robes as a simple last-day-of-con costume, the next you’re committing months of your time to embroidering Padme’s senatorial gown. That said, Jedi robes are probably one of the easiest possible projects to learn on and the fabric they use is designed to look cheap, so if you have access to a sewing machine or any interest in picking up an inexpensive one definitely consider this route. Simplicity 5840 is a really great intro to Jedi tunics albeit a little cheesy. But hey, it’s Halloween, you’re not entering any contests, right?

Another DIY route you could take is the faux armor of a Mandalorian look. Sheets of craft foam can be cut to size, shaped with a a heat-gun or hair dryer, painted, and either glued or magnetized to black shirt and pants. Foam armor is an entire skill set that takes a little time and practice, but there are also lots of very helpful tutorials and already-made patterns online.

Lean Into Being Cheesy

I get it, costumes are hard. And with nobody to impress outside of your Instagram followers or roomates it can be had to feel motivated to spend any real time or money on anything. So let’s phone it in. 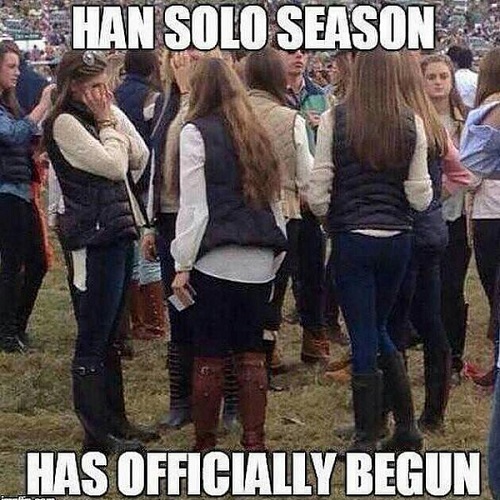 This meme doesn’t get passed around a lot because it’s an uncommon autumn outfit. Be honest, do you know somebody or are you somebody who owns this? I know I am. If so, congratulations, you’re the most comfortable Han Solo on the block. Get a Nerf blaster to complete the look (and because shooting Nerf darts at stuff is objectively fun) and you’re in business. 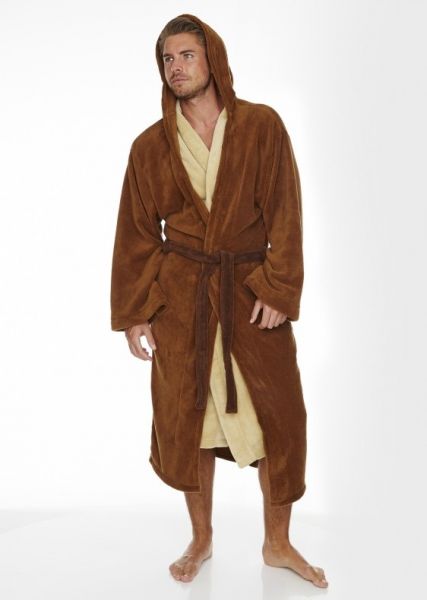 Bathrobe Jedi. Do you own a bathrobe? Are you willing to wear that bathrobe and call it a costume? Bonus points if it’s one of the official robes with the Jedi Order symbol on it or one of the robes that make you look like a very lazy X-Wing pilot, but there’s also no reason to get fancy just to watch Coraline and eat peanut butter cups all night. 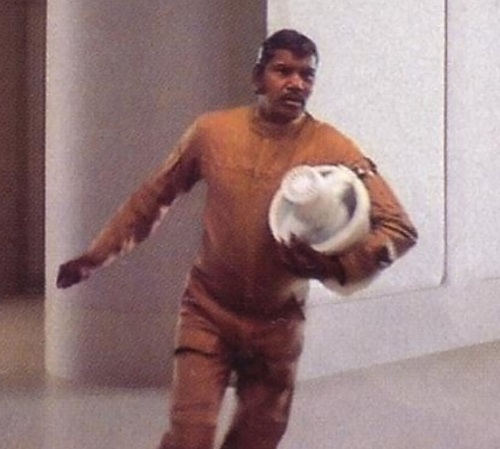 Do you happen to have that ice cream maker? Well then have I got some good news for you! You may think that I’m going to tell you to find an orange jump suit, but honestly, just an orange shirt would work. This will be a very funny costume for about three pictures and then the ice cream maker will get put down somewhere and forgotten for the rest of the night and that’s a-okay. 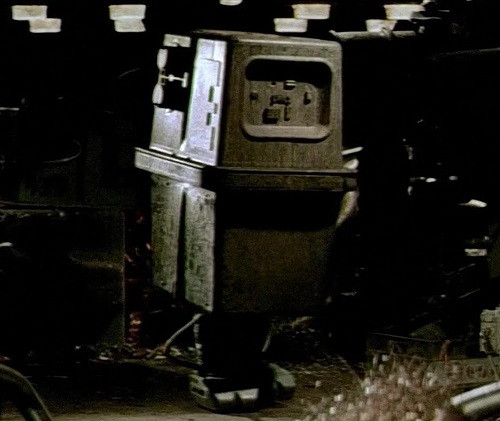 Gonk it up! Find large box, paint the box black, cut out an eye hole, profit. You could add those buttons and embellishments with smaller pieces of cardboard and some glue, but most of this costume’s recognizability is going to come from you saying, “Get it? I’m the gonk droid!”

Have any of these inspired you to start thinking about your Halloween plans? Are you more of a DIYer, a buyer, or a phone-it-iner? If you’re dressing up this year, what will you be? Let us know in the comments!