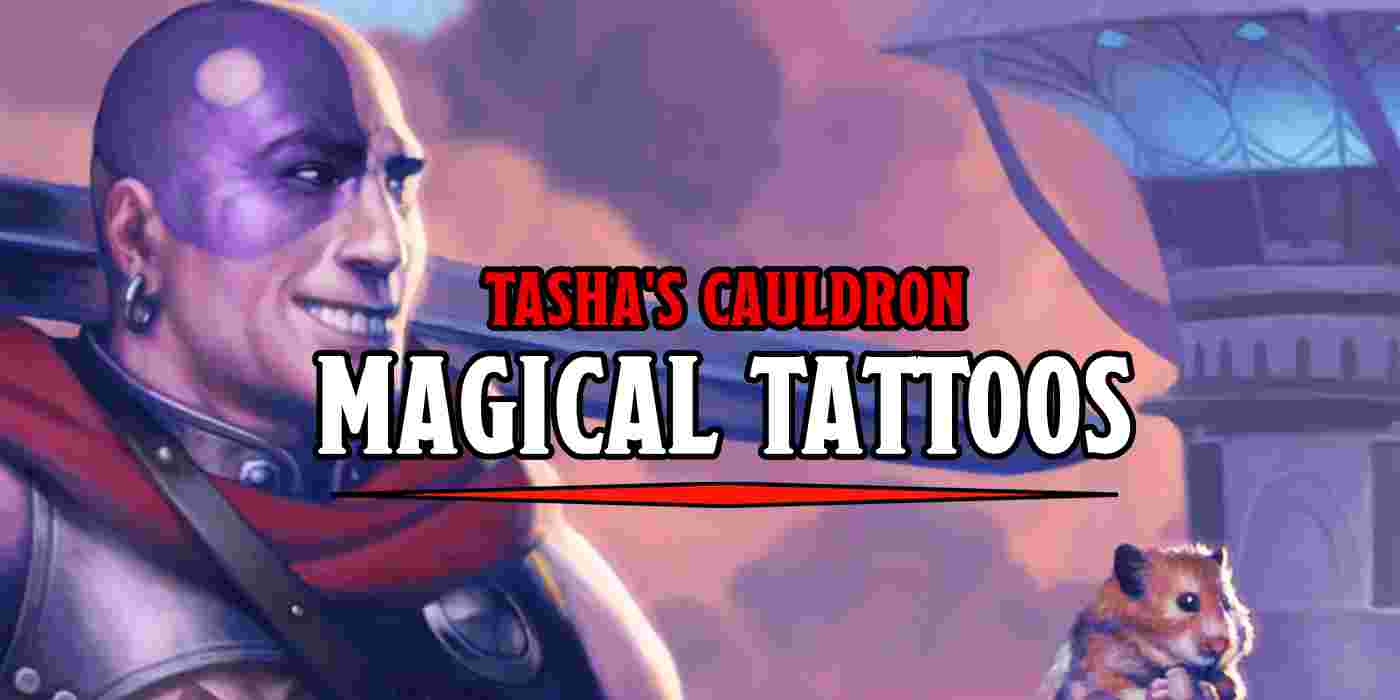 One of the new magic item categories introduced in Tasha’s Cauldron of Everything is magical tattoos. Break out the aquaphor it’s time to get inked.

Magic items in D&D are cool, no doubt, but there’s only so many places you can hold them. What’s a character to do? Dressing up your character is cool, but if your character has a tattoo, what’s the point if there’s not any magic power? Well fret no more, now you can get your magic item power in your character’s signature tattoo–and because this is a fantasy the process is painless, easily reversible, and only sometimes requires attunement. Let’s take a look at five of the best magic tattoos in the book.

The Eldritch Claw tattoo is a cool claw-like motif full of “jagged shapes” that will empower your unarmed strikes. Here at last is the +1 to attack and damage that monks and unarmed fighters have long sought for. Plus, as a bonus action, you can empower the tattoo for a full minute, granting your melee weapon attacks and unarmed strikes a 15 foot reach and a bonus 1d6 force damage on a hit. 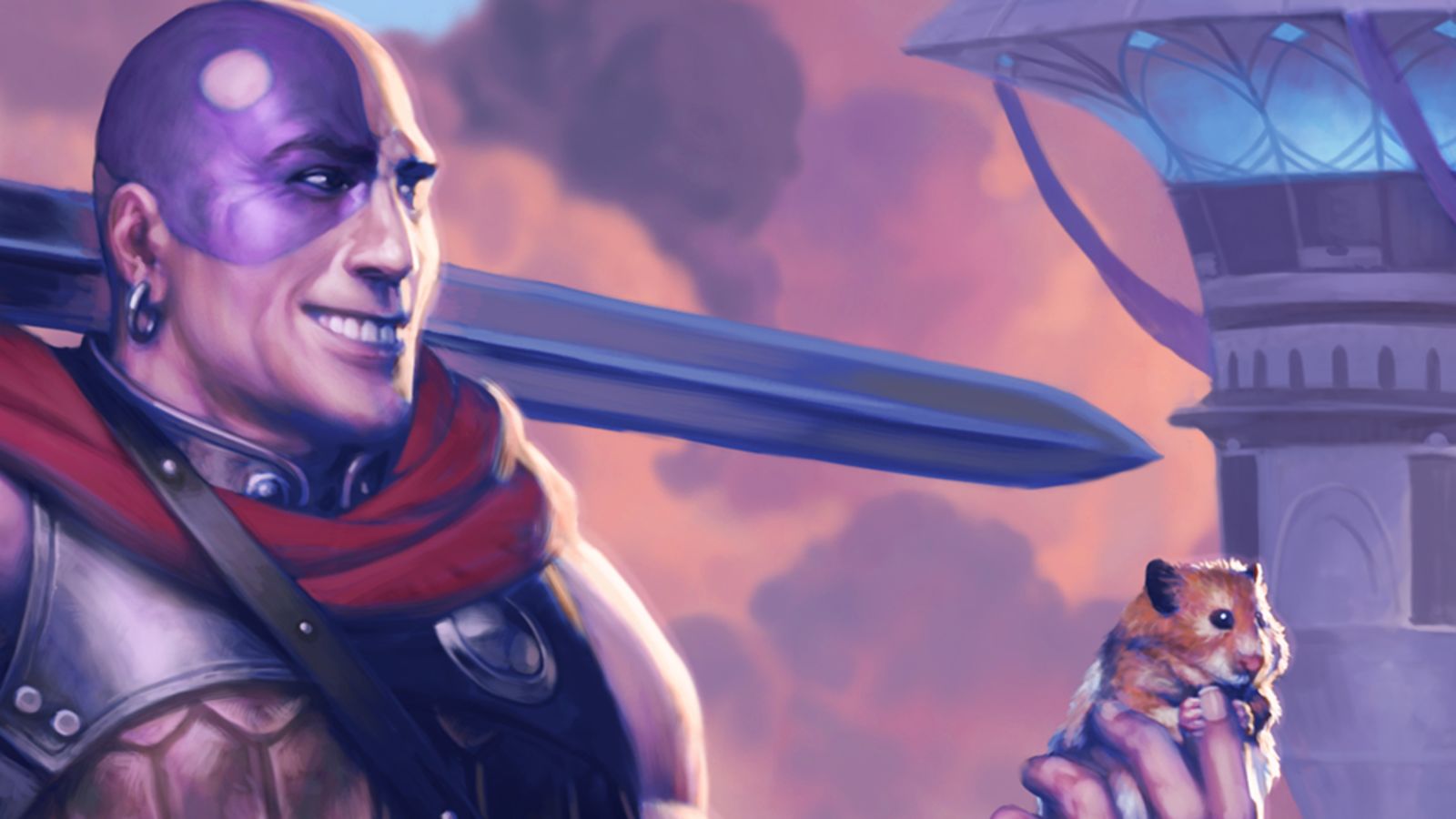 This tattoo, which is “dark in color and abstract” so, lots of cool lines and shapes, allows you to gain darkvision out to 60 feet, grants you advantage on stealth checks, and lets you use your reaction to become insubstantial for a moment, halving one instance of incoming damage.

The Lifewell tattoo which features symbols of life and rebirth and you’ve probably seen on people who want you to try their home-brewed kombucha, grants you resistance to necrotic damage and lets you once per day drop to 1 hit point when you would otherwise drop to 0 hit points. 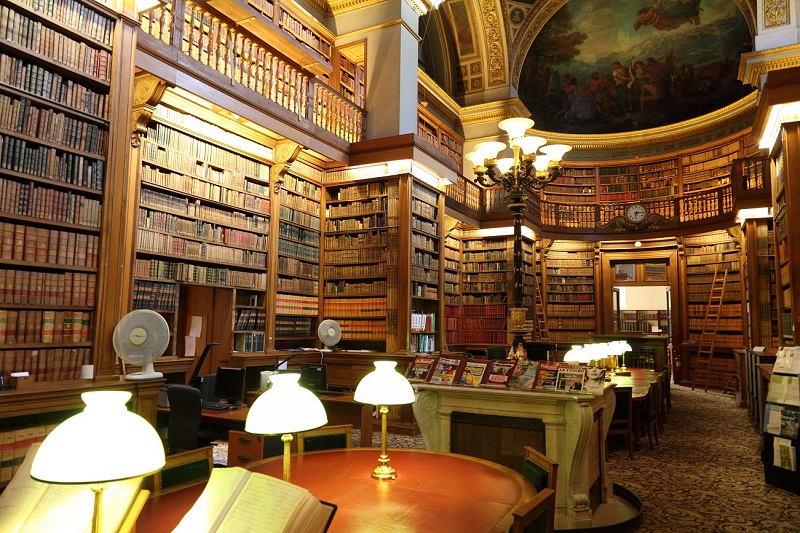 Are you an English major? If so you probably have this tattoo in real life already–featuring calligraphy, images of writing implements or books and the like. However, the magical version of this tattoo lets you write with your fingertip as though it were a pen that never runs out of ink.

You can also, once per day, touch a piece of writing up to a page in length and designate a creature whose name you know. The writing then becomes invisible to everyone other than you and the named creature for the next 24 hours–this is the perfect plot device. Give it to a villain and fool your PCs into thinking they’ve uncovered something, only for it to vanish (and reappear later when no one is looking).

This legendary tattoo will take up a big chunk of your body to depict fury in its various forms and colors–but the design is vague enough that you could make it look like anything from a snarling, wrathful dragon, to an ornate scroll with the words “DIE MAD” atop it. Either way, this tattoo has ten charges, and you can expend one to deal 4d6 extra necrotic damage to a target, while regaining hit points equal to the damage dealt.

Or, more powerfully, you can spend one of the charges when damaged by a creature to use your reaction to make a melee attack against the creature that hurt you, with advantage on the attack roll.