The “PitchCar” Community Will Flick Its Way Into Your Heart 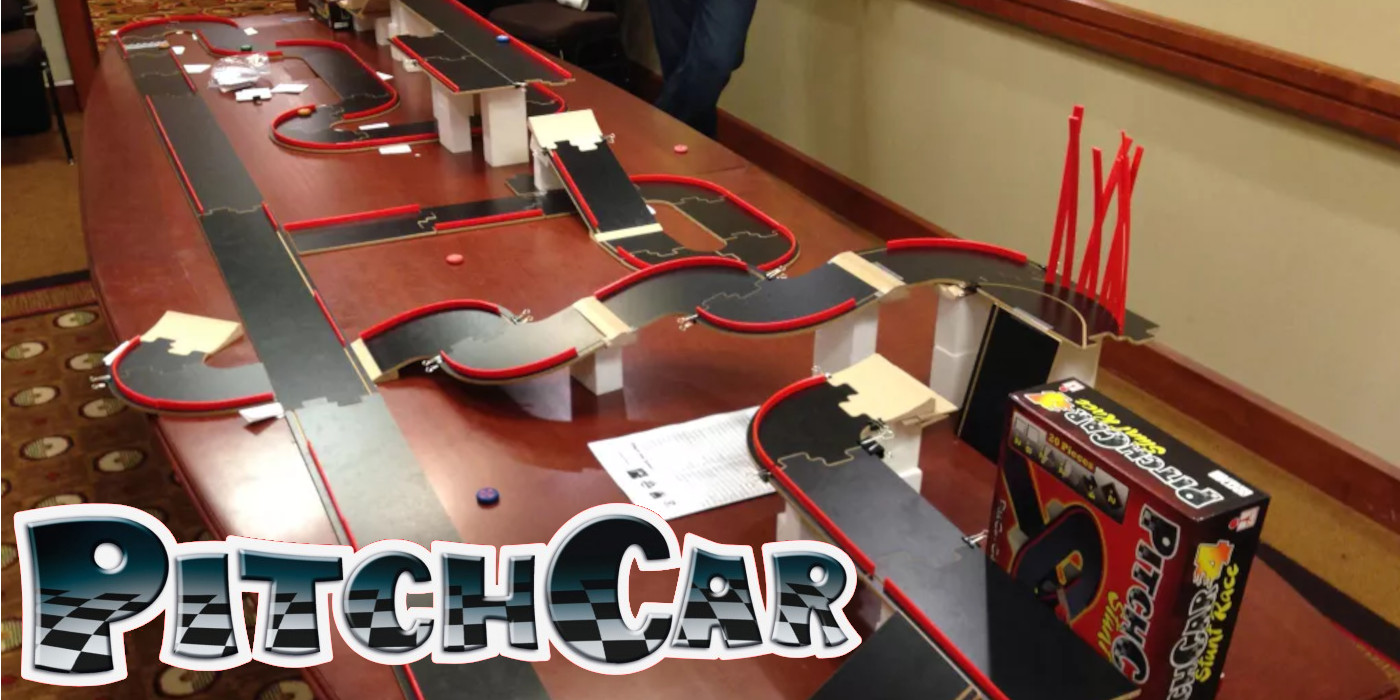 A simple game with a simple premise has built a huge community with some incredibly impressive track builds!

What is so universally satisfying about flicking something? It’s something everyone agrees on. A crumpled up piece of paper, a can tab, a chunky bread crumb, it doesn’t matter. Lining up the shot, the excitement of anticipation before the flick and that oh-so-satisfying moment of impact and the gleeful joy of seeing your shot fly through the air. Flicking stuff is just great. That must have been the thought process behind the creators of PitchCar or Carabande. Same game, different name so for this, we’re going to pretend they are the same thing.

PitchCar was originally released in 1995 and features very simple rules and mechanics. Simply put, it’s a competitive racing game where players take turns to flick their cars to the finish line. The main draw of PitchCar (beyond the flicking) is building the track. The game comes with a bunch of track pieces that all fit together like a puzzle, so players can build entirely new tracks for each game. 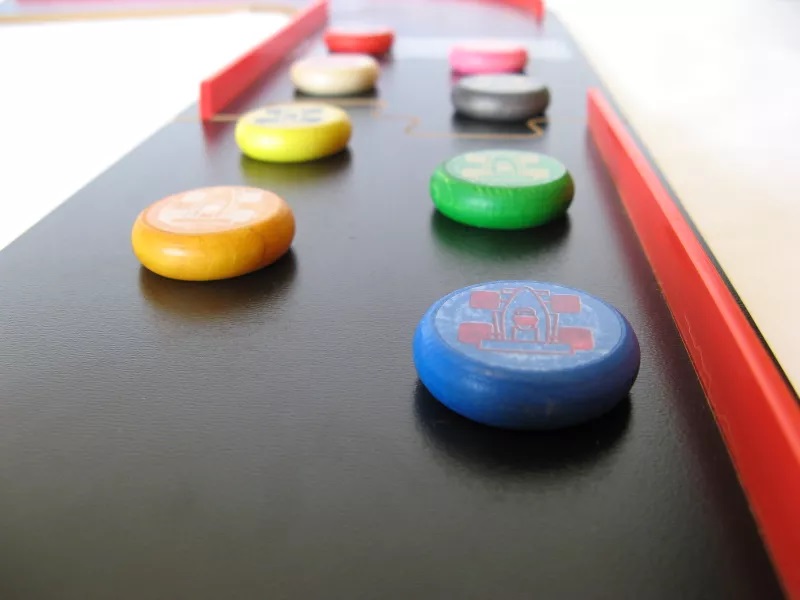 The game also comes with railings that slot into the track pieces to help with banked shots and sharp turns. But that’s just the base game. PitchCar is still very much going strong and still putting out expansions., the 3 most recent all coming out in 2019. 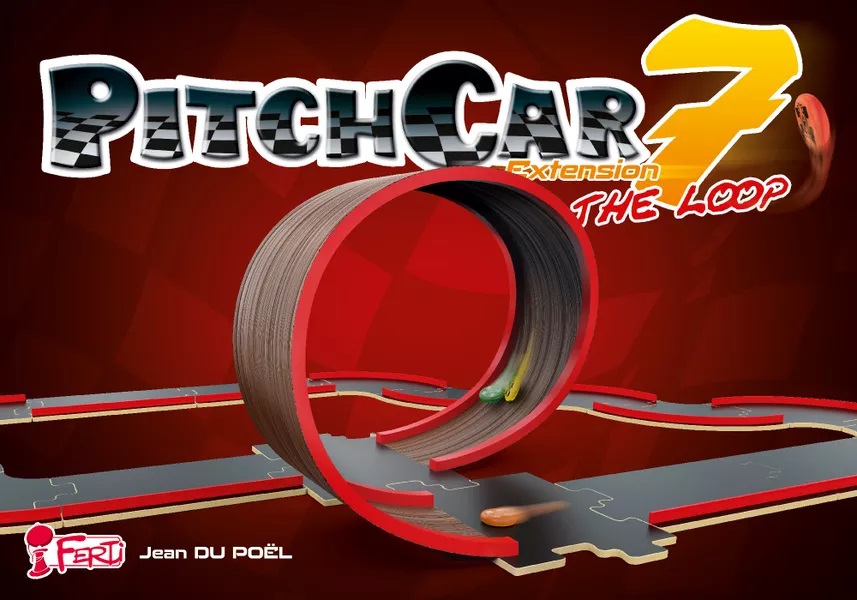 Of COURSE, they have a loop-de-loop. What racetrack is complete without one?! But that’s not all. 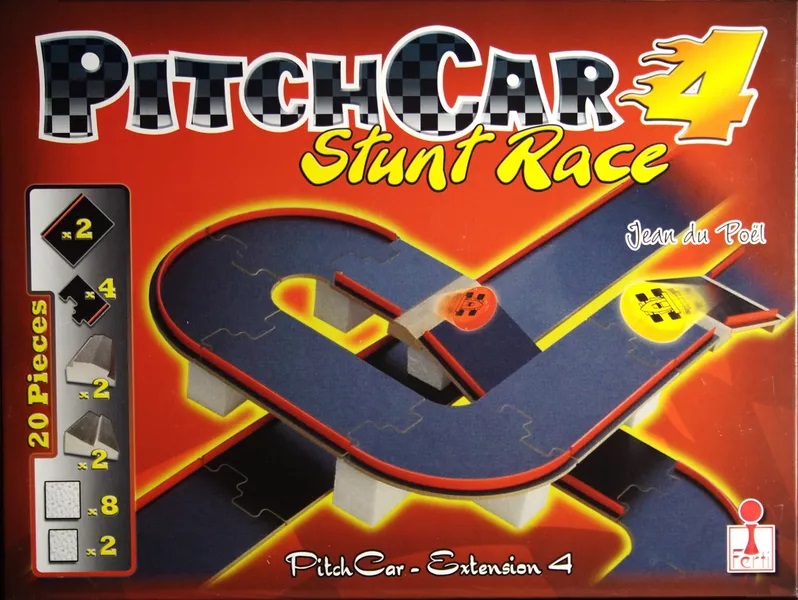 Multi-level tracks! There are so many possibilities here and people far more creative than me have taken these tracks and build some truly impressive courses. With this many expansions or just buying the base set a couple of times, you can make some hugely massive tracks. Clicking on any of these images will bring you to the BGG image page for them. 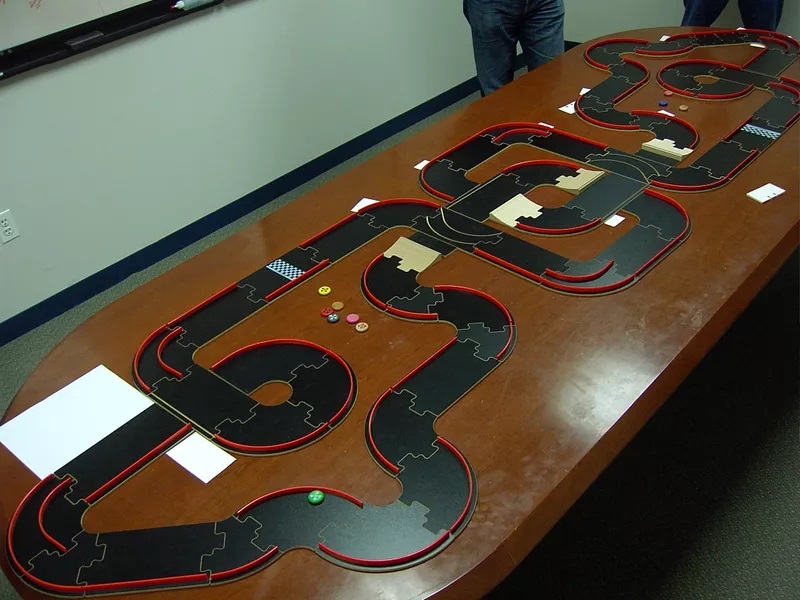 Or maybe you want something with a little more twists and turns to it. Well, no problem. 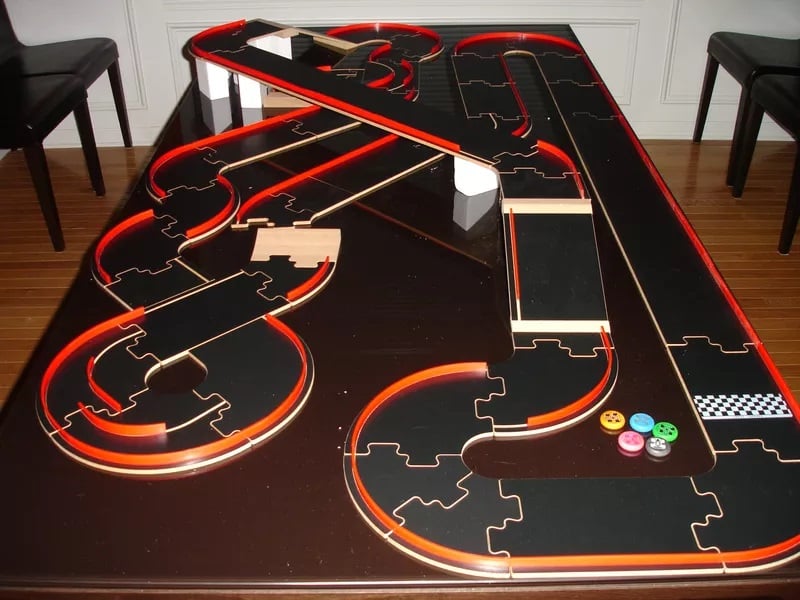 Or maybe you’re the sort of person who wants to build their own custom track pieces. You’re in good company. 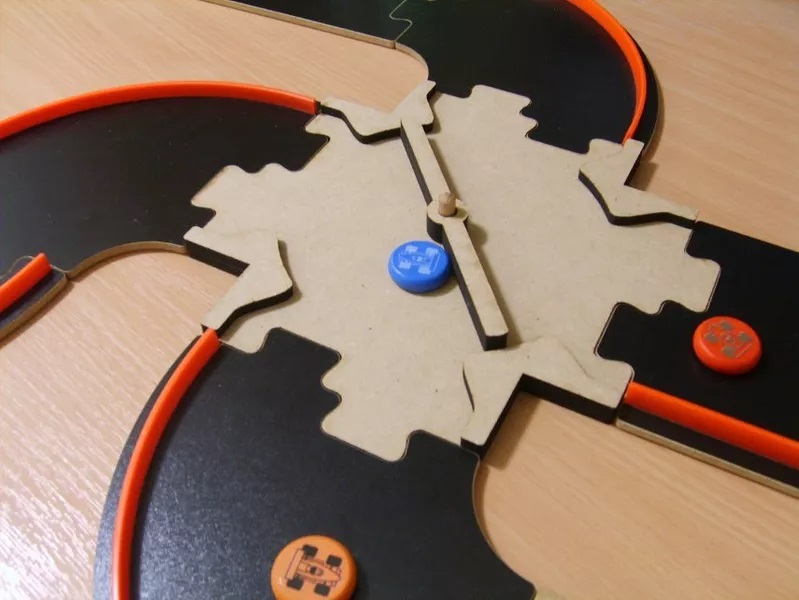 Or maybe you see the obvious parallels to the popular Mario Kart franchise and want to solidify those connections even further with custom cars, dice and rules. Well, TOO BAD, you’re not allowed to do that! 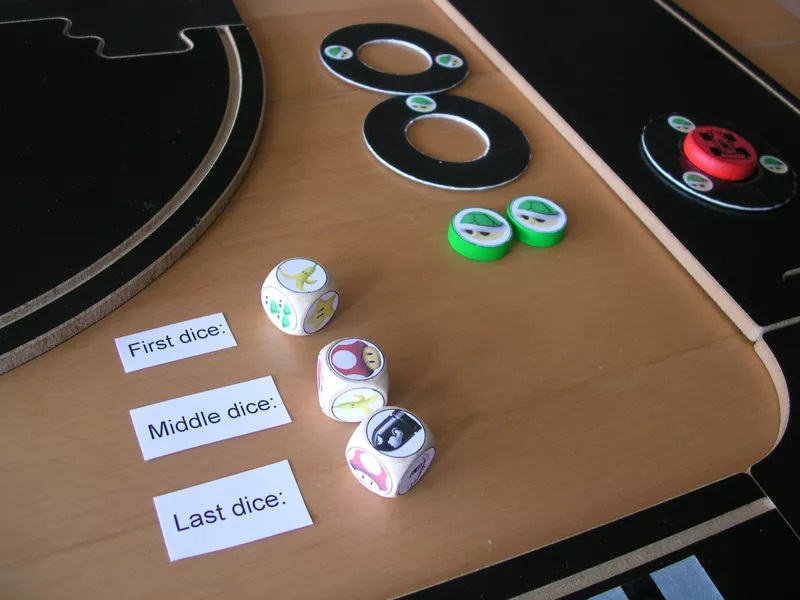 As an outsider looking in, it is so obvious this is a game with a huge and great community of fans who are really passionate about this game. And seeing something like that is just about my favorite thing in the world, second to a really well-cooked marshmallow, but that isn’t really comparable. It makes me genuinely so happy to see custom builds and rules put into a game.

There obviously isn’t a whole lot of gameplay to cover with a game like this, but that’s not the point here. Sometimes it’s just nice to get a glimpse into the passion projects of a community and enjoy that for what it is.

Thanks for reading!
What’s your game that you’ve customized from sheer love of the game? For me, it’s Mage Knight.