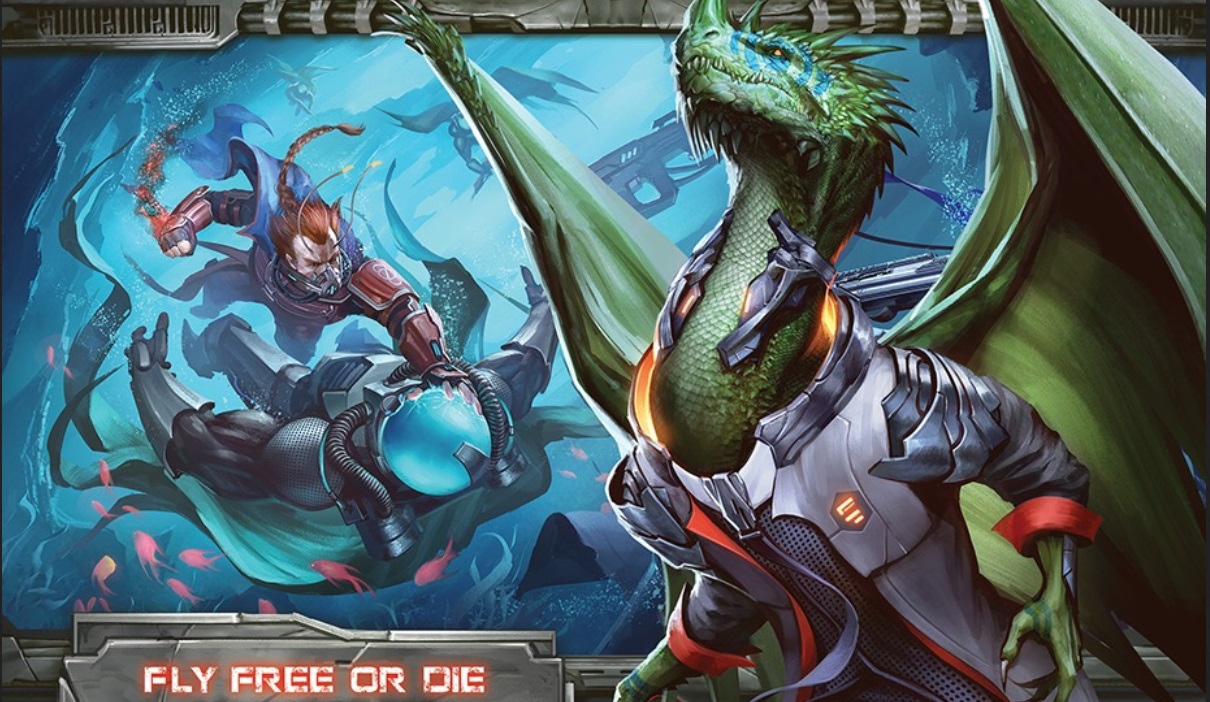 Starfinder’s newest adventure path about a bunch of rogues with hearts of gold who aim to misbehave is worth it for a dragon in a space suit.

Look there’s a lot I could tell you about the latest installment of Fly Free or Die, the adventure path that brings out the best parts of something like Firefly or the smuggler parts of SWTOR, themselves loosely based on Han Solo, one of the original space rogues. I could be a complete nerd and talk up the Irresponsible Captain Tylor as well. But anyway, none of it matters. This one has a dragon in a space suit. But not the way you think. Like it’s a business suit. In space.

Yeah I know. I feel the same way too. 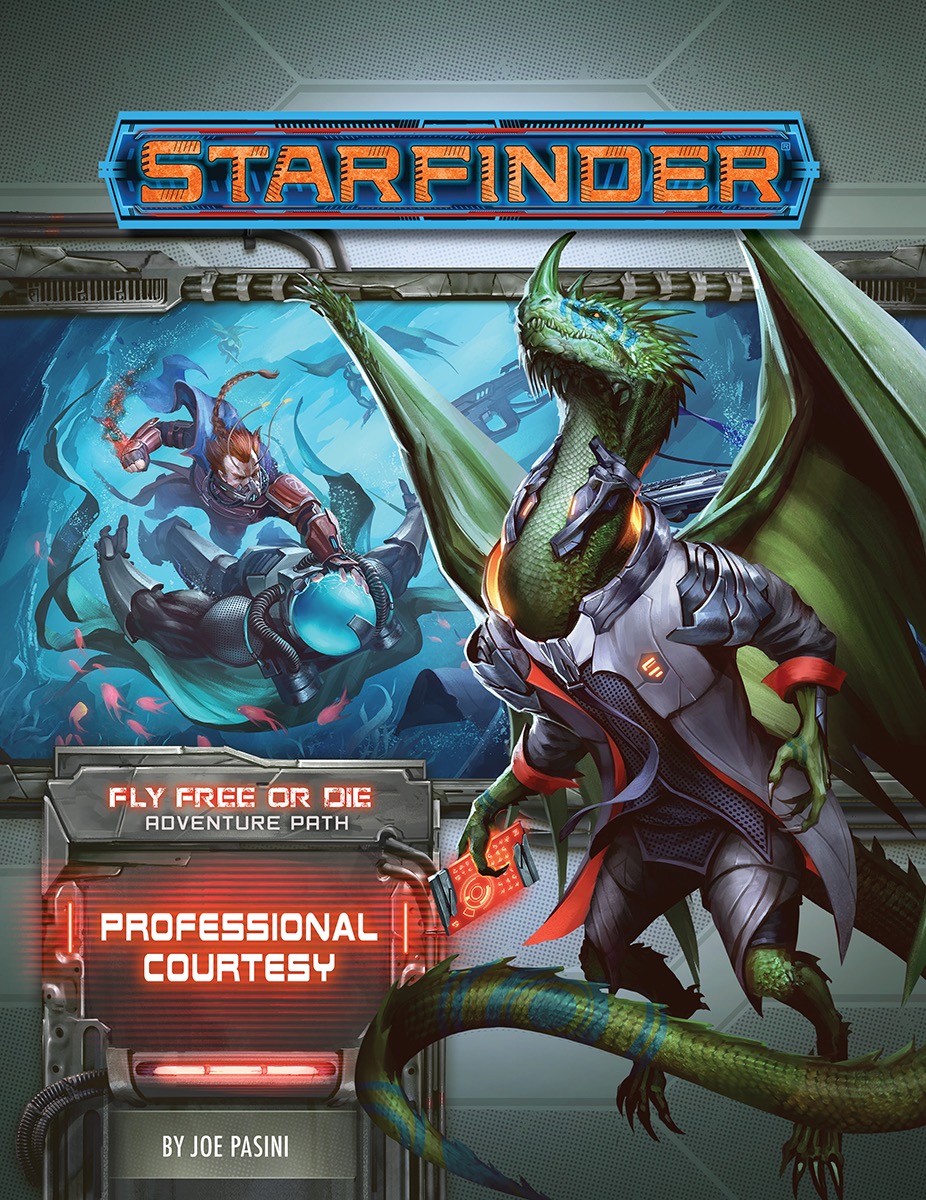 A favor for their best friend and ally brings the player characters to the ocean planet of Entha, which the Company is terraforming into a paradise for rich dilettantes. The churning water world is home to many mysteries, including a fantastic underwater realm of powerful magic. Now the crew must save an underwater rig from destruction, rescue the workers there, and somehow win the friendship of a strange alien species. But the Company manager on Entha is a dragon, she’s got a team of aquatic alien troubleshooters, and the PCs are the trouble that needs to be shot.

“Professional Courtesy” is a Starfinder adventure for four 5th-level characters. This adventure continues the Fly Free or Die Adventure Path, a six-part monthly campaign in which players take on the role of a merchant crew with an experimental starship, trying to get rich, escape interplanetary assassins, and outwit their rivals. This volume also details the aquatic world of Entha and its many dangerous and intelligent inhabitants, a well-armed Company warship, gear and character options for underwater adventures, and a series of “Side Jobs”—short mini-adventures the GM can insert into the campaign at any time.