D&D: An Adventurer’s Guide To Graz’z’t

Grazz’t is one of the Demon Princes of the Abyss. Noted for schemes that span entire planes of existence, Graz’zt is not to be taken lightly.

The Demon Princes of the Abyss are a fun bunch. Ruling over concepts as broad ranging as undeath and madness, they command power to rival the archdukes of hell and, depending, the gods themselves. They are literal forces of destruction, some of whom are older even than the Prime Material Plane. And as you’ll see, each of them is more dangerous than the last. Today we’re taking a look at Graz’zt, sometimes called the Dark Prince. 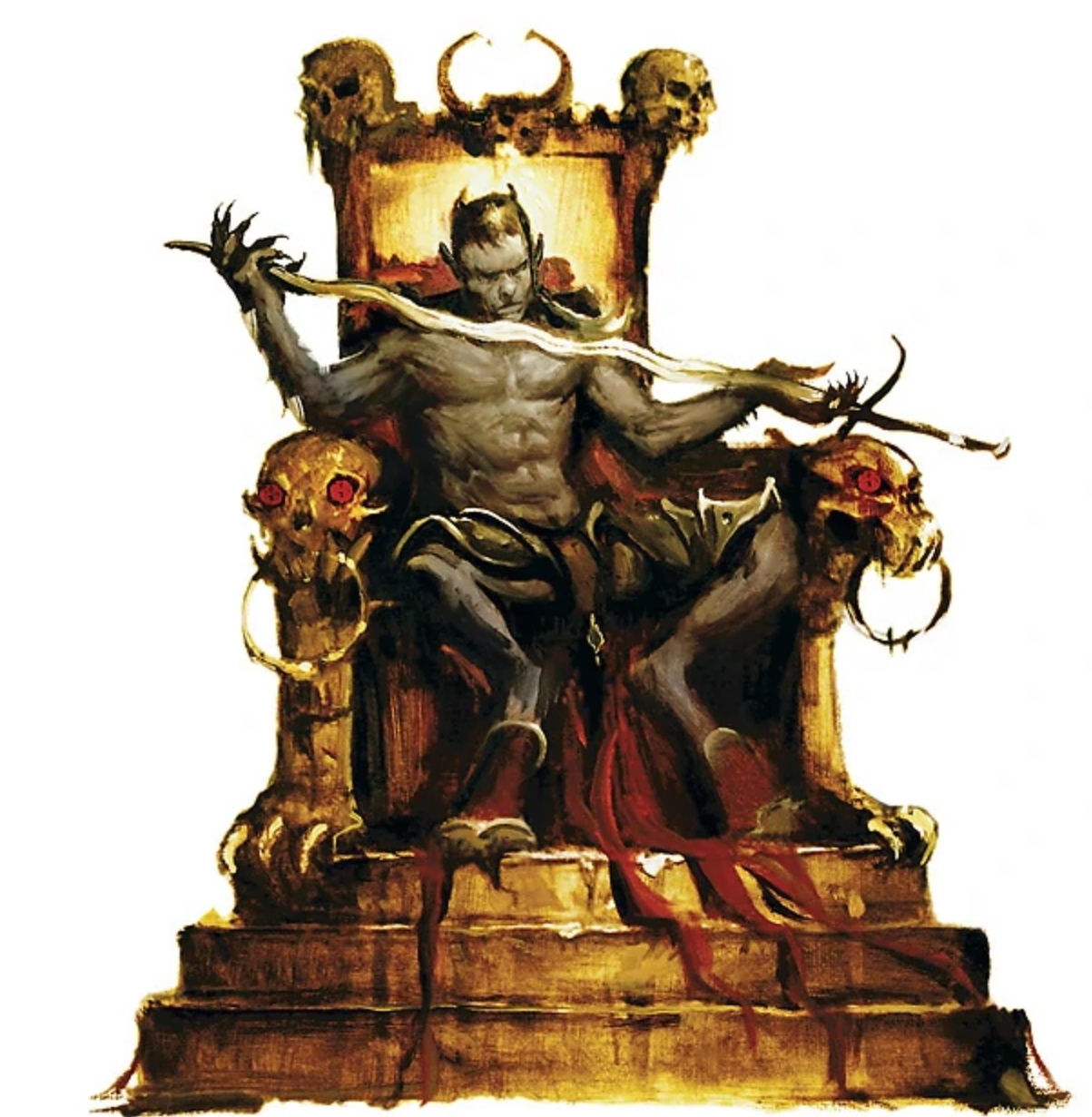 Graz’zt is one of the smaller demon princes, coming in at nine feet tall with skin like polished obsidian. But don’t let the size fool you, this six fingered demon is considered the comeliest demon in the abyss–a liar, a schemer, and a seducer, Graz’zt is unusual for a demon. But perhaps this is because Graz’zt was not originally a demon.

Many believe Graz’zt to be a former archdevil in the service of Asmodeus. Depending on which story you believe, Graz’zt either led an invasion into the Abyss but became corrupted by the chaos inherent to the plane, or he left the nine hells after realizing that there’s room for only one supreme devil: Asmodeus, but that the Abyss would give him a chance to get out from under Asmodeus’ shadow. 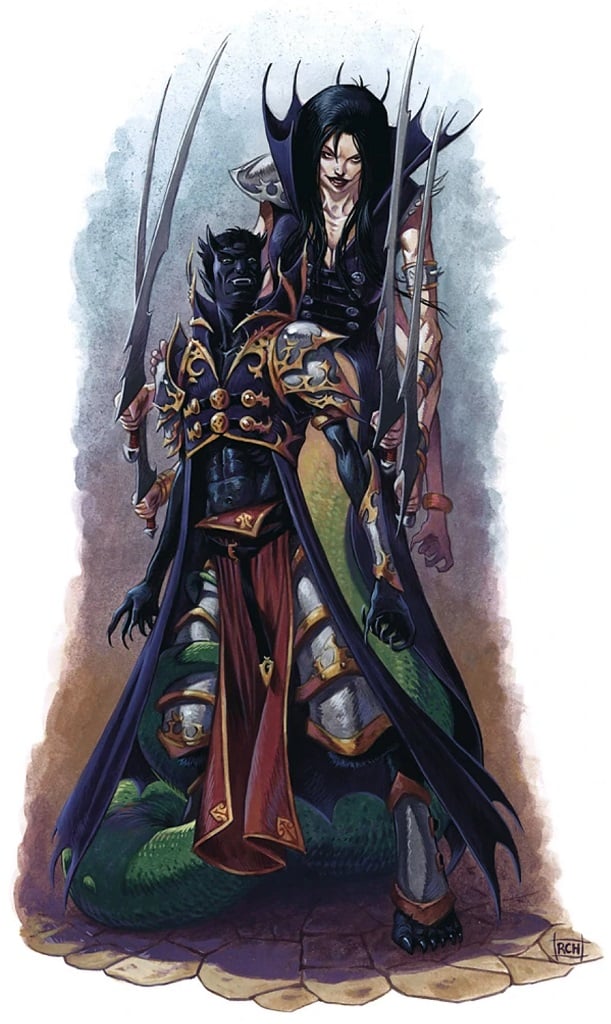 Others claim that Graz’zt is in fact the child of something more elder than an elder god, known only as Pale night. Of course. Who knows when it comes to Graz’zt? From his fortress in the Abyss, Graz’zt rules over many, with a growing following of worshipers. Monstrous races, like Lamias often revere the demon prince, carrying out rituals of darkness and betrayal.

Graz’zt was, famously, trapped on the Material Plane once, when he was summoned to Oerth by the witch-queen Iggwilv, better known as Tasha. The two had a fiery love affair and it’s said that Tasha is one of the few to ever tame the demon prince’s wandering heart. Out of their union, the demigod Iuz was born. 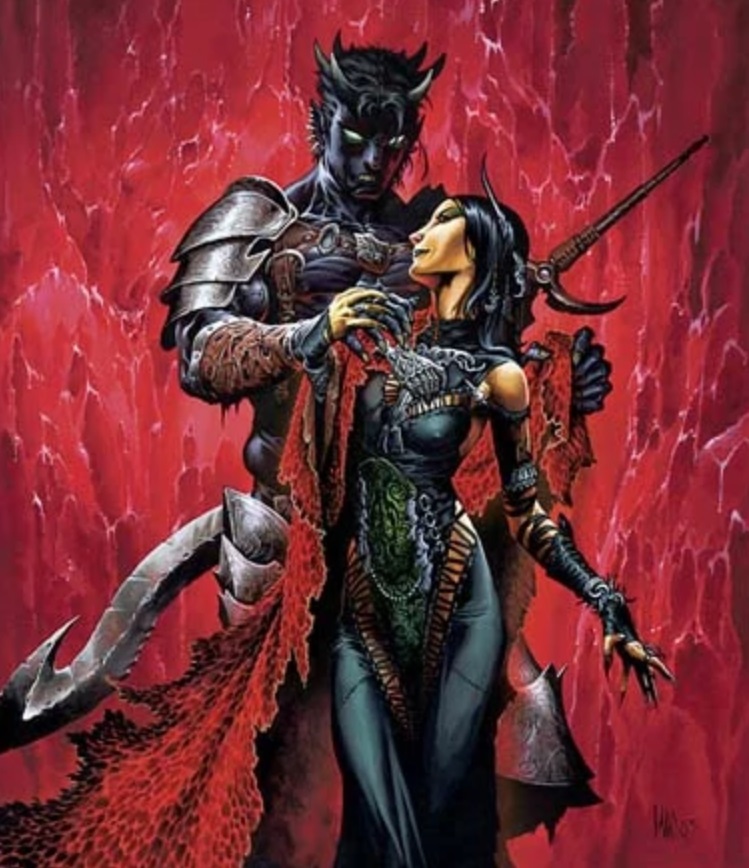 You might recall hearing about Graz’zt’s myriad schemes, not the least of which involved bargaining with Waukeen, the goddess of coins and merchants–when the Time of Troubles came, Graz’zt bargained with the no-longer-divine goddess, initially seeming to offer safe passage for vast wealth, however, once Waukeen arrived in the abyss, Graz’zt imprisoned the goddess in his Argent Palace, where he drained her divine power until she eventually escaped.

But Graz’zt counts more than just gods among his enemies. The demon princes Orcus and Demogorgon have famously halted their neverending battle to try and kill Graz’zt–the war between these three demons is conflict enough to rival the Blood War. And though Graz’zt may never claim it, he desires the title of Prince of Demons, and will stop at nothing to claim the title for his own. 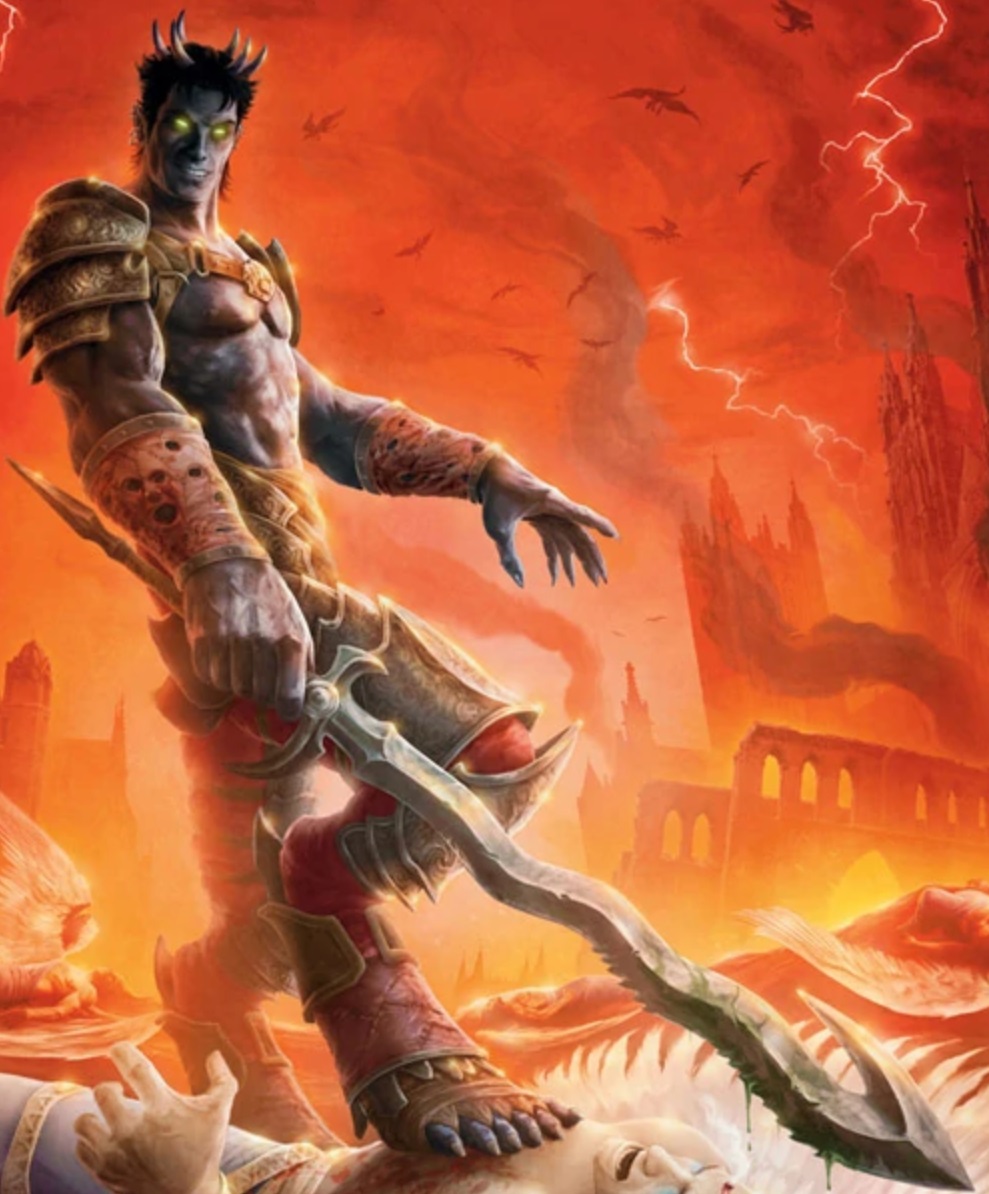 If you ever find yourself in a bargain with Graz’zt, the best thing to do is turn it down. Mortals foolish enough to bargain with the demon prince condemn their souls to an eternity of torment in Zelatar, Graz’zt’s realm, after their death. So beware Graz’zt, the obsidian demon with a beguiling smile.