Epic Star Wars Dogfights Come to Life in These Dioramas 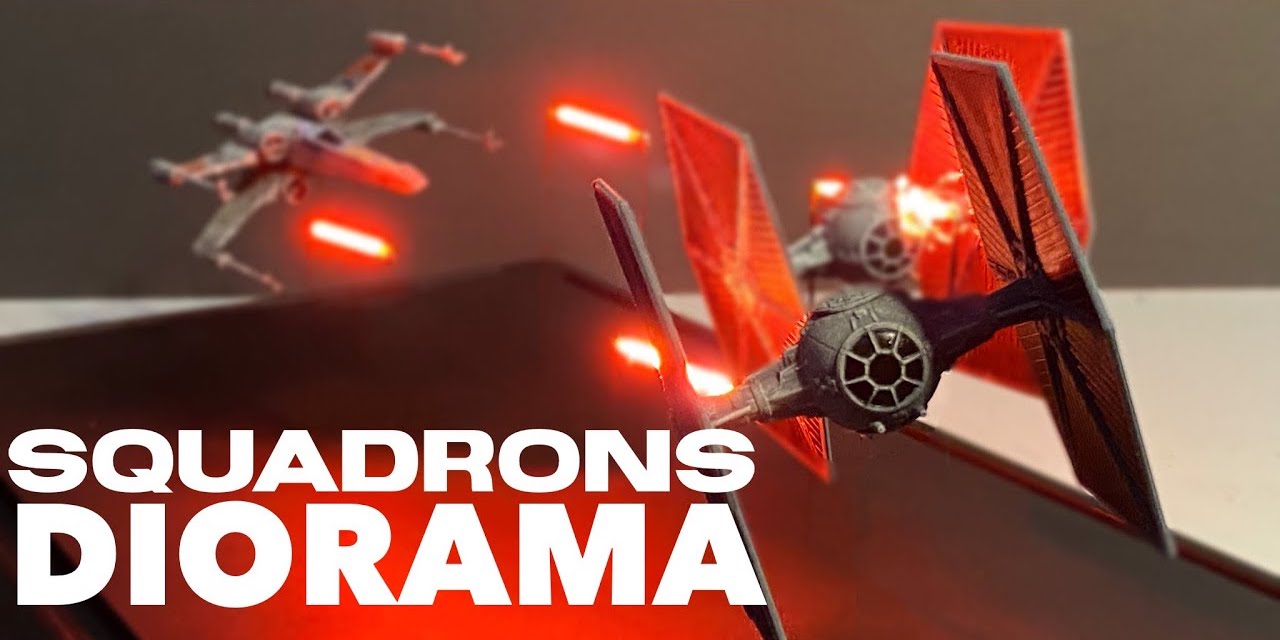 This diorama featuring an x-wing in pursuit of a couple of TIE fighters was inspired by the announcement of the upcoming Rogue Squadron show. The models used are Bandai’s 1:144 X-Wing and Tie Fighter. The LED effects really brings this to life – they are 12v LED Filaments and the way they’ve been mounted to make them look like they’re traveling in space is great. You can find a list of all the materials used here.

“Chip Off The Old Block”

This piece is inspired by one of the many amazing clashes in Attack of the Clones – Jango Fett in Slave 1 (with its hidden rapid fire blasters) and Obi-Wan in an A-Wing. Both 1:144 scale models are from Bandai; other materials include Nano LEDs, a picture frame, and some electrical work. You can check out the entire list – including paint – here. 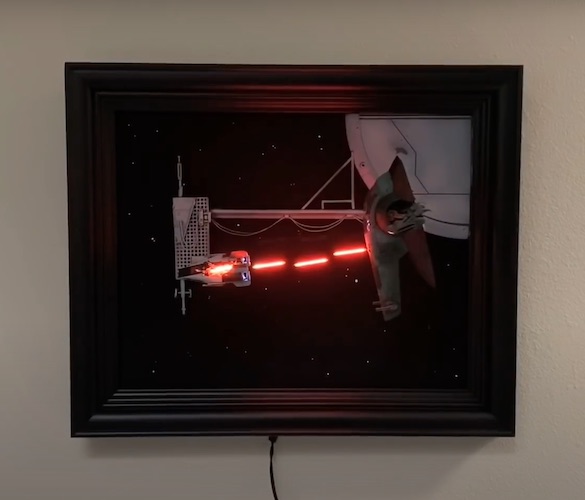