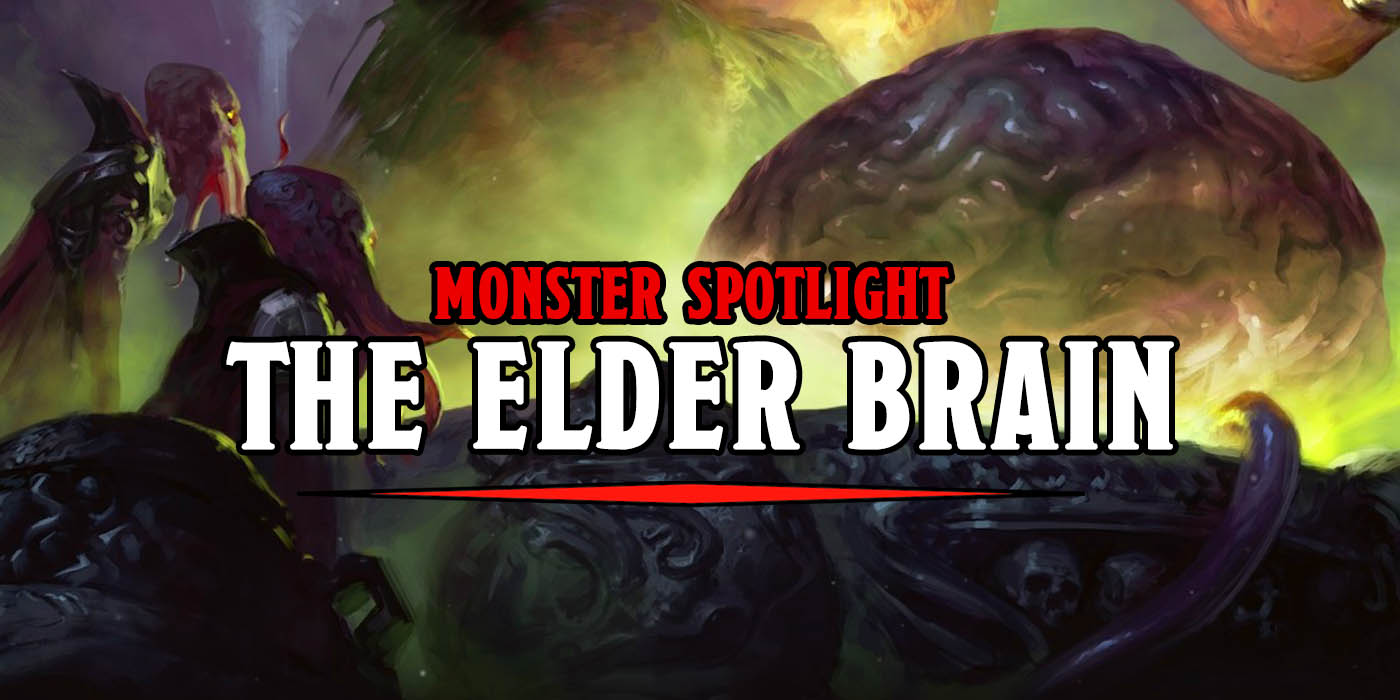 At the center of any illithid city you’ll find the Elder Brain, a psychic community mind floating in a briny tub that will really get stuck in your mind.

Elder Brains are ten foot diameter pulsating brains that float in thirty foot briny basins and act as the center of a illithid community, acting as the group advisor as well as living repository of all of their technological, historical, and psionic knowledge. They sense the world around them using innate telepathy with a radius of up to five miles, and in this same space can communicate with any creature or skry through the eyes of any willing or psionically dominated creatures. If they feel they need more brains on the ground, the Elder Brain can spend an hour each forming up to three brain golems which can function as extensions of the Elder Brain itself. Many of the Elder Brains normal abilities, however, are pretty standard psychic or psionic attacks such as teleport, dominate, and psychic drain. 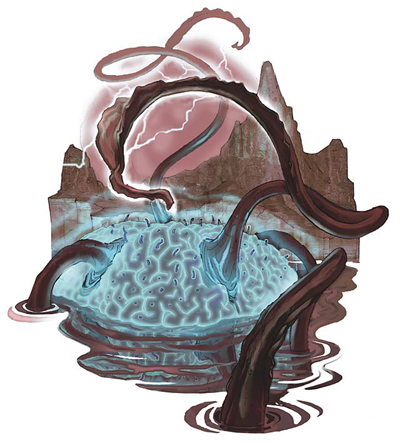 The Elder Brain’s psychic abilities were limited slightly between editions, giving them only a 350 foot radius to speak with creatures within, but it specifies that they can communicate with any creature who has a language regardless of what it is. They also now have tentacle like tendrils that can be used for grabbing and melee attacks long with their psychic abilities and magic like psychic attacks. Often an Elder Brain with make melee and psychic attacks at the same time, usually beginning its turn with a multi-victim mind blast. They also now have regeneration, because who doesn’t love fighting a monster that can say “No thanks,” to whatever damage you dealt it in your last turn. 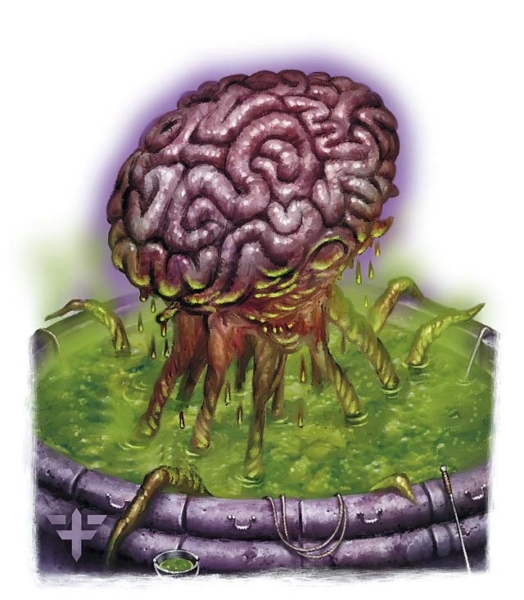 Fourth edition Elder Brains are a little more simple than previous versions. One will exercise an absolute authority over the creatures it commands and is always heavily guarded. Yet they’re also easy enough to goad into battle and once defeated will try to trade knowledge or information for its own life. Making it a little more like a cartoonish high school bully than the scariest boss monster at the bottom of the mind flayer dungeon.

Luckily the 5E Elder Brain brings back a lot of the flavor text that makes these creatures interesting and then some. Complete with lair actions and regional effects, it feels much more like a boss battle than in fourth edition. Elder Brains are also all a little different from each other now, each presiding over their illithid colony a little differently based on their individual personalities and desires. Some can be kinder than others and act more like sages or counselors, but they all have the same terrifying potential if pressed. Sometimes an Elder Brain will even mentally compel a nearby creature to let it feed on them if it’s guards or handlers have taken too long between meals.

Have you encountered an Elder Brain while playing D&D? How did your party counter their psychic attacks? What regional effects did your characters notice the most? Let us know in the comments!