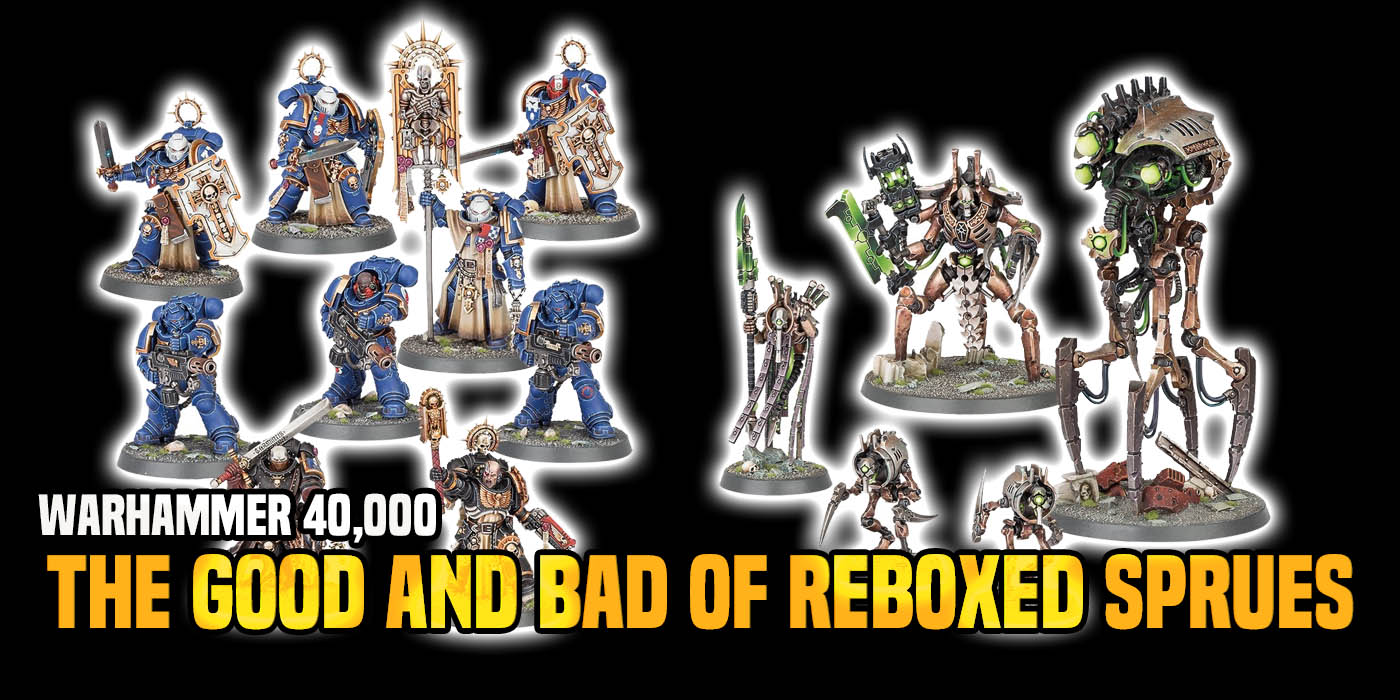 So the Honoured of the Chapter and Royal Court are getting a reboxing and I’m not sure if more reboxed sprue sets is good or bad.

On Sunday Games Workshop announced that this weekend’s pre-orders include two sets that were formerly only available in the Indomitus Boxed Set. Those two sets are the Honoured of the Chapter for Space Marines and the Royal Guard for Necrons. 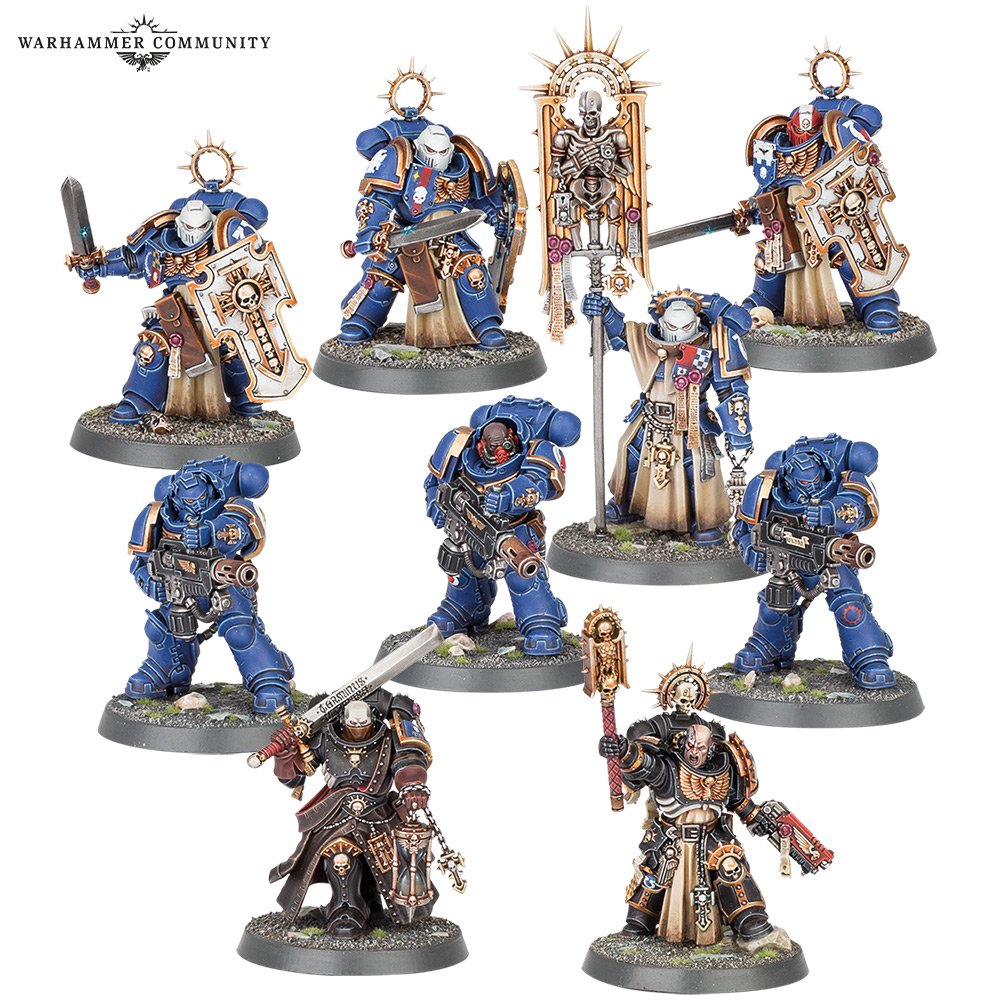 Honoured of the Chapter 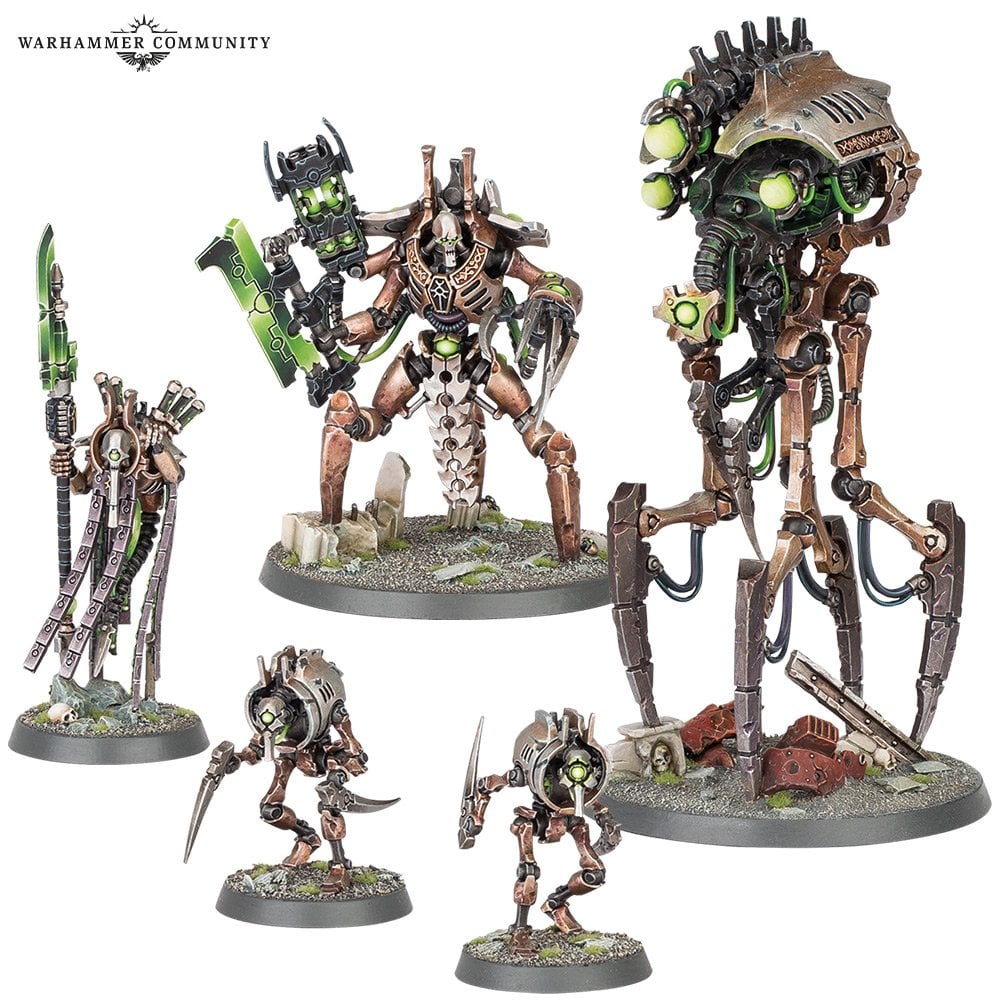 This is great news for anyone who missed out on these models from the initial release. And personally, I’m also glad these kits are getting a release as well because it gives folks a chance at getting these models. At the same time, I’m a little disappointed that a couple of these models didn’t get stand alone releases. 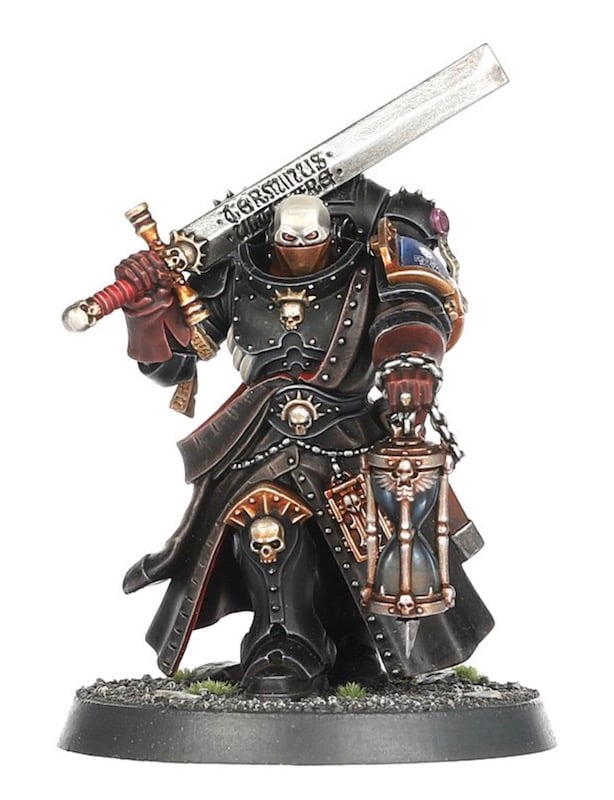 Again, if you got your hands on the Indomitus Box, then you’re good and these releases don’t really impact you at all. That applies doubly so for Space Marines who also got releases for both the Bladeguard Veterans and the Eradicators boxed sets recently. In fact, for the Space Marines, it’s really just the Judiciar and the Bladeguard Ancient who don’t have a solo option. The Chaplain at least has other versions.

It’s way worse on the Necron side. None of those models have gotten solo releases at all. We had originally thought that maybe the Canoptek Reanimator would be a dual kit with the Canoptek Doomstalker but it’s not. And if you want multiple Skorpekh Lords in a list, well, at least you can get this kit now.

So again, it’s nice these models are at least available but it’s not the ideal re-release for them – at least for the players who might just need one specific model. So why is this happening…or rather, why does this keep happening? It’s all in how you slice it up.

If you remember from our Unboxing, these particular models were all on the same set of sprues. We’ve seen this before. Remember Shadowspear? Yep – that set got carved up into two different boxed sets later as well: 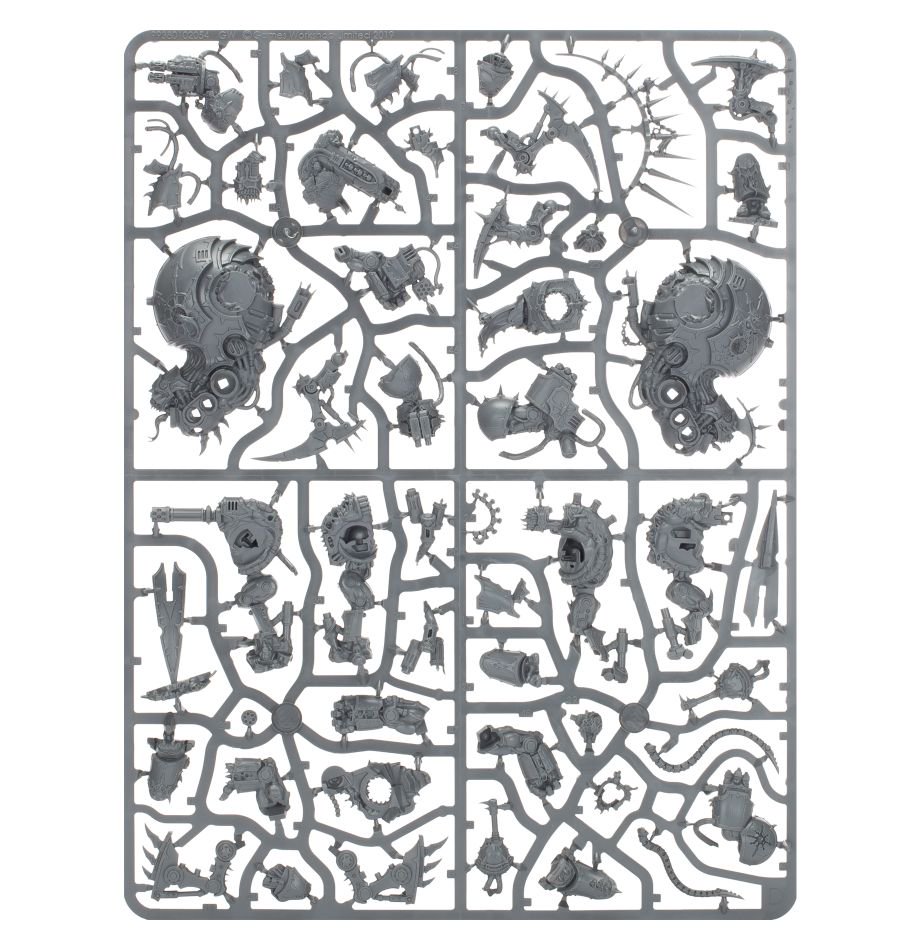 Still the only place to get the Obliterator or Venom Crawler.

And therein lies the issue. Look at the sprue above as the example – those single pose models are on the same sprues. It’s the same for the Vanguard half of the Shadowspear box and it’s the same for the Honoured of the Chapter and the Royal Court. Those models are produced as a single sprue and therefore it’s basically impossible to re-box those particular models as individual releases without completely redoing their models. But that’s also kind of the point.

We’ll probably never be told why GW chose to produce these particular models as joint-kits. Was the intention to always rebox these sprues and sell them later? Was this a cost decision to save on materials/packing/weight? Was it just an easier way to mass produce these kits or were there some other limiting factors? I’m sure there are answers to all these things and probably good justifications that GW created these sprues the way they did. But the fact remains, we probably won’t see units like the Skorpekh Lord get a solo kit – and that’s the real shame of it all. 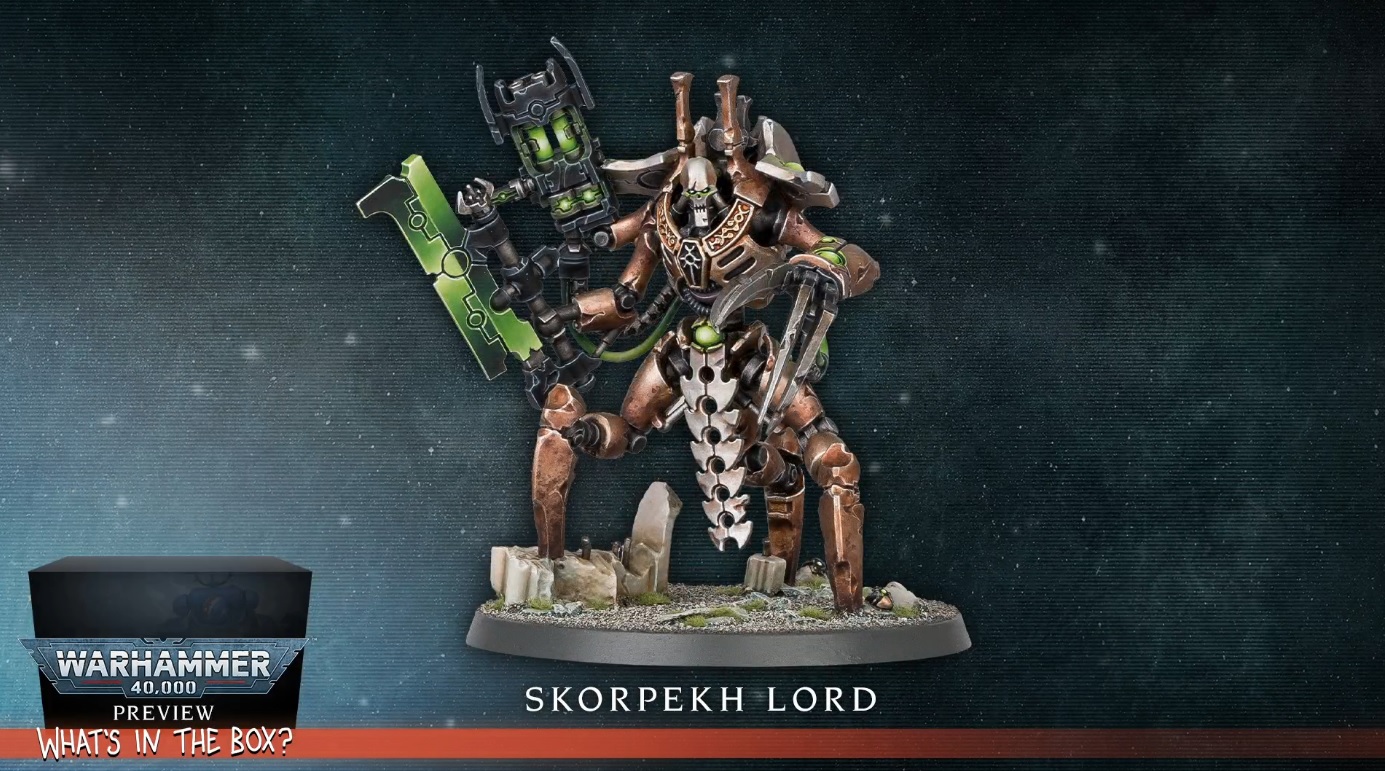 Solo kit release? Not this time around…

In an ideal world, maybe GW makes individual sprues for all their kits and when they release a new boxed set they include the separate sprues. Or maybe they make these “combo sprues” in the fancy boxed set but come out with solo release for the units with tons of extra bits and new multipose models. I don’t have the right answers here – I just know that these combo sprues get reboxed is a mix of emotions. Are they good or bad? Honestly, it’s a bit of both.

What do you think about these kits getting reboxed they way GW is doing it? Would you like to see more of these offers or would you rather wait for these kits to get individual releases even if it take a year or more for them to get produced?