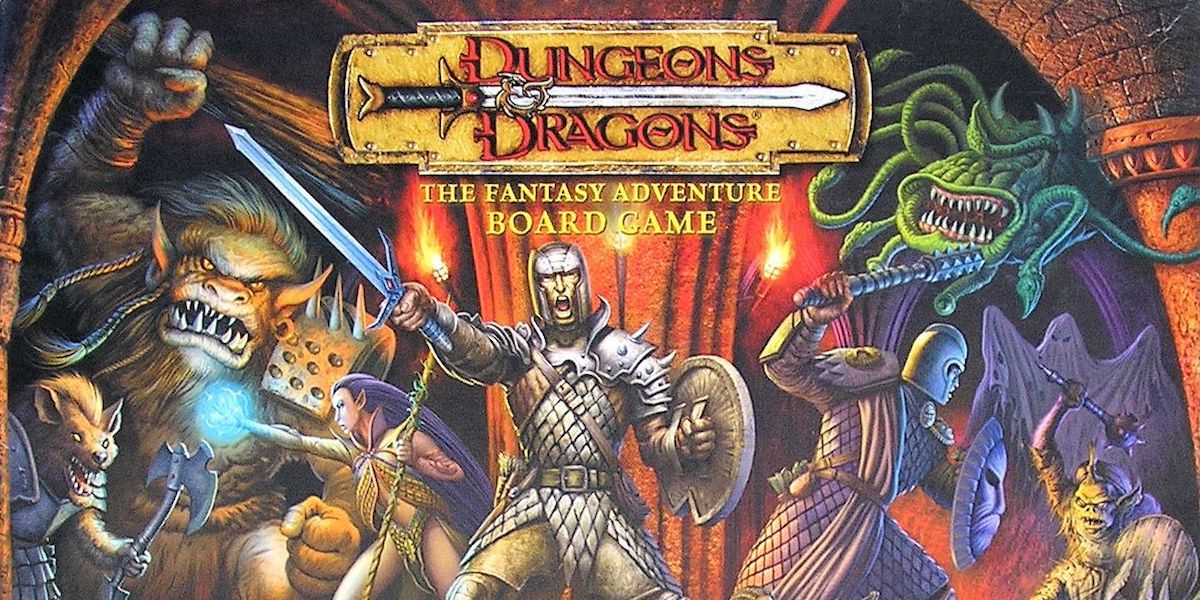 Tabletop RPGs are complicated and diving right in can be too much, too fast. But what if…

I’ve been playing Dungeons and Dragons since 2nd edition. As someone who, at the time, had only played board games like Monopoly and Clue (and look at me now!), a game like D&D was a lot for me to take in. I didn’t understand a lot of the concepts at first. Things like a game master, character sheets, unique dice, hit points were all foreign concepts to me. But over time, I learned and grew and then 3rd edition came out and I could stop pretending I didn’t need to check a lookup table for THAC0 every time I attacked.

I know a lot of people say THAC0 is so simple.
In my defense, I’m very dumb.

Fast forward and I’m teaching some college friends D&D 3.5 edition. I was excited and threw too much information at them at once. They were like I was back when I was learning. They’d never played a TTRPG at all, so when I was getting into ideas of Opportunity Attacks, Prestige Classes (which I still miss greatly), and Flat Footed AC, they were understandably overwhelmed.

My fault, friends. I’m better at teaching now, I promise.

This brings us to Dungeons and Dragons: The Fantasy Adventure Board Game, released in 2003 by Parker Bros., but was only released to European markets. 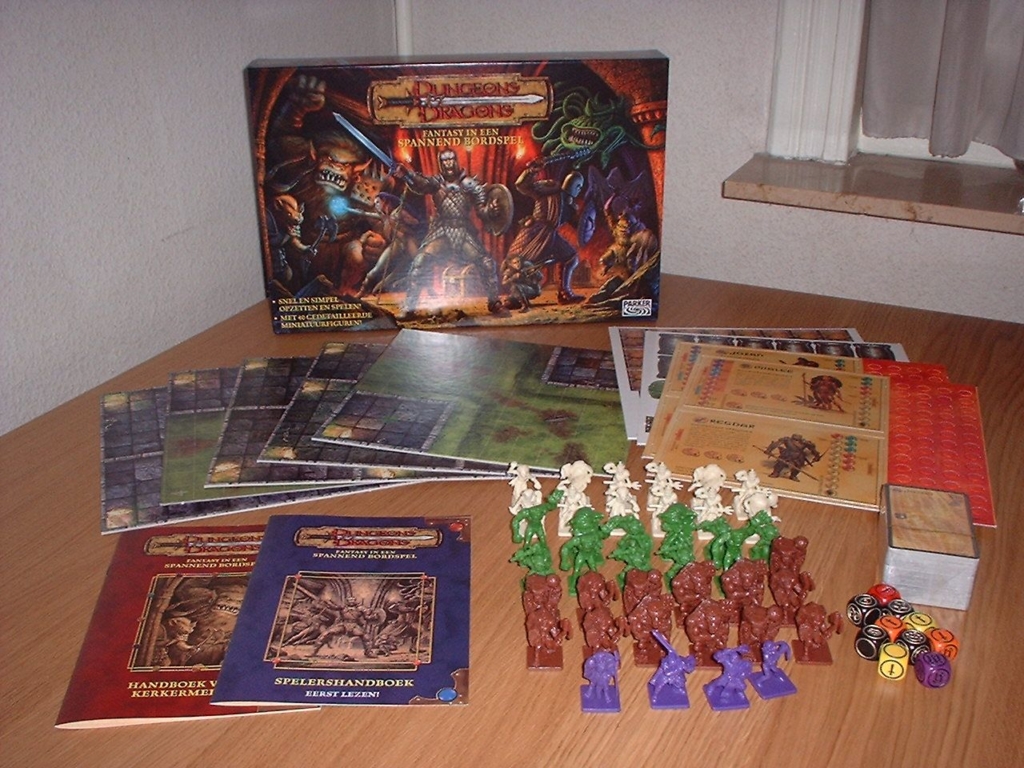 D&D: FABG is a one-versus-many dungeon crawling adventure game. The one, as you might expect, is the Dungeon Master, who controls the monsters and lays out the dungeon for the players. Each other player takes the role of one of the characters from the D&D PHB: Regdar, Jozan, Lidda, and Mialee. The game came with a Dungeon Masters Guide, which included a number of different scenarios the DM could build using the modular board tiles.

Setup and Gameplay were fairly straightforward. Players choose characters, get starting equipment and stats based on dungeon level, everyone gets oodles of tokens and dice and handwave your way through the rest, then you’re ready to play. 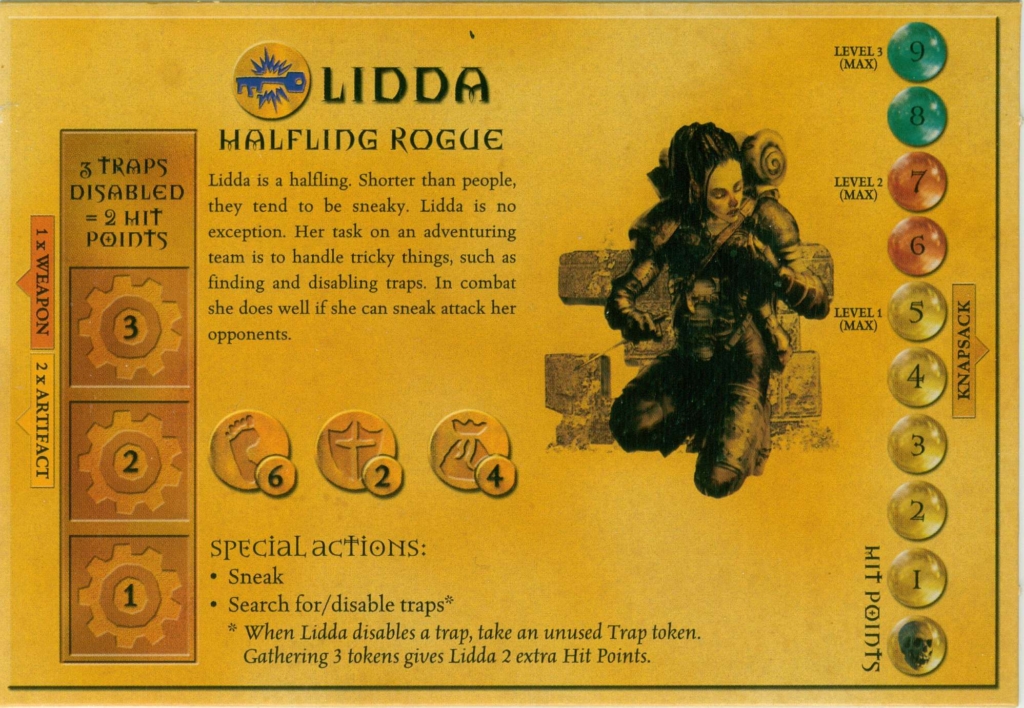 Anyone else have a crush on Lidda? haha. me neither.

Initiative came down to a deck of 5 cards, which get randomly distributed each time a door is opened. Everyone gets 2 Actions per turn. Actions are things like Move, Attack, Open Door, Cast a spell, etc. Any attack comes down to rolling a handful of custom dice based on the attack being done. Weapons and any offensive spells have icons of dice at the bottom, indicating to the player which dice should be thrown when using that attack. 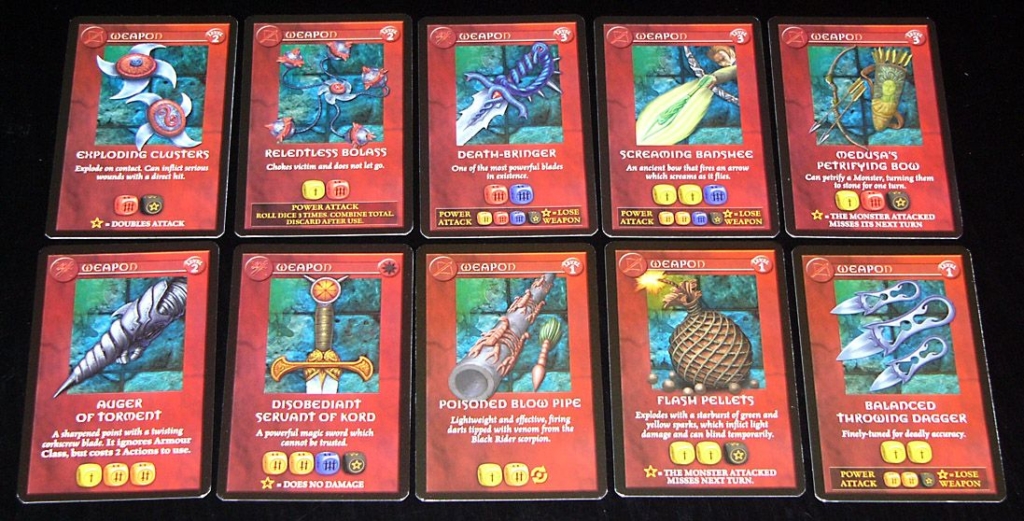 The player rolls those dice and counts up the number of hits from the dice. This number is compared to the AC of the defender, and any hits beyond the target’s AC is dealt as damage. So 3 Hits against 2 AC is 1 damage. 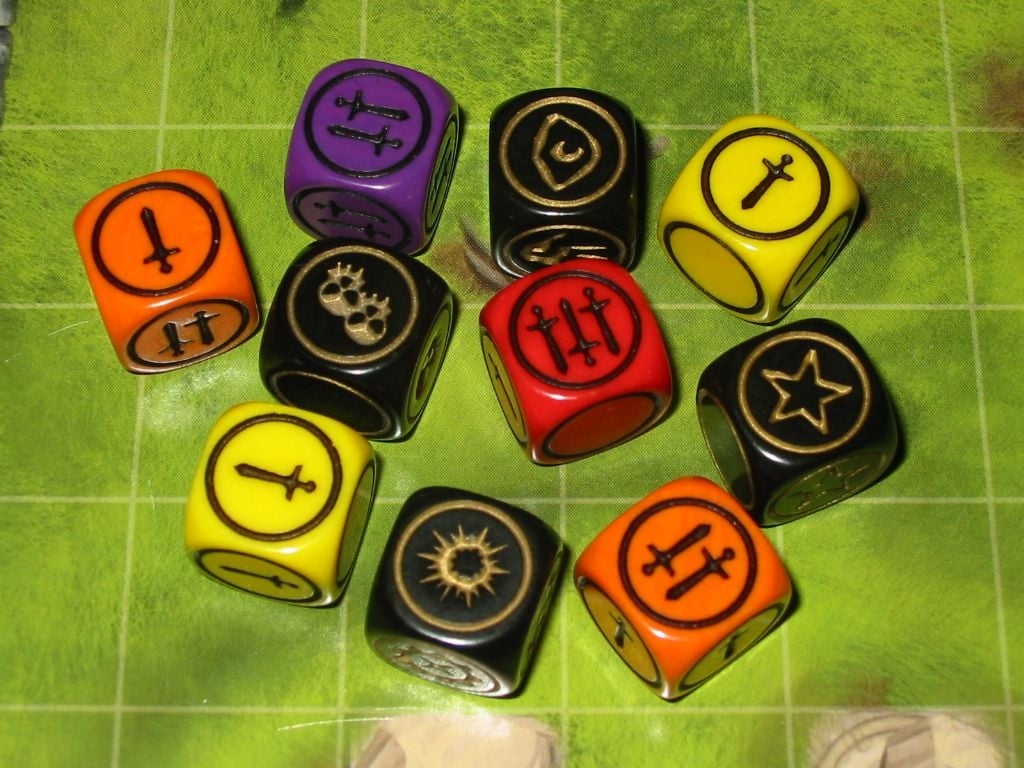 Some spells, magic items, and special abilities require even more unique dice and each such ability will inform the player of the result based on the die’s result. 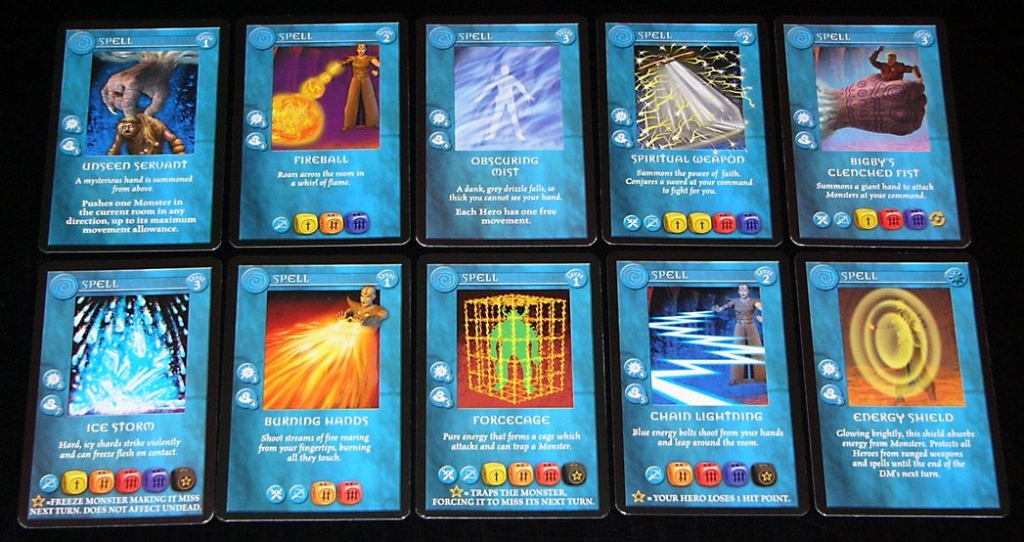 Even though at the start of this article I mentioned I’m better at teaching games now I breezed through these rules very quickly, but that’s on purpose. I think it’s much more interesting to talk about why these simplified rules are so important. This game is nothing like Dungeons & Dragons. It’s barely even HeroQuest, but I think that’s a good play by the designers.

At least in my experience, Dungeons & Dragons was getting a new resurgence in popularity with the release of edition 3.5. This game released that same year, in 2003, and I’m certain was a stepping stone for many who had only heard of Dungeons & Dragons from these new hilarious image macros you found on Something Awful. 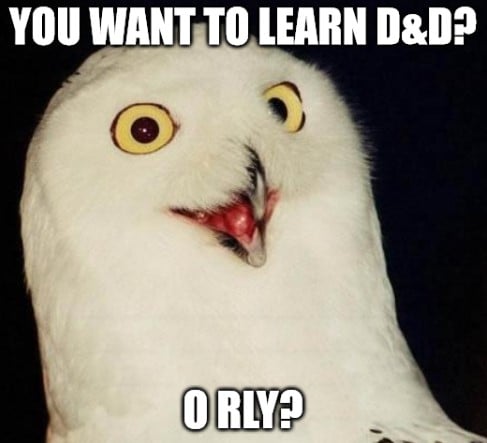 Point being, this game didn’t age particularly well. Frankly, it’s kinda lackluster. But for the time it was released, it made perfect sense to be super simple. A brand new selection of people was being introduced to ideas like a dungeon master, actions per turn, grid-based movement, and tracking health and mana. Sure, you could do all that in Star Wars: Knights of the Old Republic, or EverQuest Online, but in a board game?! It’s unheard of. 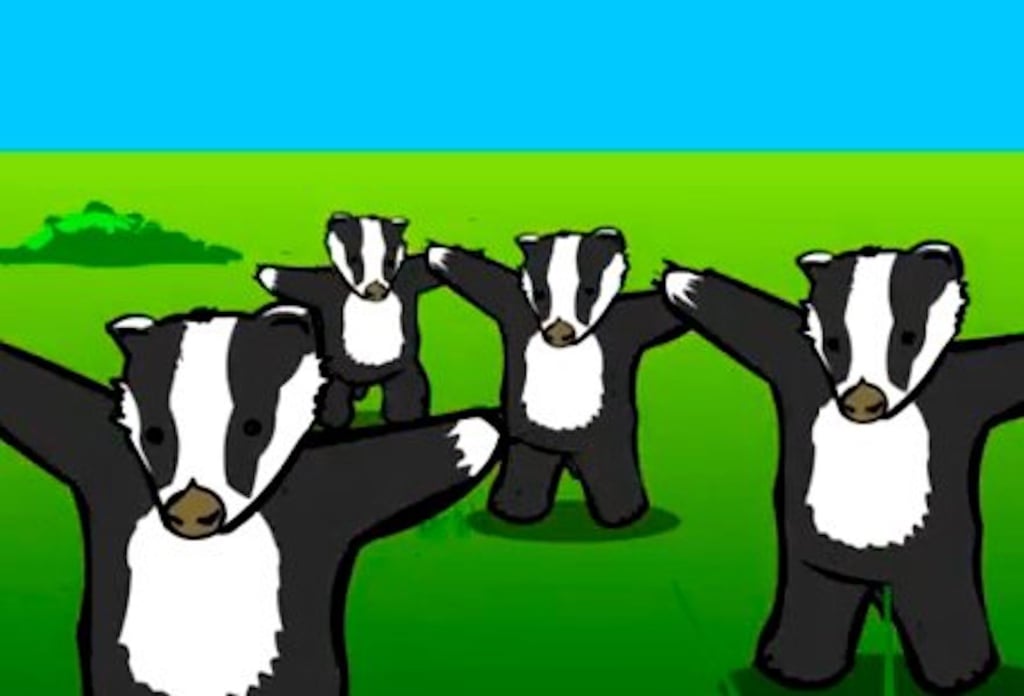 Just an excuse for moar 2003 memes XD rawr
You just lost The Game.

Moral of the story: What may be simple and boring now was likely a huge stepping stone for some into a world of something much greater.