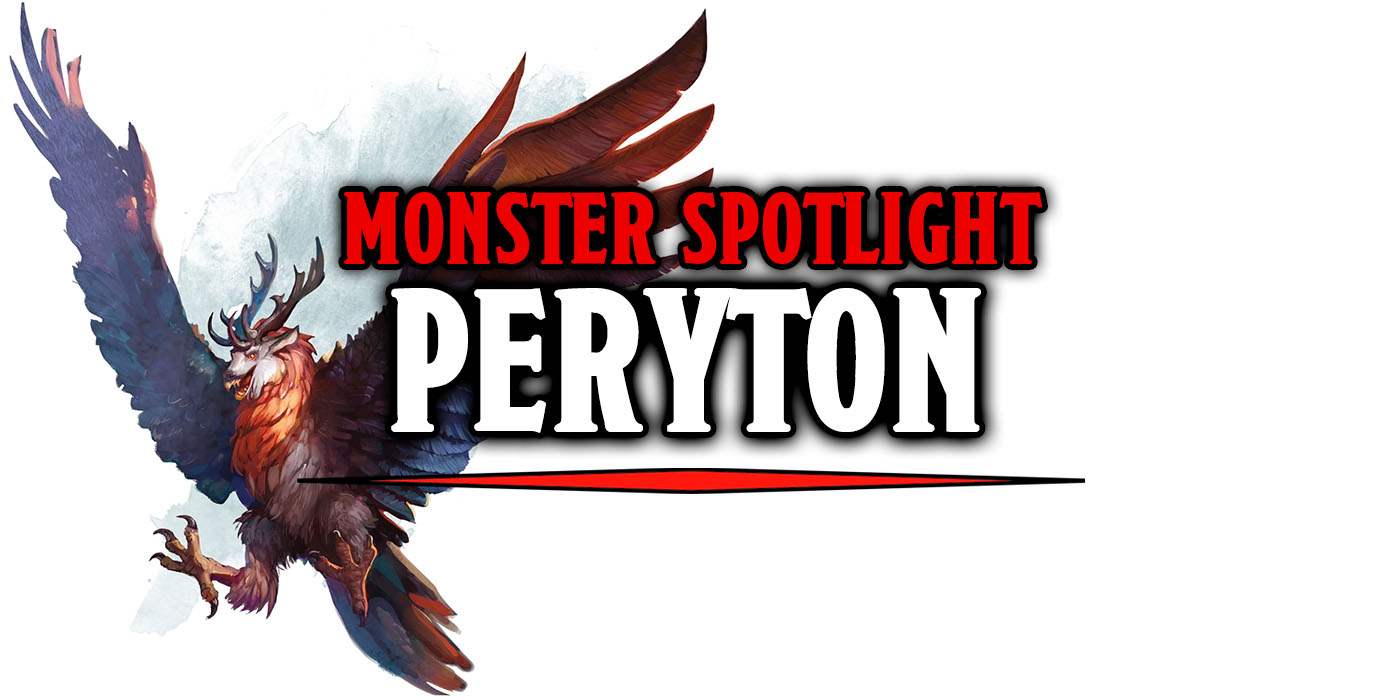 This creature is a heart stealer… And a heart eater. The Peryton is half eagle, half stag, and all nightmares if you happen to enjoy your blood pumping. 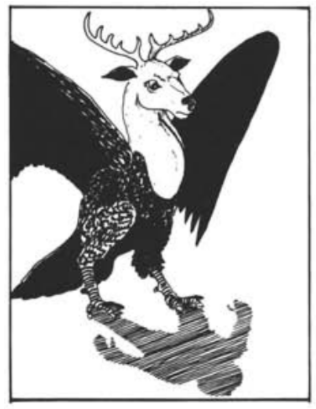 Looking like a mixture between a deer and an eagle, the Peryton is a medium sized, usually evil creature. It usually attacks a single foe at a time with its horns before tearing out its already dead victim’s heart with its beak. Despite the Peryton having scary looking claws, they are weak and not as effective in battle as a simple stab from its sharp horns.

Once something has been defeated and de-hearted by the Peryton, they will unusually immediately fly away with the prize. Not to eat or for any other gruesome but logical reason you may think of, but because the Peryton requires the heart to reproduce. You may be wondering how, we’ll get to that in a moment, but for now let’s imagine it as some sort of a hyper realistic valentine to set the mood. 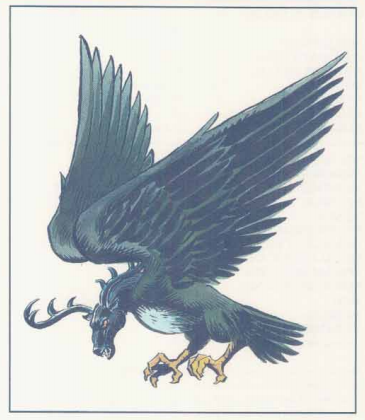 Peryton’s are tenacious and persistent creatures and if they decide that they want your heart they will either collect it or die trying. Once the Peryton chooses a victim they will attack that individual singularly, and even if the monster is eventually injured and driven off, you can bet that they are stalking from a distance and waiting for a chance at round two. While their talons are either not strong enough or not sharp enough to be a worthwhile weapon in battle, they have been known to use them to fly off with a human-sized prey and dropping them up to 10d6 feet to the ground. Second Edition also lets us know that a fresh heart is required to be eaten by a female Peryton before she can lay an egg. 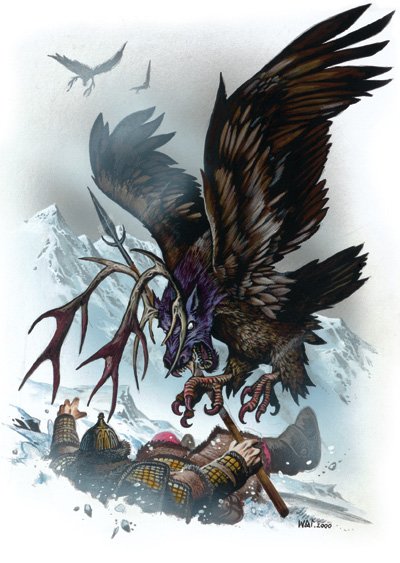 Perytons become somehow both more and less grotesque in Third Edition, here they no longer need a fresh battle-won heart in order to reproduce. Now they are simply cruel creatures who hate life and wish to consume it in hopes that the perfect heart will allow them to ascend to a higher form of life or being. Some believe in an almost ritualistically perfect set of circumstances under which a humanoid heart should be eaten, others just want to get their talons on a heart, but regardless the Perytons still have heart on the menu, but for different and possibly stranger (or less strange, the jury is still out) reasons. 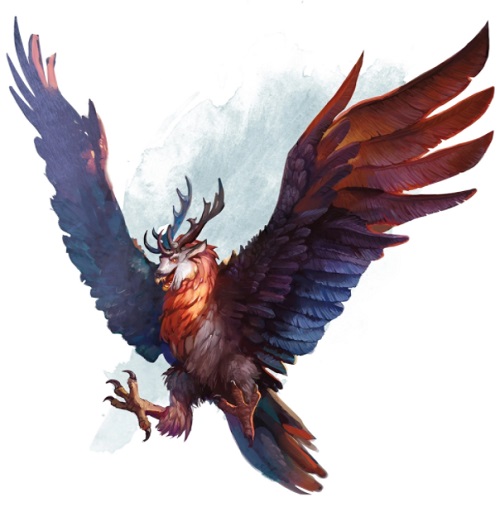 Good news! For Fifth Edition the Peryton is back to requiring a heart in order to continue its reproductive cycle. 5E also introduces the concept that the Peryton’s shadow looks like that of a human as apposed to the stag / bird hybrid that the monster actually looks like when gazed upon directly. Because of this, sages and bards both hypothesize that the creature’s origin came from cursed humanoids, though the two groups can’t decide on how some humanoid became the first Peryton one day. Sages prefer to think of them as the products of an ancient curse or magical experimentation, while bards tell a tale that includes murder, intrigue, jealousy, and a little heart eating. Because why not?

Have you ever encountered a Peryton in D&D? Did it try to attack you or someone else in your party? How did you finally escape? Let us know in the comments!