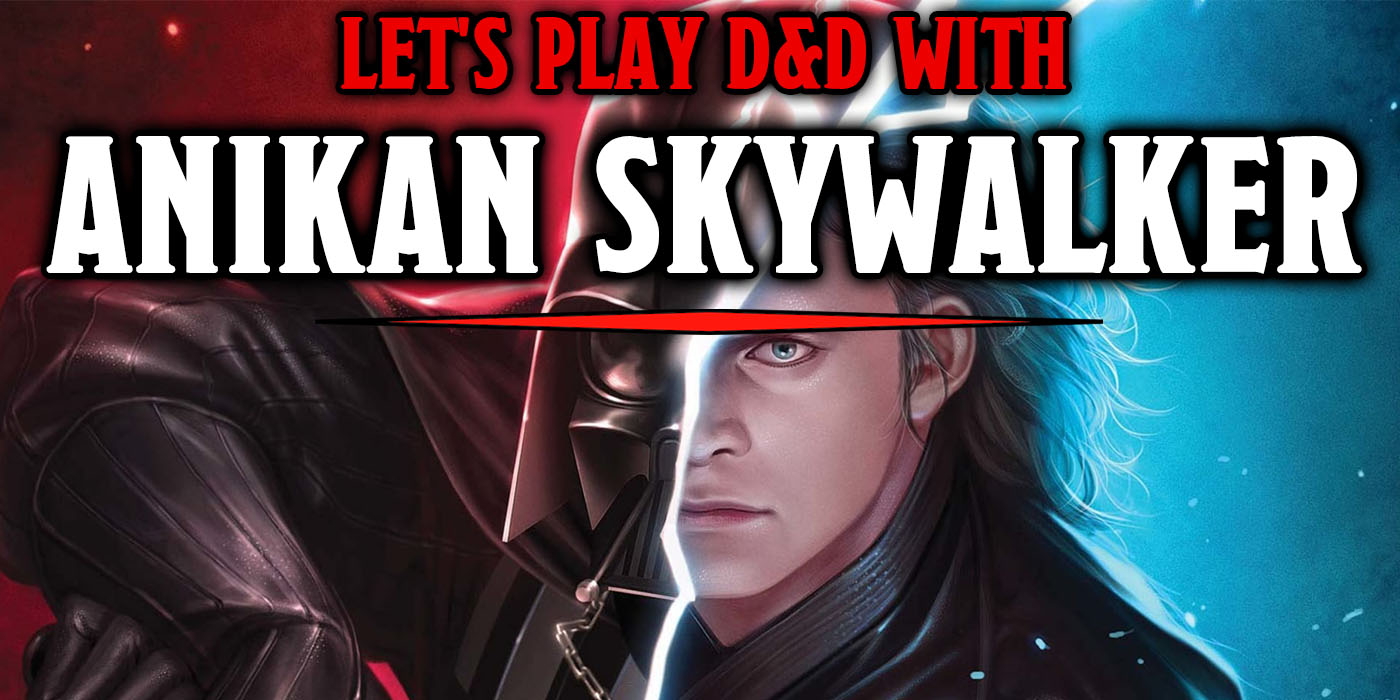 This week we’re not resisting the dark side very hard as we figure out how to play Anikan three ways for our next Dungeons and Dragons adventure.

Between the Bad Batch trailer and the Kenobi cast announcement, it’s been a good week for Star Wars fans, so while the galaxy seems good let’s level up with our favorite good-kid-gone-bad, Anikan. 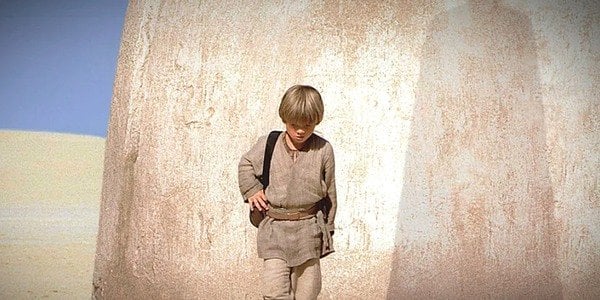 Remember looking at this poster and thinking, “That movie looks like it could be good”? Me too. Those were the days.

Baby Anikan doesn’t have a lot of obvious powers. He doesn’t outwardly use the force or get into fights, but he is one smart cookie who builds droids and pod racers in his spare time. Up until this kid was picked up by the Jedi Order for training, he was well on his way to being a very accomplished artificer.

I rolled absurdly well for him, which makes sense seeing as he’s the chosen one, but finding a place for all of those numbers when making a little kid was a challenge. Obviously a high intelligence for droid and racer building, dexterity for piloting skills, and charisma for charming a Queen as a child. But he’s not terribly strong yet, his charisma is okay but not “lives through getting thrown into a volcano” high just yet, and honestly, Anikan is the definition of smart-not-wise. Spells tried to reflect building and mending things, and his equipment box is empty because he doesn’t own anything.

Attack of the Clones

He’s a paladin now! Anikan’s doing his best, unfortunately his best isn’t always lining up with the Jedi way. While Jedi are usually true neutral or lawful, Anikan is still chaotic, and while most Jedi’s oath align more with Heroism or Devotion, he cares a bit too much about looking good to not be Oath of Glory. I modeled the lightsaber after the Rapier but with a slight boost, and while most of the Oath of Glory specific spells are generally positive and heroic, the general paladin spells I chose were a little darker. While he wasn’t quite to the point of killing younglings, he wasn’t exactly solving all of his problems with words, either and I thought the split in spells reflected that. Also, didn’t want to make this version of Anikan level 13/2, but at 13 Glory Paladin gets Compulsion and Freedom of Movement as spells, and those felt too on the nose to not take. Compulsion is basically a Jedi mind trick.

Revenge of the Sith 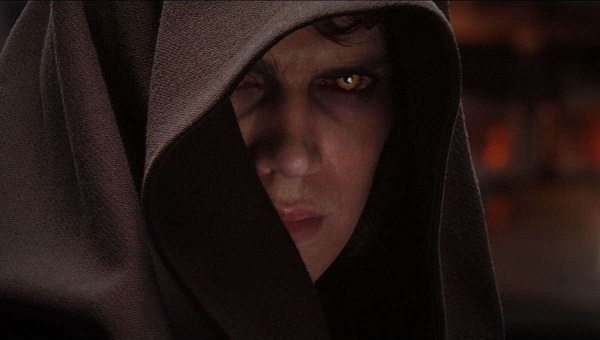 Not quite Darth Vader but real darn close, Episode III Anikan is definitely an Oathbreaker Paladin. I leveled him up to 17 once again for the spell possibilities of Dominate Person, but with the exception of Animate Dead and Contagion, I think that all of the Oathbraeker specific spells are pretty appropriate. This also gets him Aura of Hate and Supernatural Resistance. I thought about giving him better armor, more similar to a full body plate that Vader would wear, but Anikan mostly wears the leather Jedi robes until the very end, so I stuck mostly to what he had before as far as the armor and weaponry goes. Honestly, his powers are in the force and his snark, anyhow.

How would you make Anikan for D&D? Which version of Anikan would you most likely play in an actual game? Which characters, movies, TV shows, or games would you like to see sheets from next time? Let us know in the comments!