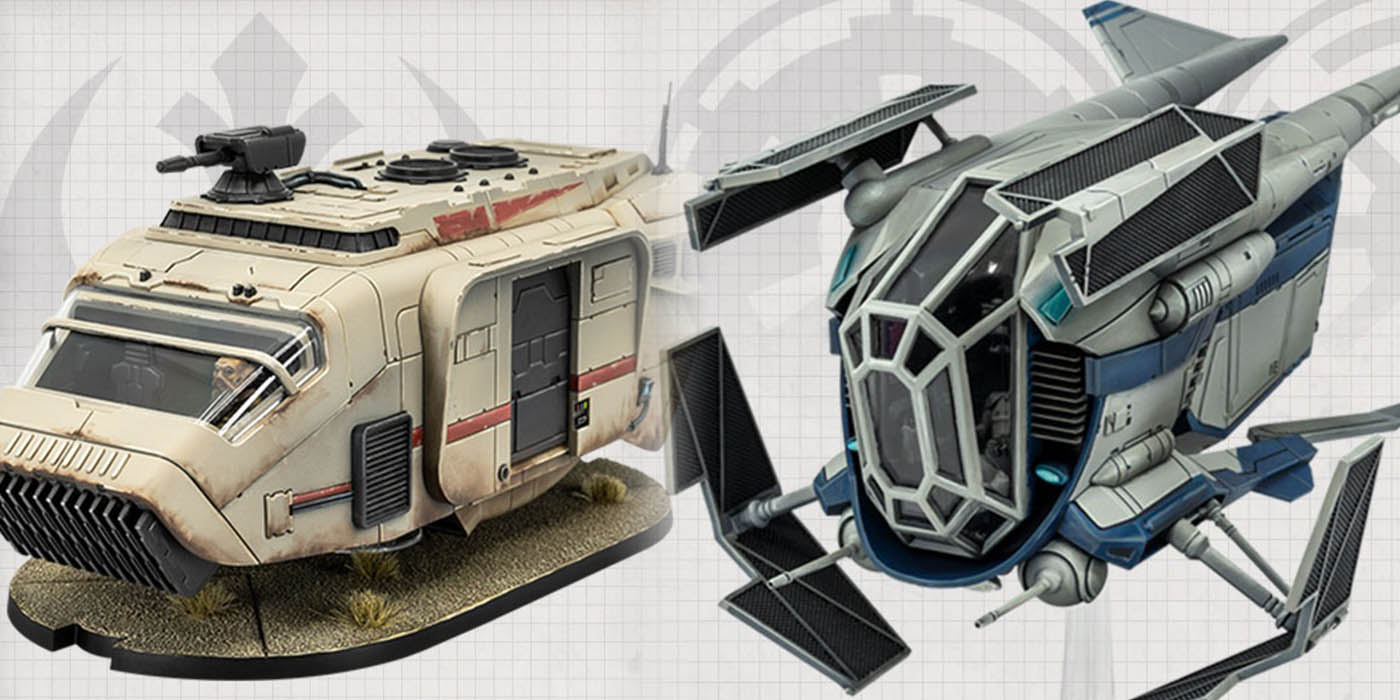 Both the LAAT/le Patrol Transport Unit Expansion and the A-A5 Speeder Truck Unit Expansion are slated for release later this year. But in the mean time, Atomic Mass Games is showing off a few more cards for each expansion. 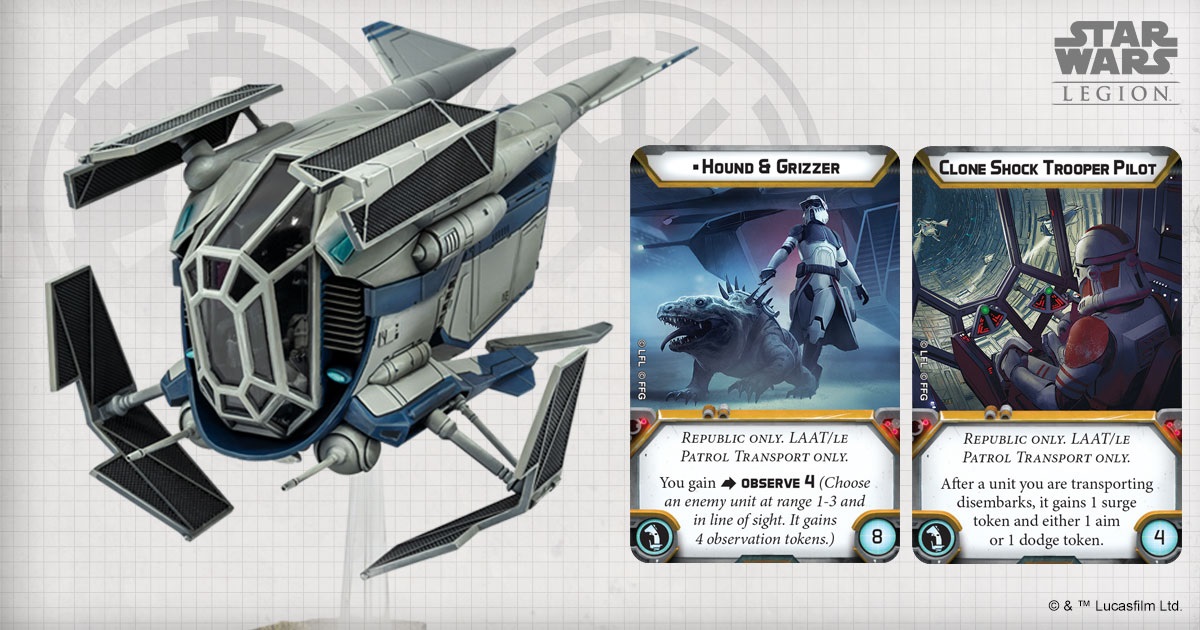 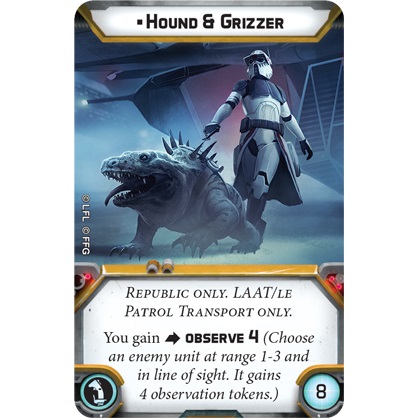 Hound & Grizzer are a neat addition – they give you a ton of Observe tokens. But really look at that good boy! And he’s probably looking right back at you… 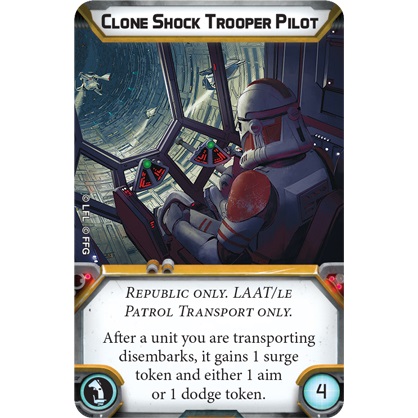 The Clone Shock Trooper Pilot grants a disembarking unit either a surge, aim or dodge token. Each of which would be useful in specific situations. 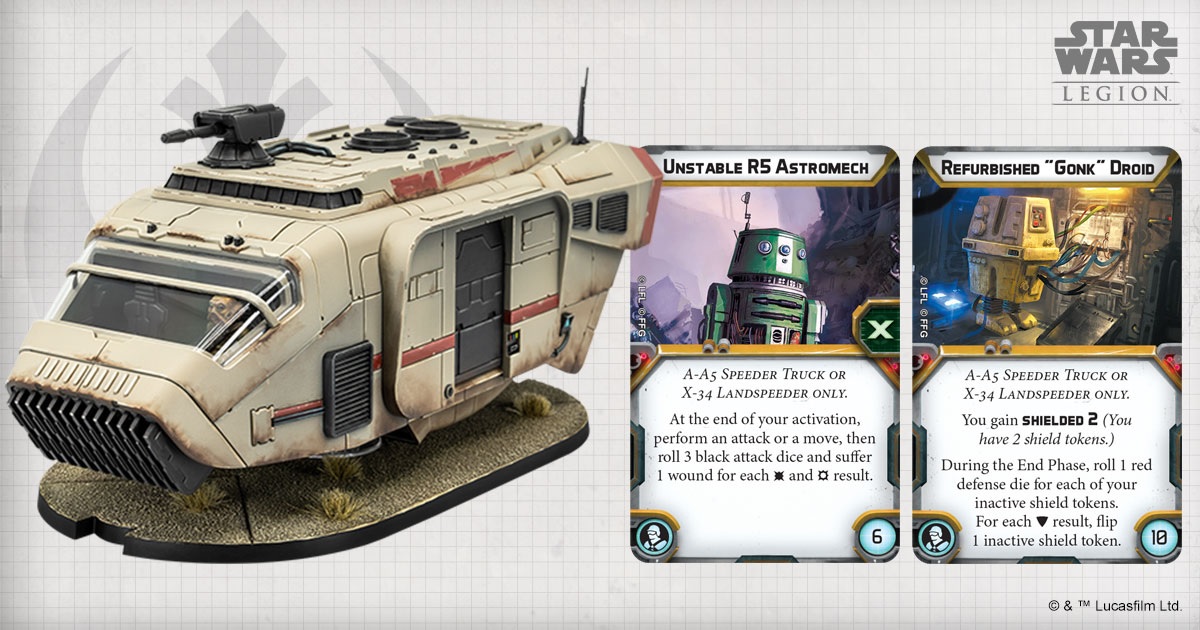 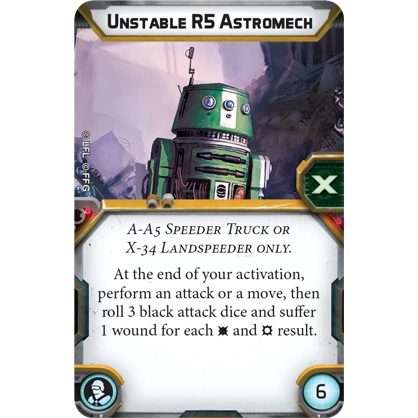 The Unstable R5 Astromech is a little bit of risk vs reward. Sure, you get to make an extra move or an attack (which could be quite useful) but there is a chance you take some damage right back for doing that. Then again, it could totally be worth it! 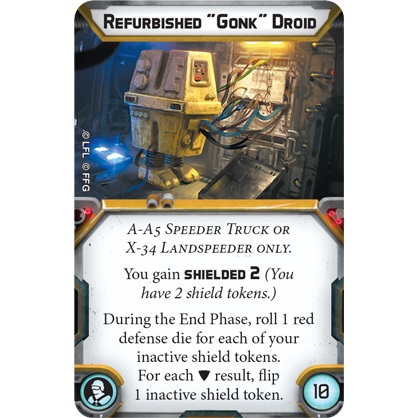 Ahh the good old “Gonk” is back. It’s Refurbished model, but it will get the job done. If that job is to provide your transport with some extra shields. I’m starting to think that this “Gonk” droid is just a shield battery with legs… 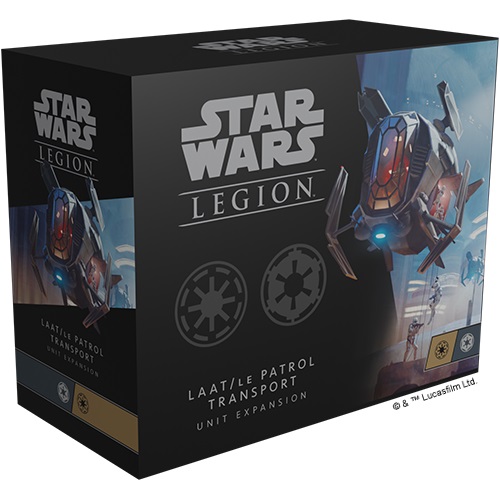 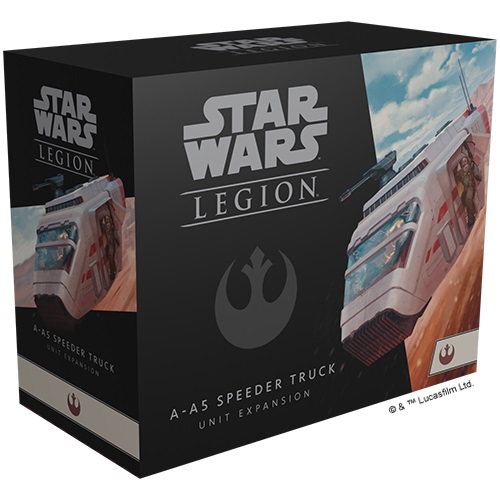 Both of these expansions are due out in May!