Warhammer 40K: The God-Machines of Slaanesh 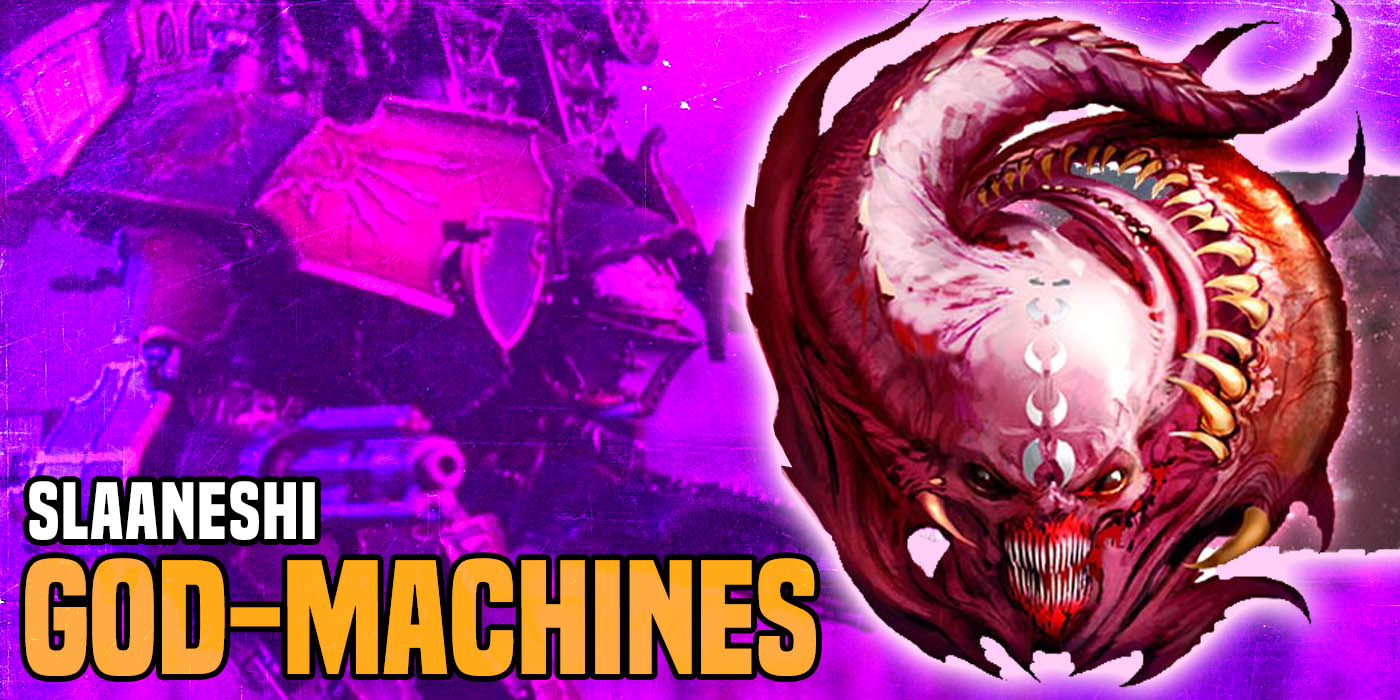 Long ago in the Grimdark, Slaanesh the Dark Prince had Knights and even Titans sworn to his twisted service. One day they may return. 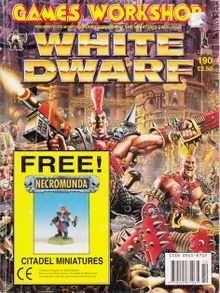 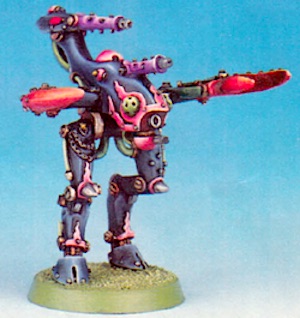 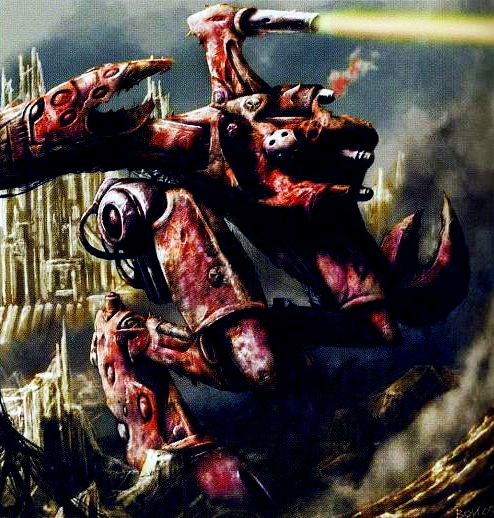 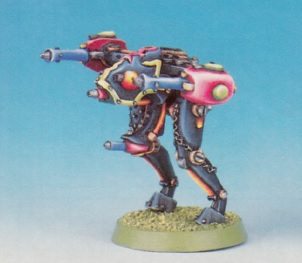 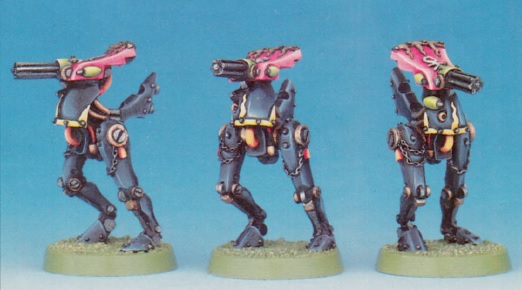 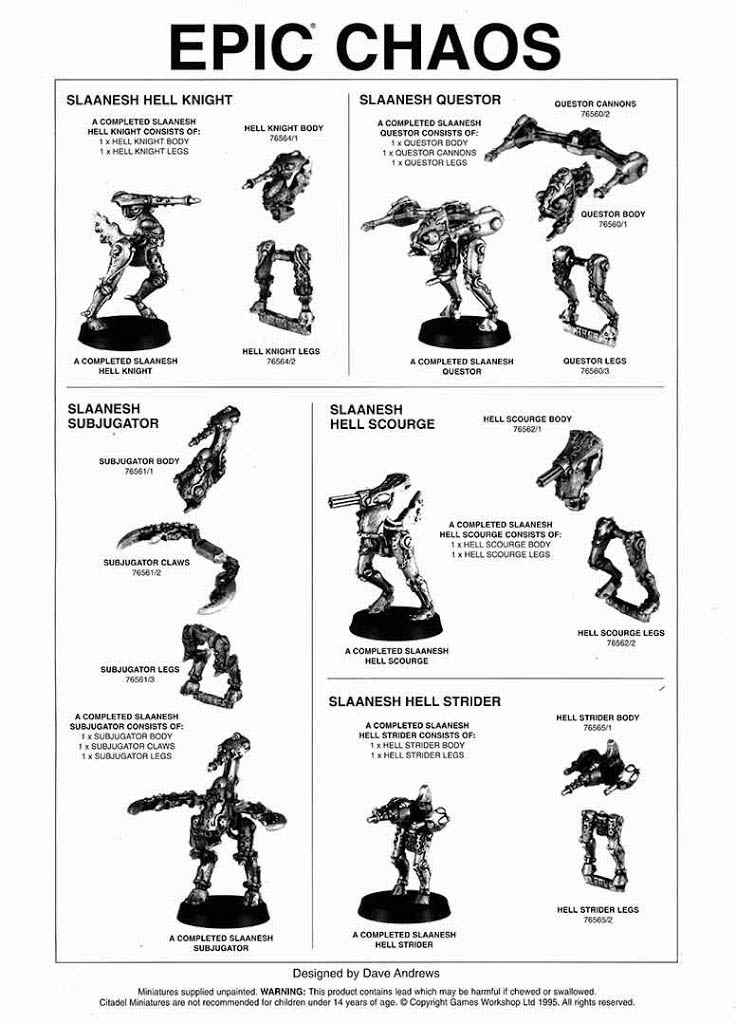 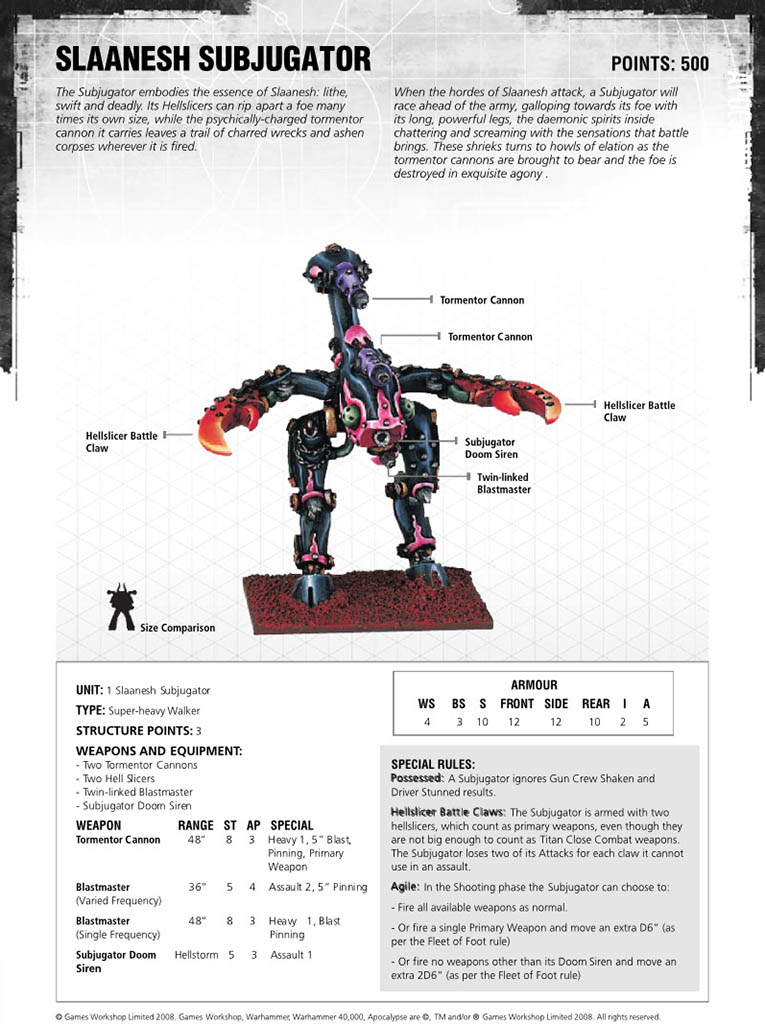 Last but not least, we have the Chaos Warlords from old EPIC in the 1990s. GW didn’t have specific rules for a Slaaneshi one, but they most certainly did exist in the lore, and on the tabletop. Take a look at this page of metal bits you could use to dress up your plastic Warlords back in the day and take particular note of these bits: 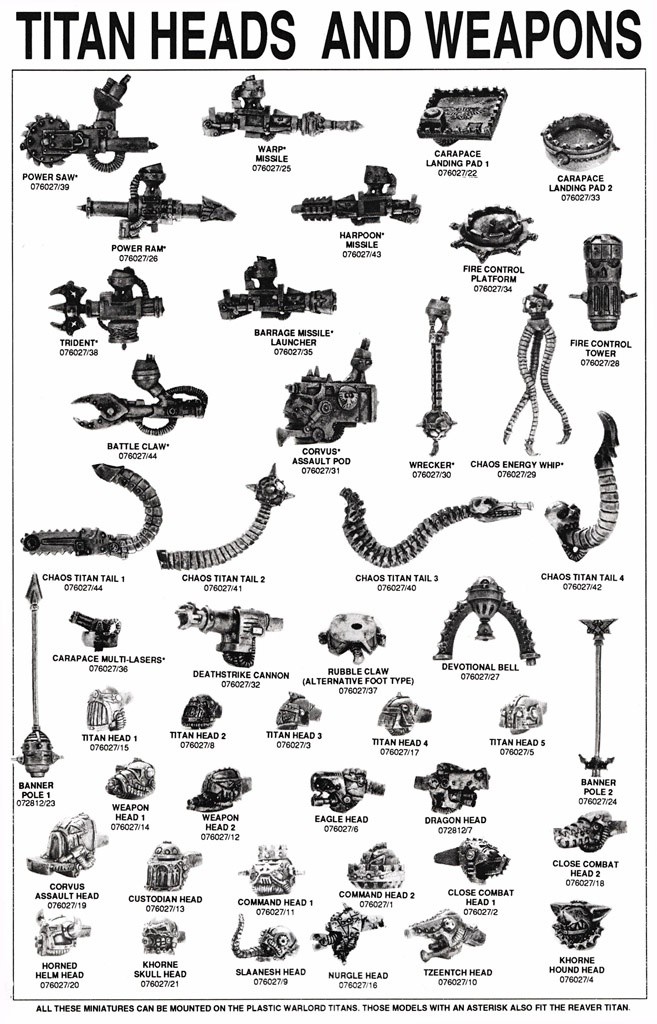 ~ If the Subjugator could get 40K Apocalypse rules, and if GW made Codex Chaos Knights – any of these could return one day.