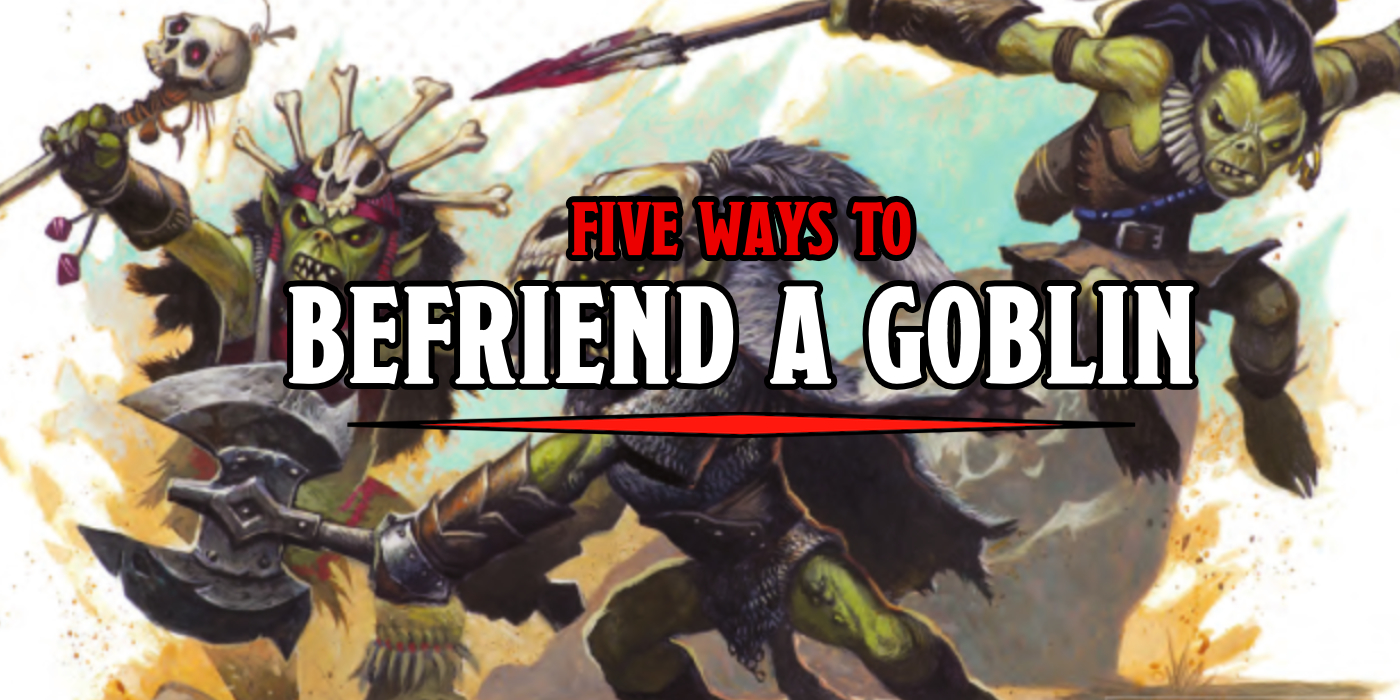 Why would your DM keep putting goblins in encounters if they DIDN’T want you to “adopt” them all. Here’s how to make friends and influence goblins in D&D.

Goblins are one of nature’s greatest treasures, this must be the case because it seems like every adventuring party out there either befriends or adopts at least one goblin, if not every single one that you come across. Whether you take pity on them because they are small (or smol, depending on if you’re playing your game online or not), or decide that you will kill a god to make sure nothing bad happens to this bizarre little murdergremlin you’ve decided to care for because they’re also surprisingly cute, there comes a point where you too will want to adopt a goblin. We’re here to help. 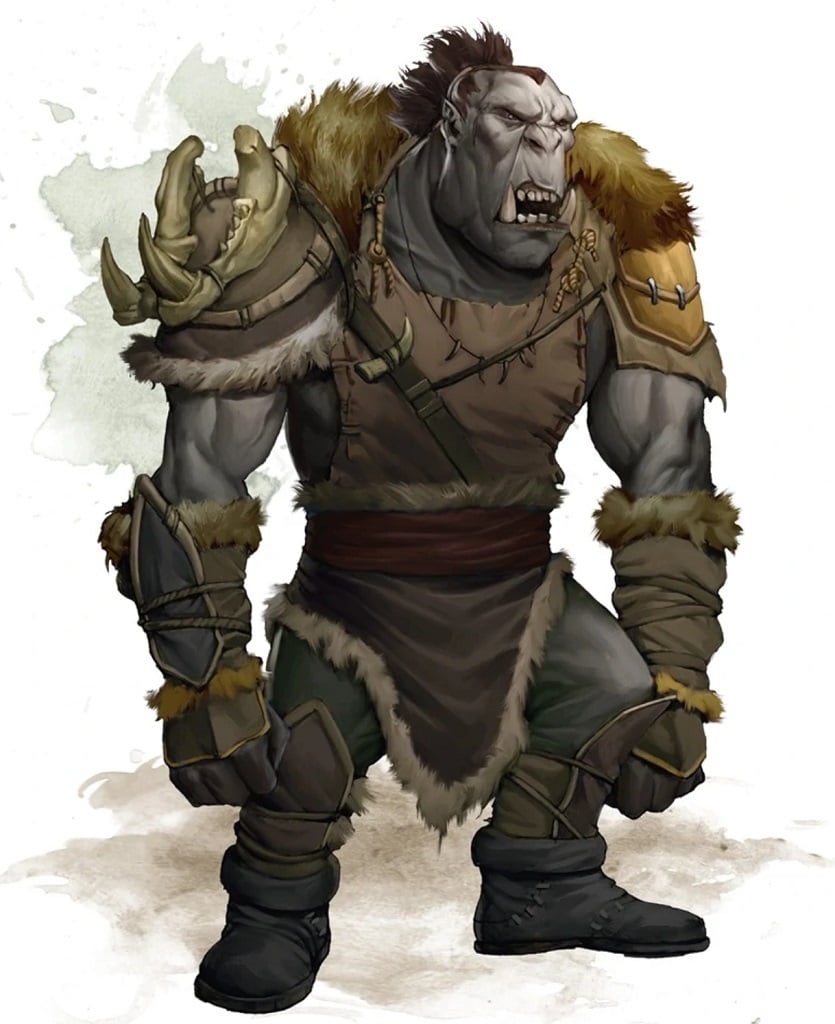 Look, persuasion will only get you so far. You can roll all the natural 20s you want (they don’t auto succeed, but go ahead anyway), but the skill isn’t mind control. All it will do is give you a moment. If you want to build a real and lasting friendship with your potential goblin ward, you need to be interested. To be interesting, be interested, the saying goes, and that holds true in D&D. You have to be genuine and take an interest in what the goblin is doing. You can show your interest by asking questions like “what is the goblin wearing” and “does the strange symbol on its cloak look handcrafted?”

The answers to these questions will take open up more doors and tell you more about the goblin. Before you know it, you’ll have made a real connection because you bonded over the fact that this goblin is a woodcarver just like you/your dead family relative from your backstory and you wouldn’t have known if you didn’t ask where they made that spear. Be open and be genuine and you’ll have a lifelong friend in no time.

Making friends is easy when you can provide them with something they need/don’t have on their own. Life for a goblin raider has got to be hard–why not help ease their burden. Are they on guard duty? What if you paid them to travel with you instead? It’s probably a small drop in the bucket compared to whatever treasure they’re guarding. But however much silver/gold per day is also more money than that goblin would likely make. But more than just paying off the goblin or making them a hireling, don’t be afraid to show off your wealth.

Do big things in your community, build a statue in your likeness, commission a building that glorifies you, launch an industry of special carts that run on magic–be flashy and uplift people along the way. They say money can’t buy you friends, but it’s a misleading statement. Having money is what gets you friends, you don’t have to actually spend it on them–if you need proof just go on the internet and say something even mildly detracting about a billionaire and weirdos on the internet (or GOBLINS) will fall over themselves to declare their friendship. The key is to let everyone know you’re basically a fantasy billionaire. And if Theranos is anything to go by, all you gotta do is throw some cash around to do that.

Confidence is sexy. Not that you’re necessarily trying to seduce a goblin, but confidence helps you make a good impression. If you can, say, go into a Barbarian’s rage and ignore most of the damage the goblin does, without even needing to make an attack against the goblin, that’s confidence right there. Are you a wizard? Stoneskin. Show them that you’re not shaken by the problems of the world/their own d6 attacks, and you’ll leave a lasting impression. 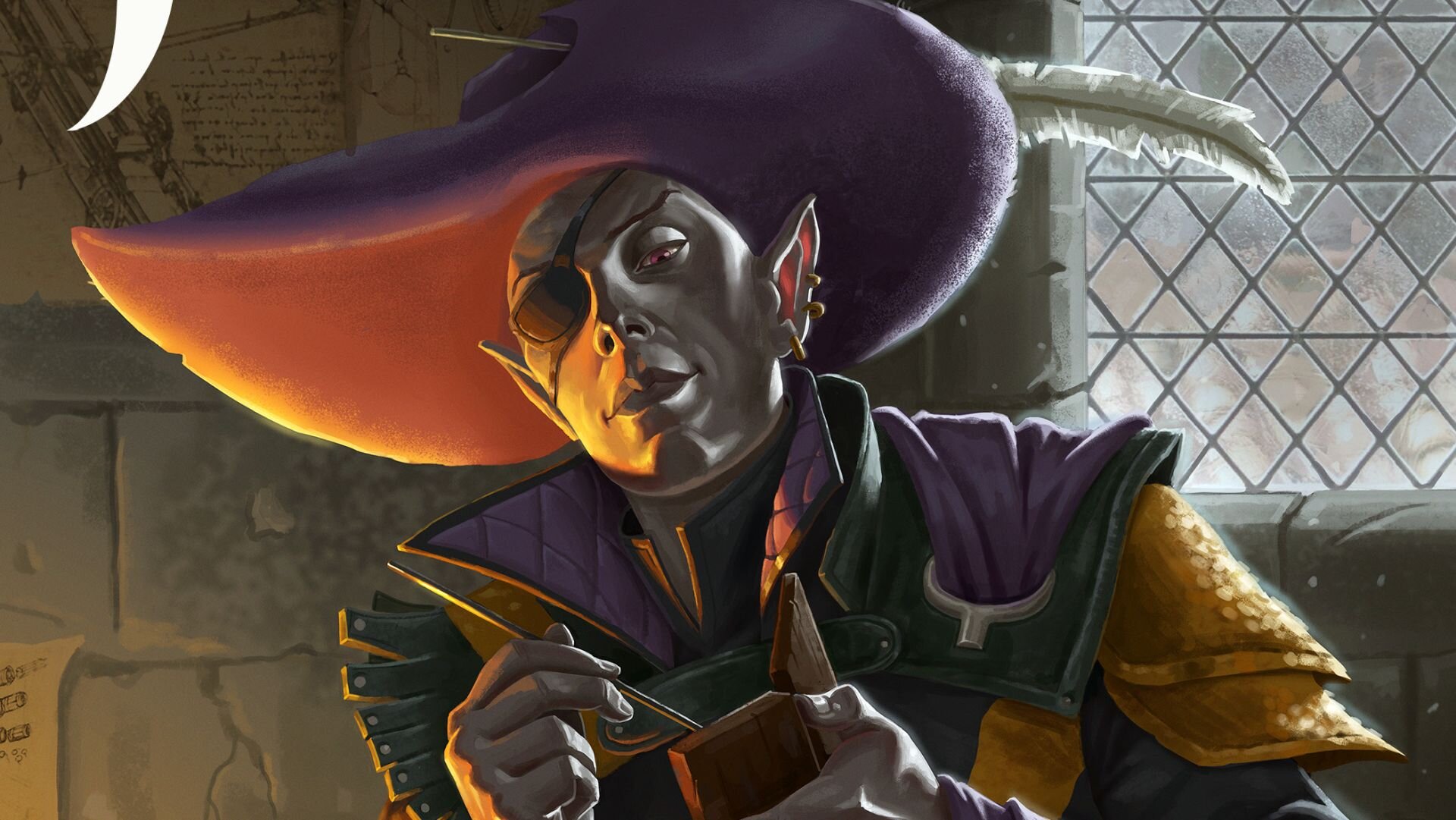 Clothes make the adventurer. And if you haven’t written up at least a paragraph about how cool your character looks, you’re doing yourself a disservice. Think about how you’d describe your character to an artist if you were having them commission art of your character. What details make your character stand out. Do you have any? Let the DM–and the goblin–know. Have a sense of style and take good care of your adventurers because that shows that you’ll do the same for the goblin. Maybe even offer them a hat or a cool cloak if they stop attacking for one minute.

Sometimes, the best way to make friends is by really opening yourself up. You gotta take a risk and put yourself out there. So, sometimes, you gotta let go of your defenses. Sure, maybe the goblin will kill you–but that’s why you’ve got a friend waiting in the wings with revivify. Once the goblin has seen how close you’re willing to let them get, how could they not want to be friends?