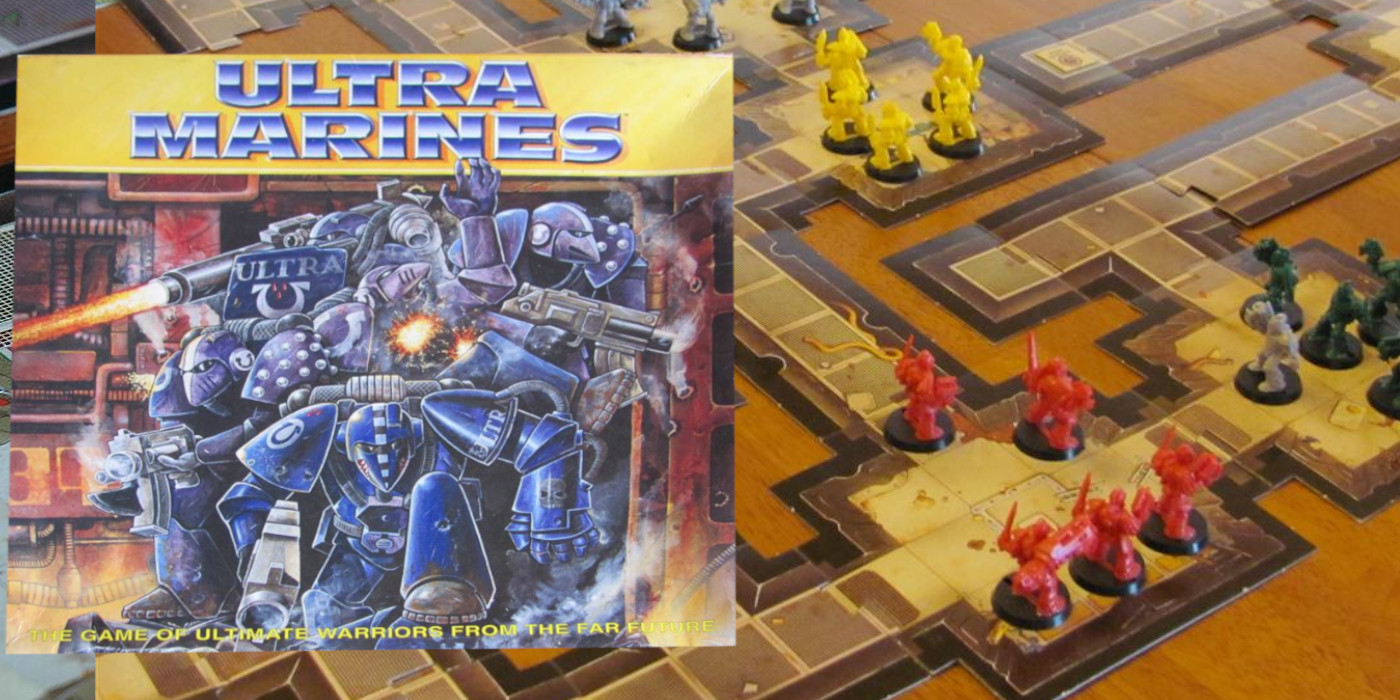 With a newer, younger, and fresher target audience, Games Workshop had to get creative. And, oh boy, did they.

In 1991, Games Workshop was trying to expand their audience and their market. They had a pretty good hold on tabletop miniature games, but in an effort to reach new groups of people, they introduced 4 “introductory” board games set in the Warhammer 40,000 universe. Those games being Space Fleet, Kerrunch, Mighty Warriors, and today’s game, Ultra Marines. 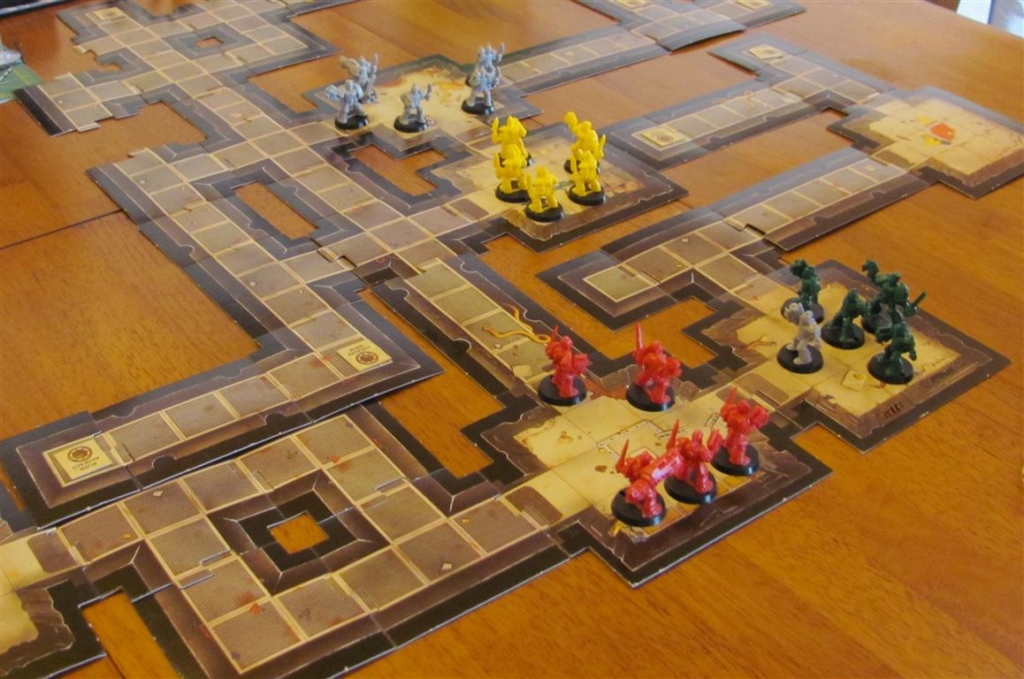 Ultra Marines was essentially a slimmed down version of Space Hulk, but Ultra Marines is closer to Capture the Flag than it is to Space Hulk. Ultra Marines is a competitive tactical combat game with a ‘pickup and deliver’ mechanic. Each player controls a team of Scouts, each of whom are hunting for alien artifacts on a wrecked ship. The objective for each player is to the player who captures the most artifacts.

The game uses a board setup very reminiscent of Space Hulk. Once the ship is built, players choose a room and place their squad of Scouts there. Then players take turns placing the alien artifacts around the ship. Finally, each player draws 3 Event cards and the game begins. 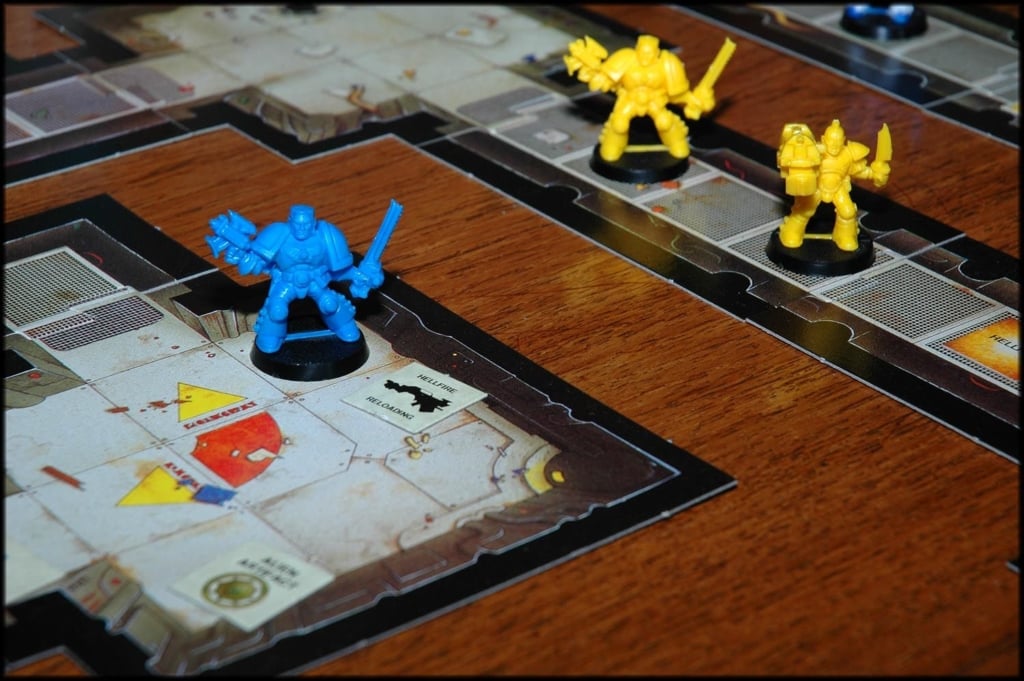 On each player’s turn, they will roll and move their Scouts around the ship and collect the artifacts. If they move onto an artifact, they carry it with them until they can place it back in their starting room. At the beginning of each of their turns, they roll for each artifact. On a 4, 5, or 6, the artifact teleports away. Otherwise, it remains, potentially to be stolen by other players. And once players start fighting each other, that’s where Ultra Marines gets creative.

In order to attack another Scout, the shooting player checks their unit card for how many dice that Scout rolls to attack. 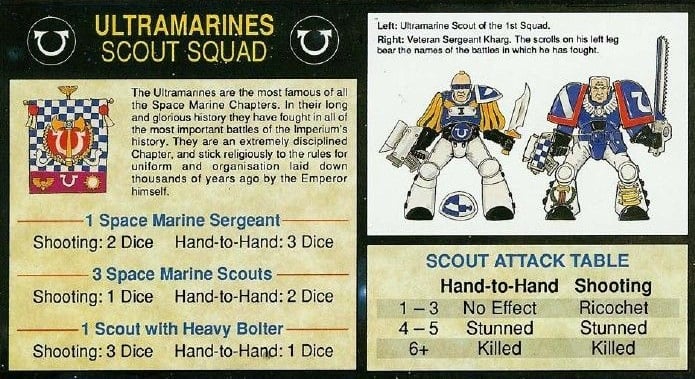 So they do realize Ultramarine is one word.

Then they take those dice and drop them from a height of at least 30 cm (so the rules state) into the box lid, where the Hit Chart is printed. 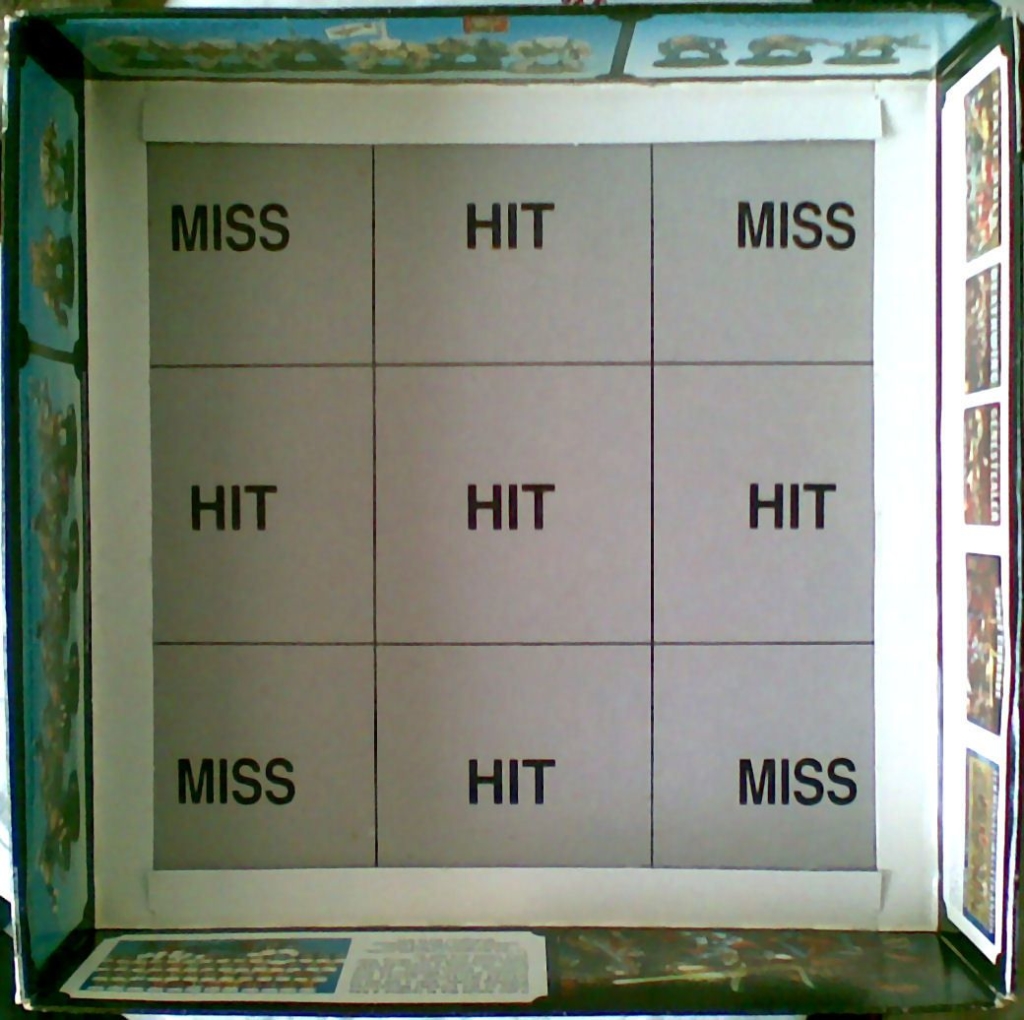 This is the greatest combat mechanic ever devised. Change my mind.

Any dice that land on a Hit, are considered to have hit their target. The player, again, checks their unit card and compares the value of the die which hit to the Attack Table, to determine the result of the attack.

Ricochet has no effect. Stunned forces that Scout to have a 50% chance to miss a turn and remains vulnerable to attack while Stunned, and Killed removes that Scout from for the remainder of the game. 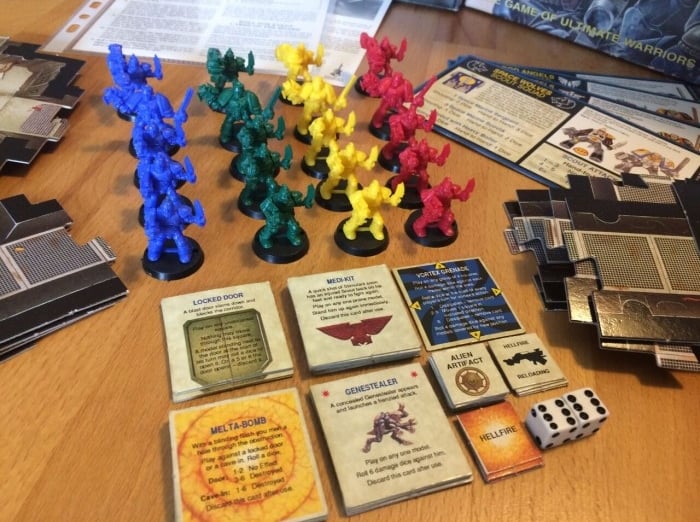 Finally, there are Event cards. These cards are used by the players and have a variety of effects. They can lock doors, cause cave-ins, provide equipment like grenades and medikits, spawn genestealers, and more.

Ultra Marines is definitely slimmed down. Granted, it’s targeting a much younger audience and, in that regard, I think it does a great job. Put aside your scoff at the dropped attack die system and think about how 10 year old you would view that system. I don’t know about you, but I’d love it, no matter what age. It’s a fun and goofy mechanic which I can imagine makes for some exciting moments.

Honestly, I don’t know why Games Workshop dropped it in favor of their newfangled roll to hit and roll to wound mechanic.

Bring back dropping the dice from a height of at least 30 cm!