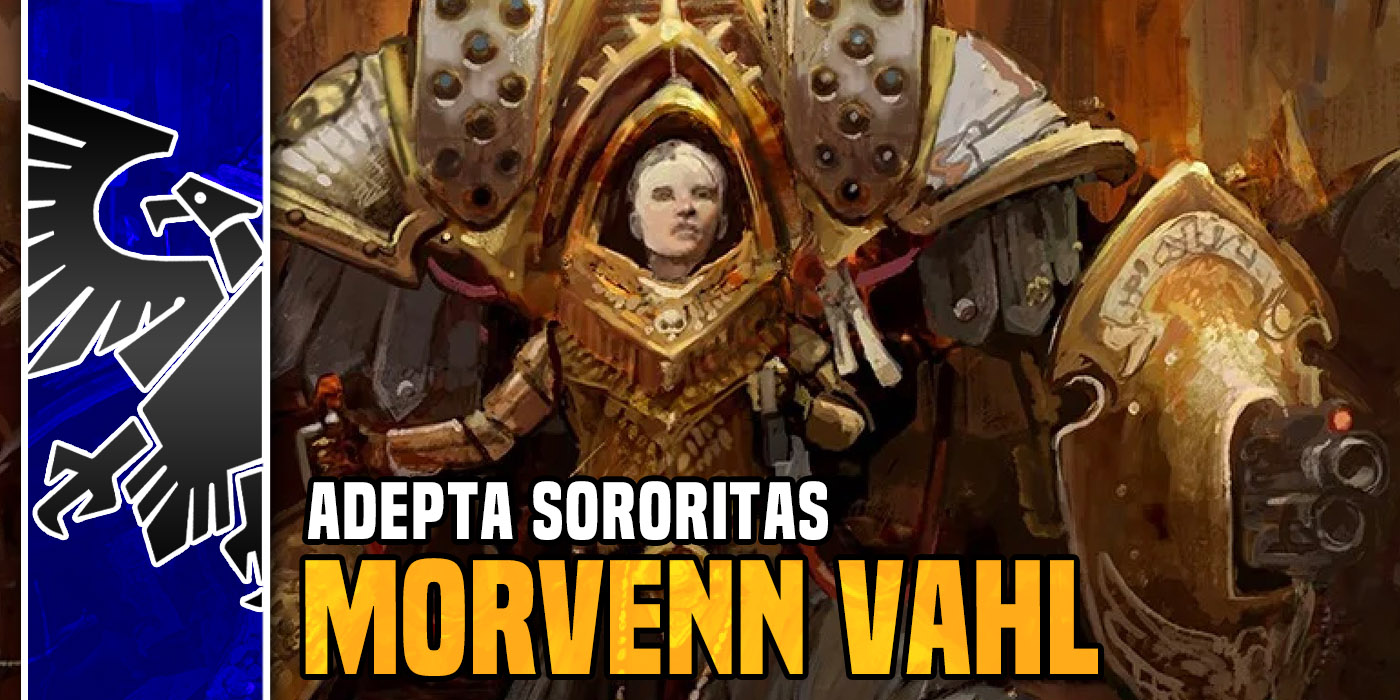 Let’s take a look at how crazy good Morvenn Vahl is.

Morvenn Vahl is new High Lord of Terra and commander of the Sisters of Battle taking the field in the latest Codex. Clad in a Paragon Warsuit she is an absolute beast of character. She’s also one of the few Supreme Commanders in the game, and delivers on everything you’d expect of one, lets take a look. 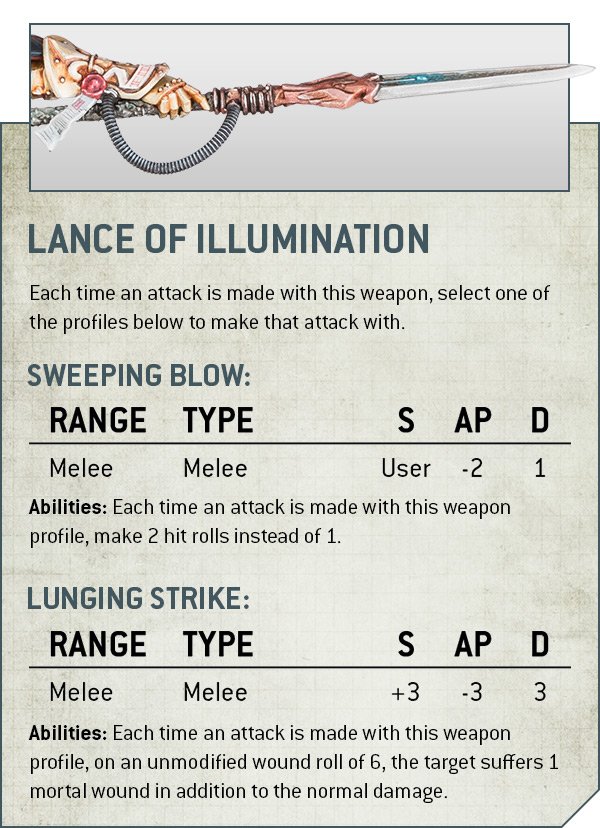 For a long time Sisters have been labeled as a close/mid-ranged shooting list with little long range shooting and little close combat. That’s slowly started to change over time with more and more dedicated close combat units being added to the army. Vahl might really push it over the top as she wrecks things in combat. Though she only has 5 base attacks, she makes the most of them. She can either chose to double her attacks to clear out infantry, or deliver powerful blows with a max of 20 D. Moreover, if she is your warlord she’ll be rerolling all hits and wounds, meaning those blows are going to hurt, she can easily blow through a unit a turn. Also once a game she can just fight twice, ouch!

But Also Good At Shooting 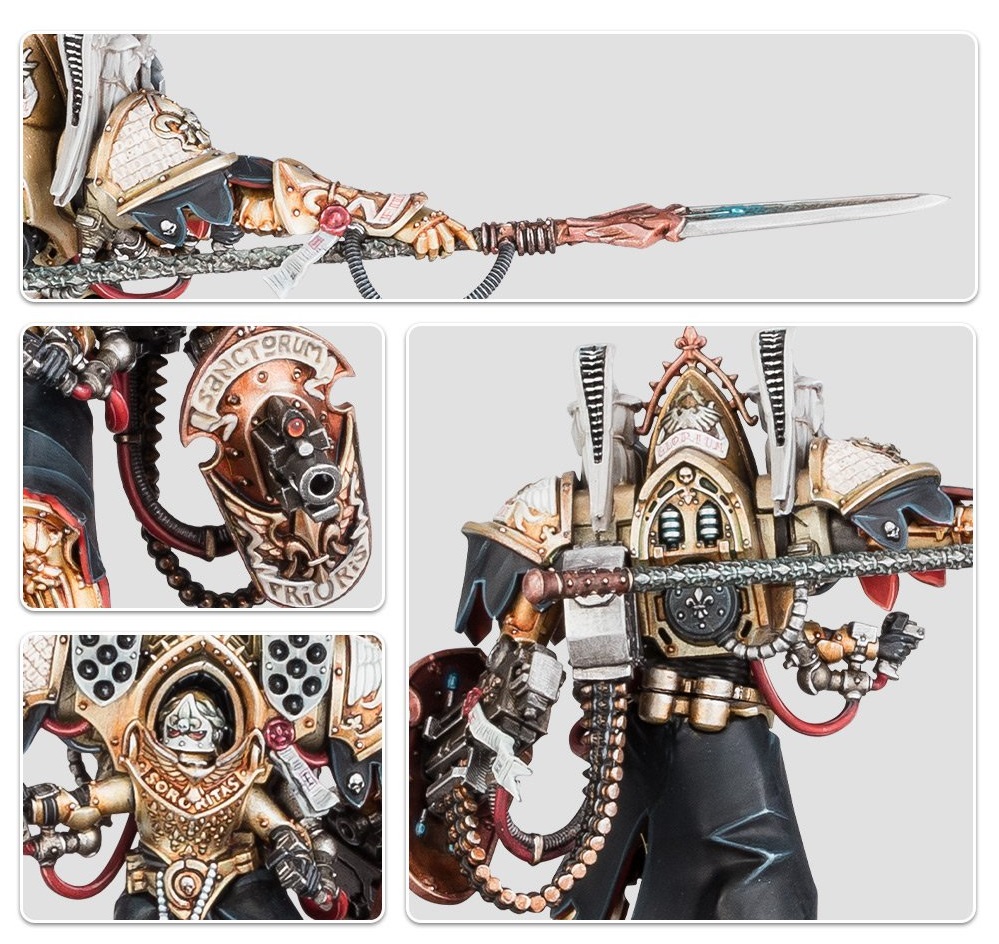 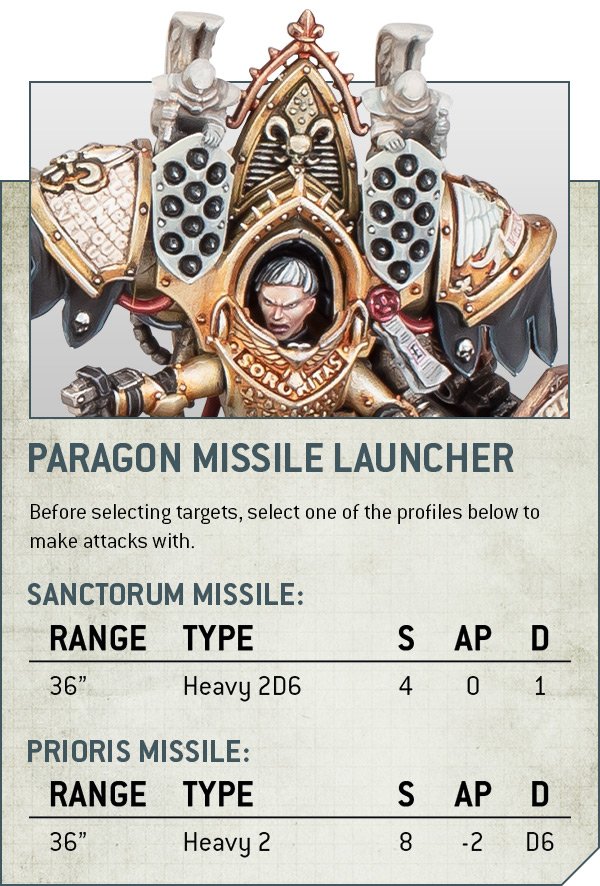 While she may beat face in combat, Vahl is no slouch in shooting either. She comes with what is effectively a souped up heavy bolter and a pair of rocket launchers. In the same manner, as her close combat attacks, this gives her the potential to hurt almost any kind of target, she can take down a squad of cheap infantry, or blow through a Marine unit, she can even mess up enemy armor. This makes her a fun and active model that isn’t restricted to just doing things in one phase. 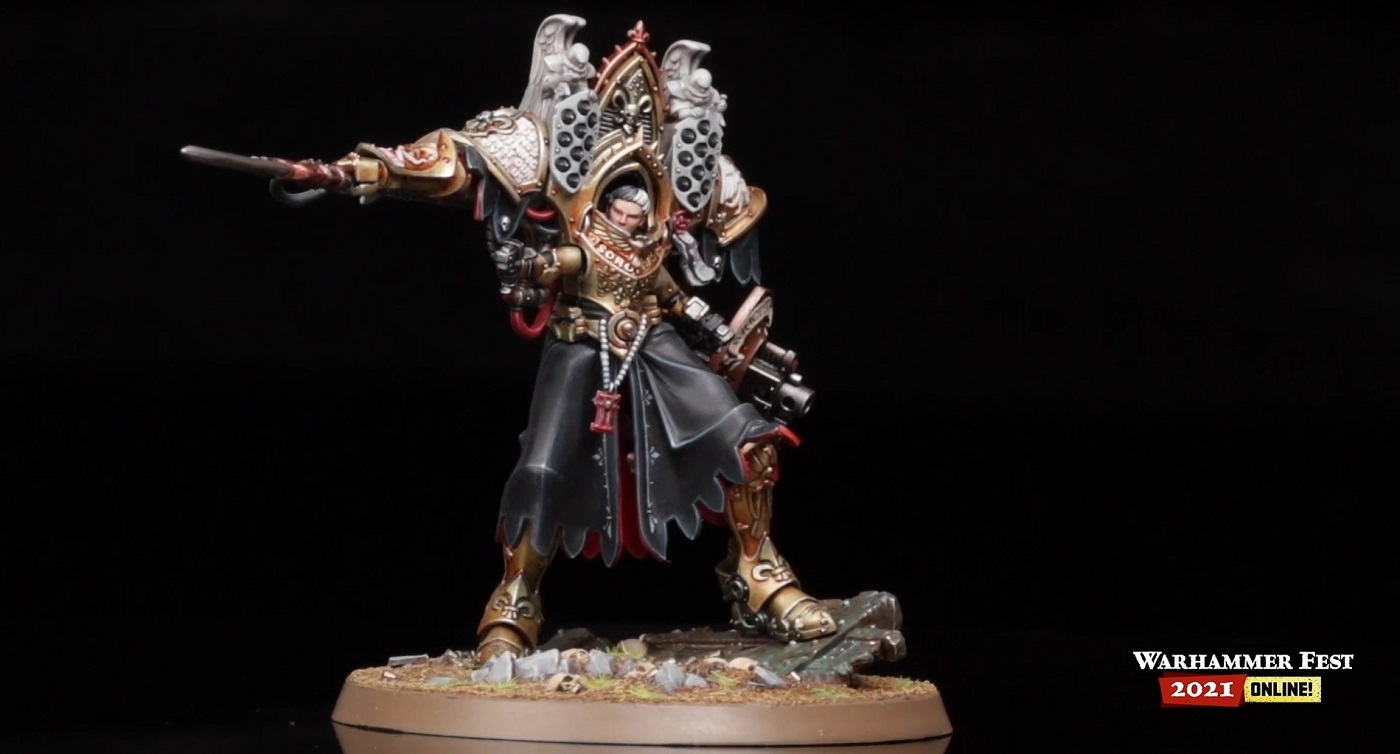 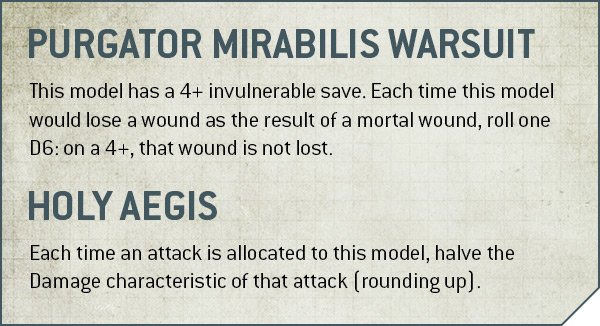 It’s always disappointing when you’ve got a big centerpiece model and are all excited to play with it and then it just gets blown up right away. GW has tried to counter this with the old “unit can only take X wounds in a phase” rule. It’s a rule I find lazy, non-sensical, and not much fun for anyone. Luckily Morvenn avoids both pitfalls by being durable but not magically immune.  Due to having only 8 wounds she benefits from Look out, sir! On top of that, she’s got a 2+4++ and halves incoming damage. She even has a save vs mortal wounds. All this means she’s likely to stick around for a bit and a well protected Vahl is going to be extremely hard to remove. 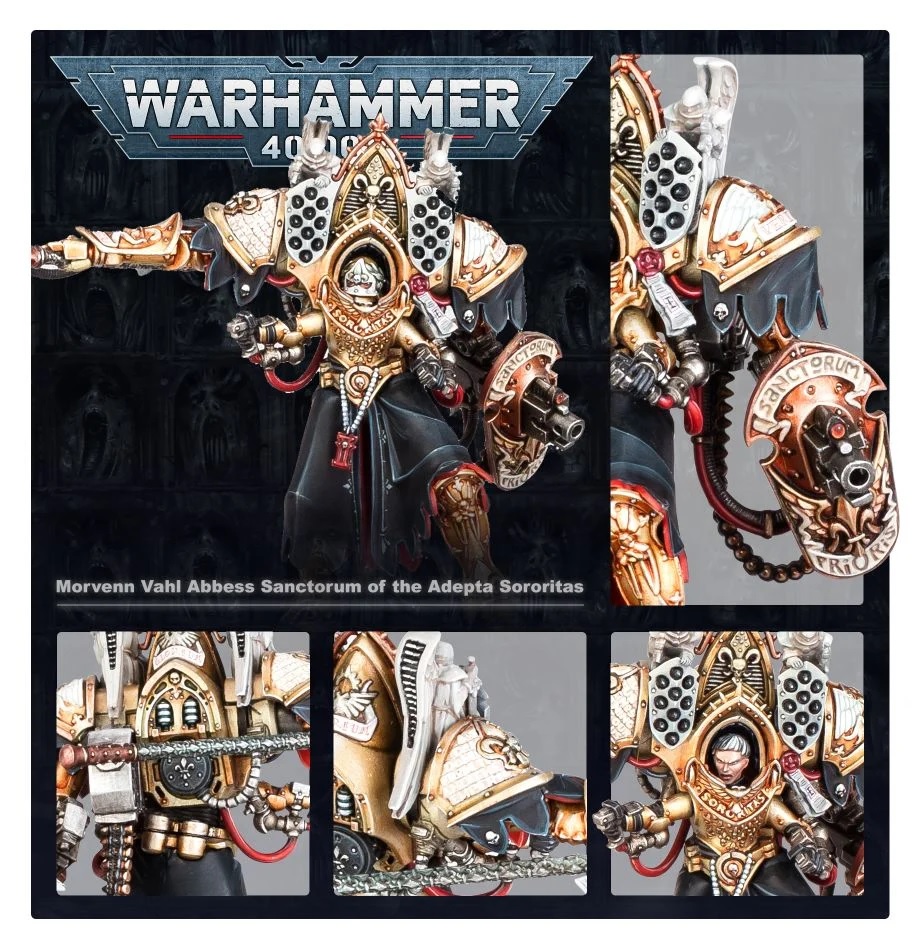 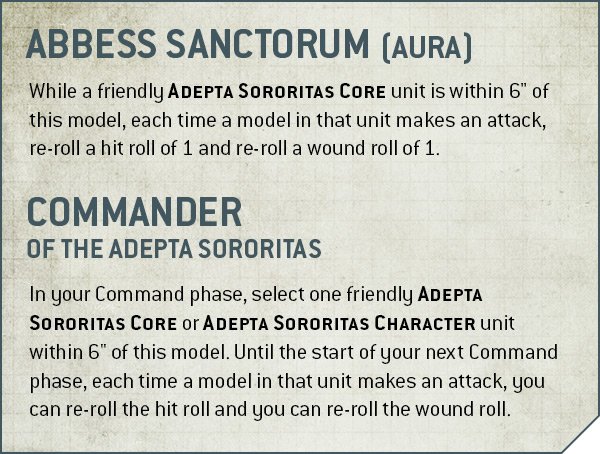 Morvenn isn’t just strong on her own, like you’d expect of any good commander she also buffs the heck out of friendly troops. Vahl provides a wonderful re-roll 1s on hits and wounds aura to friendly Core Sisters within 6 inches, thus acting like both a Canoness and a Platine. On top of that she can pick a core unit in the Command phase, and let it re-roll all hits and wounds. These powerful abilities make her a great addition to any Sisters battleline.

What A Supreme Commander Should Be 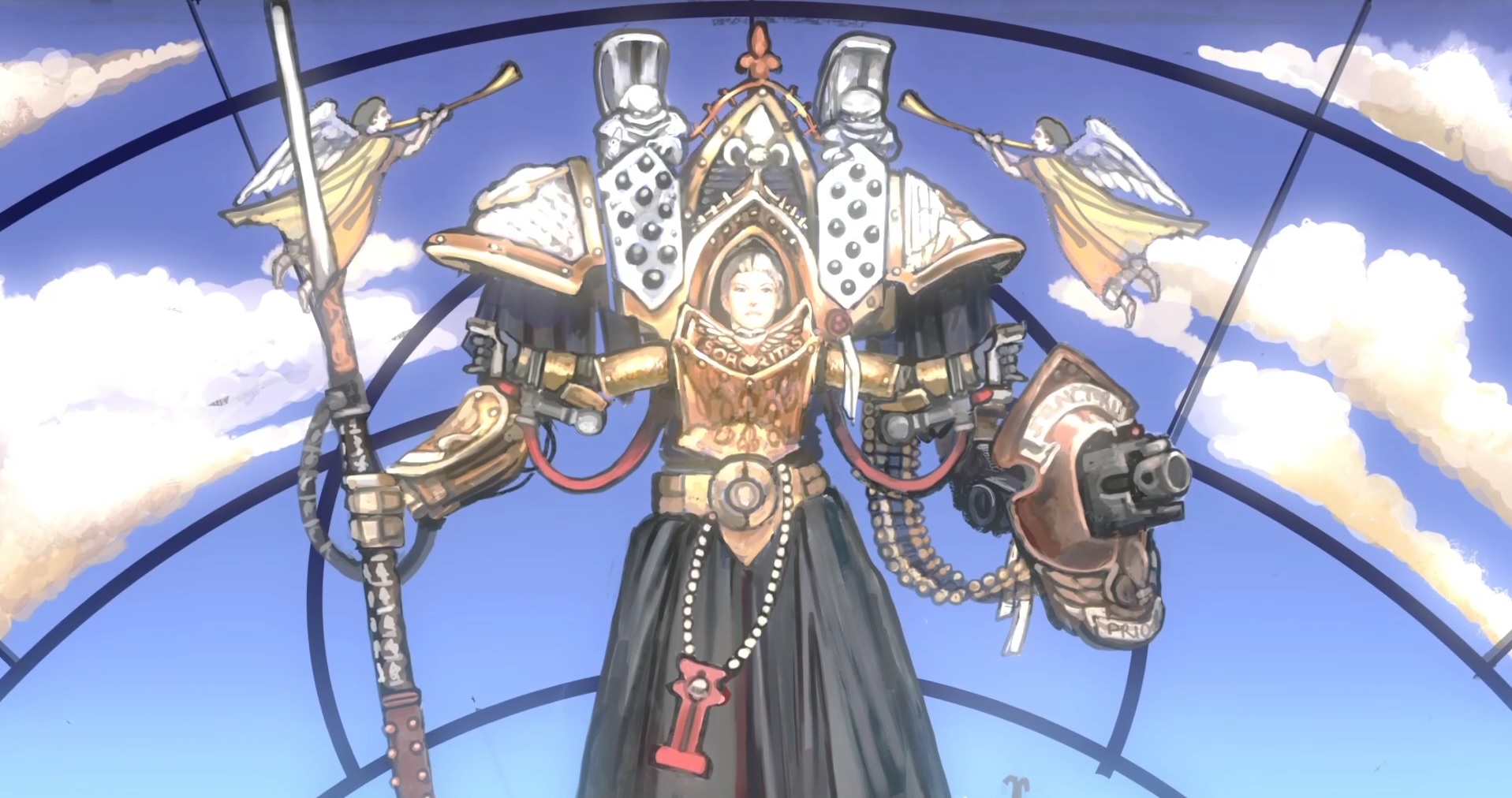 All of this comes together to really make Vahl be what I think a supreme commander or “super unit” should be. She’s durable, but not invincible. This means you are very likely to get some use out of taking her, and won’t feel cheated, but a good enemy can kill her. She is strong, but not the strongest in combat and shooting, with plenty of units having better damage output. She’s also a model that is always active, with the exception of the psychic and moral phases she’s doing something all the time. She can command, move, shoot and fight. She’s not a one trick pony that just needs to run at the enemy. She’s also not particularly complicated. I don’t think she’s broken, but she is really good, and really lives up to what this class of character should be, making her a solid choice for any Sister army.

Let us know what you think of Vahl, down in the comments!