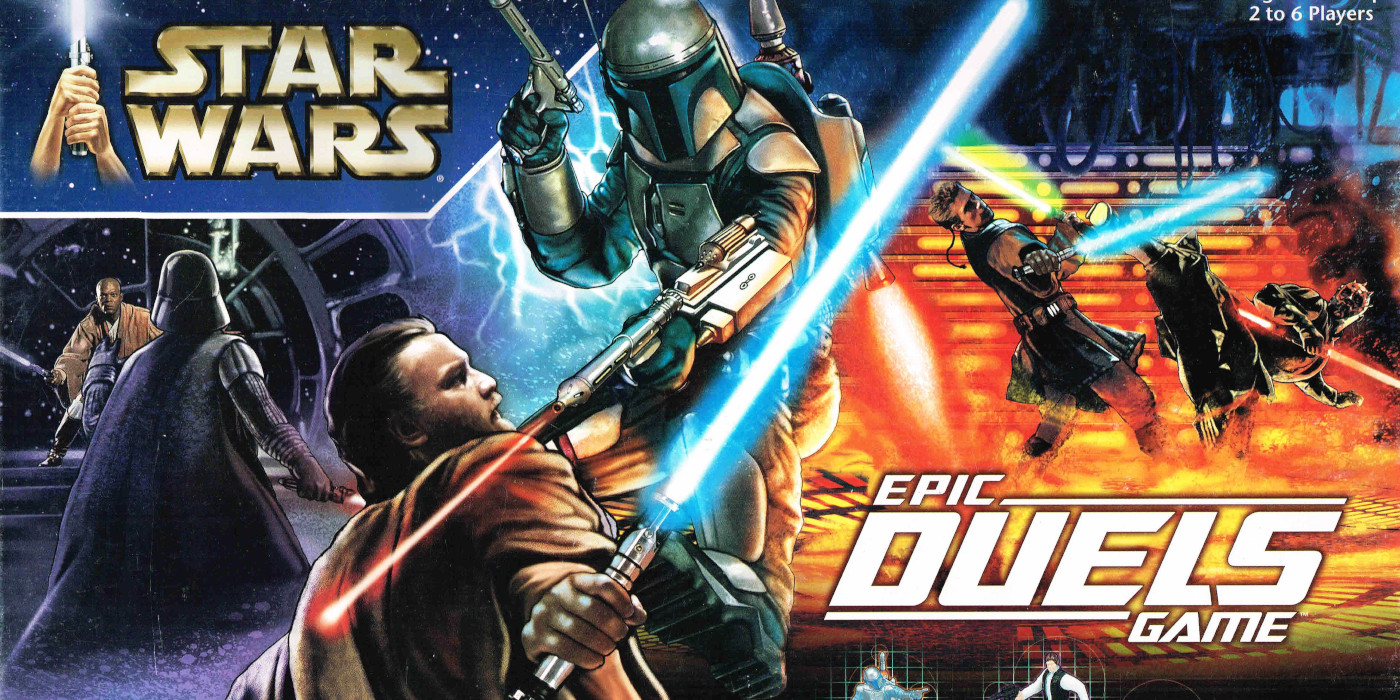 Ever wonder who would win in a fight between Yoda and Han Solo?

Besides the fact is it would obviously be Yoda, let’s pretend and say yes, you have wondered that before. Well, good news, friends! You can find out for yourself with Star Wars: Epic Duels. 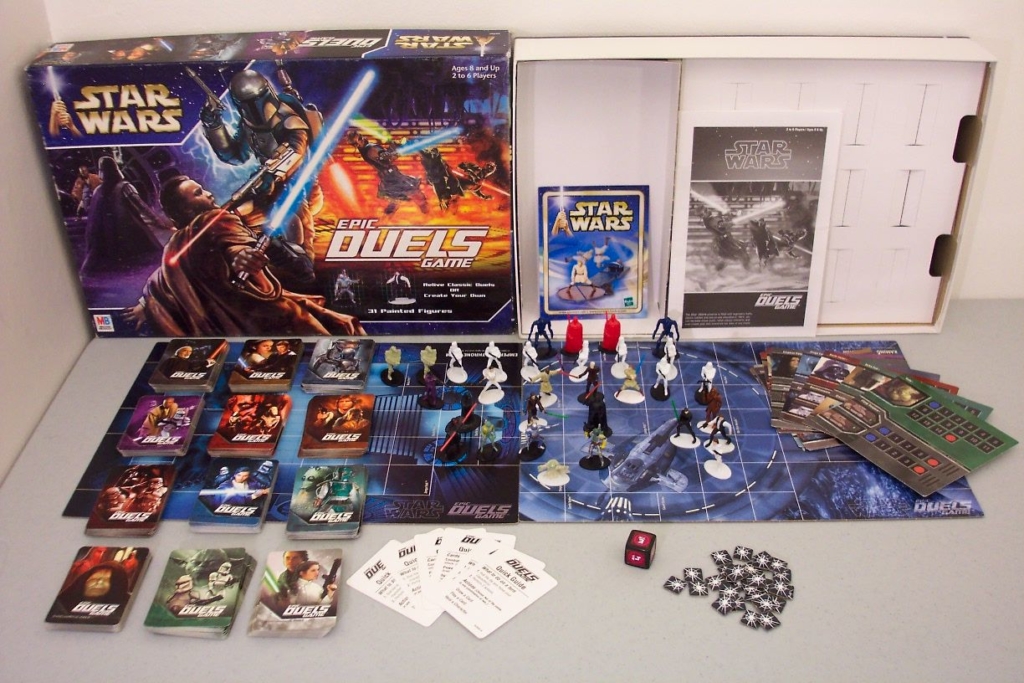 Star Wars: Epic Duels is a competitive arena battle game released by Milton Bradley in 2002. Each player controls a small team of usually two or three, for example, Han and Chewie, or Yoda and 2 Clone Troopers. Each of the 12 teams has a unique deck of cards and player board to track health.

On each player’s turn, they roll to determine how many of their team can move and how far. After that, the player can do 2 actions of: 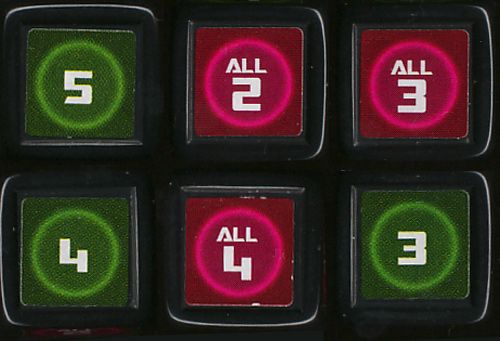 Drawing is simple, just draw a card from your deck. Up to a maximum hand size of 10. Healing is also pretty simple, discard a character card to heal them for 1 hit point.

Playing a card is the bulk of the game. There are 3 types of cards: Combat, Power and Special. 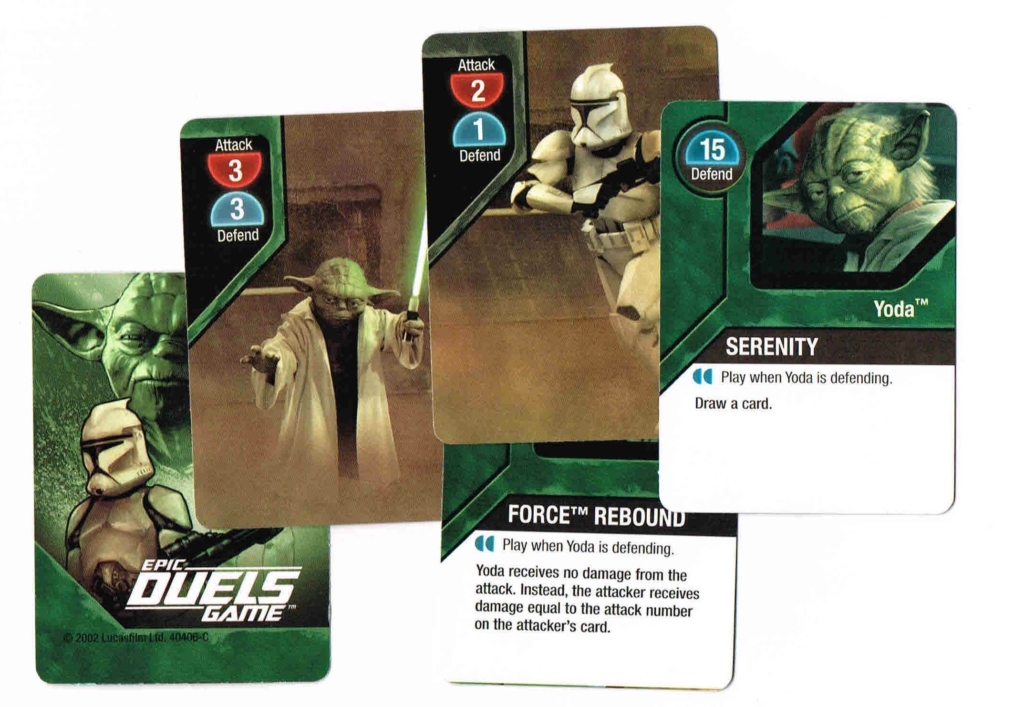 Combat cards have an attack and defend value on them. Each card shows which character can use it and if the character is holding a blaster, they can attack from range. Otherwise, all attacks are made against an adjacent target. When an attack is initiated, the defender plays their defend card before the attacker reveals their combat card. The defend value is subtracted from the attack value and the defender takes that much damage.

Power cards work just like Combat cards, but have some added effect or restriction, but are usually more powerful. Regardless, they are always used in combat.

Unlike Special cards which can do basically anything, like bonus movement, draw cards, peek at your opponent’s cards, or even cause damage. Some special cards even grant bonus actions! 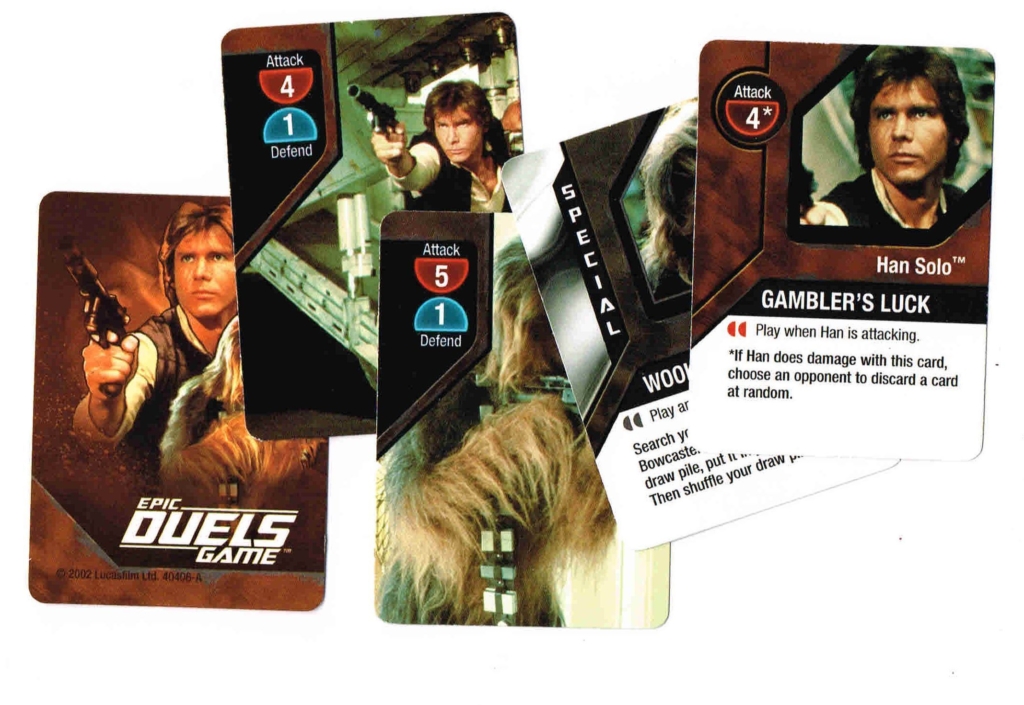 The game is played either in a free-for-all style battle royale, or with teams. The first player or team to fully eliminate all their opponent’s main characters wins the game!

Star Wars: Epic Duels is not a complicated game, but that’s what makes it fantastic. It’s a great foundation for expansions (of which there are plenty, official and fan-made) and doesn’t take long to play. It’s quick, punchy, and fun. It’s a rare collectible now, but if you can find a copy for cheap (or print out your own), you’ll be happy you did.

What two Star Wars characters would you want to see duel?