The Birth Of Magic: The Gathering – PRIME 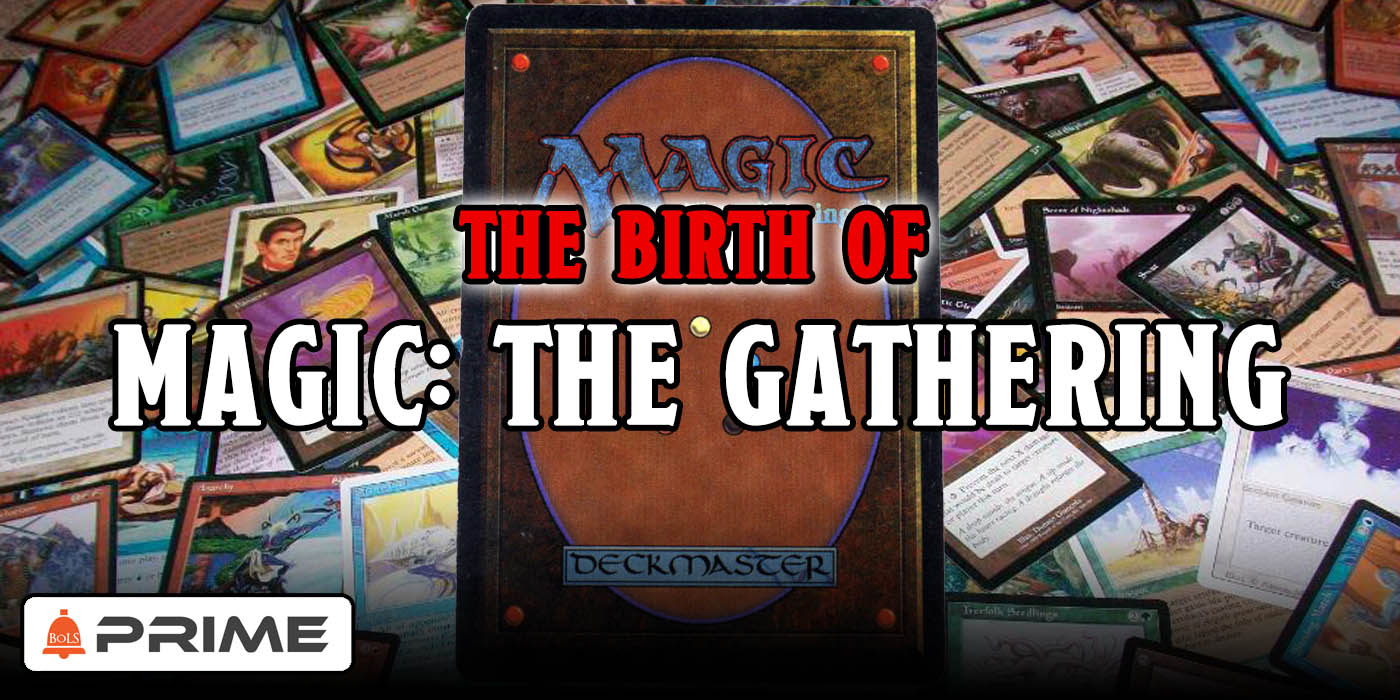 Magic: the Gathering saved roleplaying games, and that’s not even hyperbole. If not for Richard Garfield’s game, we wouldn’t have D&D today.

Magic: the Gathering gave Wizards the Coast license to print money–and print it they did, making enough to pick up D&D as a vanity project. While WotC spent a few years spinning up the engines and would eventually release 3rd edition, which was beloved by an entire generation of gamers, Magic: the Gathering was far and away more successful. Without Magic: the Gathering propping it up, D&D 3rd Edition and the experimental Open Gaming License might not have reinvigorated tabletop gaming. But where does it all begin? Come back to the halcyon days of Magic’s beginning as we take a look at the first gathering… of magic. 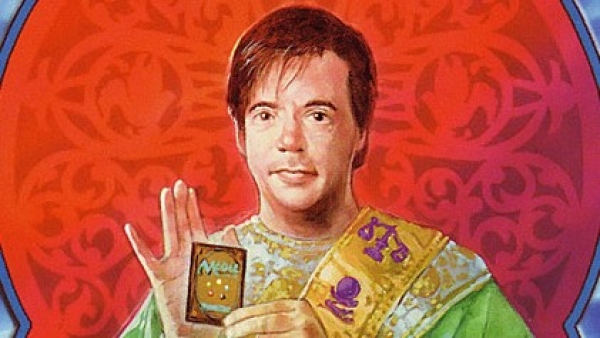 Funnily enough, the story of Magic: the Gathering starts with Dungeons & Dragons. Richard Garfield, like most 13-year-olds in the time of D&D who also really loved games of all stripes, was curious about D&D. But back in those days, Dungeons & Dragons spread through whispers, rumors, and magazine articles and could be hard to come by. When Garfield’s FLGS didn’t have a copy, Garfield, rather than giving up on D&D decided to develop his own version of the game.

He developed a game based around what he believed D&D to be from descriptions of the game–he had heard that you moved from room to room and find monsters, but Garfield’s version was more like clue, as Garfield explained in an interview with the New Yorker:

The game he devised was nothing like D. & D. “It was more like a Clue board,” he recalled. “You could move around the map and go into different rooms and then there would be monsters in these rooms.” You could also “win” in Garfield’s version. When the zine-like D. & D. manuals finally arrived, he was astonished to discover that you could keep playing the game indefinitely. Players would collectively tell a story about their characters wielding enchanted swords or picking locks, with dice rolls deciding many of the consequences. “It puts players in the position of game designers,” Garfield told me. The books themselves “were dreadfully written,” he said. “The game was very hard to learn from the rules, which is something it shares with Magic, I guess, but its brilliance shone through.” 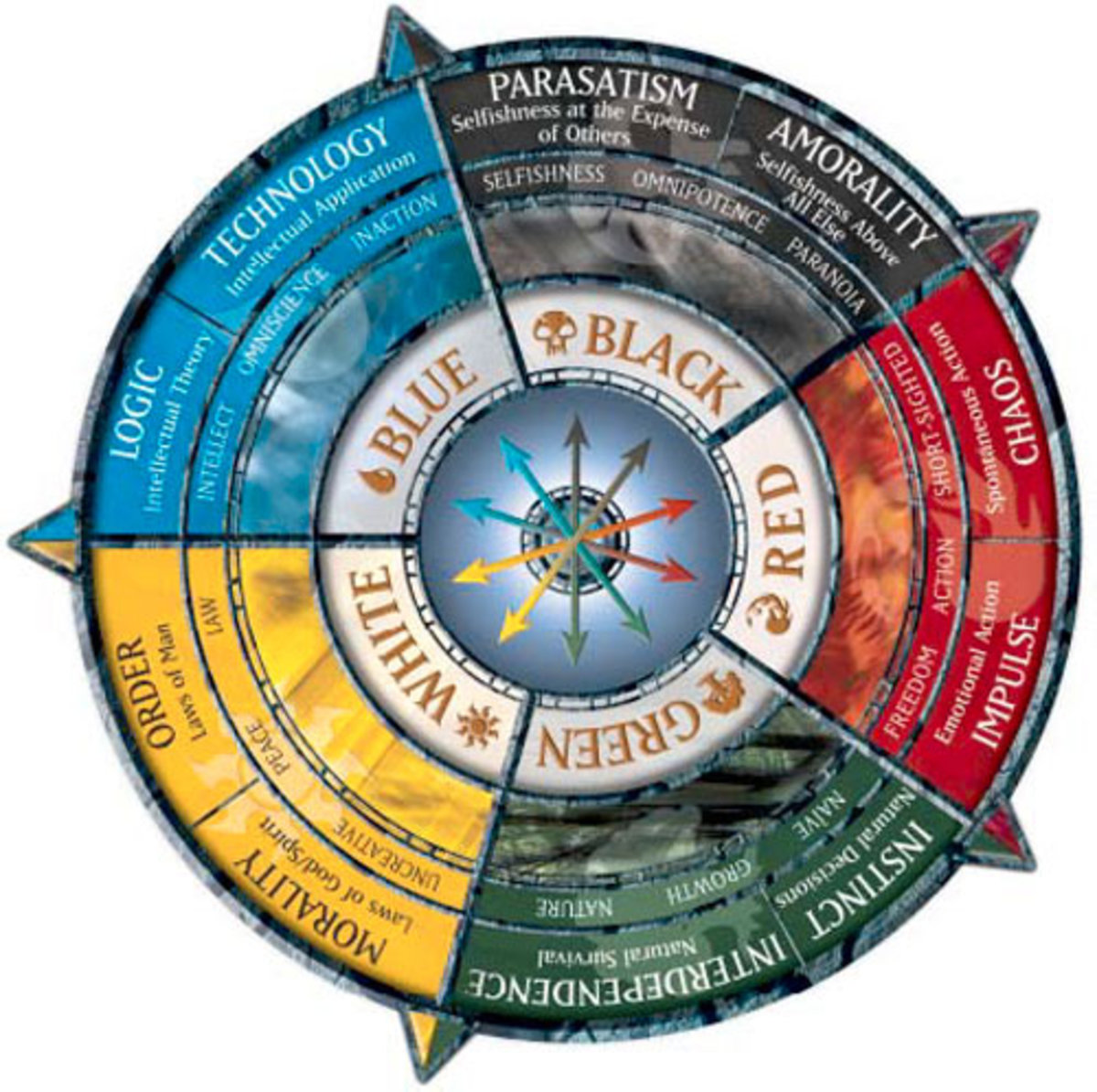 The brilliance of the game shone through indeed, inspiring Garfield to develop another game, called Five Magics which is based around elemental characteristics flavoring “colors” of “energy” that emanated from different geographical regions:

The colors shifted around, but, eventually, red aggression came from mountains, black ambition from swamps, blue rumination from islands, white orderliness from plains, and green growth from forests. 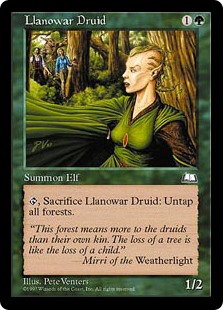 Garfield’s homebrewed game was an ever-shifting mess of rules and versions. Sometimes Five Magics was a board game, sometimes it was a card game, sometimes you collected victory points to win, but none of these formats found purchase. It wasn’t until Garfield had a meeting with Peter Adkison, gaming entrepreneur and CEO of the newly formed Wizards of the Coast, that the inspiration for a portable card game would strike. Adkison pointed out that people might enjoy having a game to play while waiting in line or after hours at conventions that drew huge crowds of potential Magic players looking for collectibles like comic books and toys.

From this, Garfield realized that a card game was only part of the equation. If players were able to find a way to express themselves via the cards they used and the strategies they employed it would bridge the gap to roleplaying games, capturing the lightning in the bottle that Garfield had tried to capture with his initial design of Five Magics:

People playing a game like Five Magics could separately collect different cards, have different decks, and come up with different strategies from those decks. In doing so, they could transcend the game itself and express, in the midst of calculations concerning goblins and demons and angels, something that would be unique to them: an identity.

Garfield had discovered a way to bring roleplaying to his card game and the gates were open. As Garfield put it: “Magic [was] closer to roleplaying than any other card or board game I know of,” a statement that inspired Adkison to write a Usenet post, and the rest, as they say, is history.