Age of Sigmar: More Dragons On The Way For Stormcasts – Field An Entire Dragon Army 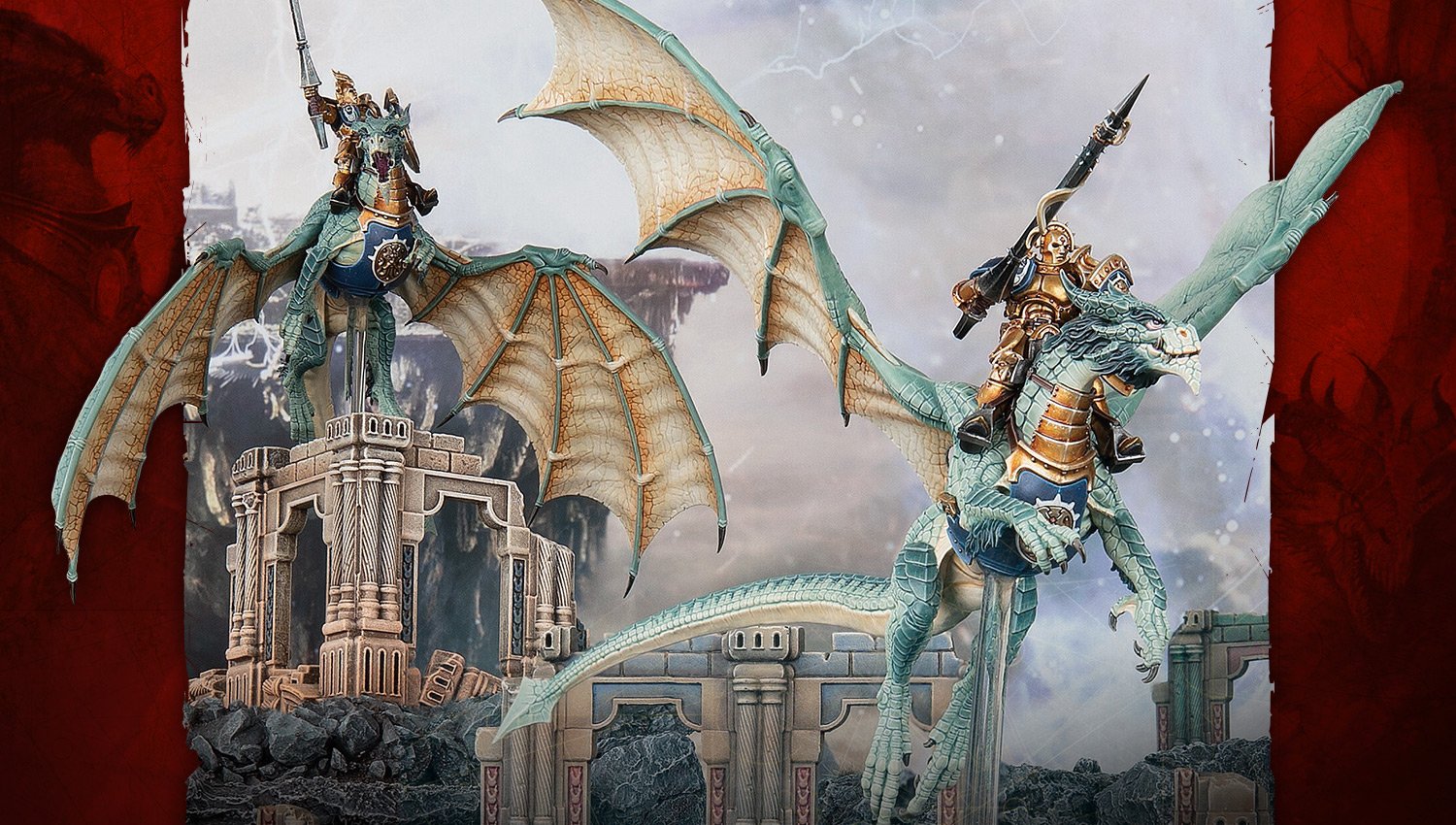 Do you like dragons? Sigmar sure hopes you do because there are even MORE dragons on the way for the Stormcast Eternals.

Games Workshop has revealed a new batch of Dragon-riding units for the Stormcast Eternals. Get ready for an entire dragon army option on the tabletop with the new Stormdrake Guard!

“There’s so much we want to say about the Stormdrake Guard (and we will) but here’s the single coolest thing about them – if you take a Knight-Draconis as your general, your Stormdrake Guard units become Battleline. And you know what that means? An all-dragon army.” 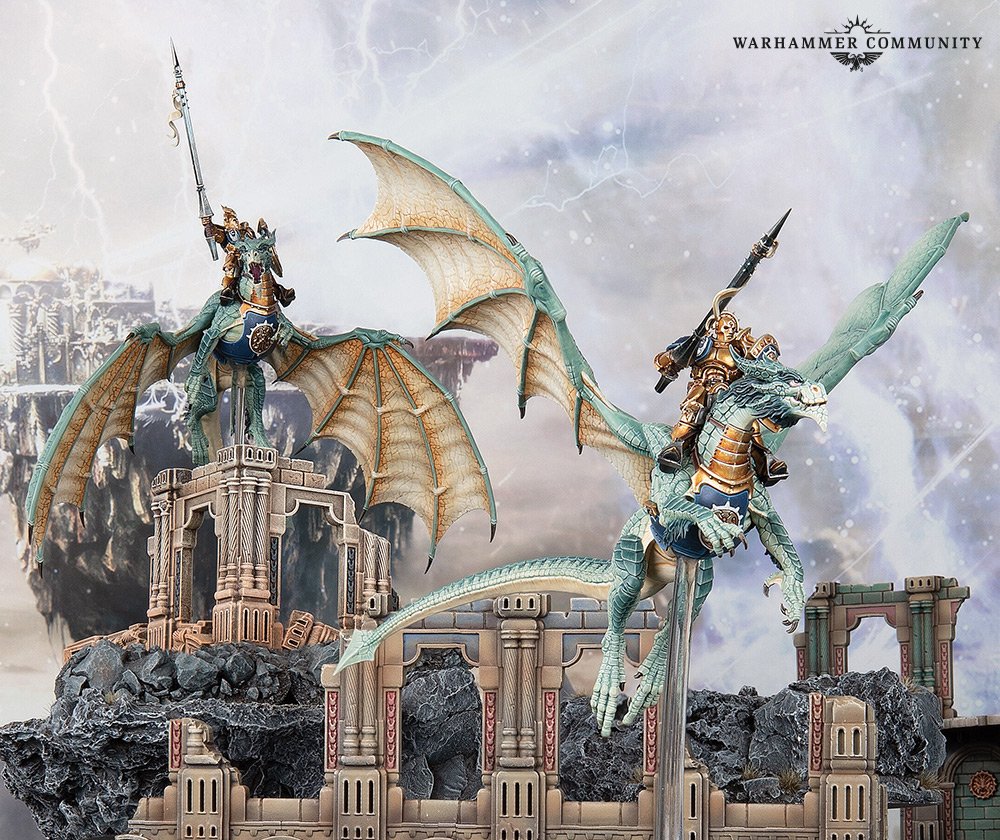 So who’s this fancy new Knight-Draconis? Check it out! 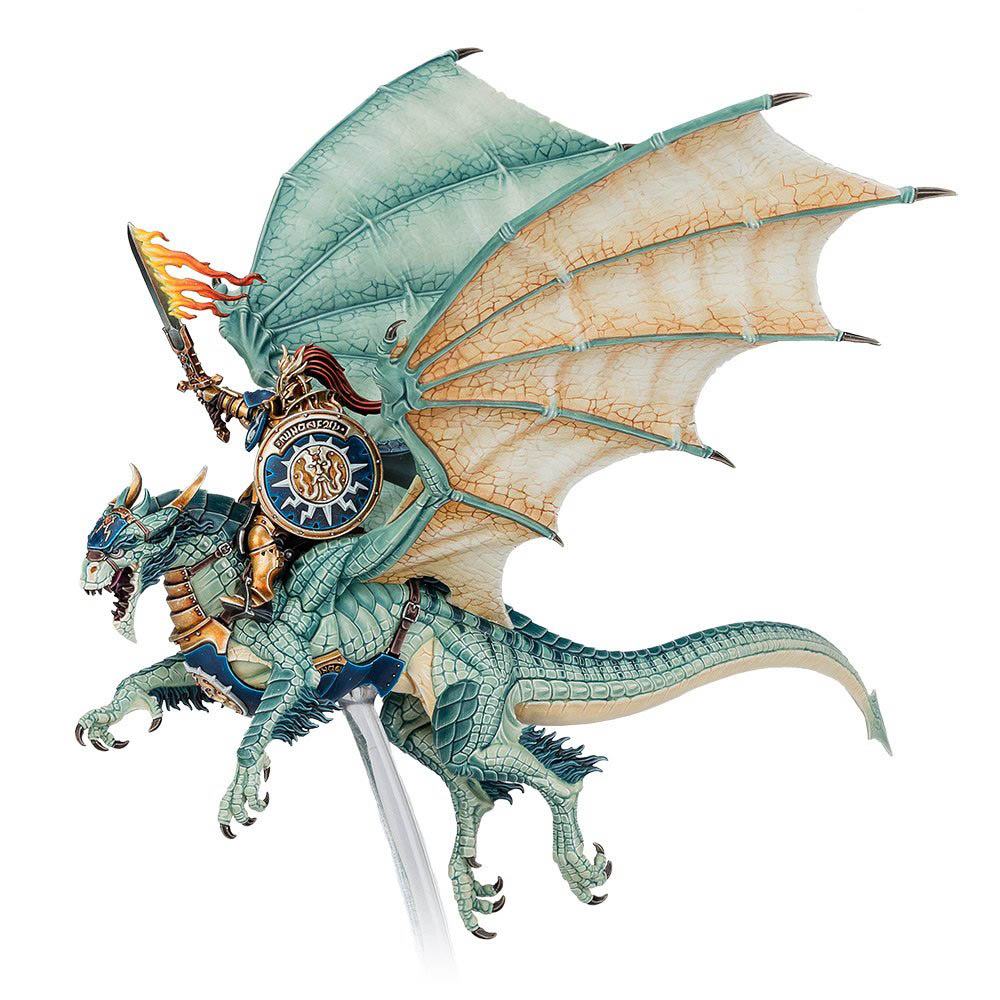 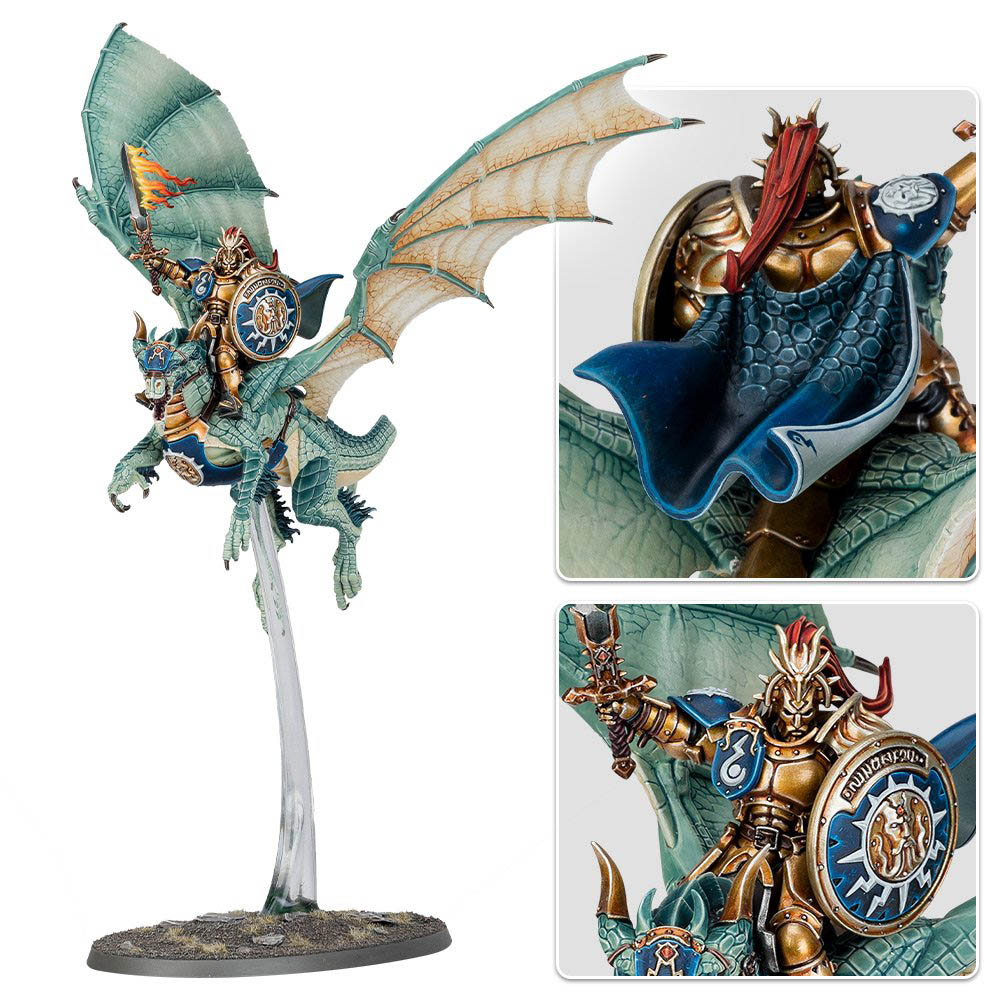 Flaming Sword? Svelte new armor? And Oh yeah…A DRAGON! Check, check, CHECK! If this hero is your general, then you’ve got the key to unlock an entire dragon-riding army which is pretty darn cool.

“Stormdrake Guard are Stormcast Eternals who have forged a symbiotic relationship with their Draconith mounts. Clad in thunderstrike armour and adorned with a rare Draconith beastmark, these warriors can be armed either with a drakerider’s lance or drakerider’s warblade.” 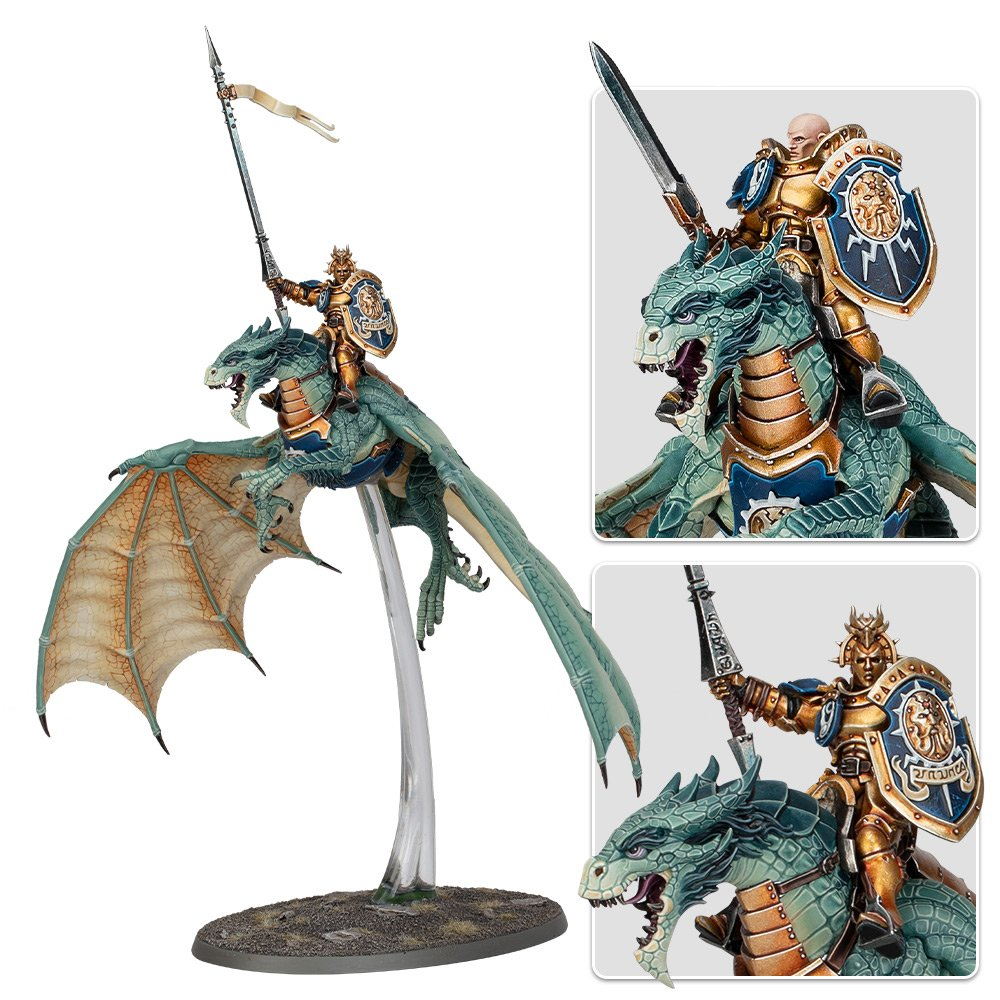 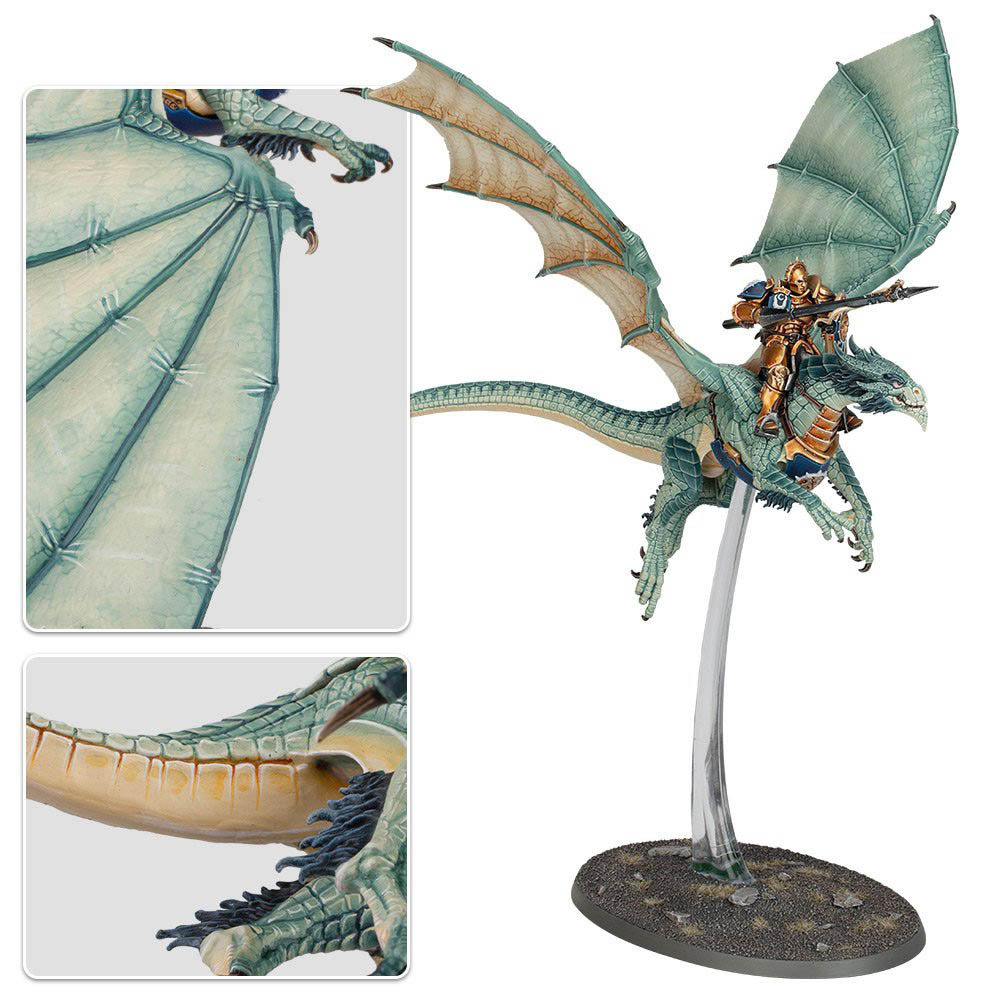 These models look pretty amazing. I can’t wait to see what they look like on the tabletop and I really want to know what type of rules they will be packing. I’m curious if these are going to be on par or better than the Chaos Varanguard. It seems like Sigmar does prefer these more fantastical mounts vs horses. That’s a good thing in our book because it makes the army different and more unique.

We’ll have to wait and see what type of synergy these units have with the other dragons – if any. Still, the possibility of an entire army of Dragonkins sounds pretty freakin’ cool! 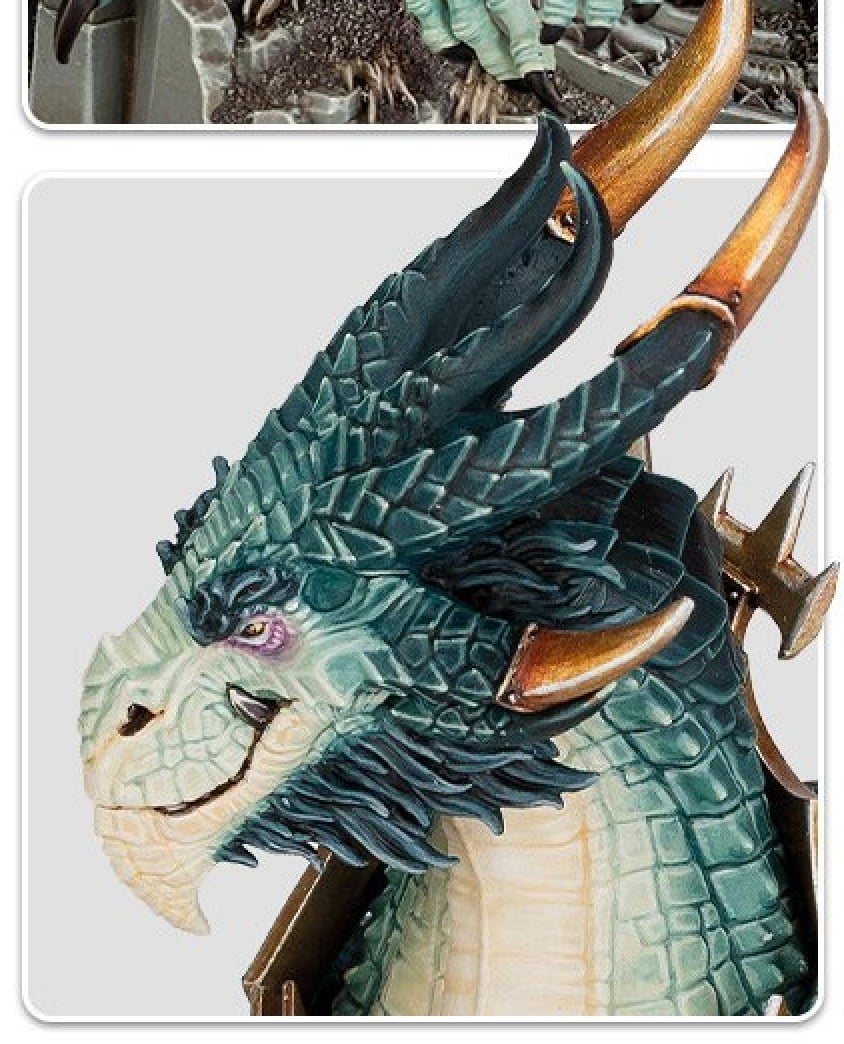 Now we know what that smirk was for…

Anyone else feeling very tempted to get on the dragon-bandwagon!?