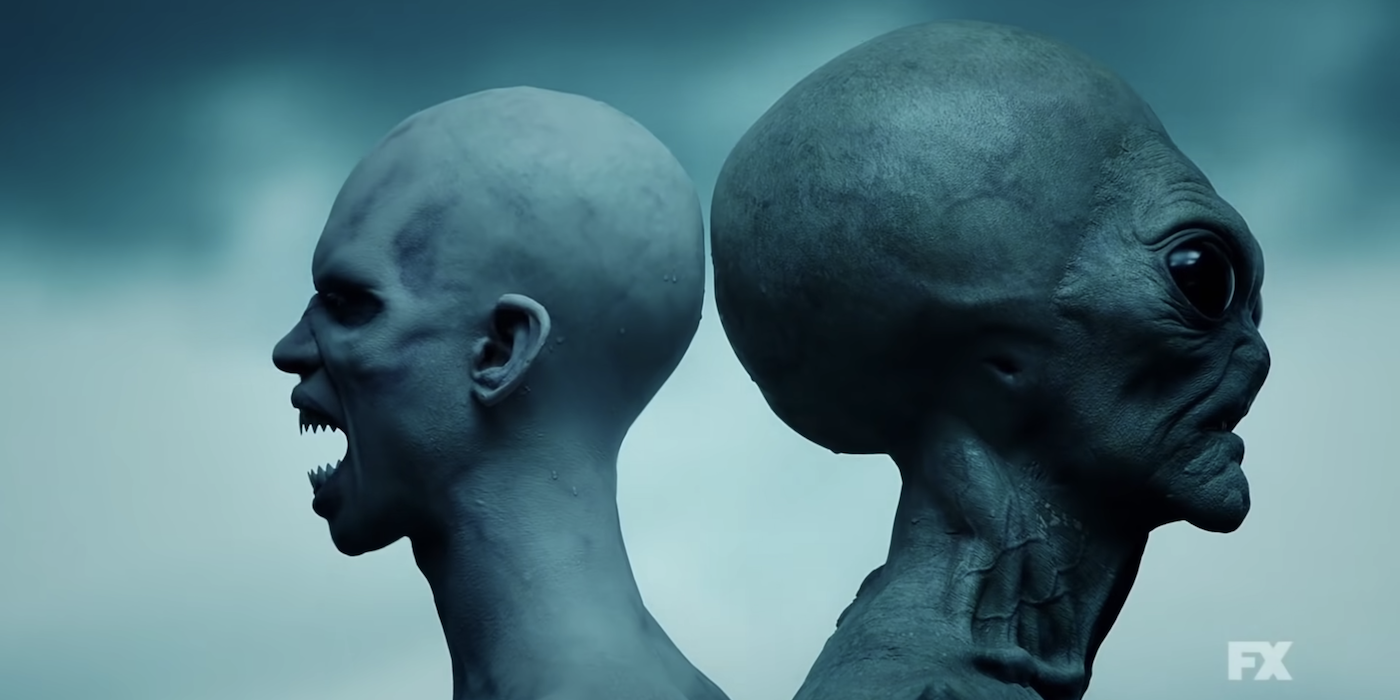 After more than a year, we get not one, but two new seasons of American Horror Story.

The first season, airing on August 25th, will take place by the sea, the second in the sand. Back in April, AHS fans took a Twitter vote on which horror motifs would star in Double Feature: aliens, Bloody Mary, sirens, or the plague. Of course, the two winners were a natural fit for a double feature. 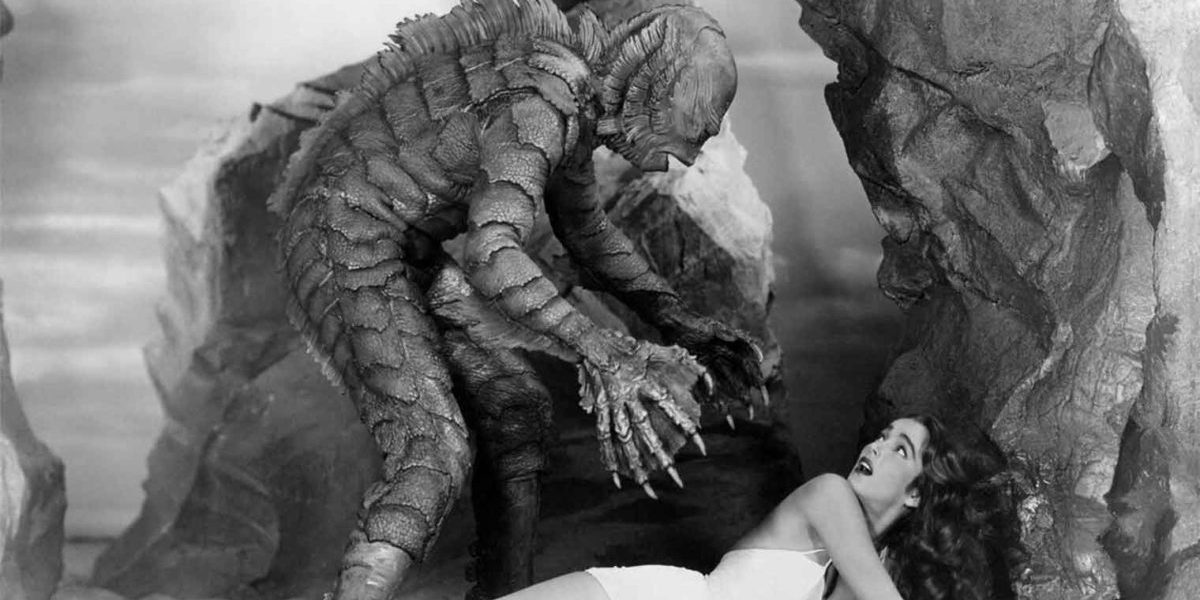 The Creature from the Black Lagoon, courtesy of Universal Pictures.

To bolster ticket sales at the beginning of the Great Depression, movies were paired in two-for-one double features. Major film releases were called A-movies, and the shorter, lower-budget films were called B-movies.

During the 1950s, these B-movies began playing as features at drive-ins. Often they were monster movies and science fiction films like Creature from the Black Lagoon and It Came From Outerspace. Over time, these films have gained their own kind of cult appreciation, and the writers of Double Feature may be drawing some inspiration from them. 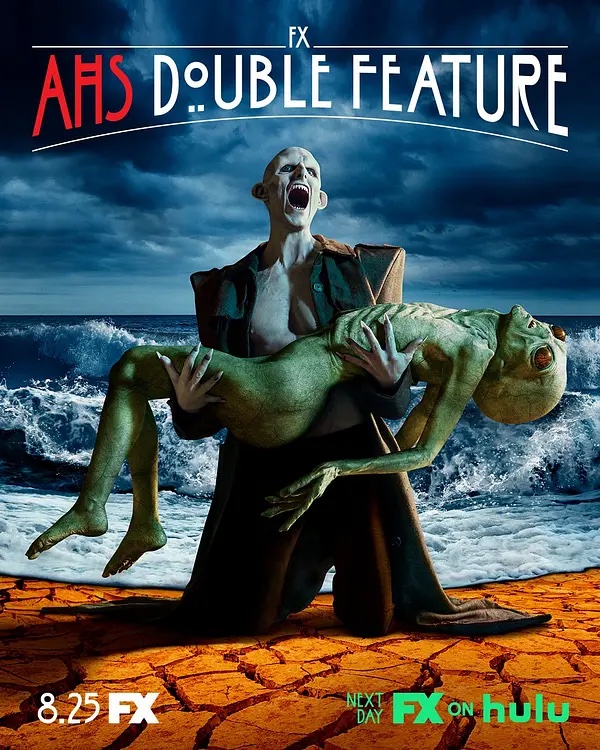 Everything We Know About Part 1: “Red Tide”

We know that the main monster in this season will be a mermaid or siren. And according to the FX website,  we’ll see “a struggling writer, his pregnant wife, and their daughter move to an isolated beach town for the winter. Once they’re settled in, the town’s true residents begin to make themselves known.”

We can also guess that the series will take place in the 70s. Ryan Murphy says there’s a clue in episode 8 of 1984, during which a tabloid reporter says that readers in the 70s were only interested in monsters and aliens. Another picture from Murphy’s Instagram shows Leslie Grossman and Macaulay Caulkin serving some furry, fabulous 70s garb. 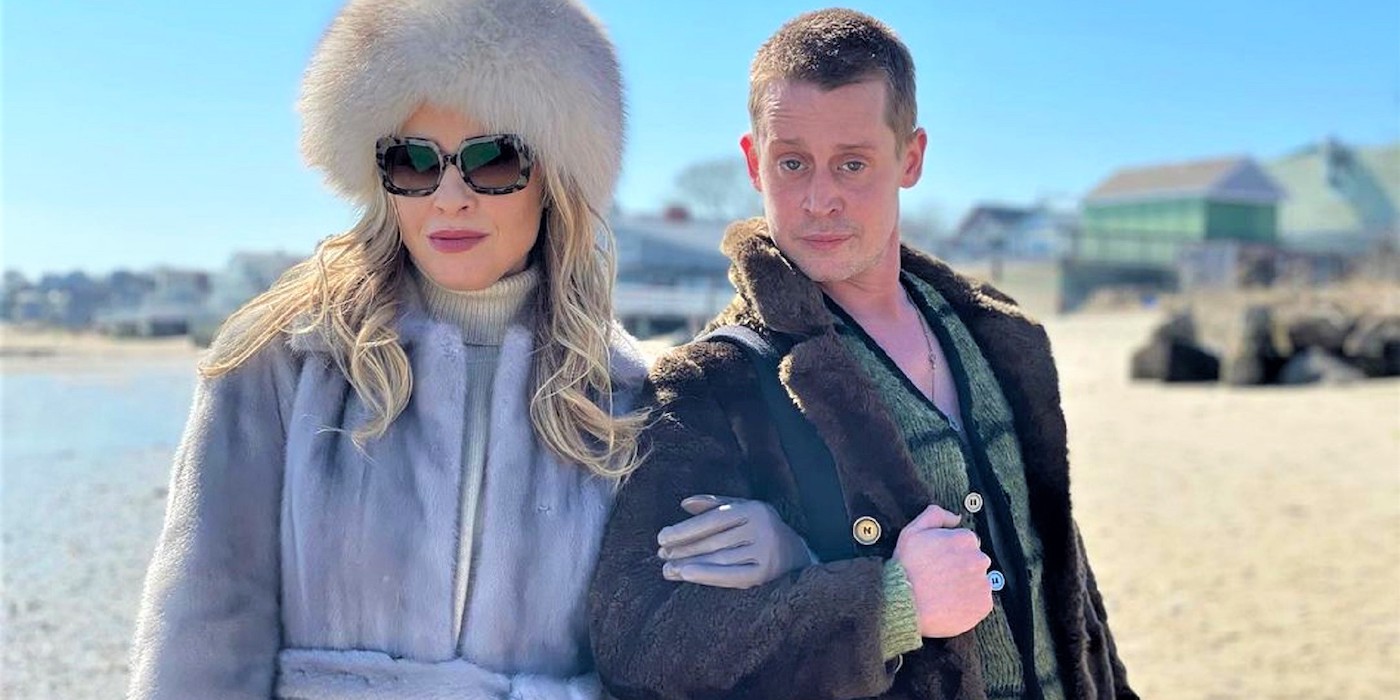 As far as the part 1 name, “red tide” is a term for harmful algal blooms, or when colonies of algae start producing overly large amounts of toxins into ocean water. They can turn the surface of the sea a reddish color and are often followed by dead ocean creatures and other animals washing ashore. 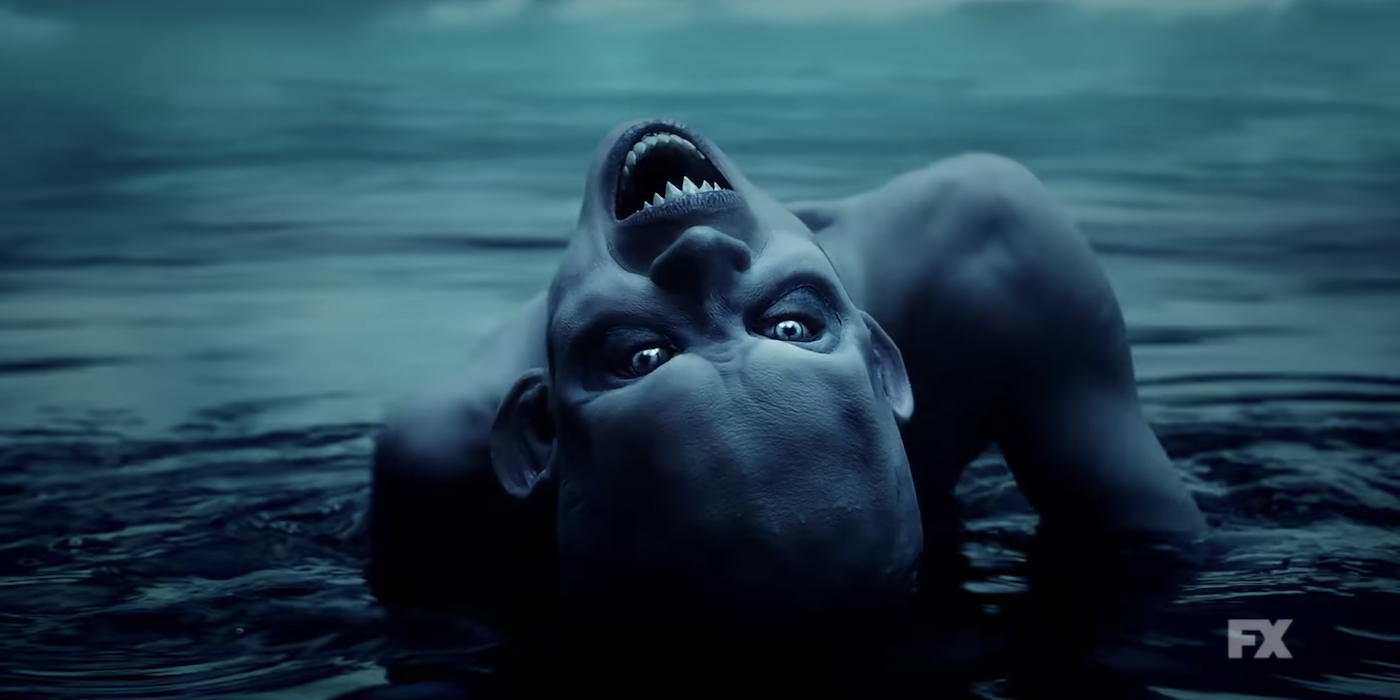 Imagine that washing up on the beach, courtesy of FX

We also know that the show was filmed in Provincetown, Massachusetts. The area has plenty of spooky lore that could appear in the upcoming season.

Local Lore That Could Appear in “Red Tide”

The Lancy Mansion is said to be haunted by an old woman who died in the 1800s. When she died, the ground was too cold to bury her, so her son propped her up in another room as if she were still living. He and his children visited her well into the spring before the neighbors insisted she be buried. 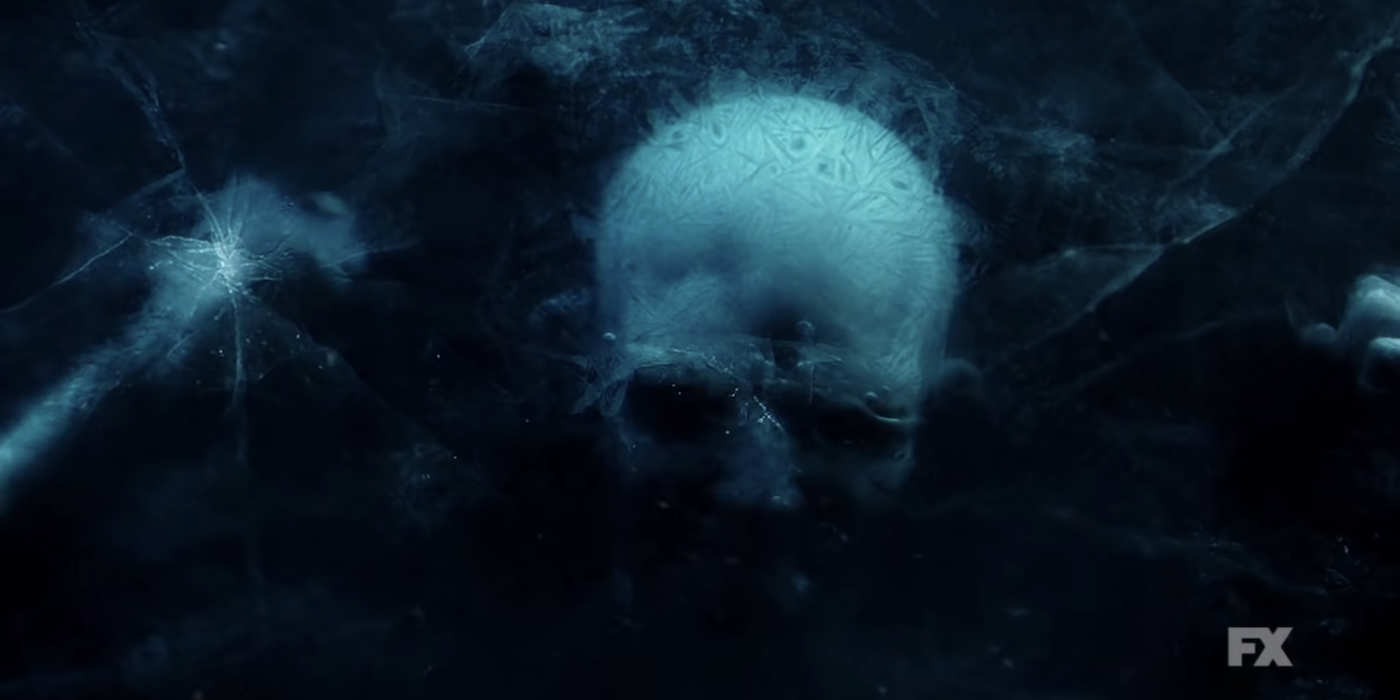 A siren under the ice, courtesy of FX

Another mysterious happening, which does take place in the 70s, is the unknown identity of the Lady of the Dunes. In 1974, a body was discovered beside the road, and despite exhaustive efforts to find out who she was and why she was murdered, the mystery remains unsolved.

The writer Joe Hill (Locke & Key, NOS4A2) posed the theory that she was an extra on the set of Jaws, which was filming nearby at the time. Perhaps that could be the tie to our giant shark appearance in the trailer. 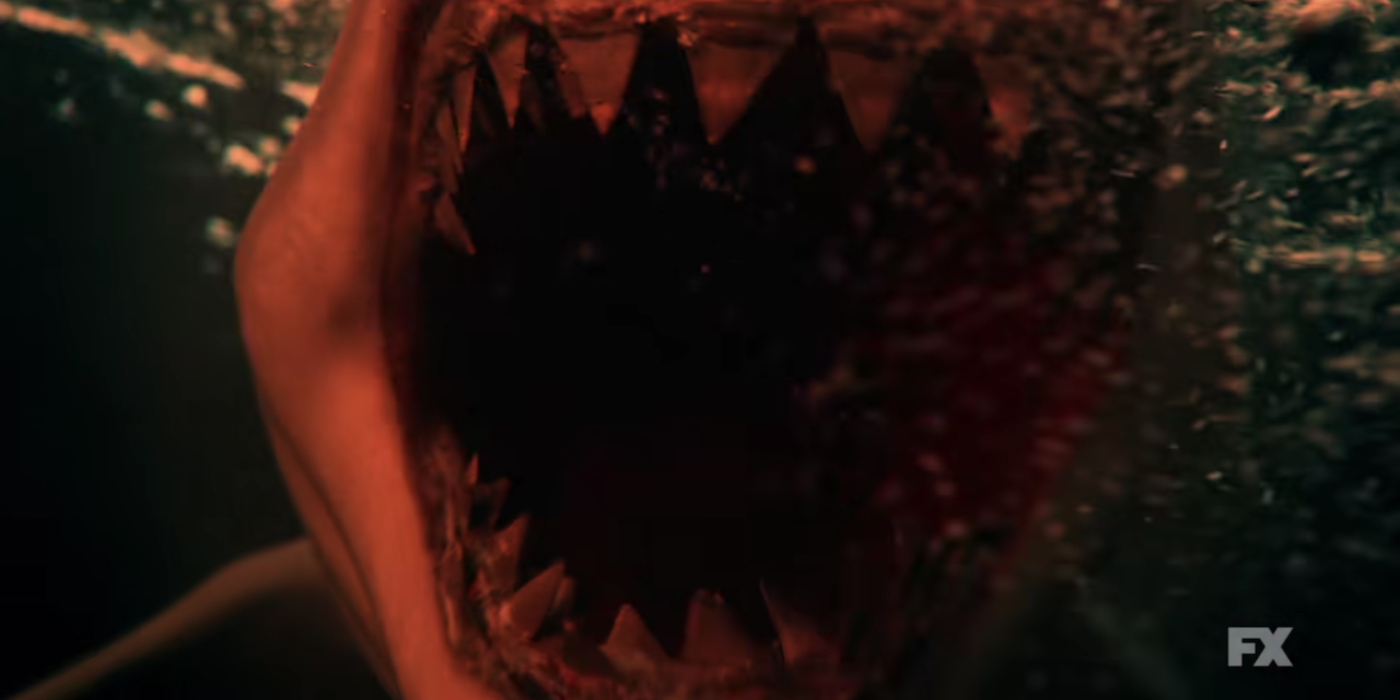 Another famous Provincetown phantom is the Black Flash, a slender, tall, dark figure with pointed ears and darting movements. This could be the character played by the incredibly bendy actor, Spencer Novich. 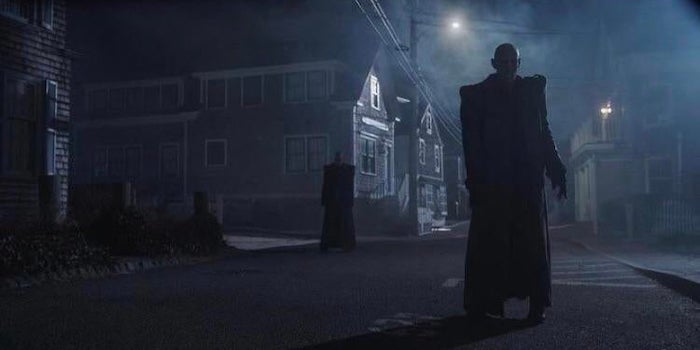 Shoulder pads are back, courtesy of FX

Massachusetts is also home to its own anomaly hot-spot, known as the Bridgewater Triangle. Similar to Bermuda, it’s said to host an unusual amount of strange occurrences: hauntings, murders, suicides, executions, satanic rituals… even UFO sightings.

Everything We Know About Part 2: “Death Valley”

The second season, also airing in 2021, will feature aliens. Less is know about part 2 (for now), but we can guess we’re in Area 51 territory. Death Valley is along the border where California meets Nevada, the state well known for its extra-terrestrial sightings. 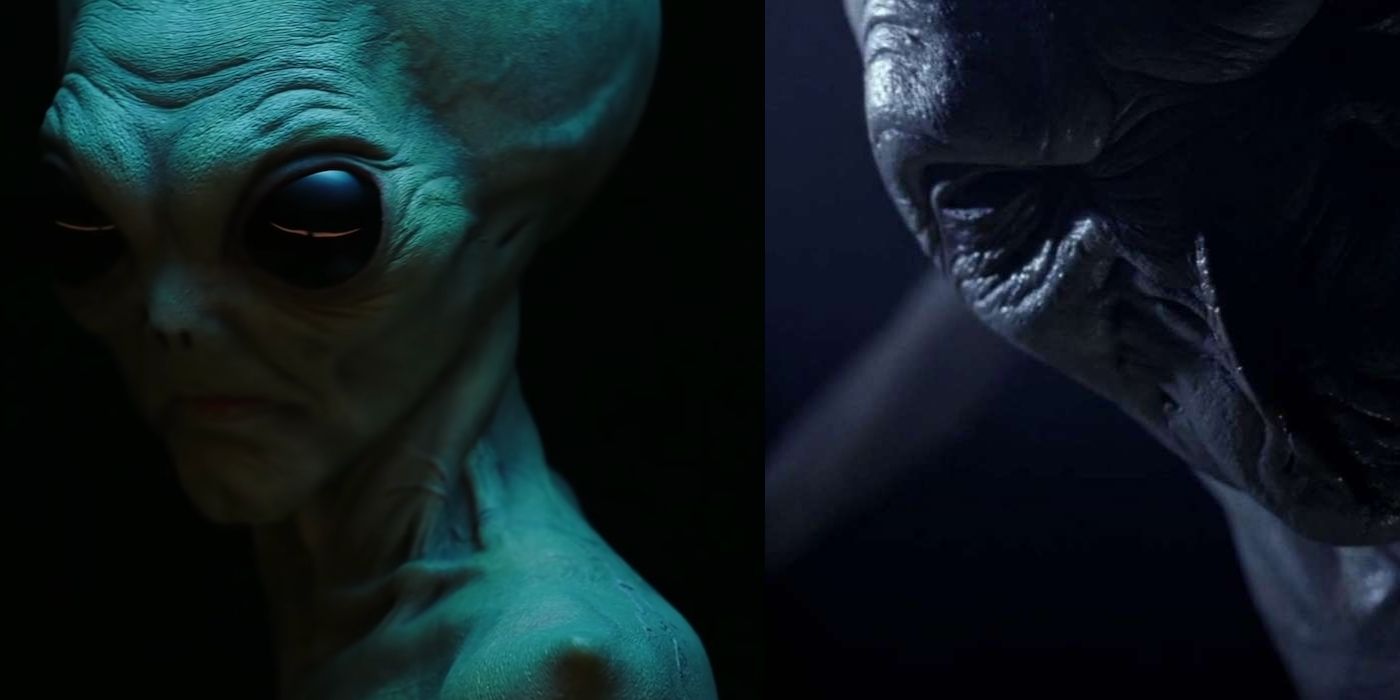 In the trailer, we’ve gotten a good look at an alien, which looks different than the aliens from Asylum. While a few stills of aliens performing dissections appear, it’s unclear how that will play into the story. What’s even more unclear is the significance of this beautifully marbled meat-violin, or why I’m more hungry than horrified when I look at it. 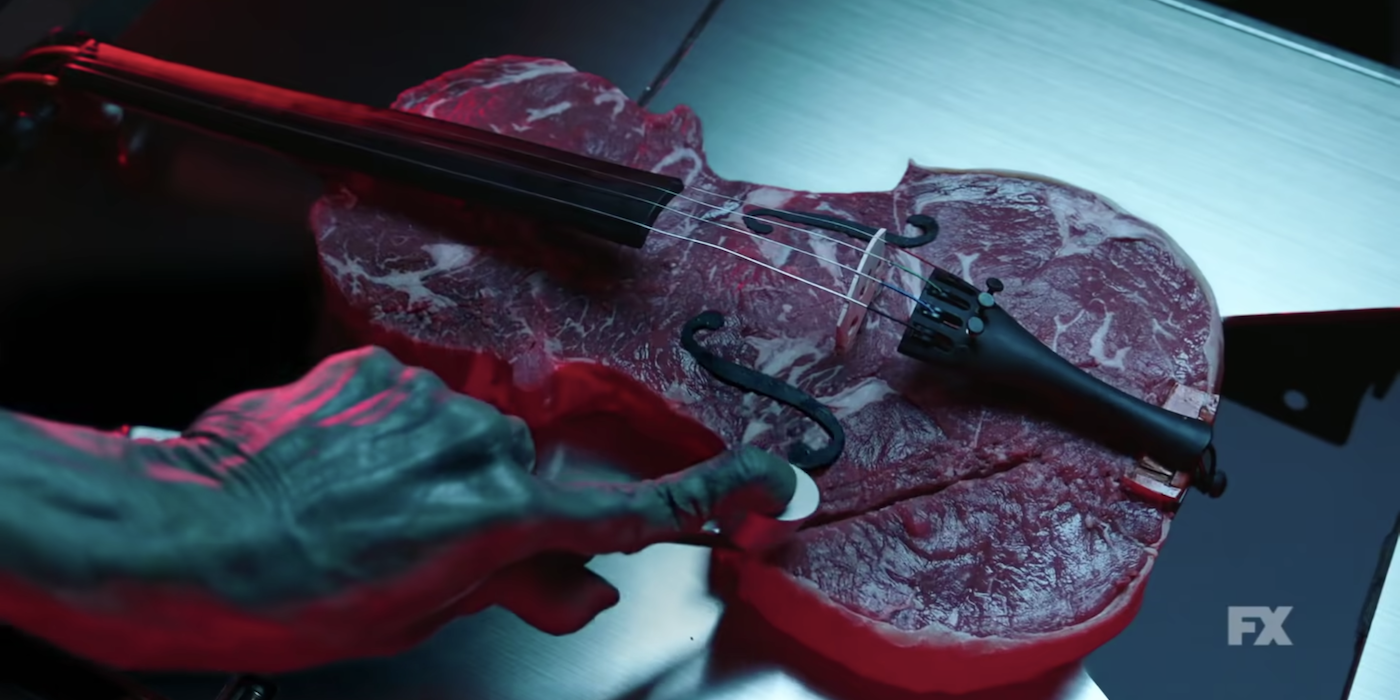 Fans have been waiting for a new season of AHS for over a year, and we won’t have to wait much longer. Do you have any mermaid or alien theories about season 10?