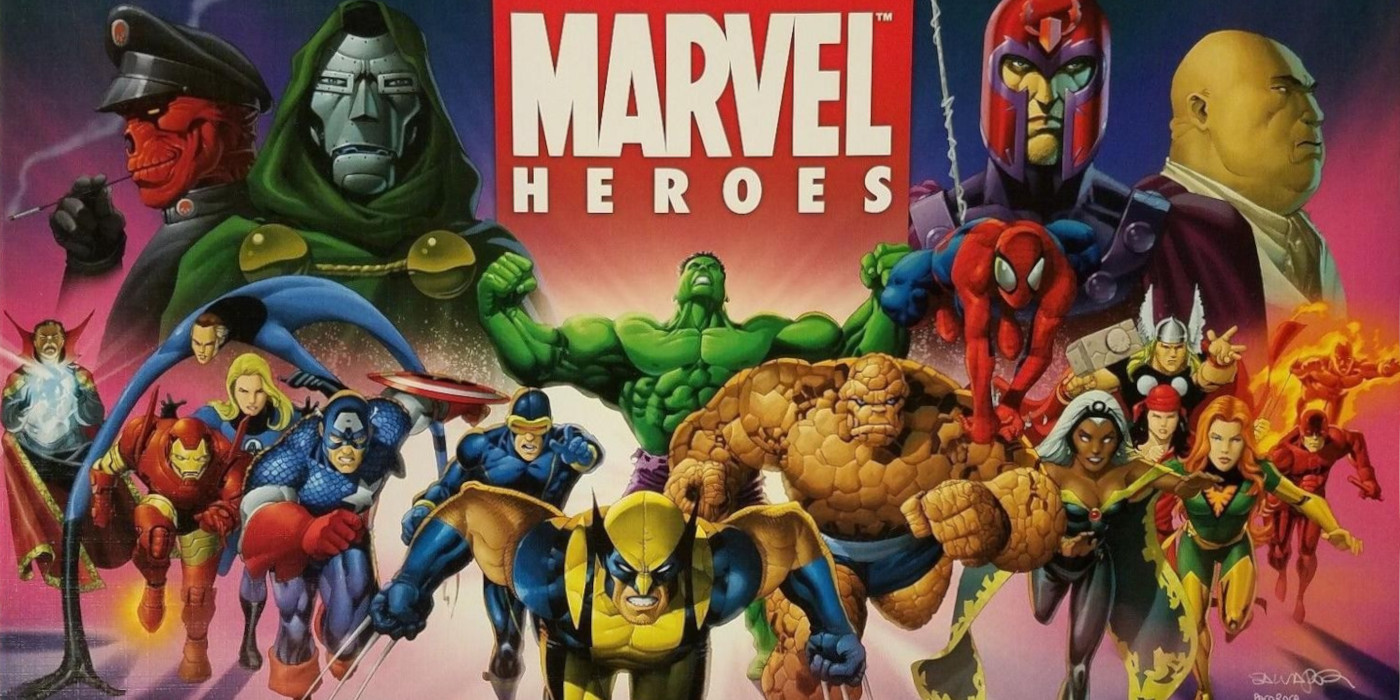 With no mention of this 2006 game anywhere on their site, it’s high time this game gets the attention it deserves.

There is no shortage of board games based on Marvel comic books. But as with any franchise that’s been around since the dawn of humanity, they run the gamut of quality. But it’s rare that the good ones are swept under the rug like Marvel Heroes was. 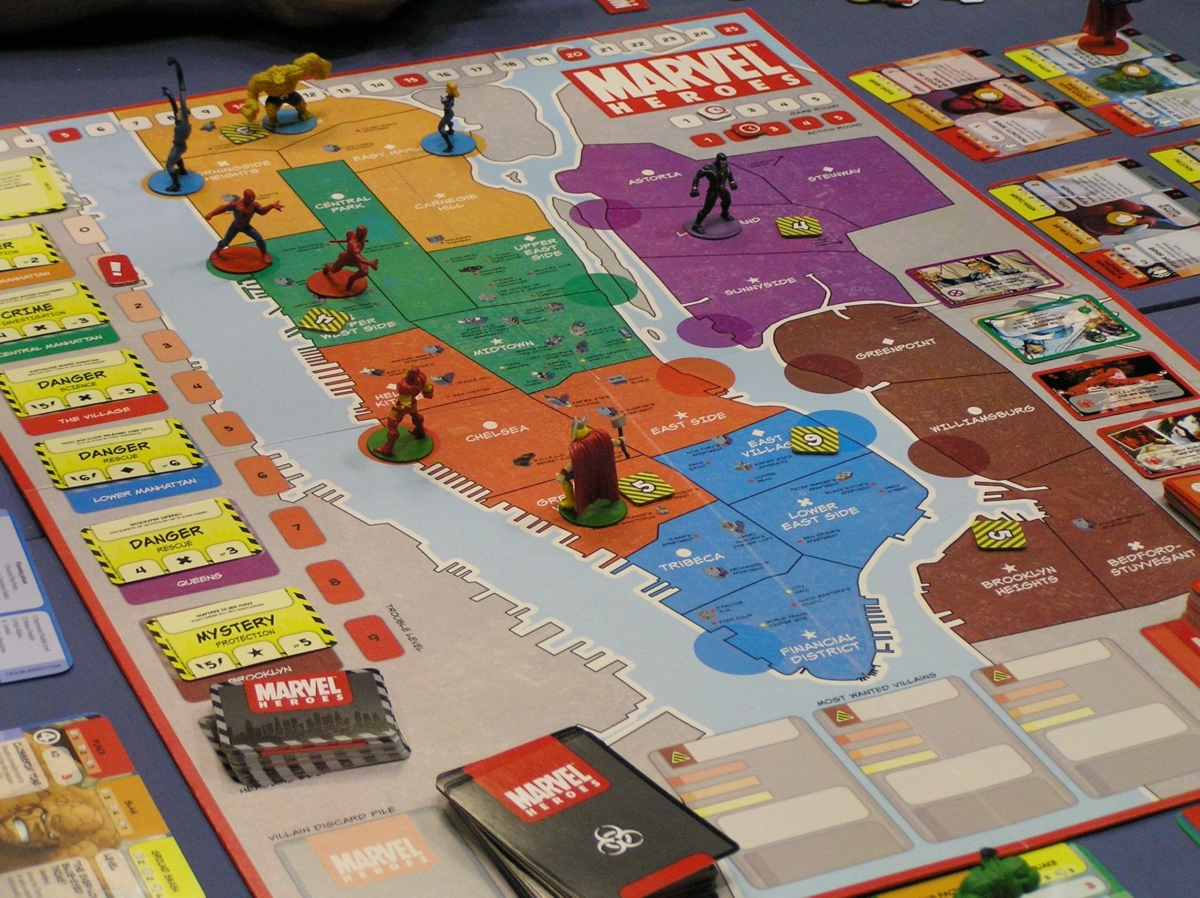 Marvel Heroes is an asymmetrical mostly competitive strategy game where players all control a team of heroes AND a villain, at the same time! This alone should get your gamer gears turning. 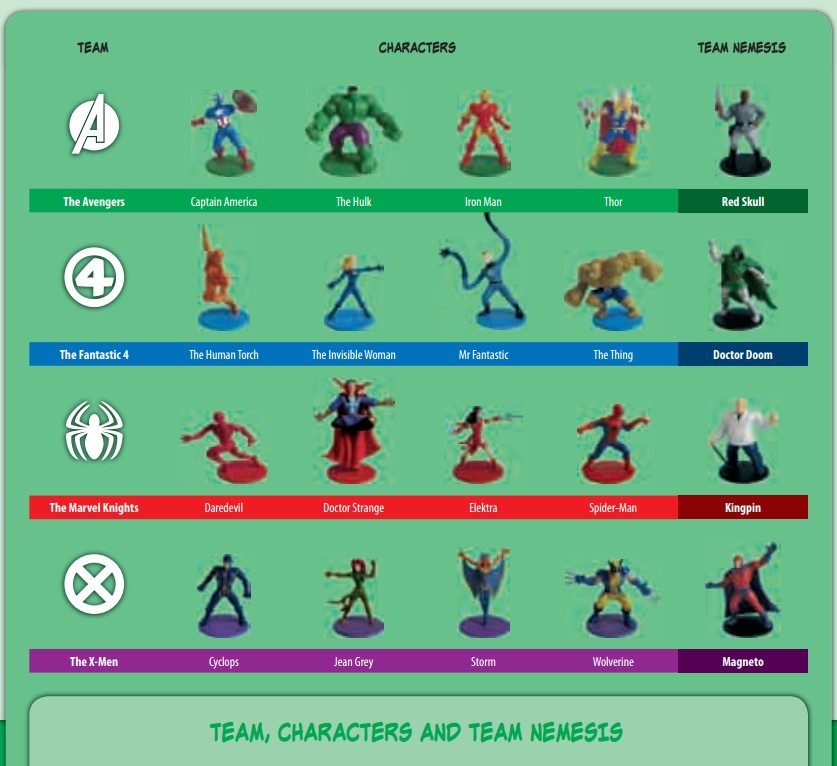 The game is scenario-based, with having 10 scenarios to play through, and most being won through collecting Victory Points, which can be collected usually through solving Headlines. Each scenario will dictate exact win/loss conditions for the players. 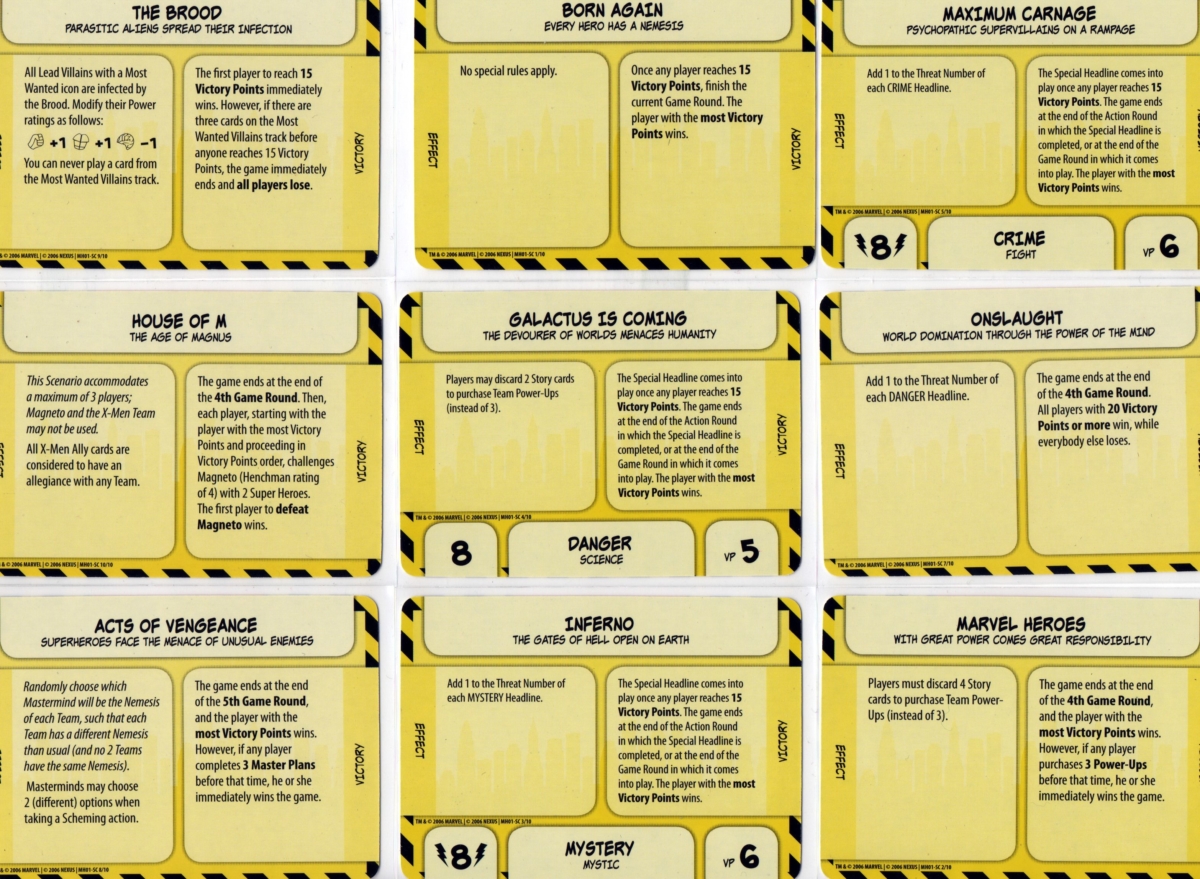 During setup, each player chooses which team to play as, and then each player gets the nemesis of the team to their right. Throughout the game, players will utilize their heroes to solve Headlines as they appear and use the nemesis they control to hinder the other players. I know I’m supposed to be objective in these reviews, but that’s such a cool idea. 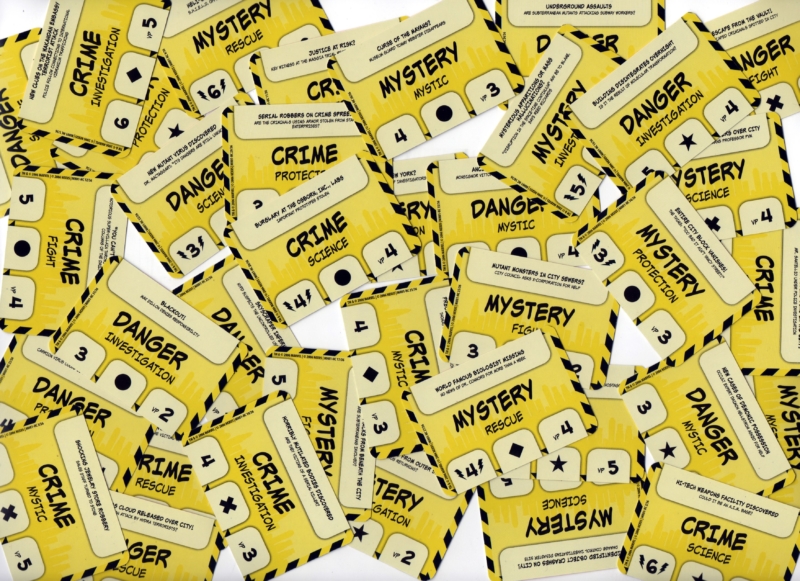 Each round, Headlines will appear, which will be short term missions for the heroes. Each hero has different skills which will make them better at solving certain headlines. Each hero and each nemesis have different powers to use whenever they might need to. Heroes and nemeses  all have a lot of variety in their powers, strengths, and weaknesses.

Players will also gain cards to help them: Ally cards, villain cards, event cards, and agent cards. Each of these cards has different use on how they are implemented and what effects they will have on the game.

During their turns, players have a variety of actions to choose from. The Troubleshoot action is how heroes resolve Headlines. This involves the heroes in question rolling custom dice to attempt to reduce the Trouble Level in that district to zero. But if they are unable to, the other players may play Villain cards against those heroes to hinder them further. 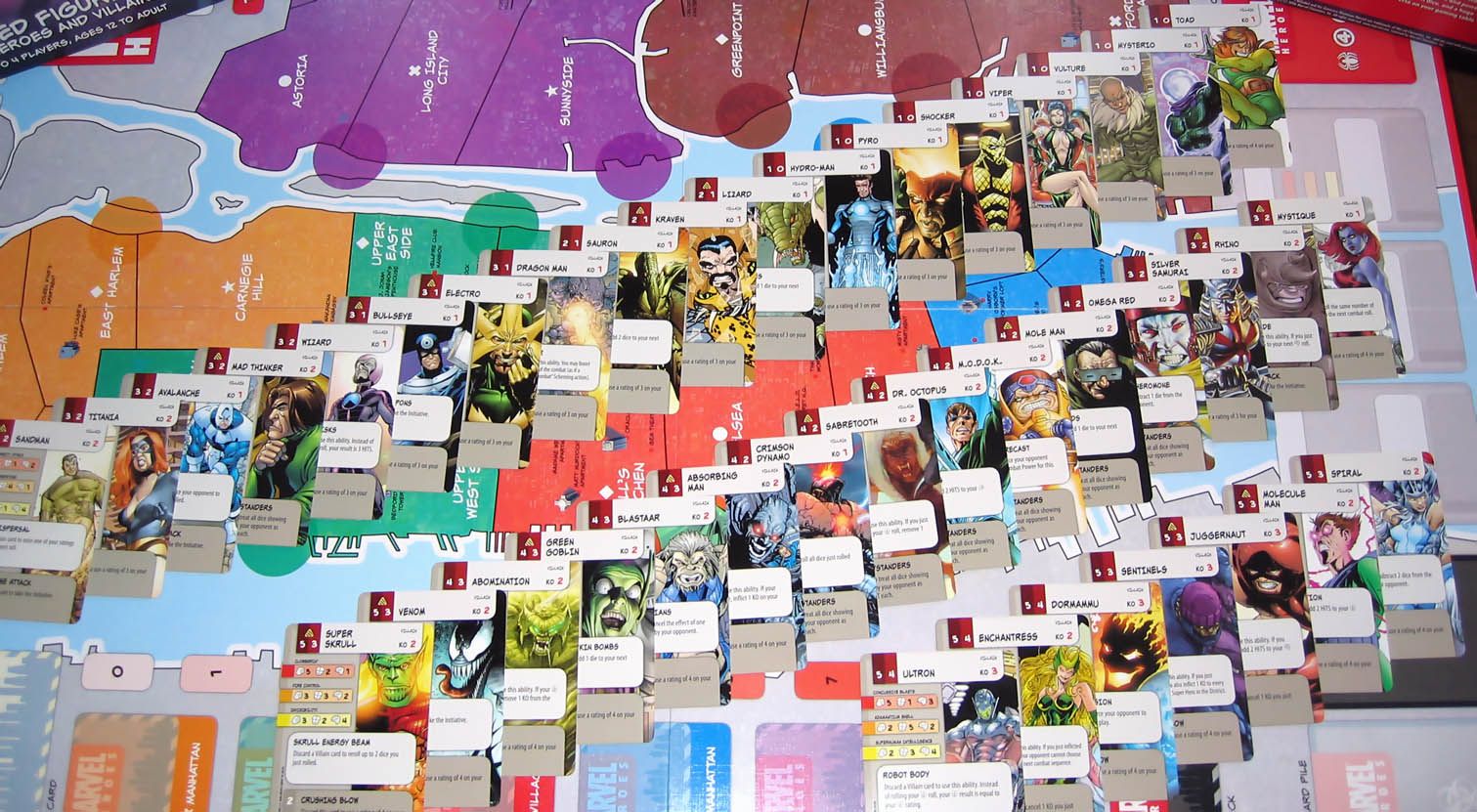 We have barely scratched the surface of this game. Heroes can also collect Story cards, which grant Victory Points, but also enable the use of Team Powers. Nemesis can turn into an Archnemesis, which makes them more powerful. Some Headlines can be Mastermind Headlines, which can be part of the greater Scheme, or even a Master Plan, which can lead to challenging the Mastermind Villain who has been behind all the trouble going on around town. 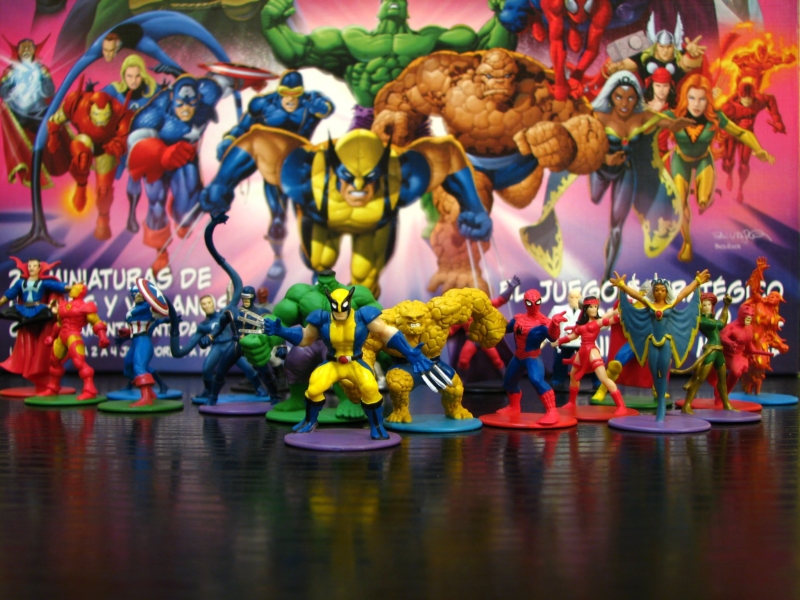 Marvel Heroes is a game with a lot going on, but since players control both hero and villain, no one is ever feeling like they are lagging behind. While playing both sides, you can have a much more direct impact on making sure one hero team doesn’t start getting on a rollaway victory.

Since this game was released in 2006, it hasn’t gotten any attention in terms of a reprint. In my very quick poking around, there are a few copies floating around on auction sites, usually for just around $100. Plus, in case it wasn’t clear, all the minis came pre-painted, which is just icing on the cake.