Guesses and Guides for Marvel’s ‘What If… ?’ Disney+ Series 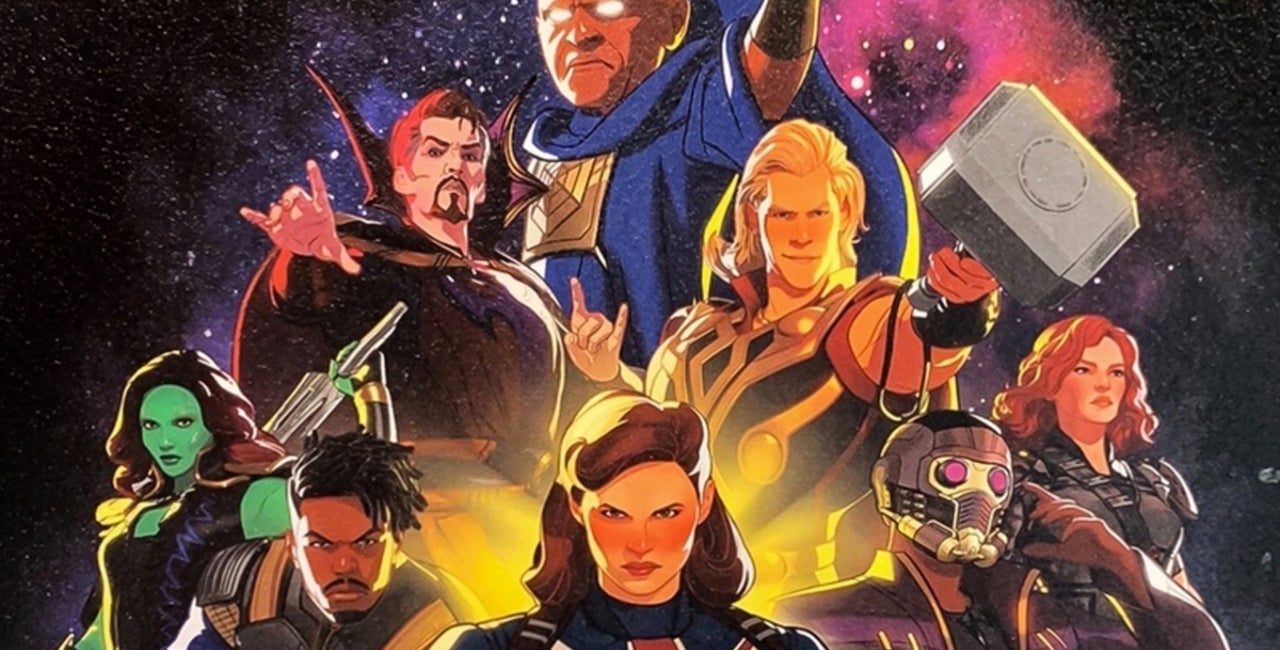 Marvel’s What If… ? is likely to be our first glimpse into the cinematic multiverse– so which characters and which versions of Earth can we expect to see?

This article contains spoilers for the Loki season 1 finale.

We’re days away from the premiere of Marvel’s What If… ?, the first animated story in the MCU. Fans have speculated for months– what if What I…? is our first look into Marvel’s multiverse?

Alternate reality stories are a staple in comic books. They allow us to reimagine the mythology of our heroes and recast our favorite archetypes in place or time. The possibility of alternate universes even inspires some of our most creative cosplay. 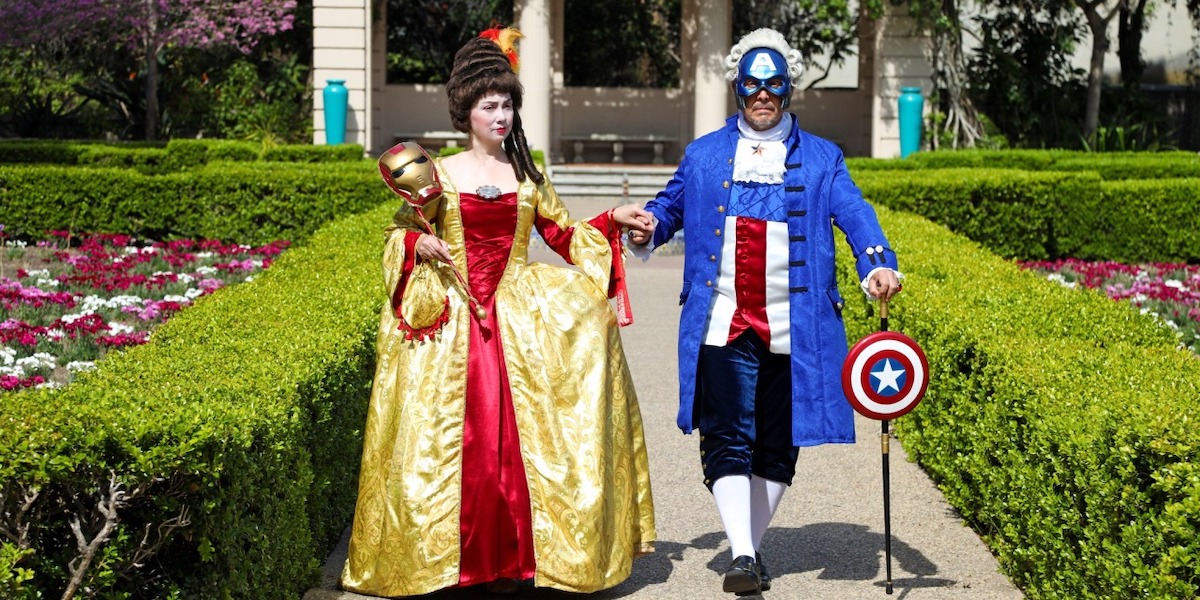 The Many Multiverses of Marvel

Marvel’s multiverse is easy to navigate– every story takes on (or relatively near to) a numbered version of Earth! For example, the main Marvel comic book universe is Earth-616.

It’s not an MCU property, but we’ve already seen a multiverse crossover in Sony’s Spider-Man: Into the Spiderverse. Miles, on Earth-1610, teams up with his alternate-timeline counterparts to prevent their own multiverse catastrophe. 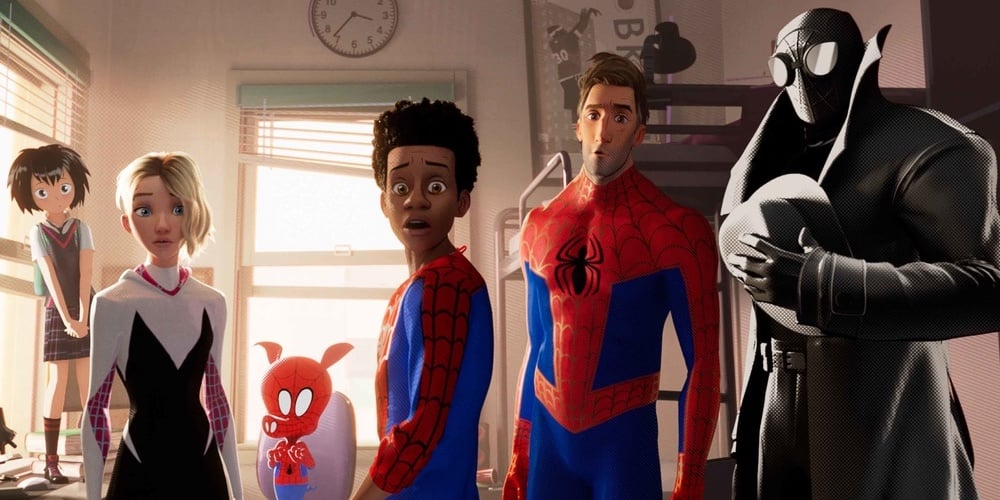 What If… ? picks up in the MCU (or Earth-199999) at the Loki season finale. We’ve learned about deviations in the one true timeline, known as nexus events.

Loki also introduced us to He-Who-Remains, a being who protects the timeline from variant versions of himself seeking to conquer the rest of the multiverse. But Sylvie was fed up with fate, and now He-Who-Remains is gone. Loki has since returned to Earth, only to find that it’s much different than the Earth he left behind.

The Biggest Clues in the What If… ? Trailers

Part of the series may be narrated by The Watcher, an omniscient alien whose whole gig is to observe the universe. You might remember a few Watchers chatting with a moon-marooned Stan Lee in Guardians of the Galaxy 2. 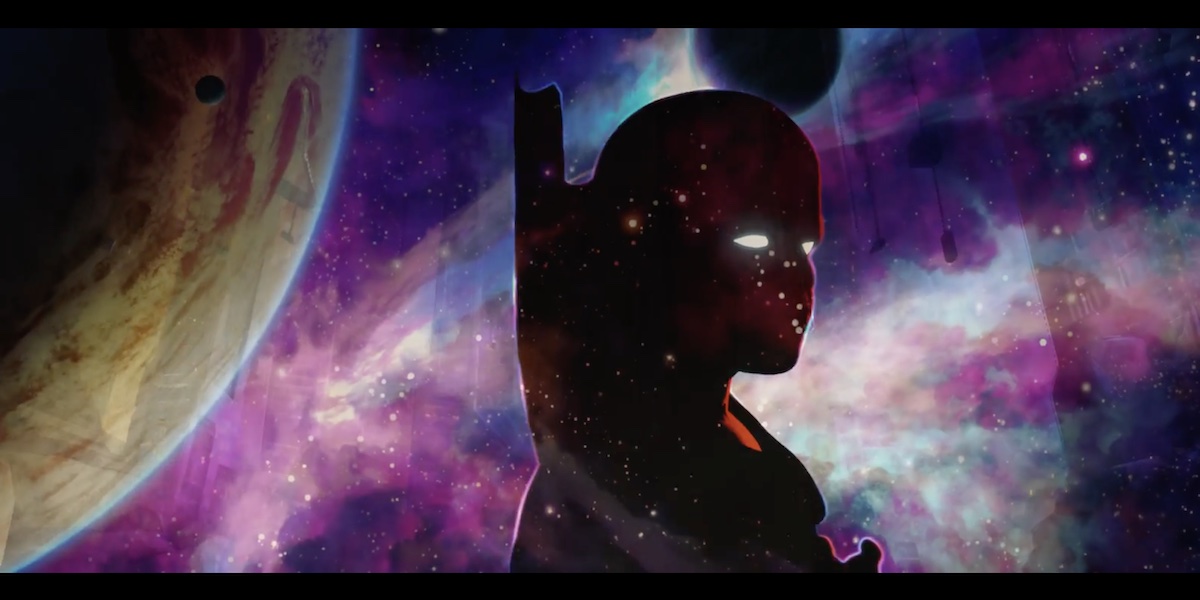 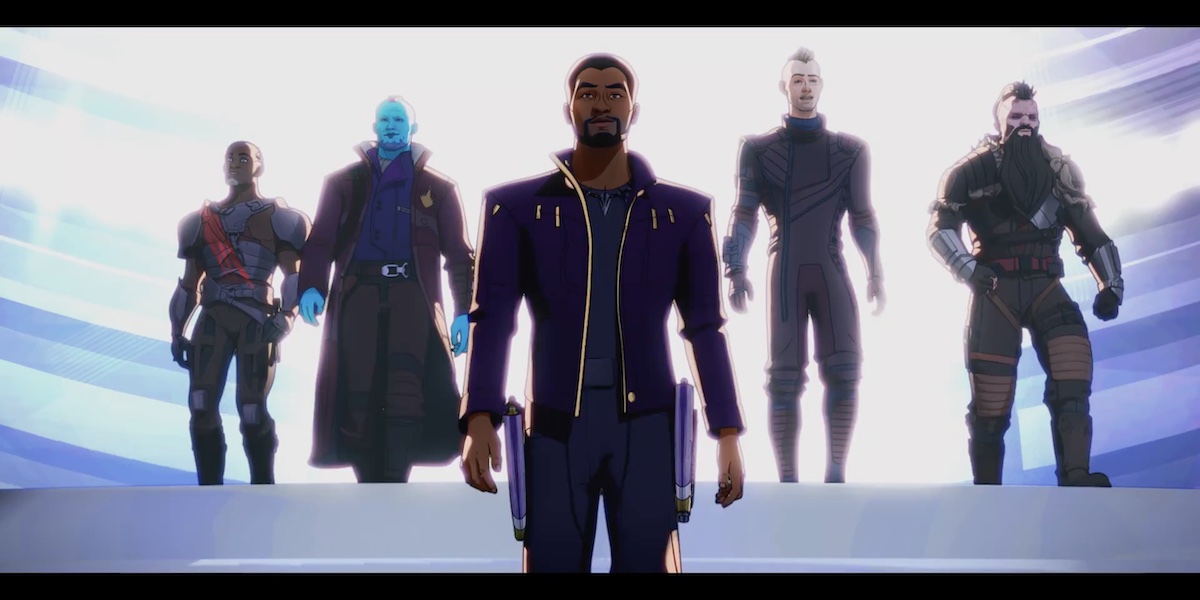 Star Lord pops up again in a shot mirroring the first MCU Avengers lineup. He braces for battle with versions of Gamora, Thor, Black Panther, and Captain Britain’s shield. But who wields that shield? Based on the trailer, it’s Peggy who undergoes the super-soldier process, while Steve, sporting a massive, mid-century modern iron suit, fights beside her. 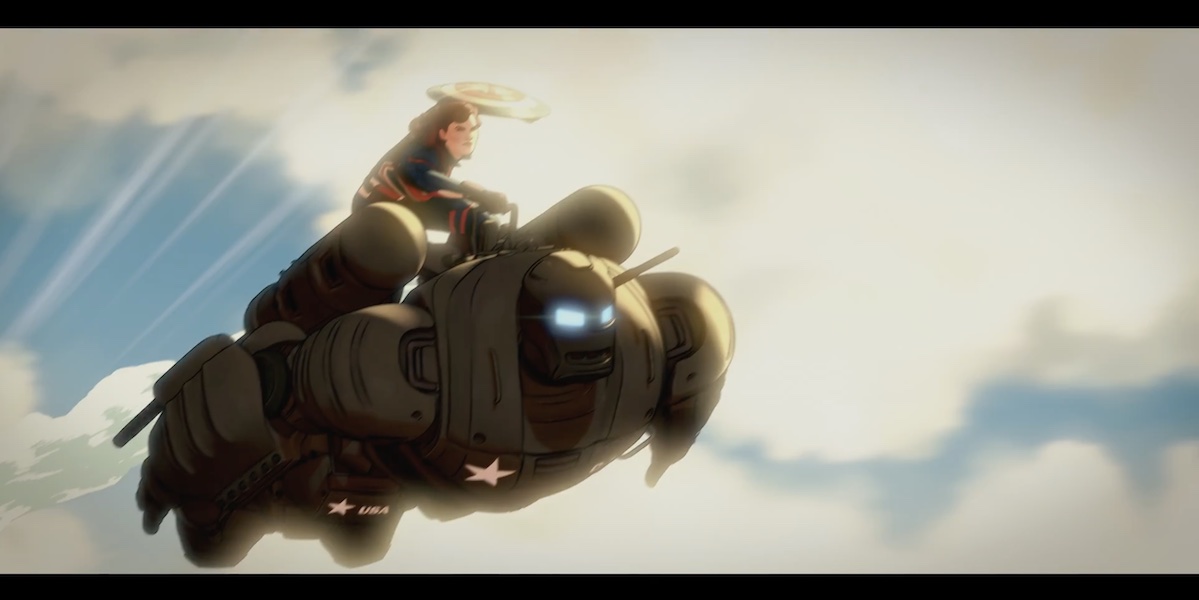 Peggy appears with Doctor Strange, and again battling a giant tentacled creature. This gigantic murder-squiggle most likely belongs to a race of primordial beings known as The Old Ones. The monster, known as Shuma-Gorath, first appeared in Marvel Premiere #10, and his defeat marked Steven’s tragic ascent to Sorcerer Supreme. Could Peggy be helping Strange with some ancient pest-control?

What If… ? clearly has some intriguing team-ups. A pre-Iron Man Tony Stark is rescued by Killmonger during his visit to Afghanistan. Is T’Challa off in space living his best Ravager life while Tony helps Killmonger to become The Black Panther? 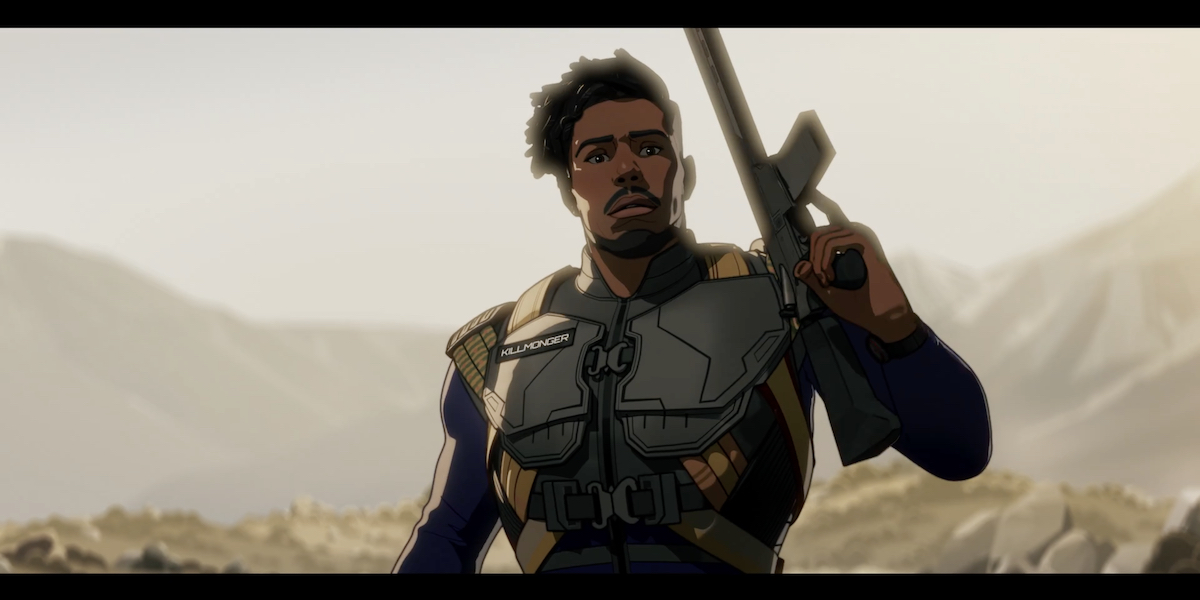 There are more What If? cameos than you could shake a Groot at. Natasha & Bruce, Drax, Ego, Howard the Duck, Zombie Steve Rogers, Bucky, Wanda, Vision, Scott Lang’s head-in-a-box, the reign of Loki, Captain Marvel, and Steven Strange fighting a version of himself in desperate need of a nap. 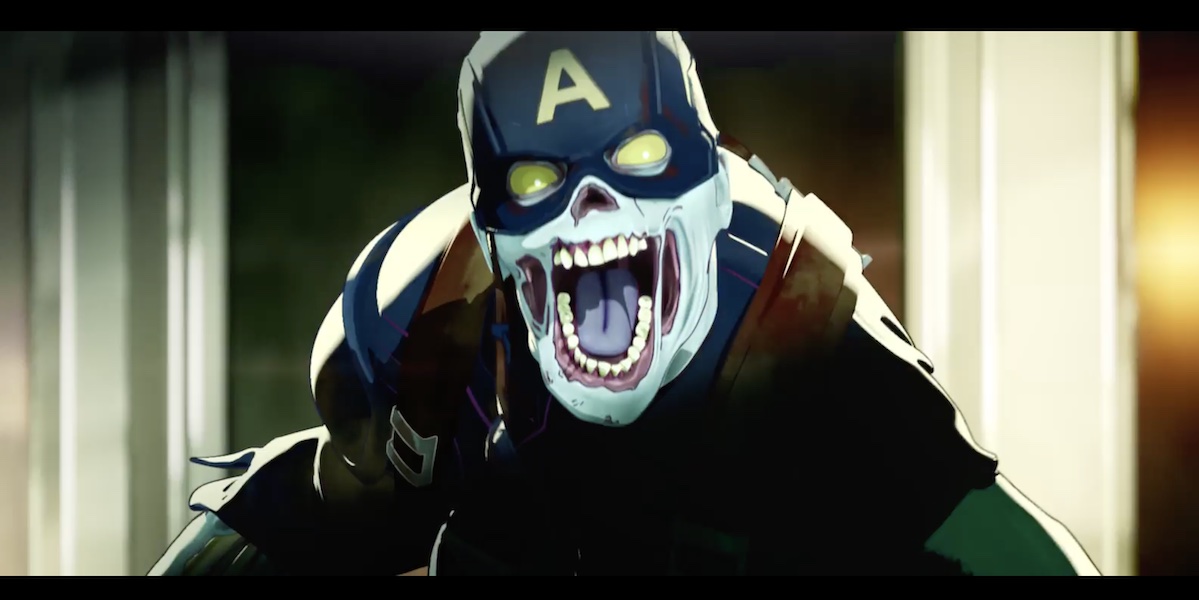 Which heroes are you most excited to see in What If?