‘Wicket the Ewok’ Got His Own Board Game, Apparently 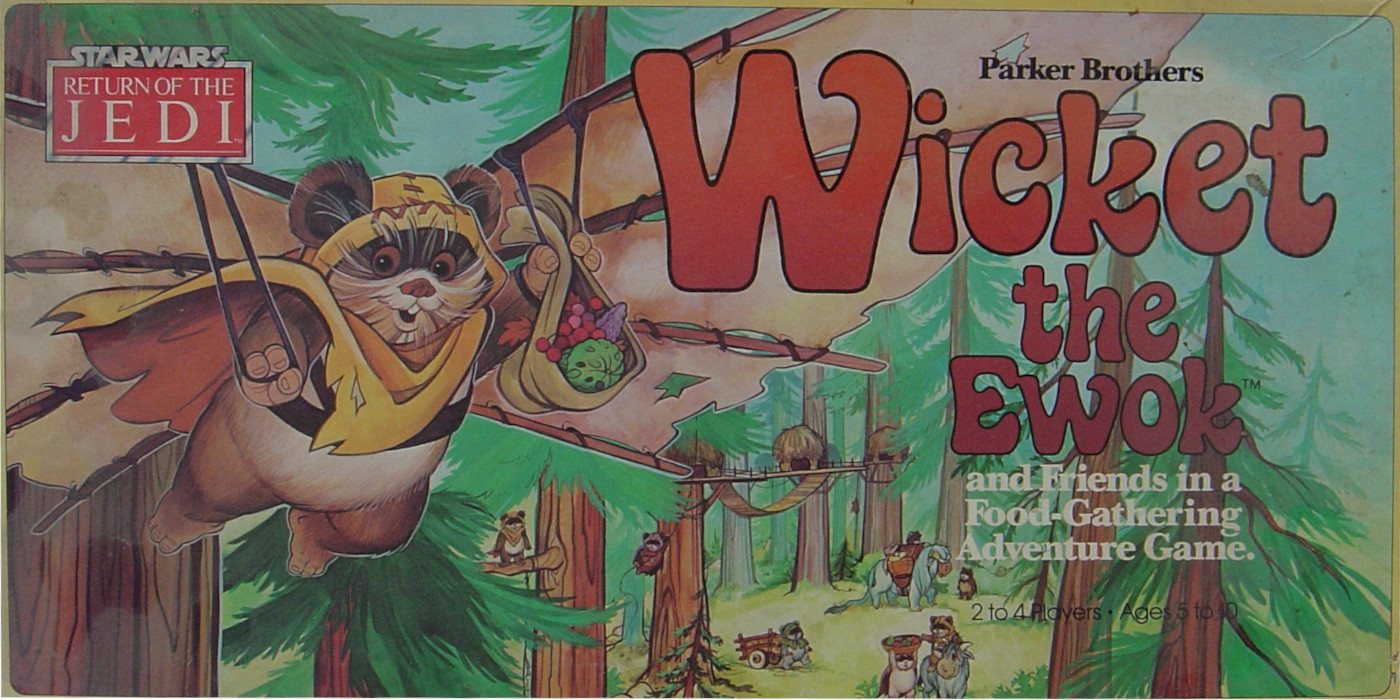 Like finding out you’re distantly related to some C-List celebrity, the only reaction to this game is “Oh, that’s… yeah, okay.”

Back when Return of the Jedi was being released, Star Wars merchandising was in full swing, and no one was pushed harder than Boba Fett. But in a distant maybe fourth or fifth, was the lovable Ewoks. In part of that push, Parker Bros released a board game featuring everyone’s favorite Ewok, Wicket with the full title of the game being like a modern day anime title, Wicket The Ewok and Friends in a Food-Gathering Adventure Game. 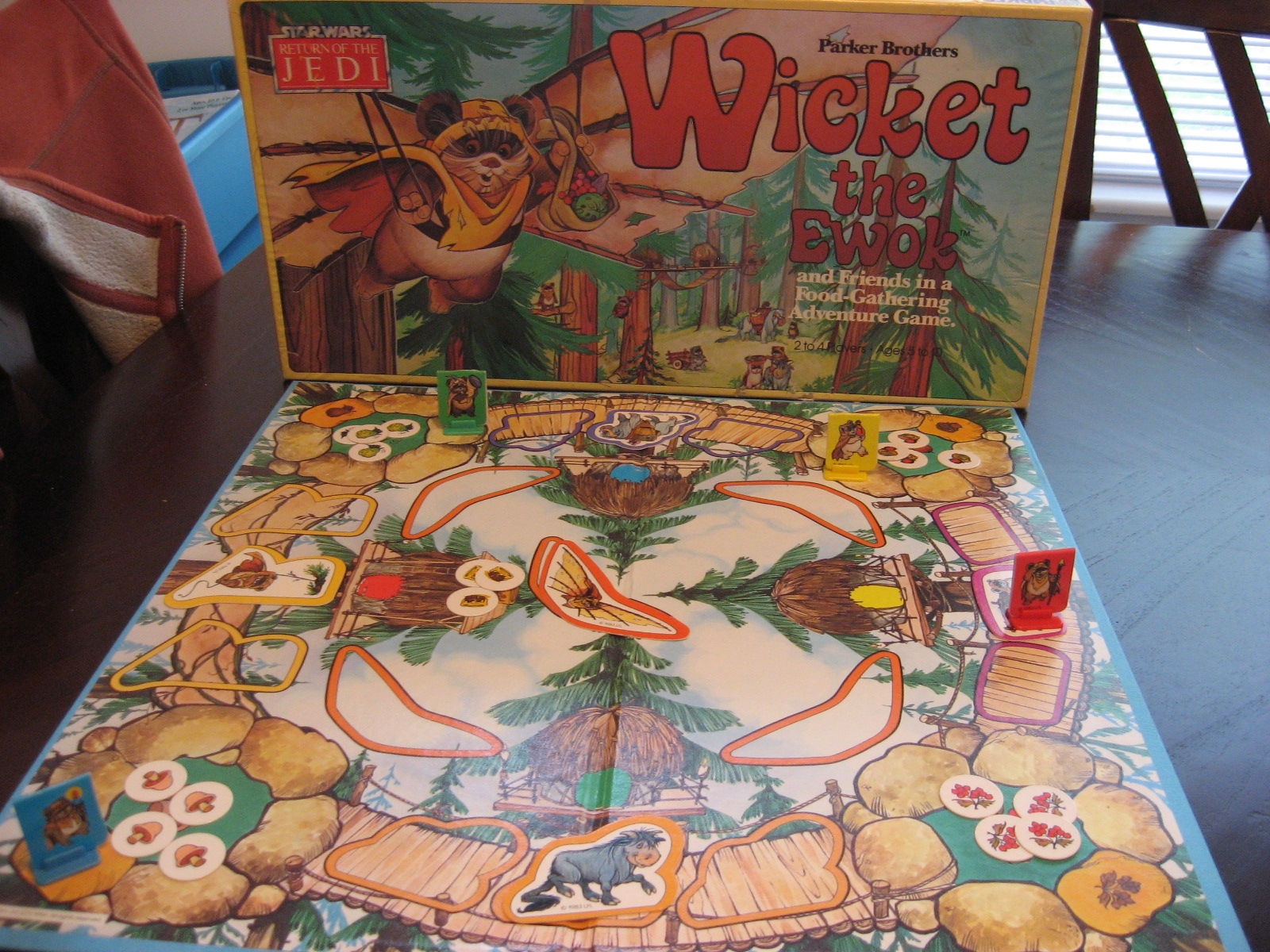 Because the title is so lengthy, we’ll just abbreviate it to WtEaFinFGAG. Much easier to read, right?

In WtEaFinFGAG, players are trying to be the first player to gather 5 pieces of food and bring them back home. The game does actually have some neat ideas, although they don’t quite make this some hidden gem of a game. 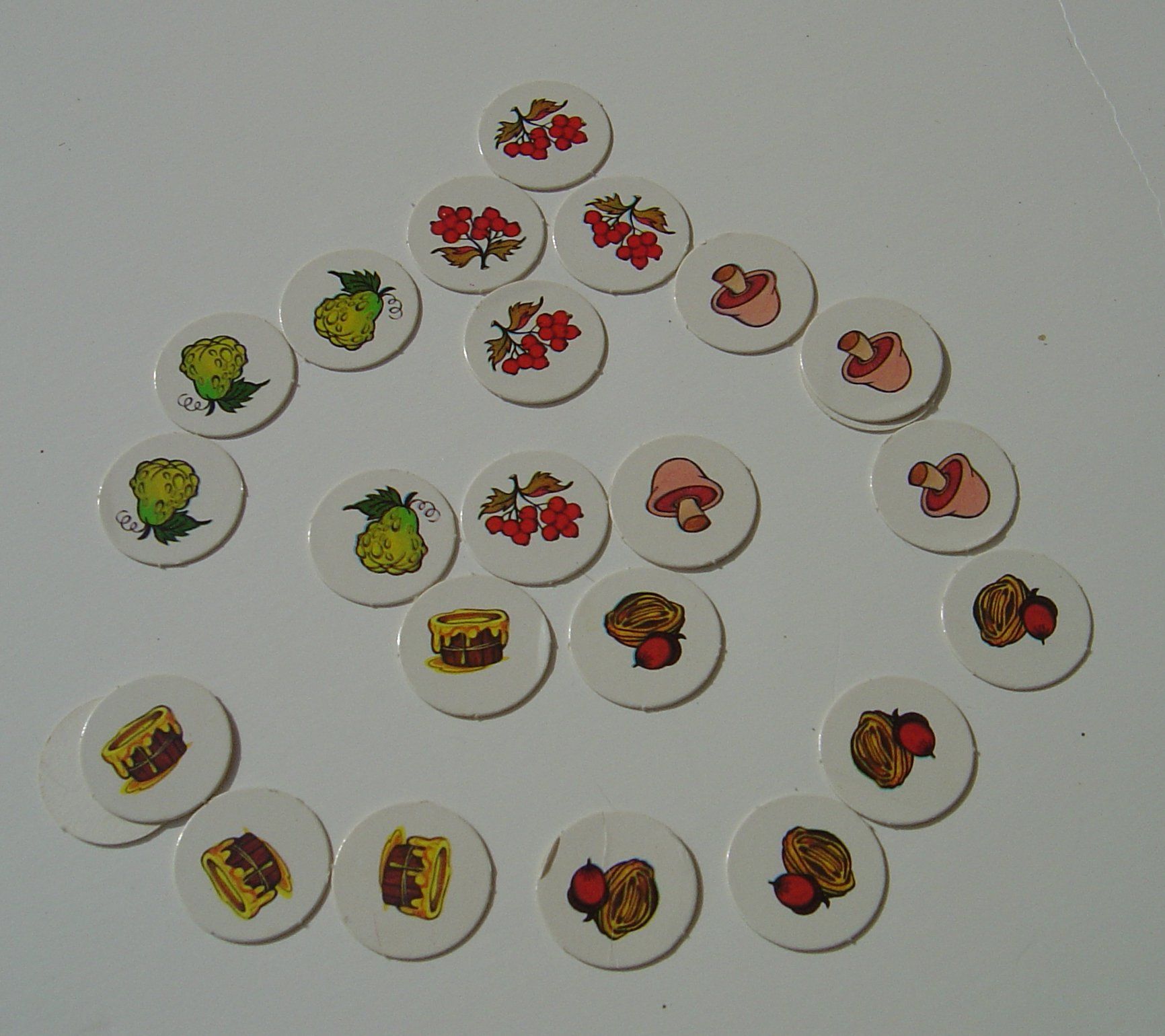 They all look normal enough but I don’t know about that pear.

WtEaFinFGAG doesn’t use a die. Instead Ewoks can move from 1 – 3 spaces on their turn, but only on the rock path circles in the corners of the board. Or they can move into one of the Transportation cards, which will carry them between aforementioned rock path circles. 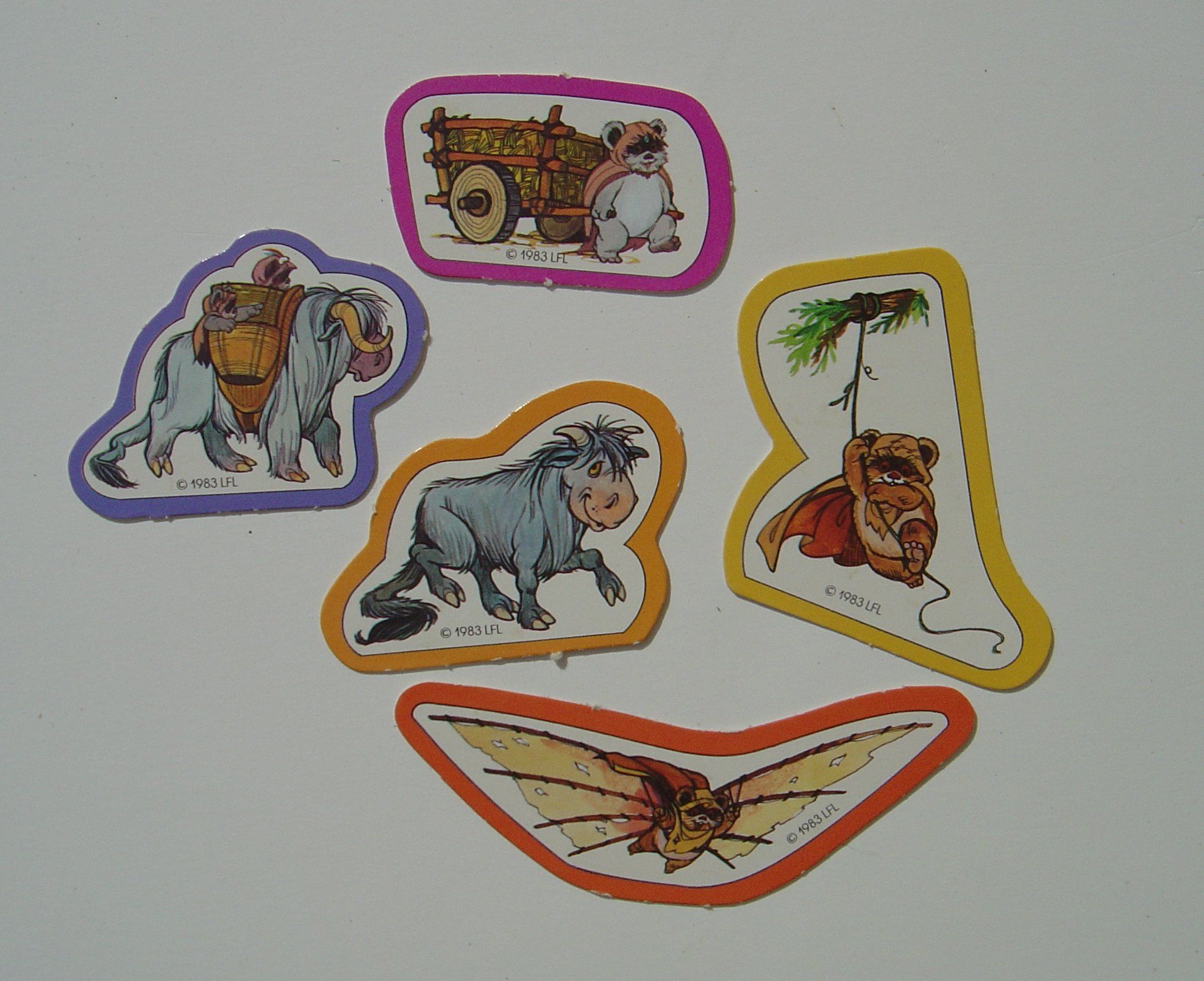 Moving onto the golden rock lets a player grab the food token there. Then the first Ewok to grab all 5 food tokens and back to their personal home wins!

That’s literally the entire game. Like I said, WtEaFinFGAG isn’t anything groundbreaking.

Their names are (left to right) Kneesaa, Wicket, Paploo, and Latara. Now you can name 4 Ewoks. Go brag to your friends.

I’m not going to dive too deeply into the fact that because this game has zero randomness to it, and not enough unique game states, that it is an easily solvable game.

Shop Wicket the Ewok on eBay

Instead, I’m going to point out that the art is really cute and WtEaFinFGAG is a neat little game and that’s fine to just be that.

Author: Matt Sall
Matt has loved games of all kinds his whole life: board, video, war, roleplaying. He's worked as a writer for BoLS since 2017. He's worked as freelance editor for board game rulebooks and has designed many of his own games as well.
Advertisement
Board Games Retro Games Star Wars Tabletop News
Advertisement