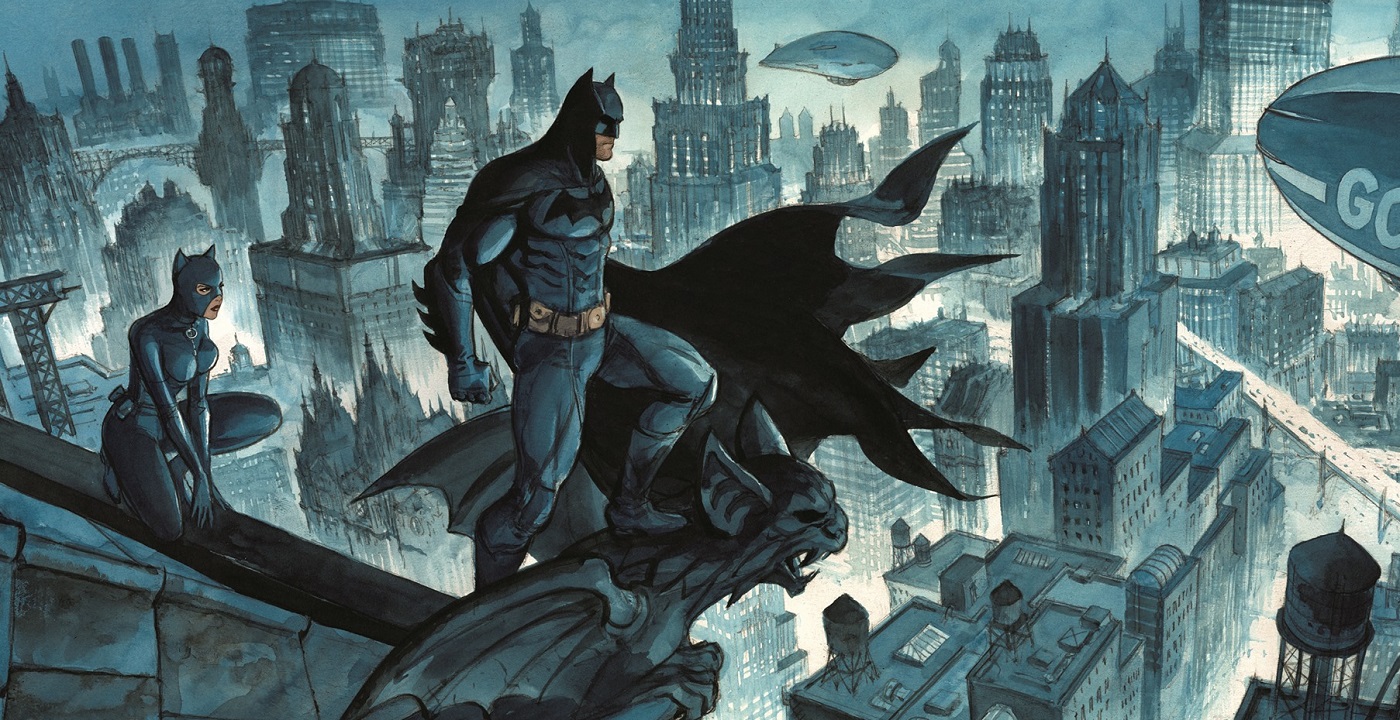 Gotham City Chronicles, the upcoming Batman RPG from Monolith Studios, is looking better and better after a sneak preview shows us all what’s inside.

What would a Batman RPG look like? Would you play as Batman? That seems tricky for a party. Perhaps you could play as a Robin or a team of Robins? Well, prepare to have some of your questions answered as Monolith Studios, makers of BATMAN: Gotham City Chronicles RPG treat you to a preview of the game in progress. 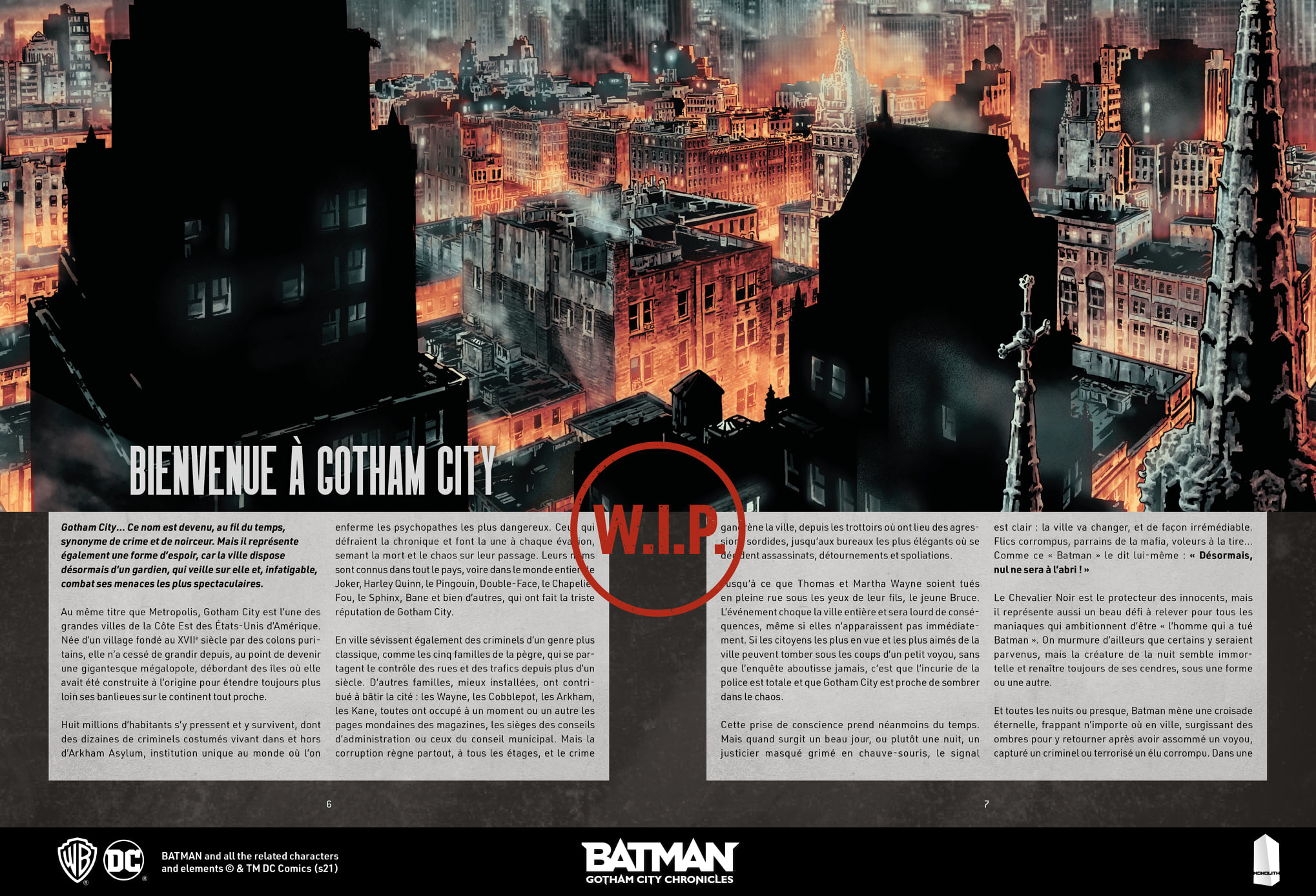 The role-playing game pays tribute to its main character: Gotham City, with its risks and challenges of varying intensity. Players can create their own characters as well as play as iconic figures:

So that already answers some of the questions. It looks like you can either create your own caped crusader (or other denizen of Gotham) or play as the Batman himself, or one of the other members of Batman’s crew and/or Rogue’s Gallery. Obviously you can play as Nightwing, because who wouldn’t want to play as the best butt in all of comics. 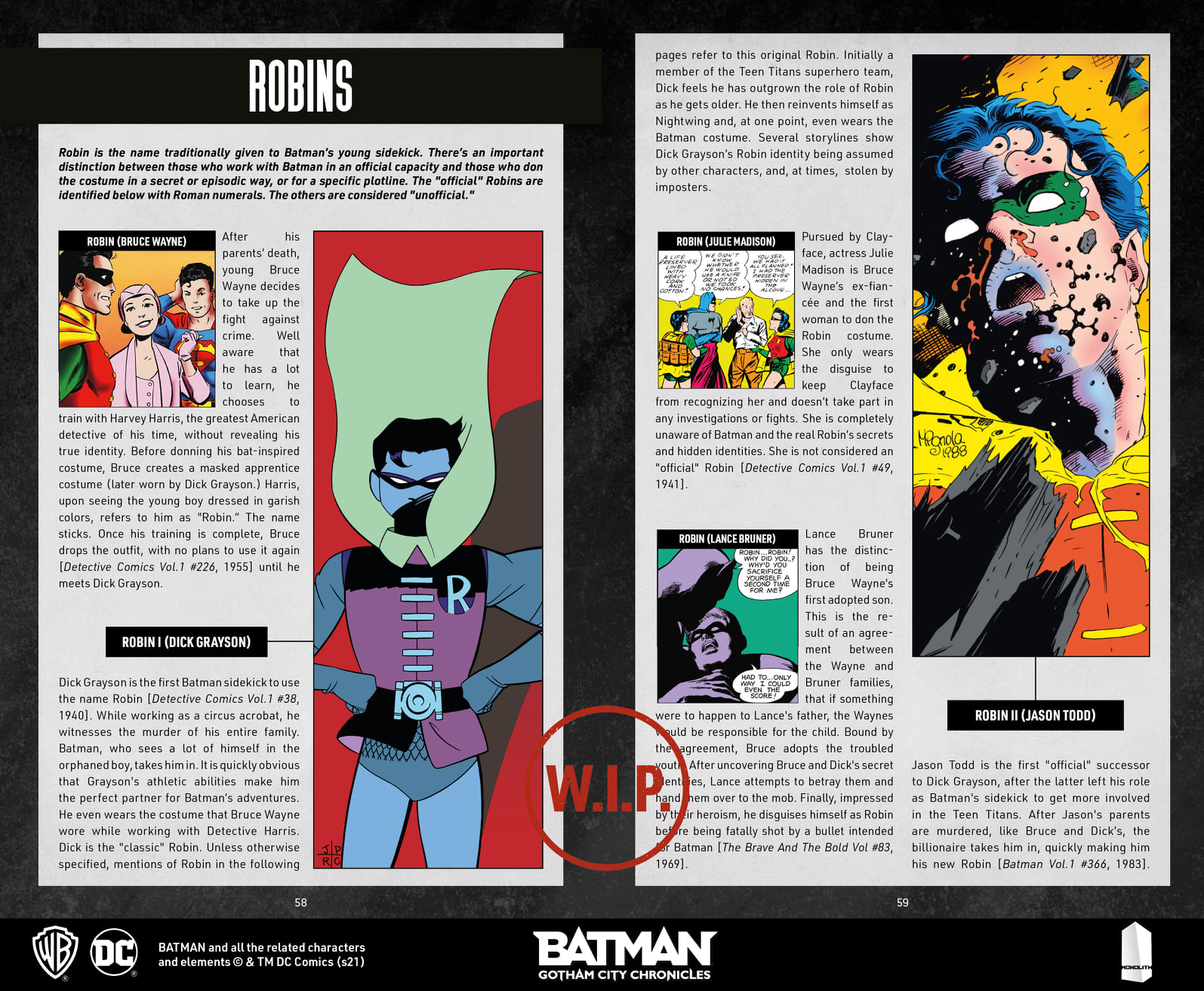 But playing as the Riddler is an interesting prospect for sure. Let’s see more of what’s in store. 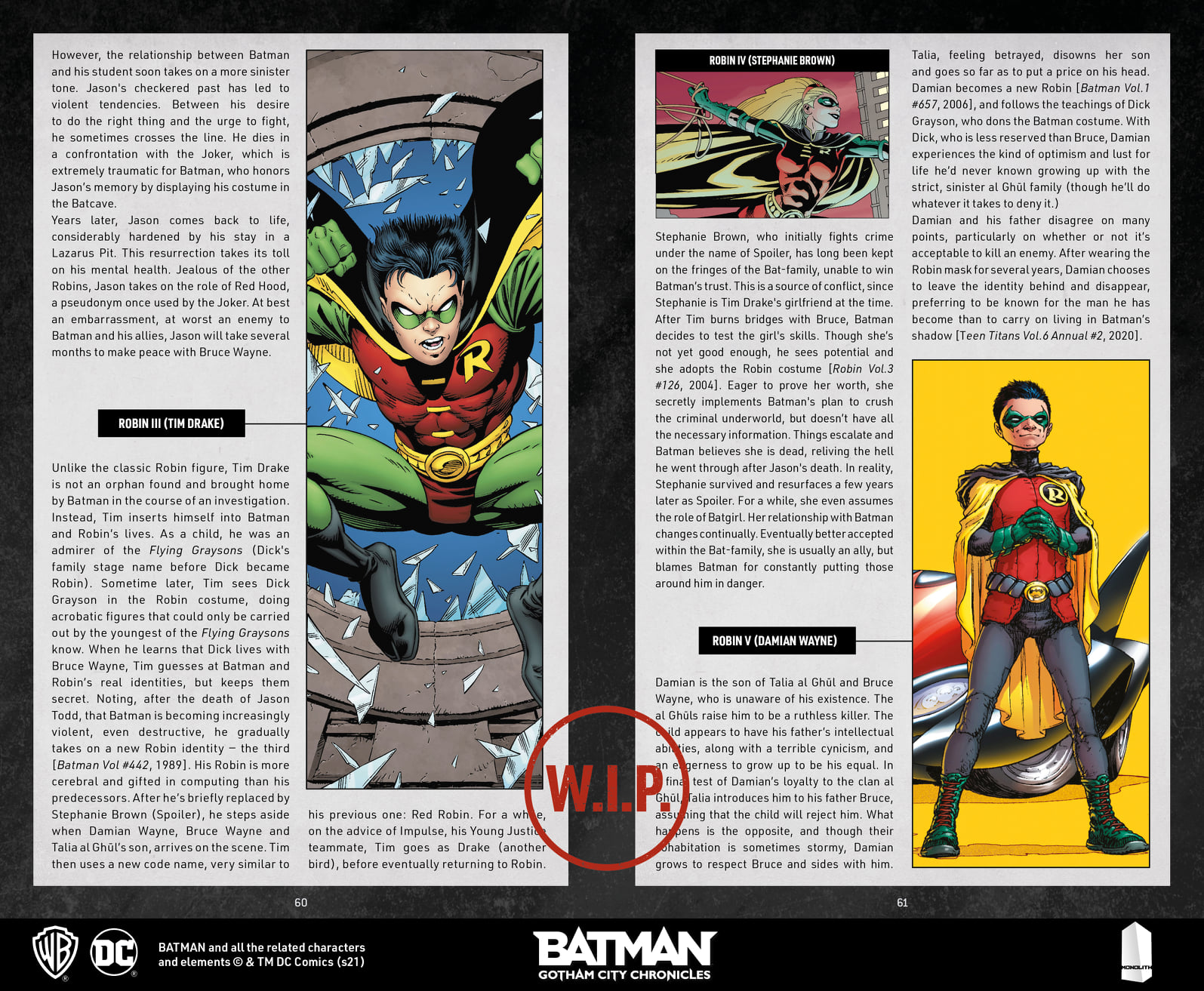 We’ve created several books to accompany you along this journey to Gotham City. Heroes of Gotham is an introduction to the universe, with all the rules and tips to create and bring to life the game’s characters and scenarios.

The Gotham Chronicles is a collection of a dozen turnkey scenarios that bring exciting and intense adventures to your table!

The Gotham Guide is a love story to the city! It takes you deep into the heart of its neighborhoods and secrets, a must for those who want to dig deep and gather everything they’ll need to immerse themselves in the atmosphere and make the story theirs. 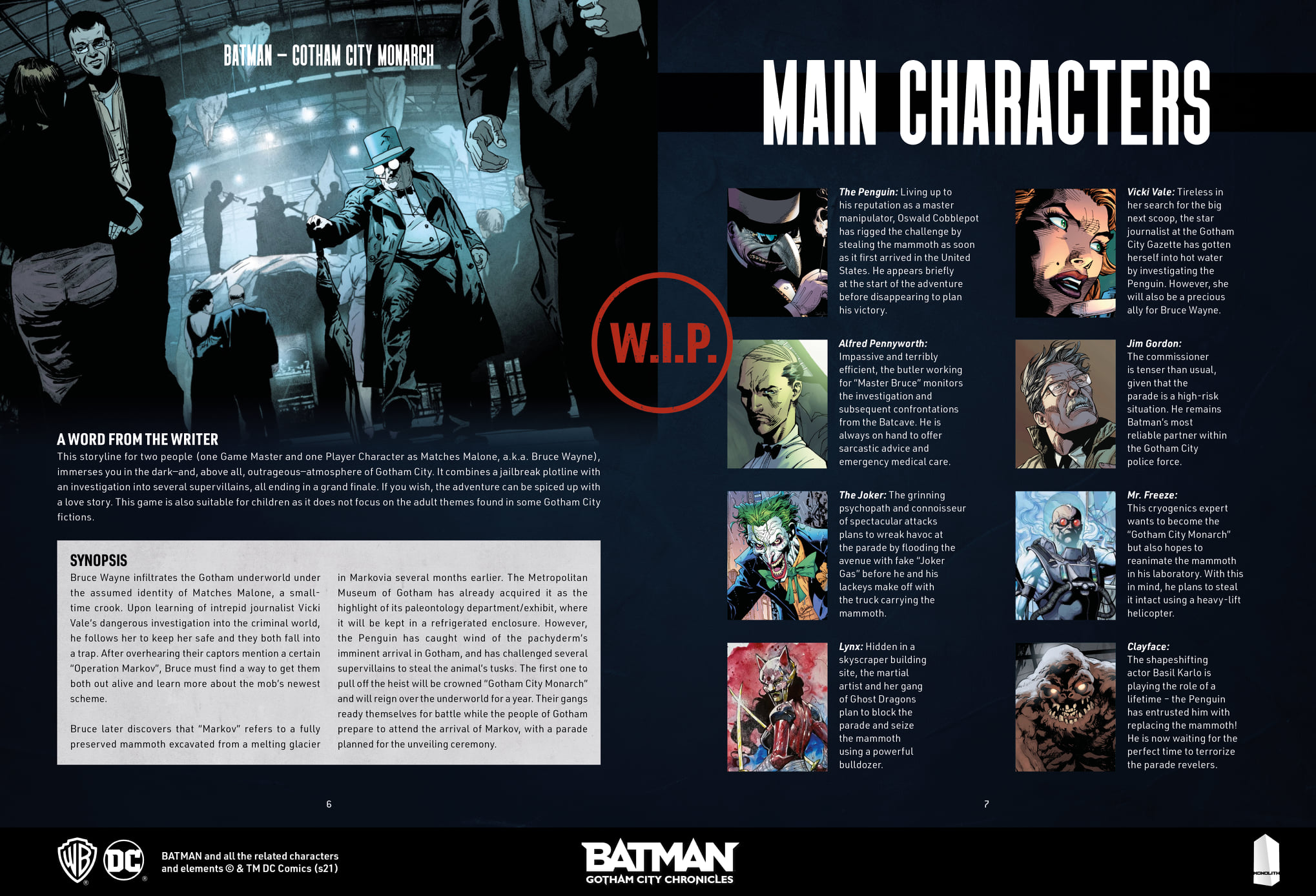 Accompanying all of this are excerpts of work in progress from each of the books. You can also find a character sheet template used for GCPD characters. 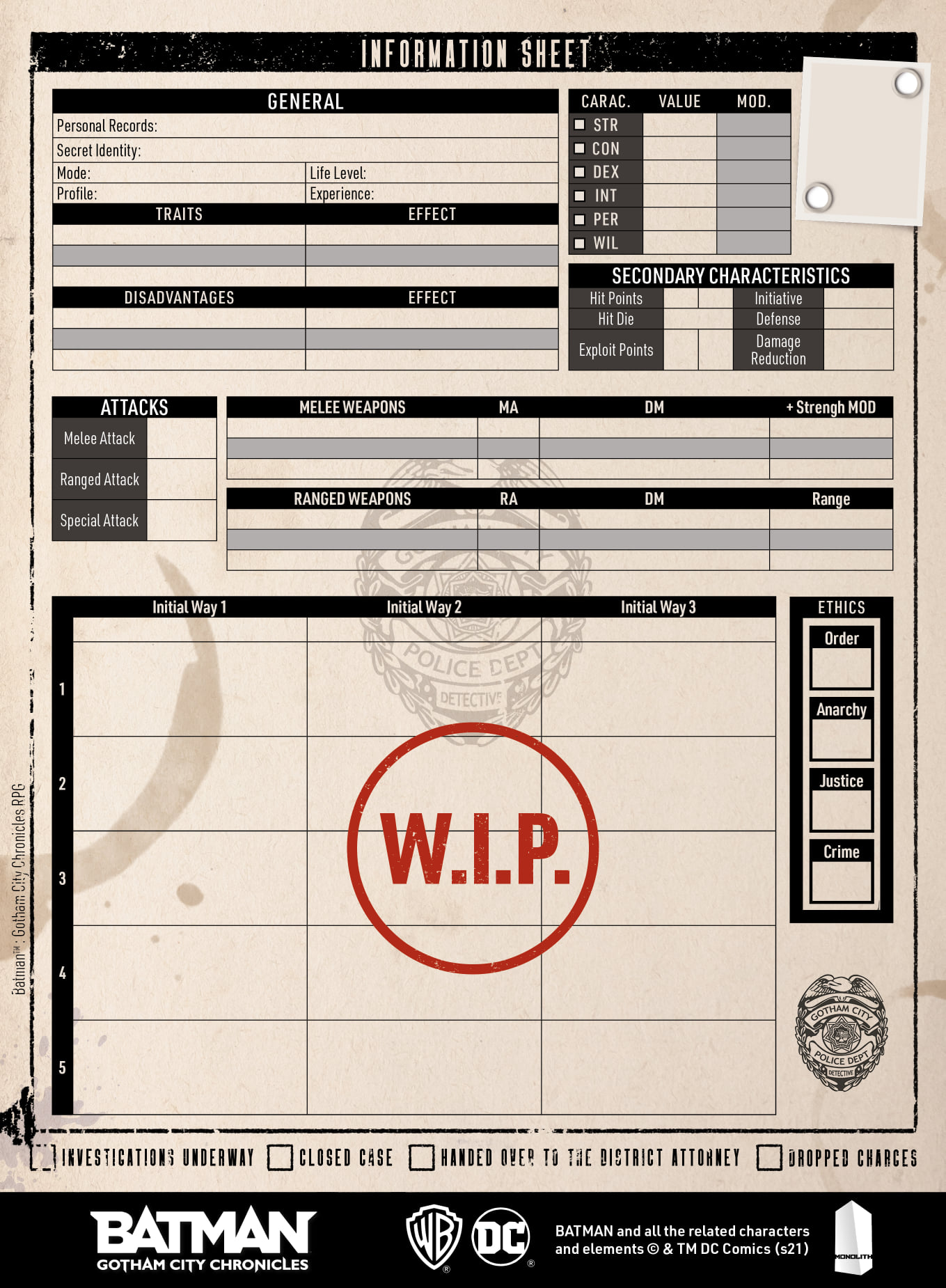 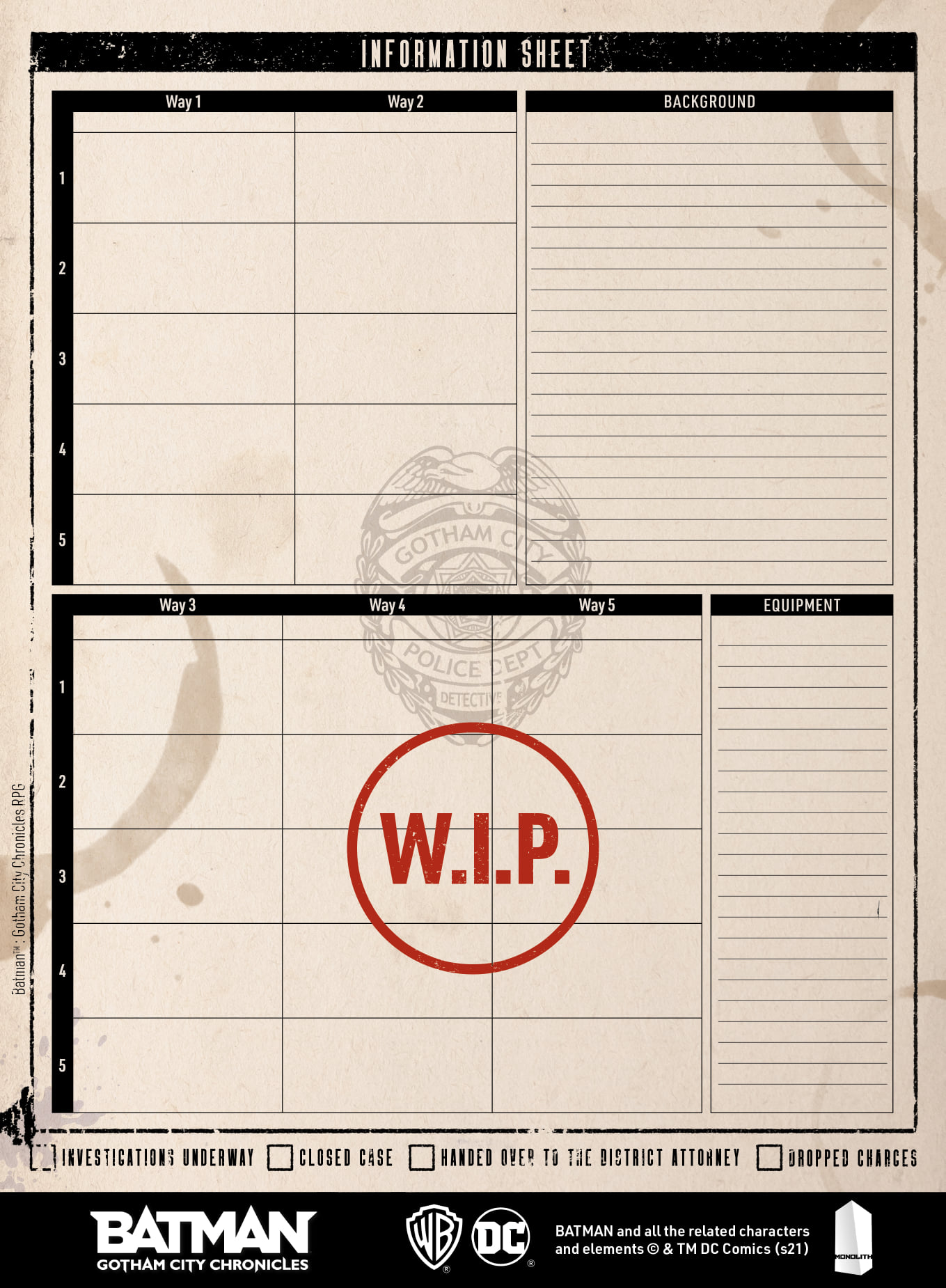 Monolith promises a launch “soon” — clarified to be sometime in the next few months. Expect early 2022 for more updates on the game, which will be entering some kind of crowdfunding campaign before actually launching.

What stories will you tell in Gotham City?