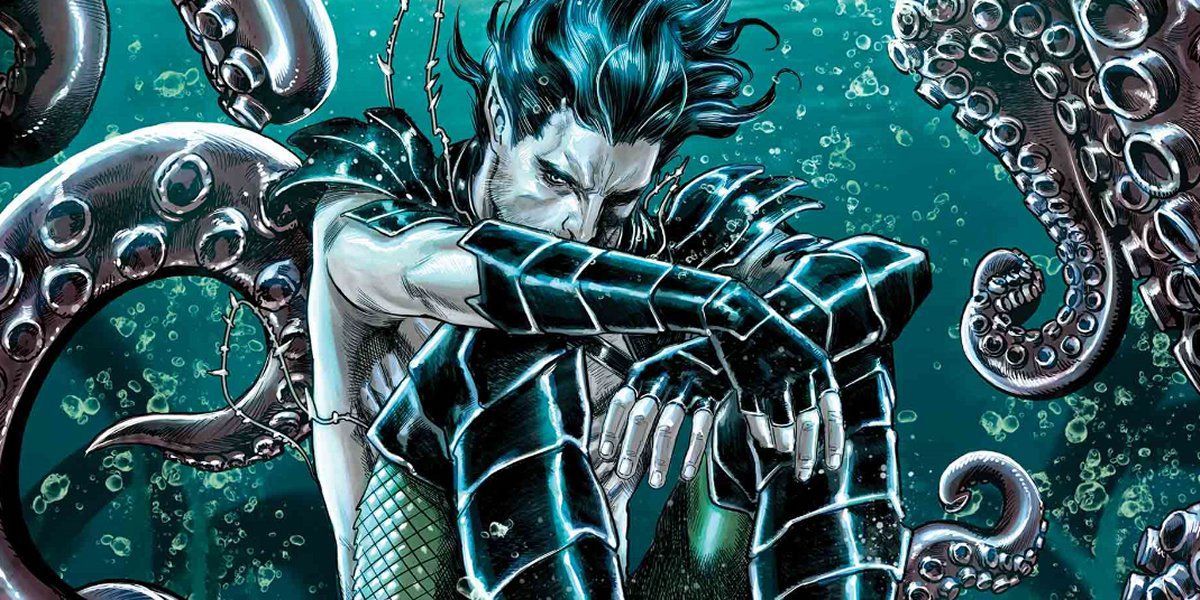 The Sub-Mariner has connections to several of the upcoming movies – this is where we think he could (and should) show up.

Marvel has made it clear that they intend to expand the MCU stories across time, space, and even other multiverses. But the production juggernaut has been understandably quiet about its underwater anti-hero, the Sub-Mariner. But all of that could change as phase 4 rolls out… could we see Namor in the MCU? 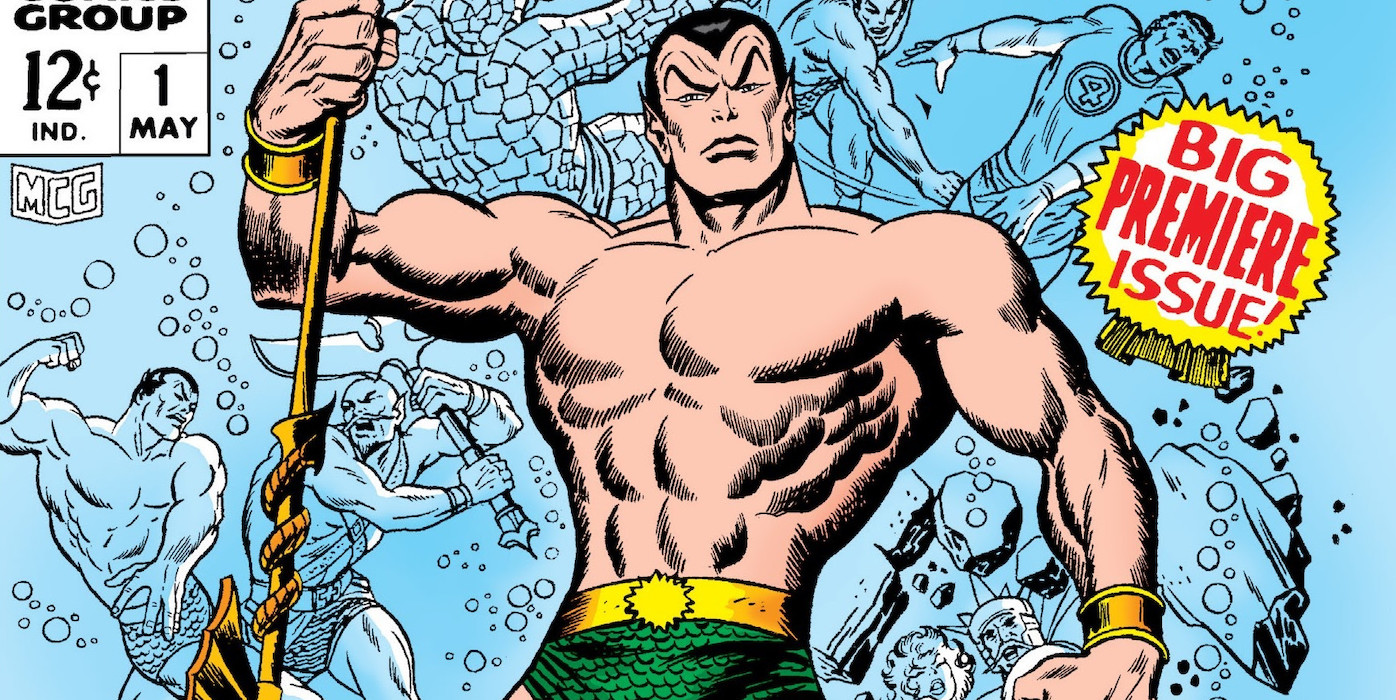 Deep Dive: The History of the Sub-Mariner

Namor was actually one of Marvel’s first characters, created by writer and artist Bill Everett in 1939. Like “fire and water”, he was imagined as a compelling counterpart to the original Human Torch.

The prince of Atlantis was the son of Fen, an Atlantean Princess who had fallen in love with sea captain Leonard McKenzie. The two were married, then torn apart by their own peoples. Princess Fen was taken back to Atlantis, where she gave birth to a pink li’l baby Namor!

Growing up as Atlantean royalty, he believed it was his purpose to defend Atlantis against the many damages done to them by the surface-dwellers. One of his first major battles was against the Human Torch, who had to save the island of Manhattan from Namor’s wrath in the form of a giant tidal wave. 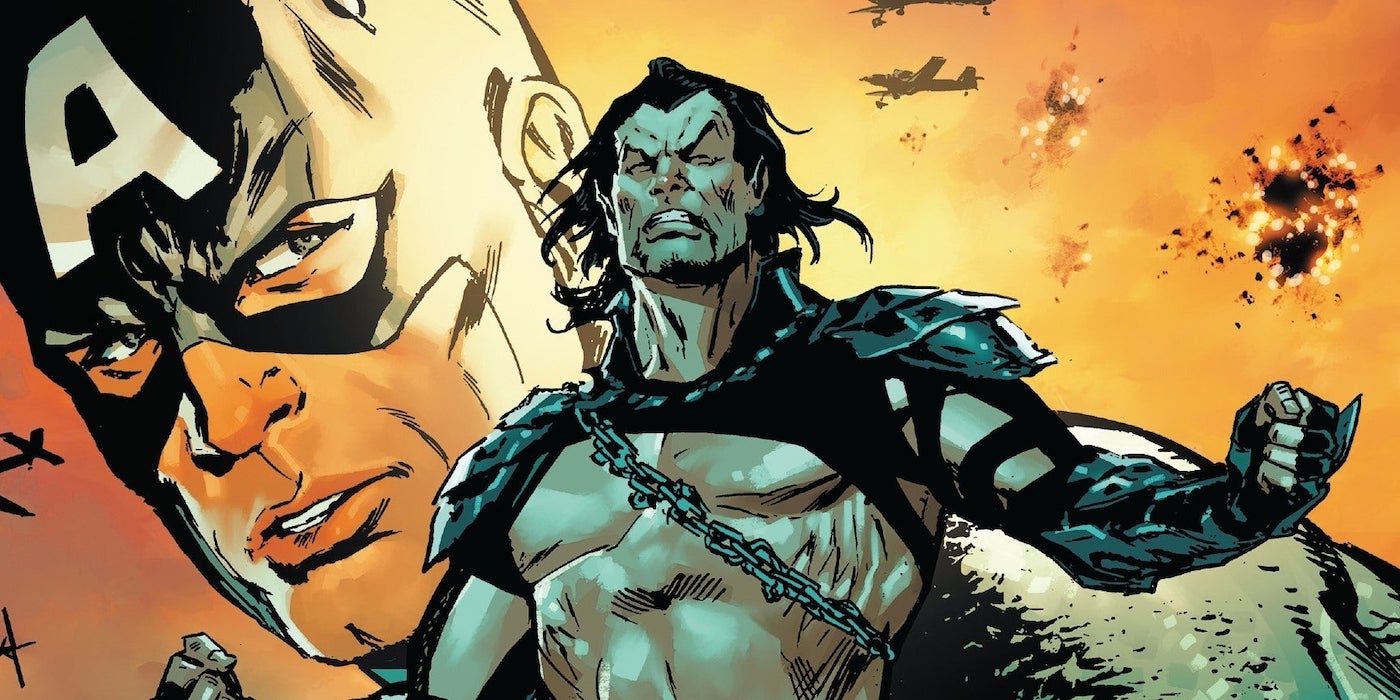 In 1940, Namor is persuaded to fight for the Allied cause. Together, Namor, Captain America, the Human Torch, and Bucky Barnes were fighting the Nazi invasion as The Invaders. Namor continued to appear in his own title and various team-ups through the 50s and comic book sales declined and the title was canceled.

In the early 1960s, Namor was brought back into the comics after a war injury. Found by the new Human Torch, Johnny Storm of the Fantastic Four, the Atlantean prince had forgotten his own identity. But once he’s returned to the water, his memory is revived, and he discovers an Atlantis that’s been ruined by humanity’s nuclear experimentations.

It’s the recurring theme of any Namor story, the wrath of the ocean. While his choices often seem extreme and a little erratic, his motivations are often understandable. Namor holds a lot of firsts in the Marvel comics universe, and among those is the title to ‘anti-hero’. 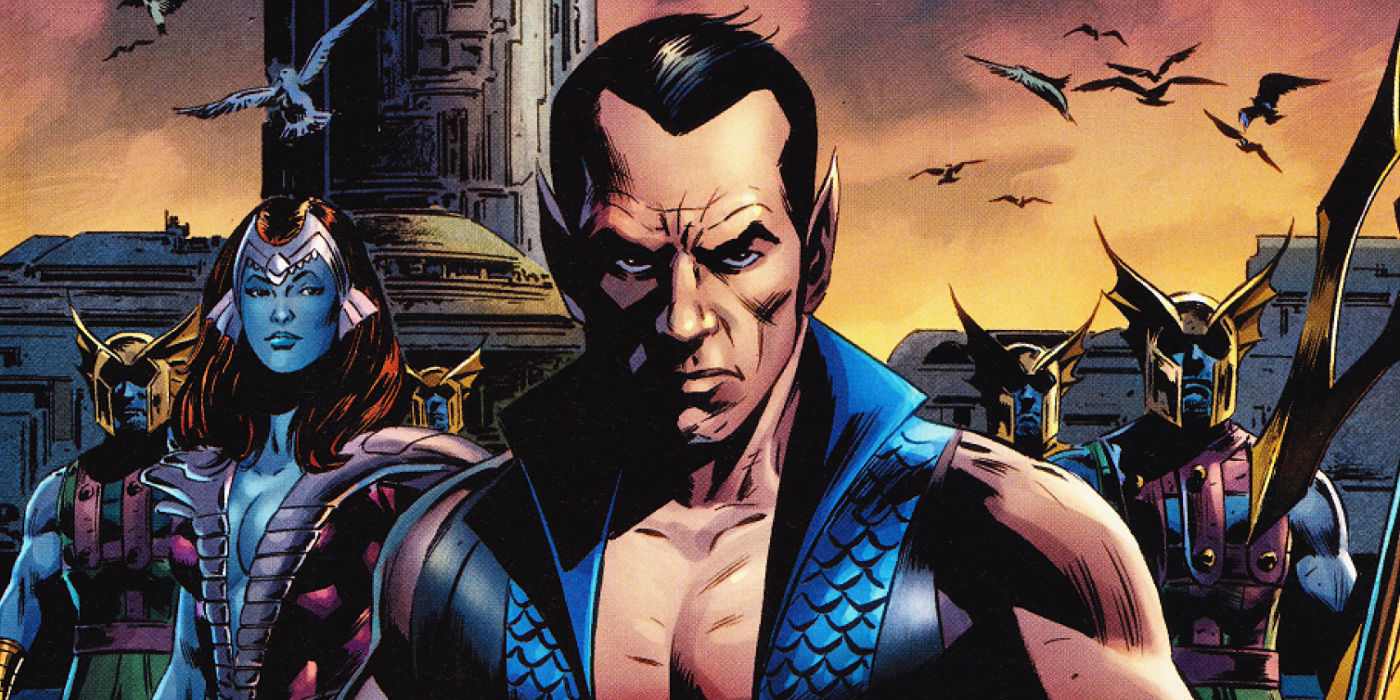 The Prince of Atlantis has the usual super-guy lineup of powers: superhuman strength, speed, agility, endurance. But being half Atlantean, he can also withstand extreme underwater pressure, breathe underwater, and see extremely well underwater.

Yes, he can telepathically communicate with all ocean life, including his fellow Atlanteans. He’s got lots of sunken treasure that he can easily turn into cash, plenty of ancient magical artifacts, advanced Atlantean technology, and probably the necklace that lady dropped into the ocean at the end of Titanic.

He can also fly using small wings on either side of his ankles, but that’s a power that doesn’t originate from his human or Atlantean heritage (more on that later.)

Hints & Clues for Namor in the MCU

When Endgame hit theaters, fans immediately picked up on the possibility that we’d get to see Namor in the MCU soon. While half of the population is blipped out, Black Widow and the remaining heroes are having a check-in session when Nat asks about underwater earthquakes.

Okoye, speaking on behalf of Wakanda, seems pretty keen on squashing the concern about the underwater event. Could it be because Wakanda is honoring Atlantis’ wish to remain hidden? Do these underwater disturbances suggest that Namor is starting to get cranky? 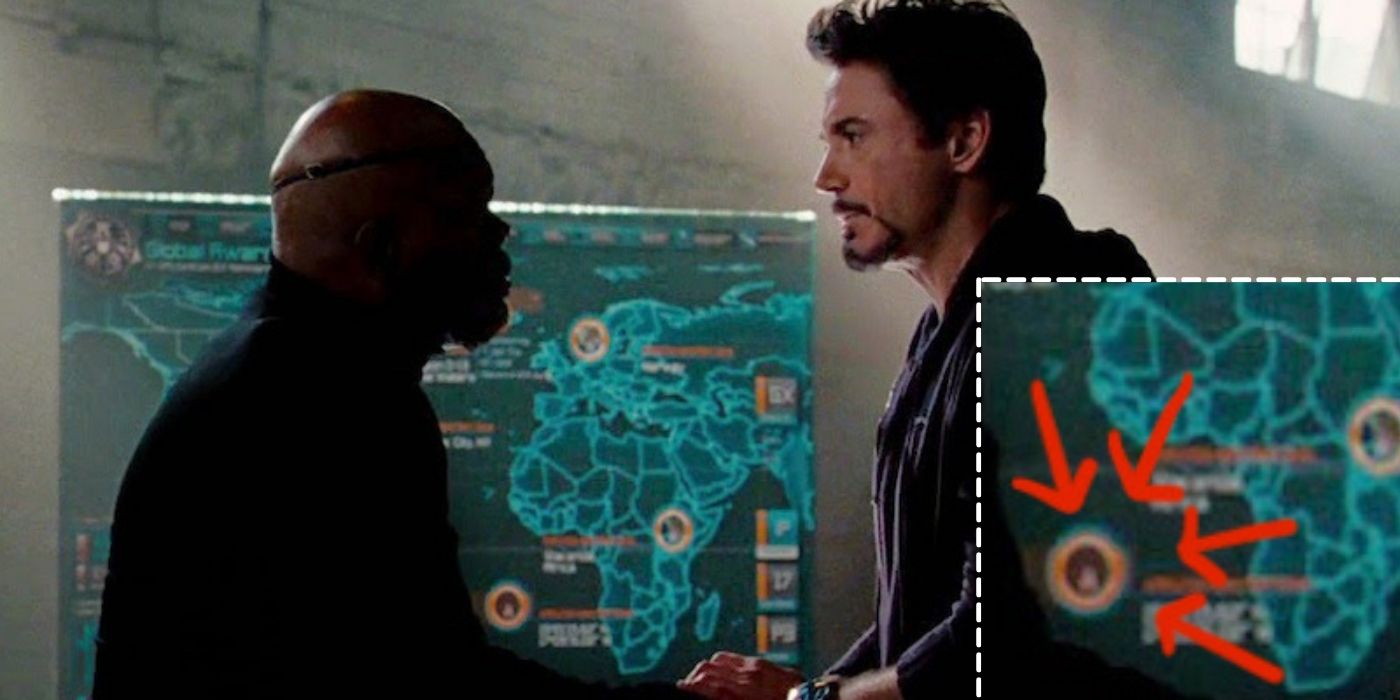 But waaaaay back in Iron Man 2, we may have gotten our first glimpse at Atlantis. If you notice, there’s a SHIELD dot on the map around what could be Wakanda. There is also, however, a dot off the coast of Africa.

While many speculators believe this was Marvel’s first Atlantean easter egg, I’m not sure I believe it was planted with the specific intention of bringing Namor into the MCU. It’s unlikely that SHIELD would have known about Atlantis at this point in the timeline, and if they did, Marvel will need to explain why the nation has been missing in major events thus far.

Could Namor be the Villain of Black Panther: Wakanda Forever? 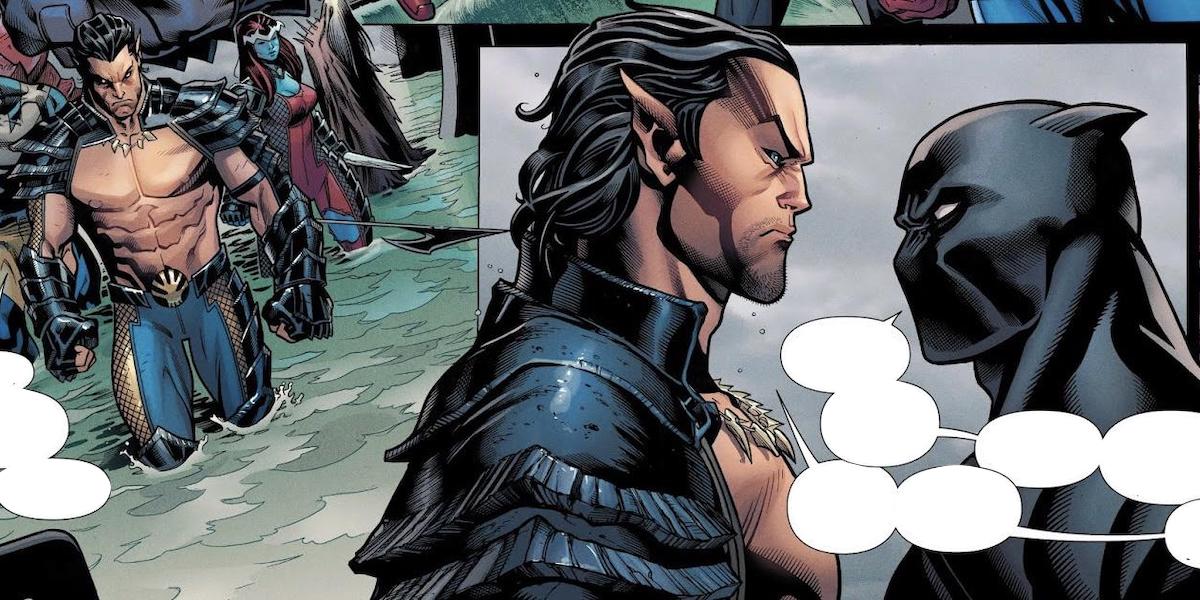 If the MCU sticks close to the source material, it’s likely that Namor and the nation of Wakanda could clash. T’Challa and the King of Atlantis have a frienemy relationship that makes Cap and Tony look like Frog & Toad.

Could Namor be worried that Wakanda’s status of opening to the world puts his own nation in danger? Maybe he’s just on the hunt for some vibranium. It’s unclear how or if the two nations will cross paths with the absence of T’Challa’s character.

In the comics, Namor also has a connection to the Eternals. When the immortal beings do battle with the Deviants, Atlantis falls into the sea along with the Deviants’ home. Could we catch a brief glimpse of Namor in the MCU as early as November?

Oh, and Namor is also a mutant. 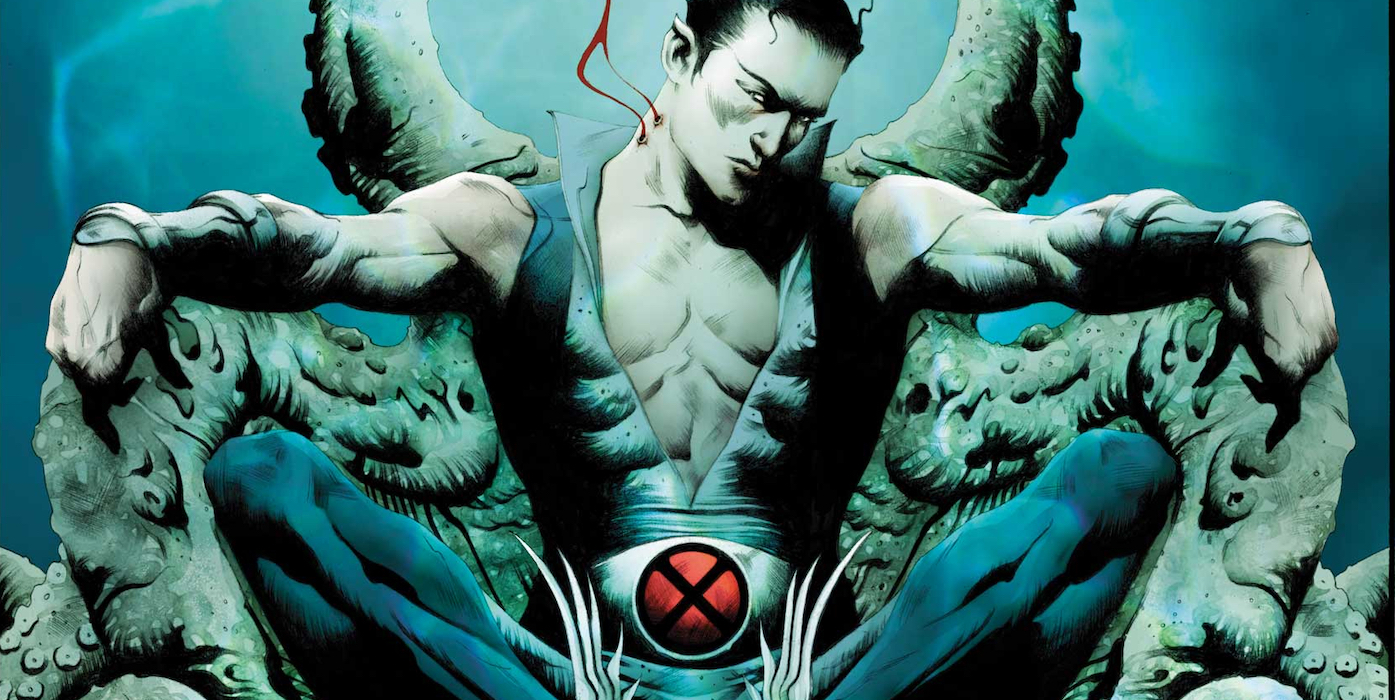 Technically Apocalypse is the oldest mutant, but Namor was the first. Those wings on his ankles that let him fly? They’re a mutation. Namor has a bonafide X-gene and has allied himself with the X-Men on many occasions.

Rumors circulating about Namor in the MCU are just that: rumors. However, speculator sources are running with the potential casting of Narcos star Tenoch Huerta. The actor certainly has the performance chops, and his brow game is on-point.

The Mexican actor possibly portraying the character has led to more speculation on the character design and origin. Some have entertained the idea that the MCU’s version of Atlantis could share roots with the Mayan civilization. This could influence not only the design of the undersea empire but the technological advancements of the Atlantean people. 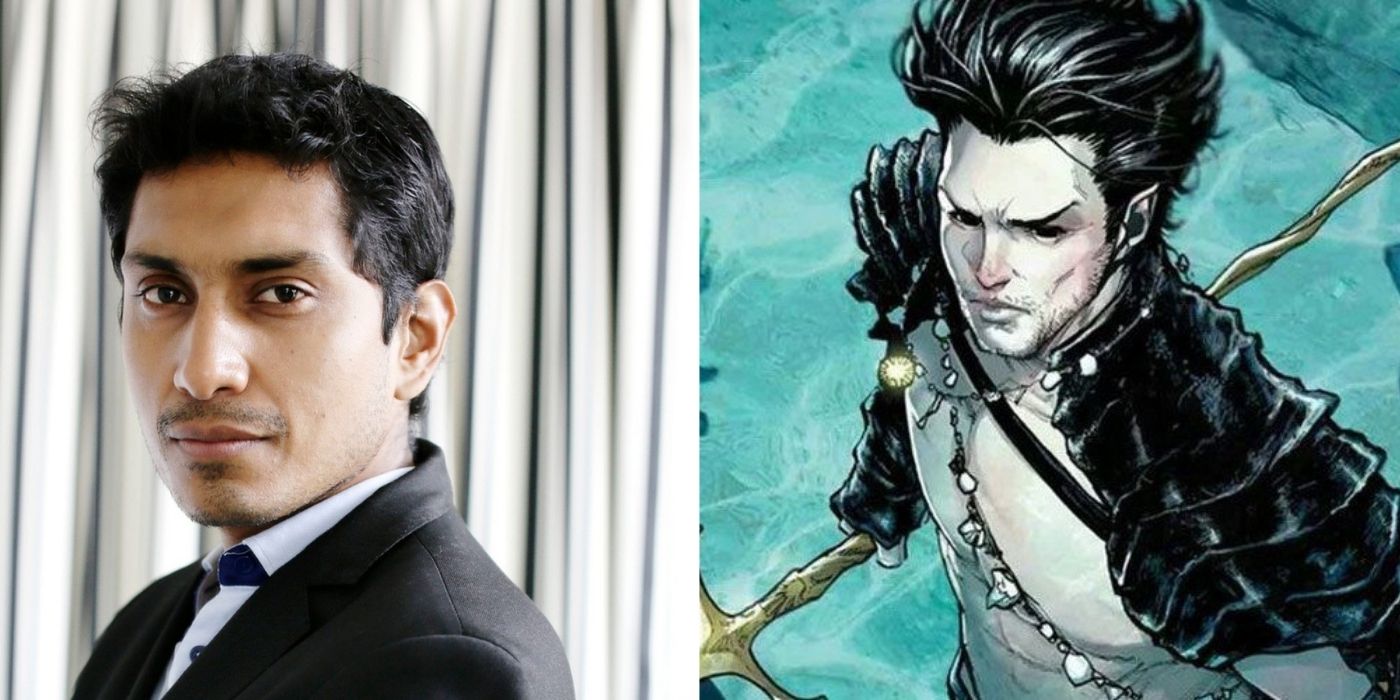 As Marvel ushers in an era of sympathetic villains and the blurred lines between “good” and “evil”, an anti-hero is exactly the energy we need. Namor has some of the best adversarial vibes in the MCU and has ties to other major Marvel properties we have yet to see on screen, like The Fantastic Four.

As Marvel gets its licenses in order over characters like Spider-Man, the X-Men, and the Fantastic Four, it’s not a question of whether Namor will appear and more a question of when. How long do you think we’ve got till Disney/Marvel takes this party under da sea?

Want to read more? To find out what’s up with today’s Namor, I read Marvel’s ‘Always an Invader’ by Chip Zdarsky & Carlos Magno

The story sees the old Invaders team back together again– only this time, it’s in an effort to stop Namor from attacking every human on Earth. The King of Atlantis has a terrifying plan and a secret history. Can his former allies stop him and save humanity before it’s too late?